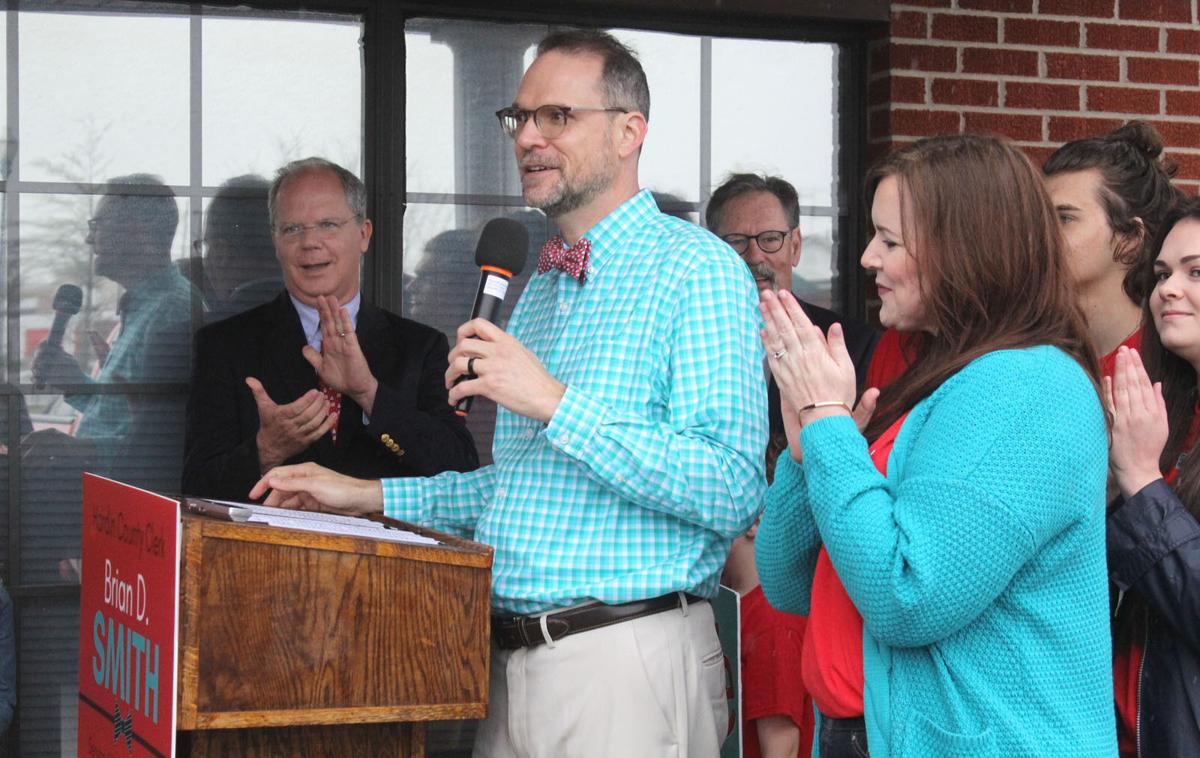 Brian Smith, surrounded by family and friends on Thursday in Radcliff, announced his intent to run for Hardin County clerk. 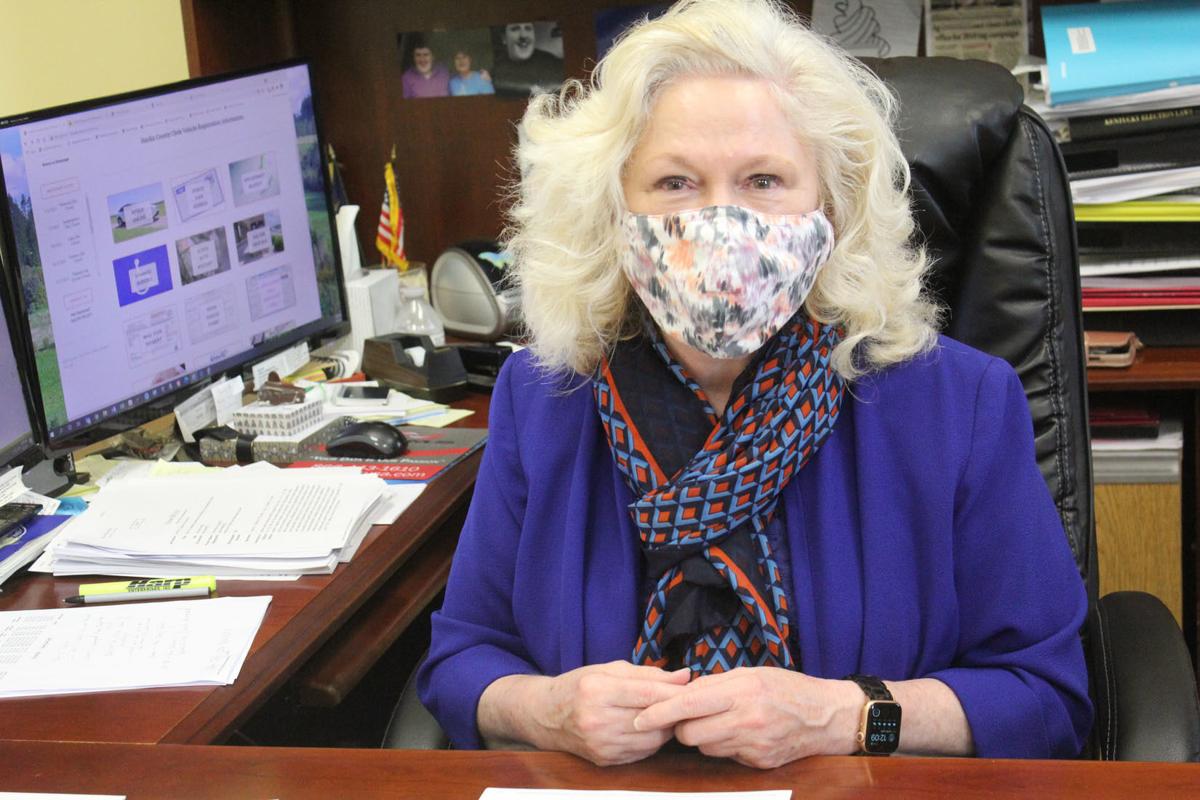 Brian Smith, surrounded by family and friends on Thursday in Radcliff, announced his intent to run for Hardin County clerk.

Brian Smith, who serves as director of economic development for Congressman Brett Guthrie and known for his penchant for wearing bow ties, will challenge incumbent Debbie Donnelly for the Hardin County clerk seat in next year’s election.

Smith, a Republi­can, made his announce­ment Thursday morning in Radcliff where he was joined by roughly 50 or more friends, family and supporters, who braved the rain outside of the county clerk’s former Rad­cliff branch.

The location of his announcement was no coincidence, Smith said. Should he be elected, he is committed to reopening the branch office that served northern Hardin County. He called its closure a “poor decision.”

“It reduced services and didn’t save the taxpayers any money,” he said. Smith said he would maximize the use of the office and offer as many services as possible at the location.

Donnelly, a Demo­crat, said Thursday she intends to seek a third term. She made the decision in 2018 to close the Radcliff branch and move its employees to the main office in the Hardin County Government Building. The Radcliff location only provided vehicle registration services.

Donnelly said there is a lot to factor in regarding the former Radcliff branch, such as money.

“You may want to do something, but just because you want to doesn’t mean that you can and that it’s feasible,” she said.

Smith said the closure of the Radcliff clerk’s office is just one of the reasons he is seeking to become the next county clerk. He said the clerk serves as the chief election officer in Hardin County.

As clerk, Smith said he would run elections that are “fair and accessible to all of Hardin County.”

During the past election, typical precinct locations were not open. Instead, voters were reduced to four voting centers throughout the county. Smith said shutting down polling locations resulted in the “suppression of the vote in Hardin County.”

Mail-in ballots and early voting, of which many residents took advantage, also were options last year. Donnelly said they had several residents, both young and old from all over the county, come in and vote for the first time during the election.

In the November election, the county saw a 53.68 percent voter turnout during a presidential election year.

Leading up to his decision to run, Smith noted he also met with county clerks in other parts of Kentucky. He said clerks in other counties came up with creative ways to continue to provide service to all of their constituents during the pandemic, but not Hardin County.

“Hardin County is the fourth largest county by geography and the sixth largest by population. We shouldn’t just be following best practices; we should be leading the way in best practices,” he said.

Donnelly said they’ve tried several different procedures to help better situations for residents, especially with vehicle registration. For instance, through June, people can currently text and join the line from their car, avoiding prolonged contact with anyone else and keeping them safe from waiting in the elements.

Smith’s previous work experience includes serving as Guthrie’s campaign manager for the 2008 election. He also served for four years in Gov. Ernie Fletcher’s administration as director of field services. Prior to his stint working for the state, he worked for nine years in various roles for Congressman Ron Lewis.

Smith, of Elizabeth­town, is married to the Brianne Bateman Smith. They have four children, Reagan, Tanner, Jonah and Everett.