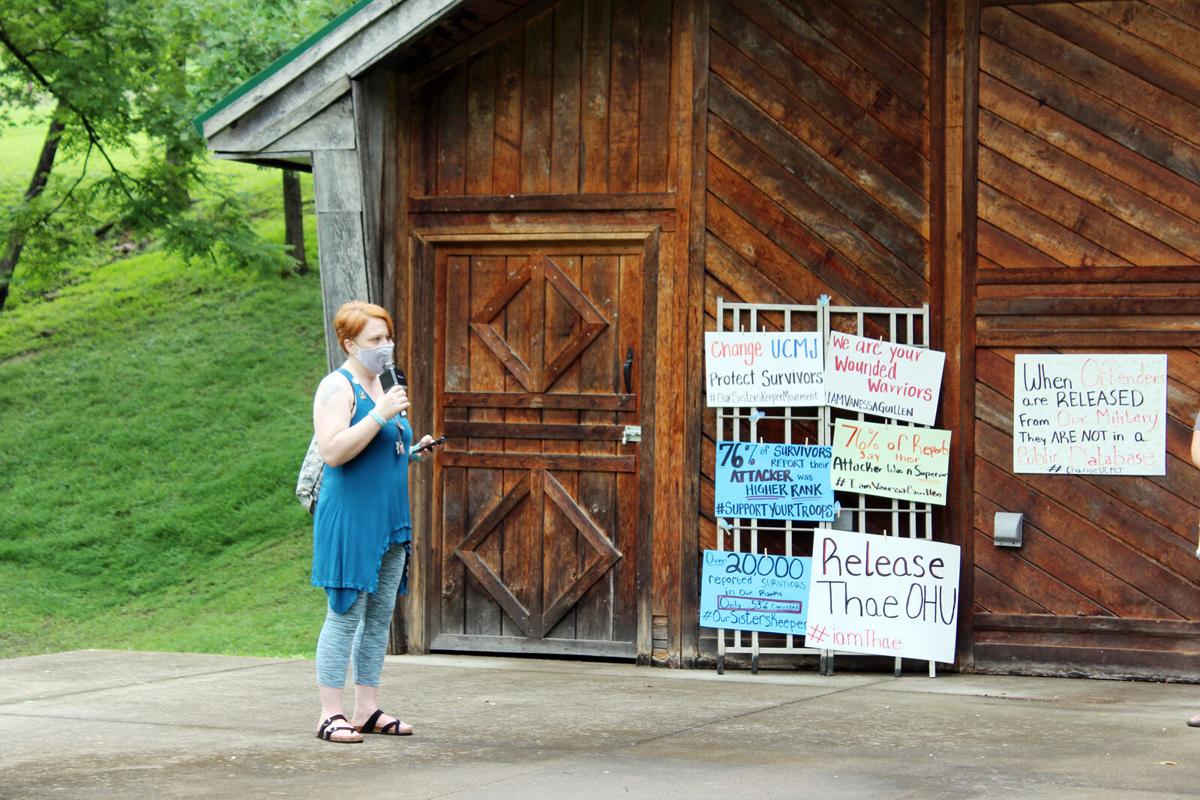 Heather DeBice speaks to a crowd of supporters at the Radcliff City Park Saturday afternoon in an effort to bring awareness to victiums of military sexual assault. 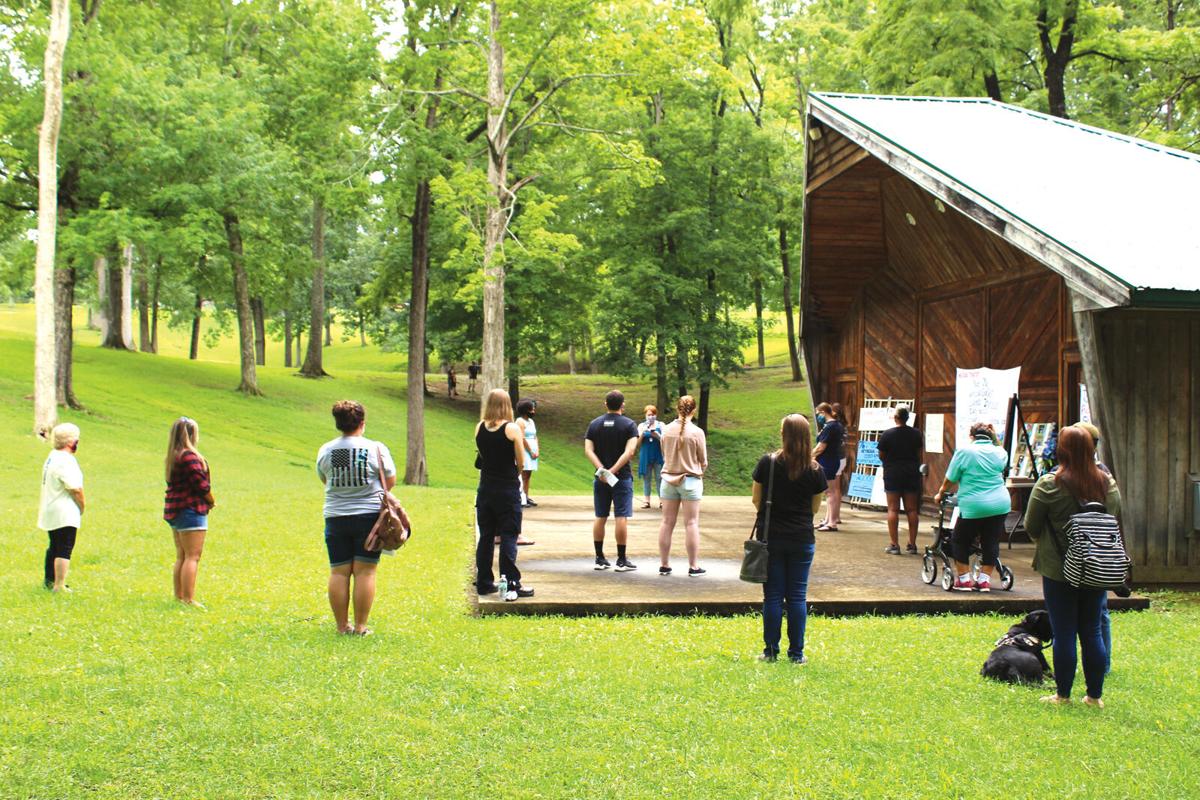 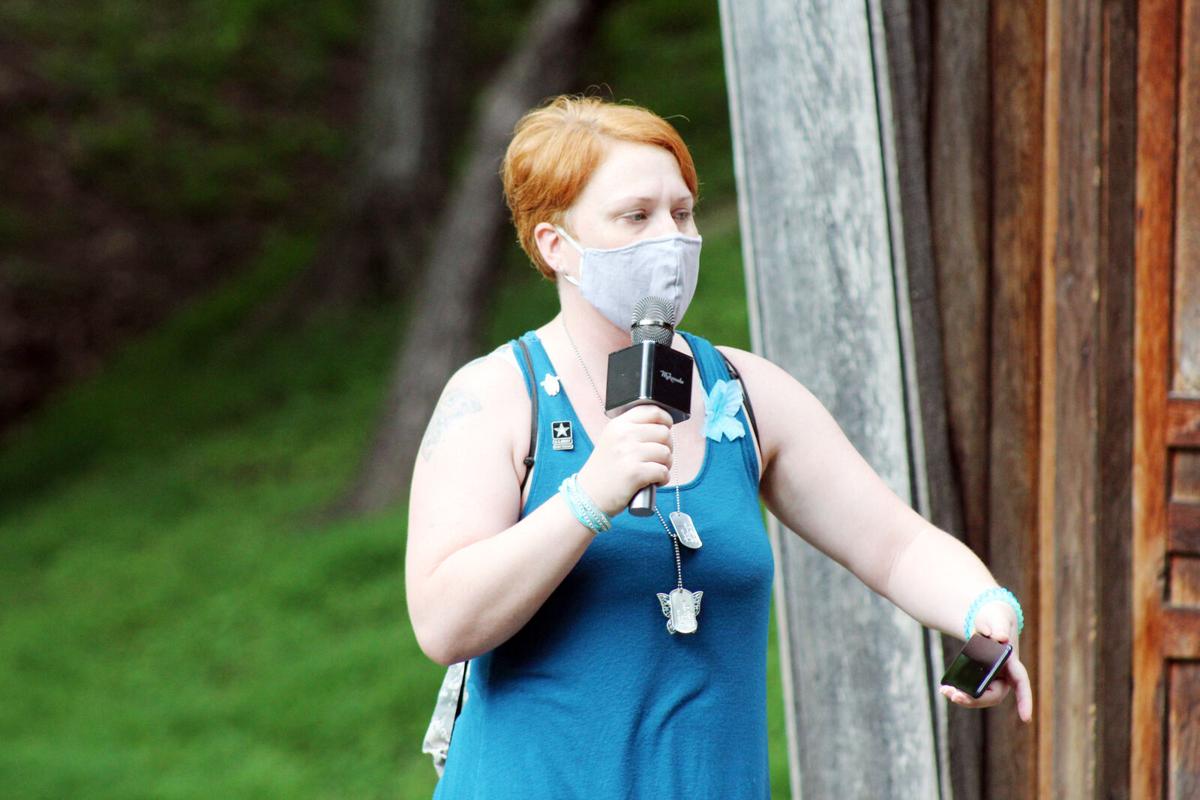 Heather DeBice, organizer of Saturday’s event, talks to the crowd about sexual assault in the United States Military. 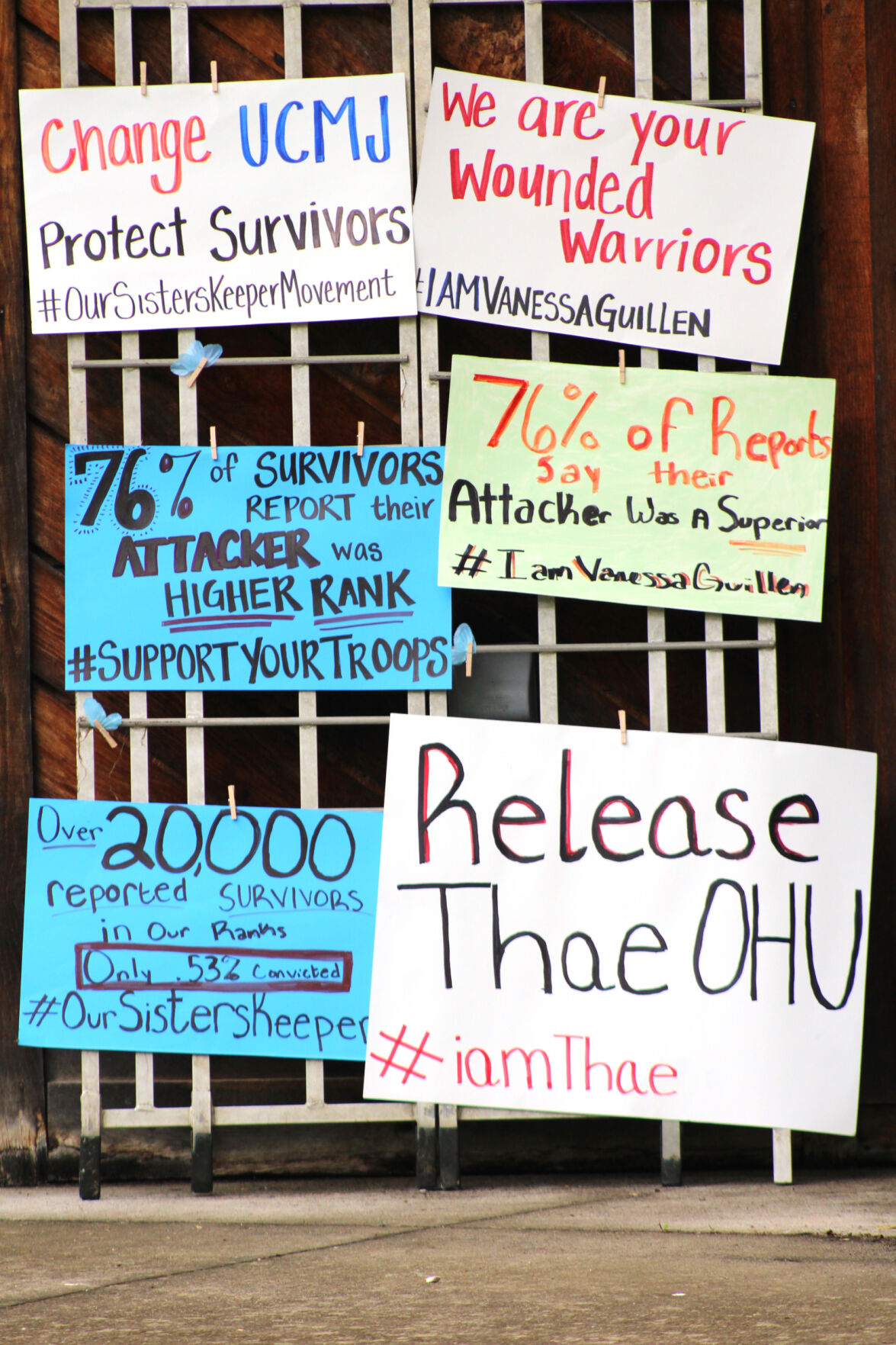 Signs hung at Saturday’s rally show some of the data regarding those who have experience sexual assault in the military. 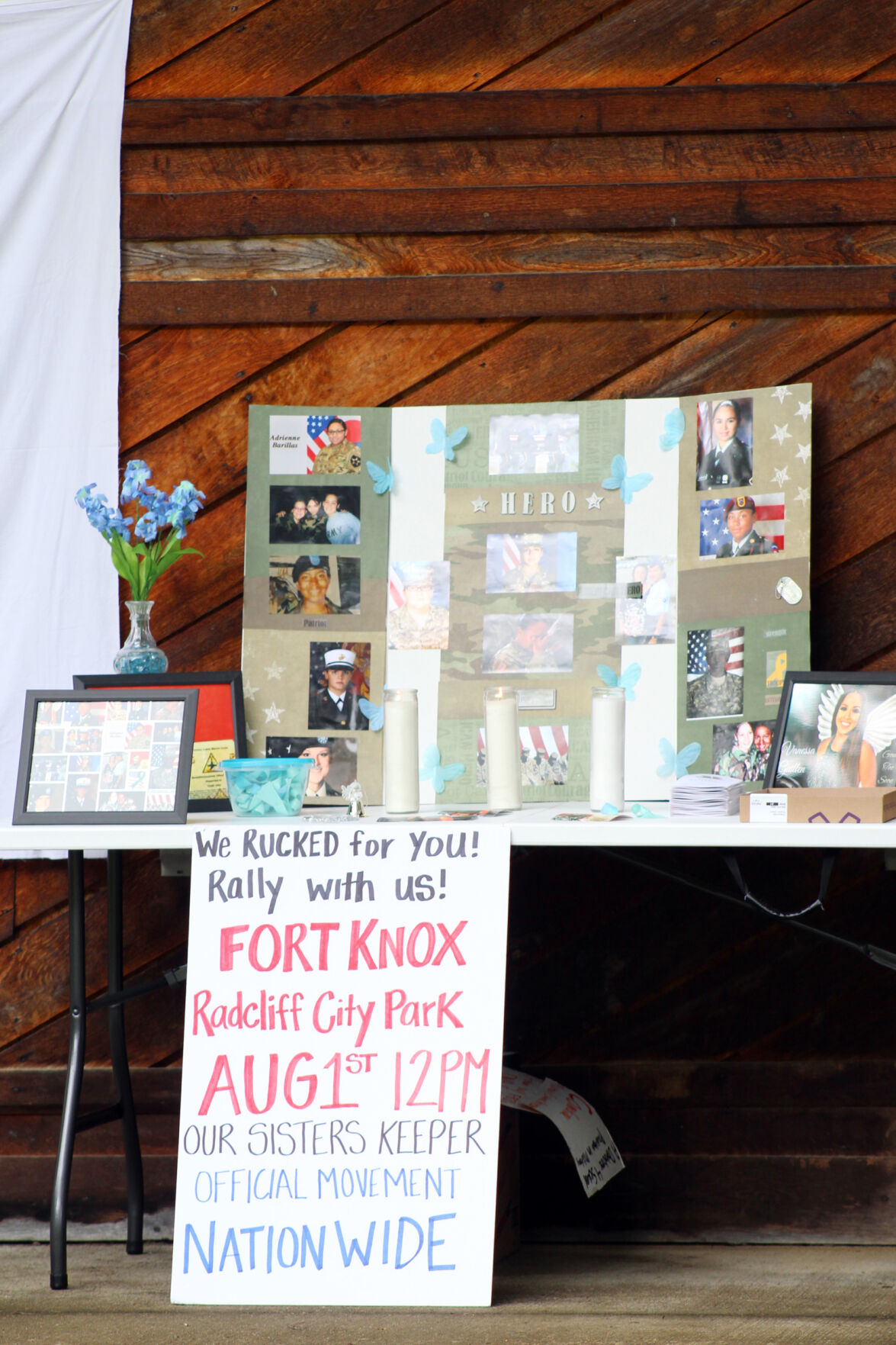 A table set up with information and remembrance for those affected by sexual assault in the military.

Heather DeBice speaks to a crowd of supporters at the Radcliff City Park Saturday afternoon in an effort to bring awareness to victiums of military sexual assault.

Heather DeBice, organizer of Saturday’s event, talks to the crowd about sexual assault in the United States Military.

Signs hung at Saturday’s rally show some of the data regarding those who have experience sexual assault in the military.

A table set up with information and remembrance for those affected by sexual assault in the military.

Saturday, women and men gathered to rally and support those affected by military sexual trauma.

It is a part of a nationwide movement that was held Saturday in 19 cities around the country.

Heather DeBice, a sexual trauma victim herself, organized the gathering. Her attacker finally was caught in the civilian justice system but not while she was in the military.

“Our rally will share information on military sexual trauma as well as the stories of soldiers affected by MST,” DeBice said of the event.

It began with a moment of silence. DeBice read the names of women who have experienced military sexual trauma and are known nationally. After she spoke, other victims shared their story.

One woman cried as others spoke, the woman later came forward to give her story. She was assaulted by two fellow soldiers on their first off base outing during medic training. She said they drugged her drink. The woman remembers being glad they did not kill her at the time.

She later became pregnant as a result of the attack. She kept silent because she was afraid she wouldn’t be able to complete her training if they knew she was pregnant. The woman said she had to stand side by side with her attackers for five more months until the training was over.

Her daughter now is 12, but she said she still lives with the pain of what happened.

Another woman said she is a veteran of 21 years and was assaulted by a superior officer. When she brought it to her female leaders, they laughed at her. She was 33 at the time.

Her attacker later attacked a younger soldier and was arrested. She said she spent the rest of her career making sure others were believed.

DeBice is a part of the Our Sister’s Keeper movement. The rallies Saturday were in reaction to the death of Army PFC Vanessa Guillen, who was murdered on-base while serving at Fort Hood, Texas.

She said thousands of sexual attacks happen each year in the United States Armed Forces but only a small percentage result in consequences.

According to the organizations data, 15 percent of active-duty personnel are women and one out of every three women experience sexual trauma during their enlistment term.

But many of the victims do not report their attacks because their attackers were above them in the chain of command or for fear of being harassed for speaking out, she said.

DeBice didn’t expect the amount of people who showed up and was glad to see them. She hoped to march to the gate on Fort Knox but Saturday’s stormy weather did not permit it.

She said her group has three changes they want to see made in how MST cases are handled by the military.

• Create a database of sexual predators in the United States military that integrates the Military Entrance Processing Station with the FBI’s Combined DNA Index System.

DeBice said to the crowd she hopes no one else has to go through MST and that more will be done to prosecute the attackers.