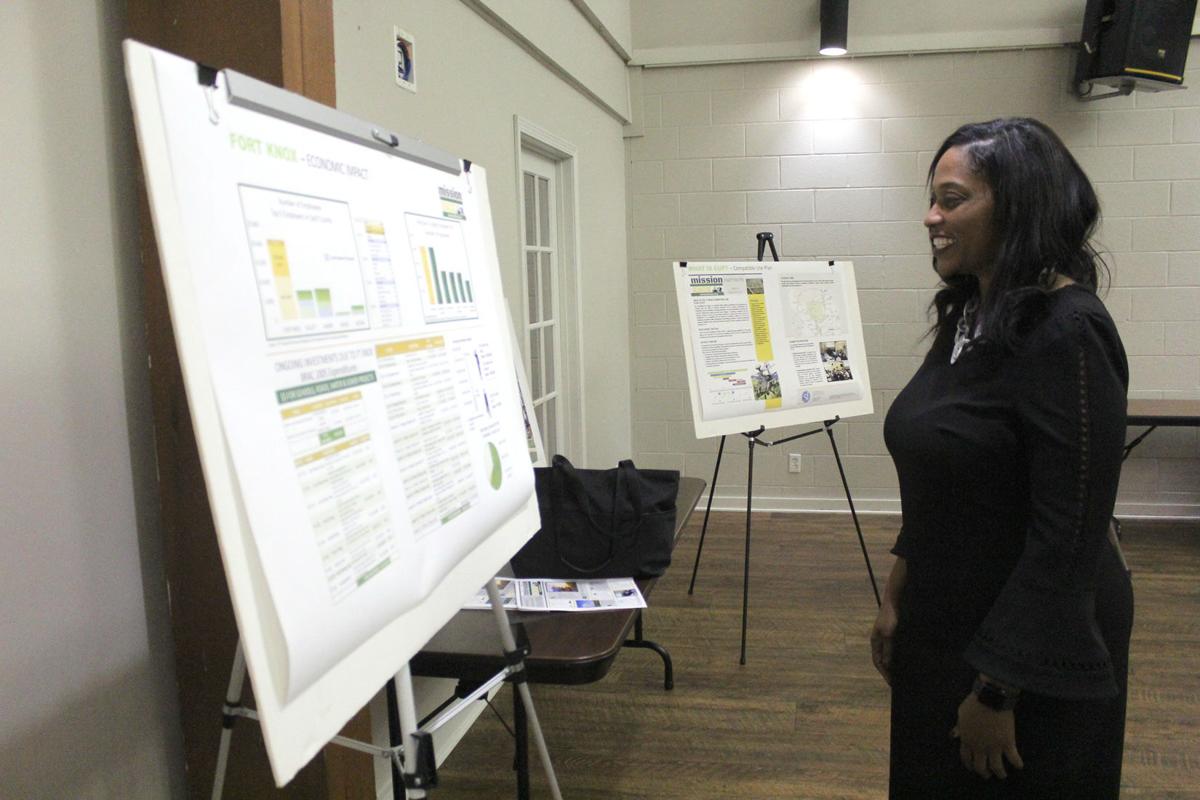 The Lincoln Trail Area Development District is conducting a Compatible Use Plan study that aims to ensure local and regional sustainability between Fort Knox and its neighboring communities.

During a participation meeting held Thursday evening at Colvin Com­mun­ity Center in Rad­cliff, Mike Robinson, a GIS specialist with the development district, said the process is a collaborative effort between the Fort Knox military installation, local and state government, local residents and other interested stakeholders.

The study area intersects several counties and municipalities including Bullitt, Hardin, Meade and Nelson counties, and is intended to evaluate military issues that interfere with daily civilian development that might hinder the mission of Fort Knox.

The Mission Knox effort includes several par­ti­cipation meetings, such as Thursday night’s. The next meeting is from 5 to 7 p.m. Wednesday at Shepherdsville City Hall, 634 Conestoga Parkway.

Attending Thursday’s meeting was Vine Grove resident Selena Hudson. She saw the event on Face­book and after read­ing up on it further, decided to attend.

The goal is to provide detailed data about existing or potential issues or policies that might create conflicts between military missions and the populations and governments of surrounding communities and the post.

The study uses the gathered data to analyze these policies and issues, Robinson said, and provide specific policy suggestions for implementation to address concerns.

This creates a documented framework and procedure for identifying issues and promoting ongoing discussion and policy modifications amongst the stakeholders, a fast fact sheet said.

“The end result being to maintain Fort Knox’s mission but also maintain the community’s around it viability,” Robinson said.

It’s projected that by December 2020, the study will produce a report and implementation plan to preserve military readiness and defense capabilities, while supporting continued community economic development and land use compatible with military operations.

If residents are unable to attend participation meetings, an online survey is open through November to provide input. To learn more about Mission Knox and the Compatible Use Plan study, including meetings times and locations, go to missionknox.org or the Mission Knox Facebook page.