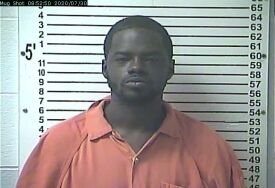 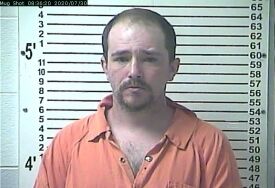 Jason Cunningham, 38, of Elizabethtown, and Lamarcus Henry, 27, of Vine Grove, each are charged with third-degree assault of a police or probation officer — a Class D felony punishable by one to five years in prison, if convicted, as well as several other charges.

Henry faces numerous charges after kicking a Ken­tucky State Police trooper twice in the chest with his right foot after he had to be forcibly put in the backseat of the KSP cruiser, according to an arrest citation.

Henry was clocked driving 56 mph in a southbound lane on South Wilson Road in a 35 mph speed zone and failed to stop when state police activated emergency lights, the citation said. He reportedly had several people in his vehicle when he drove to the 3000 block of Centennial Avenue in Radcliff before stopping.

The trooper told Henry to exit his vehicle and as he did, several people came out of a nearby apartment and ignored warnings, the citation said, when told to “get back.” In all, the trooper said 10 to 12 people were near his cruiser.

When more police units arrived, Henry got out of the vehicle and authorities attempted to place him in the cruiser. After he kicked the trooper, the trooper grabbed him by a leg to try and stop him from kicking. Henry was pulled out of the cruiser when he continued to fight and taken to the ground outside of the cruiser, the citation said.

He faces additional charges of second-degree dis­or­derly conduct; first offense driving under the influence of intoxicants; careless driving; speeding 21 mph over the speed limit; resisting arrest; second-degree fleeing or evading police in a motor vehicle and driving on suspended or revoked license.

He is being held in lieu of a partially secured $5,000 bond in the Hardin County Detention Center. He is scheduled to appear Aug. 7 in Hardin District Court.

Cunningham was arrested at Motel 6 by Elizabethtown police after he was found under the “influence of a substance,” the citation said, and he “seemed to have a reaction to the Narcan” when police used the spray which is intended to reverse an overdose.

When Hardin County EMS arrived to provide treatment, Cunningham reportedly kept yelling profanities and was told if he continued to be loud he would be charged. While he was being taken to Hardin Memorial Hospital, he reportedly threatened the officer by saying he would “punch, kick me, karate chop me” the next time he saw him in public.

Cunningham was released Thursday morning from the Hardin County Detention Center on a $5,000 unsecured bond. No follow-up court date has been set.