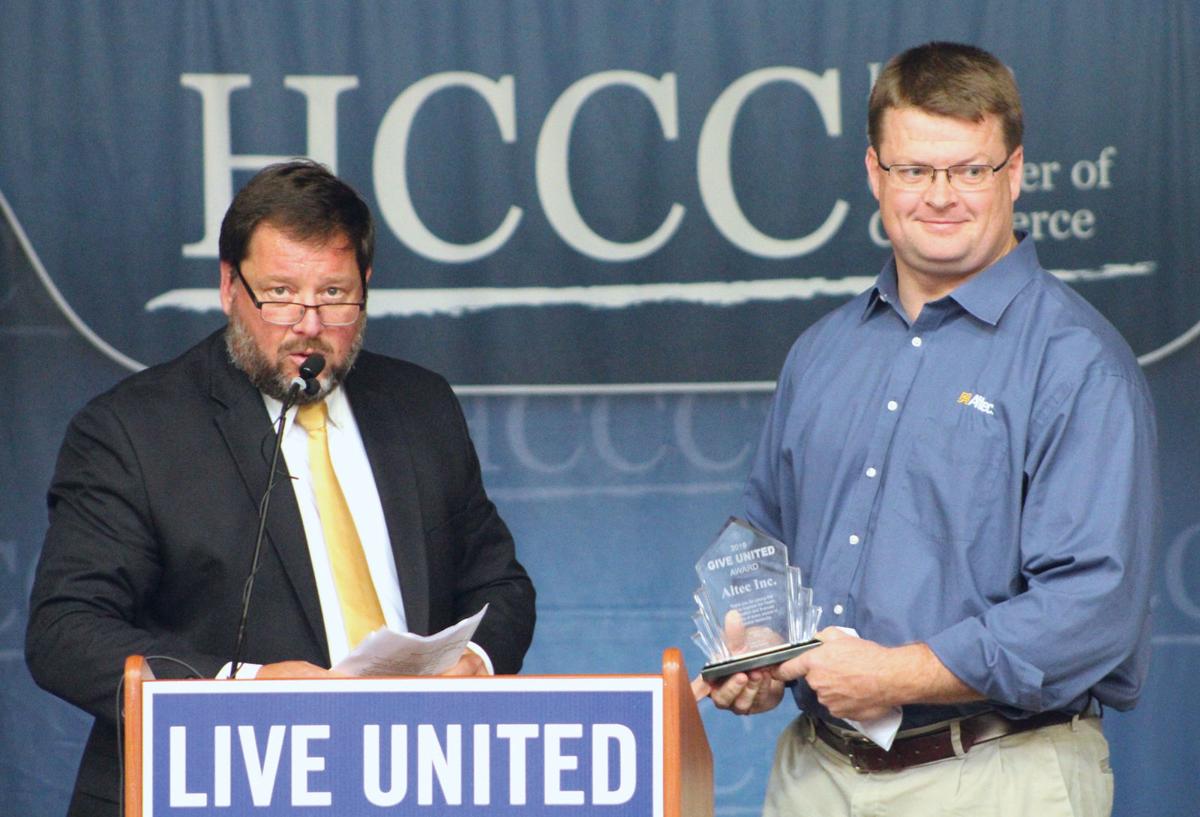 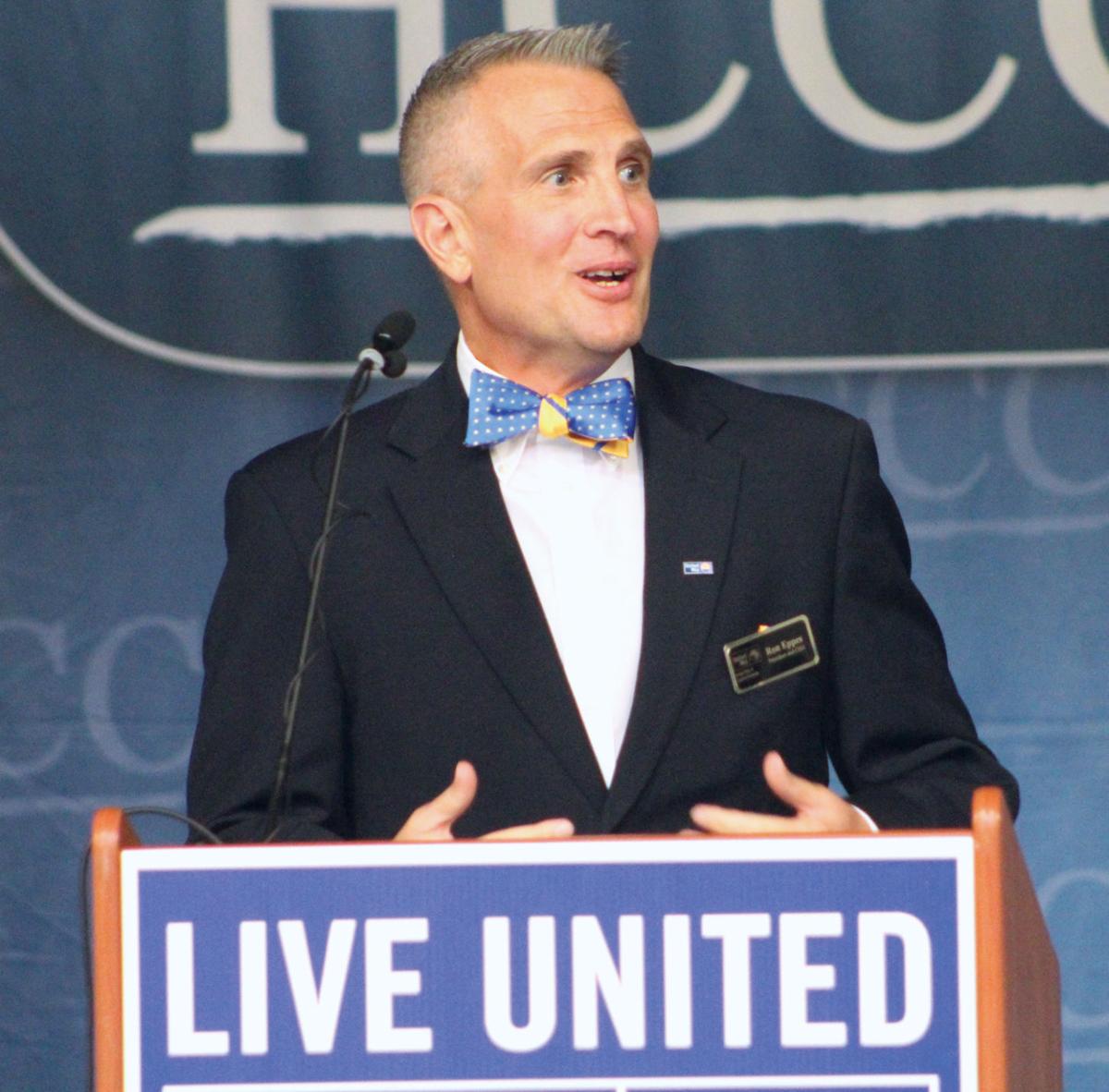 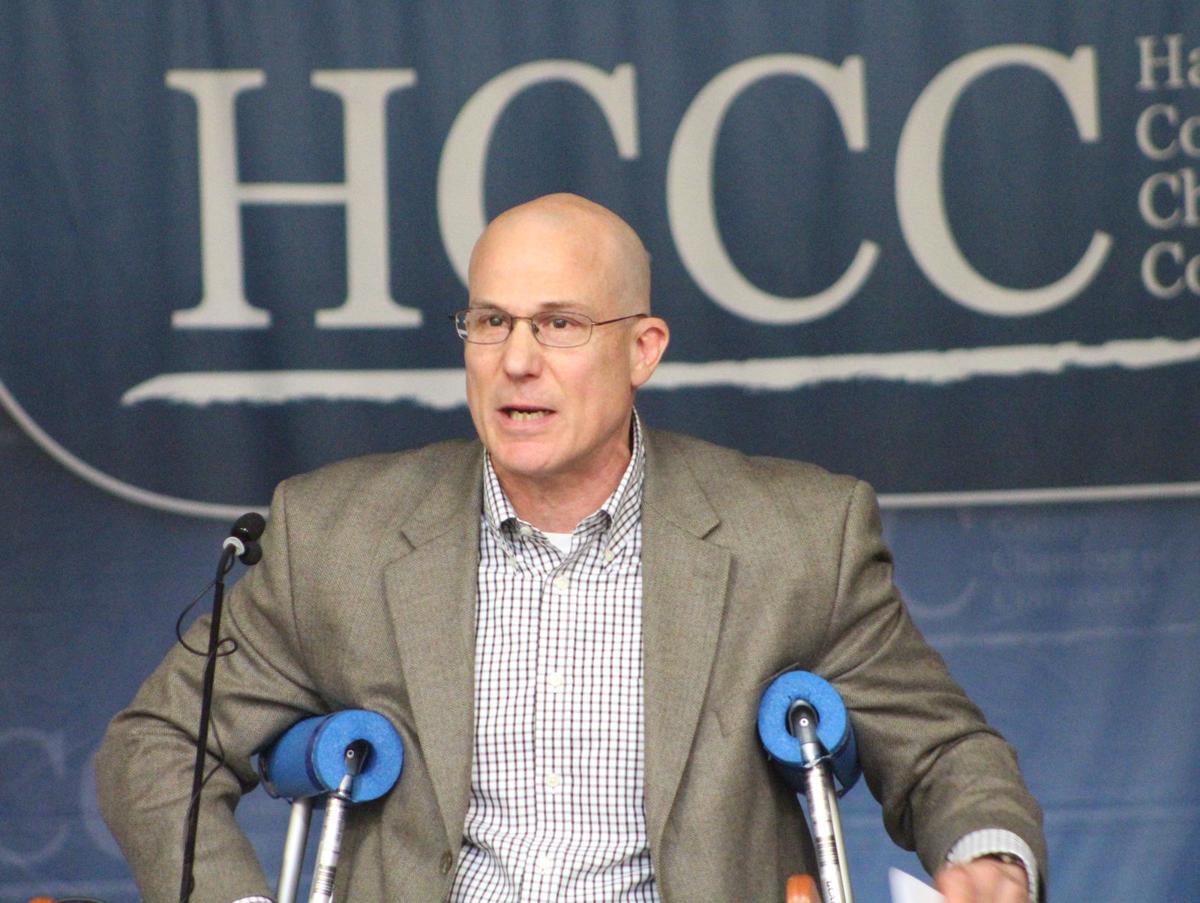 United of Way of Central Kentucky touted its 2019 fundraising campaign and demonstrated the successes of the 2018 campaign during the Hardin County Chamber of Commerce’s Sep­tem­ber luncheon Wednesday afternoon at Pritchard Community Center in Eliza­beth­town.

According to UWCK 2018 board chair­man Jon Ballard, the organization ser­ved 59,000 people last year. The campaign raises money to benefit the health, education and financial stability of people in Hardin, Meade, Breckinridge, Gray­son and LaRue counties.

During the luncheon, the organization also pre­sen­ted three awards to volunteers and contributing businesses. The Nelson Kelley Volunteer of the Year Award went to Jim Rachlin and Dan Molnar, both of whom volunteer through United Way’s Volunteer Income Tax Assistance program.

“Let’s take today as that line in the sand to step up,” she said. “If you’re already doing, do more and if you’re not doing, get out of your chair and start.”

The Give United Award went to Al­tec Industries, with facility manager Shane Wilson accepting the award. Wil­son touted United Way’s Way to Work program during his remarks, a program Altec has participated in. Way to Work is designed to provide underemployed individuals with full-time employment while providing them with financial literacy resources and soft skills training.

“They receive these benefits for life,” Wilson said.

Organization President and CEO Ron Eppes also emphasized Way to Work, en­couraging participants to give, advocate and volunteer for United Way in order to continue the program.

“What we are doing is we are interrupting the cycles of generational poverty,” he said.

Campaign chairman Tracy Schiller drew on his experience as a former chief of the Elizabethtown Police Department to emphasize the importance of United Way’s mission and programs.

“No matter what the call for service was, we were responding to symptoms of greater problems,” he said. “ ... We need a resource broker, and that’s Uni­ted Way. They have the unique ability to bring all of these tremendous services in our area together to help you find out what’s best for your personal needs and the needs of your friends, your family and those around you.”

In addition to speakers from United Way, Wednesday’s luncheon included an appearance from retired Brig. Gen. James Iacocca. After leading the Pledge of Allegiance, Iacocca paid tribute to those lost on Sept. 11, 2001, commemorating the 18th anniversary of the terrorist attacks.

Iacocca, who now heads the Knox Regional Development Alliance, said he was serving as an adjutant with Delta Force at Fort Bragg, North Carolina when the attacks happened.

“This day is a day that reminds me of how great our nation is, of service, sacrifice and patriotism,” he said. “Our nation can and will rise to the challenge.”