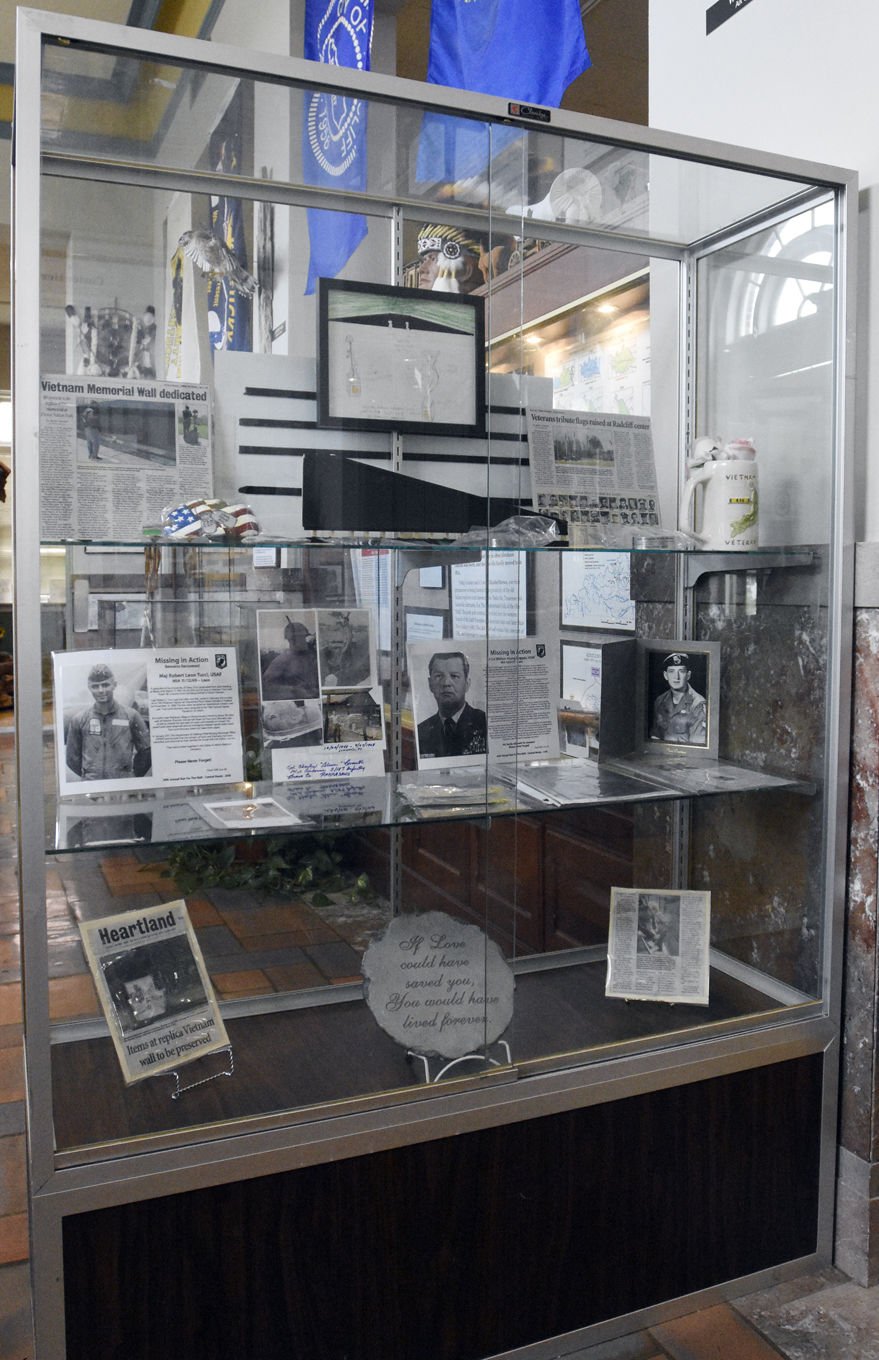 Items left at the scale replica of the Vietnam Veterans Memorial in Elizabethtown sit in a display case Thursday at the Hardin County History Museum in Elizabethtown along with other items about the memorial. 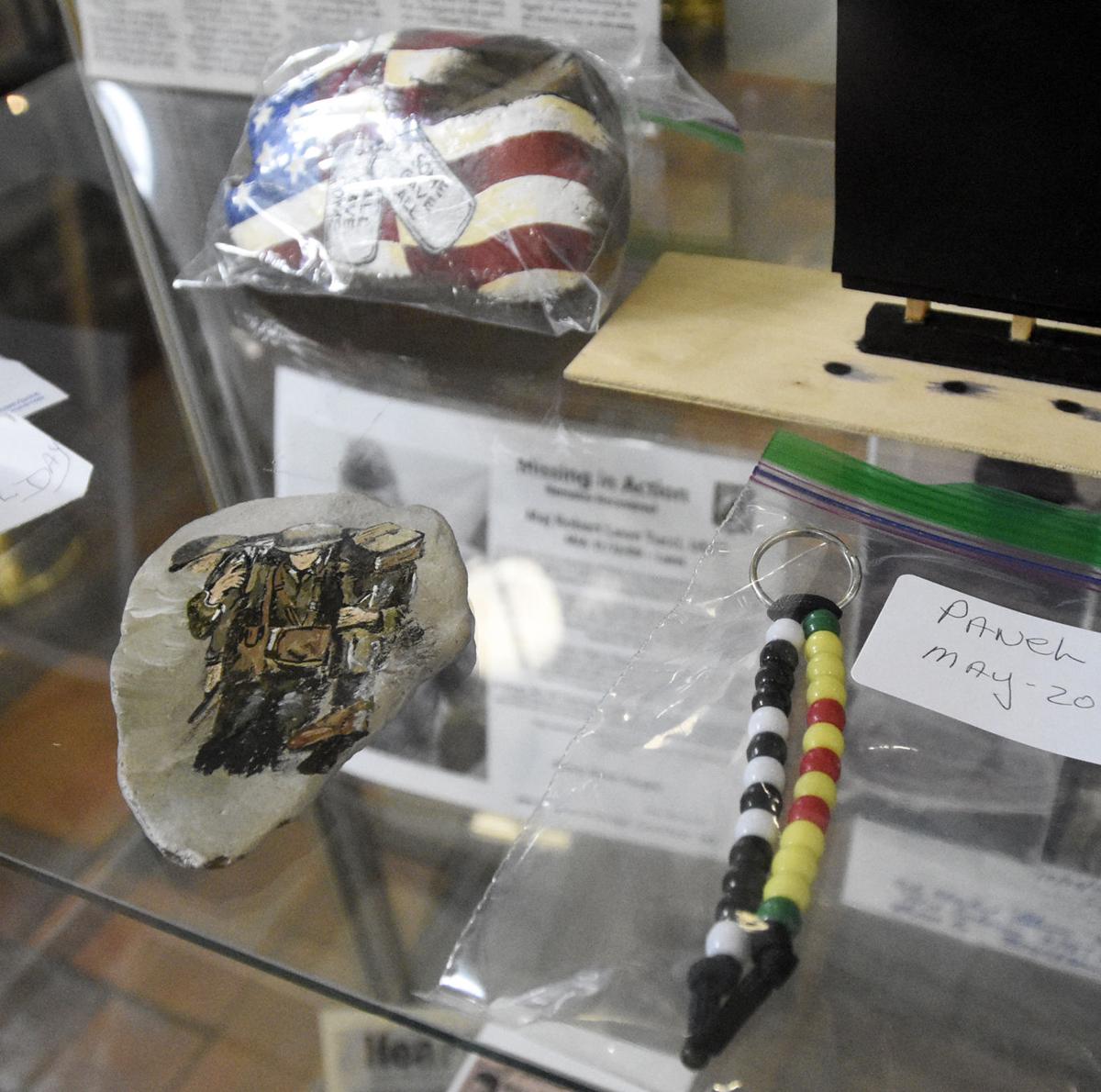 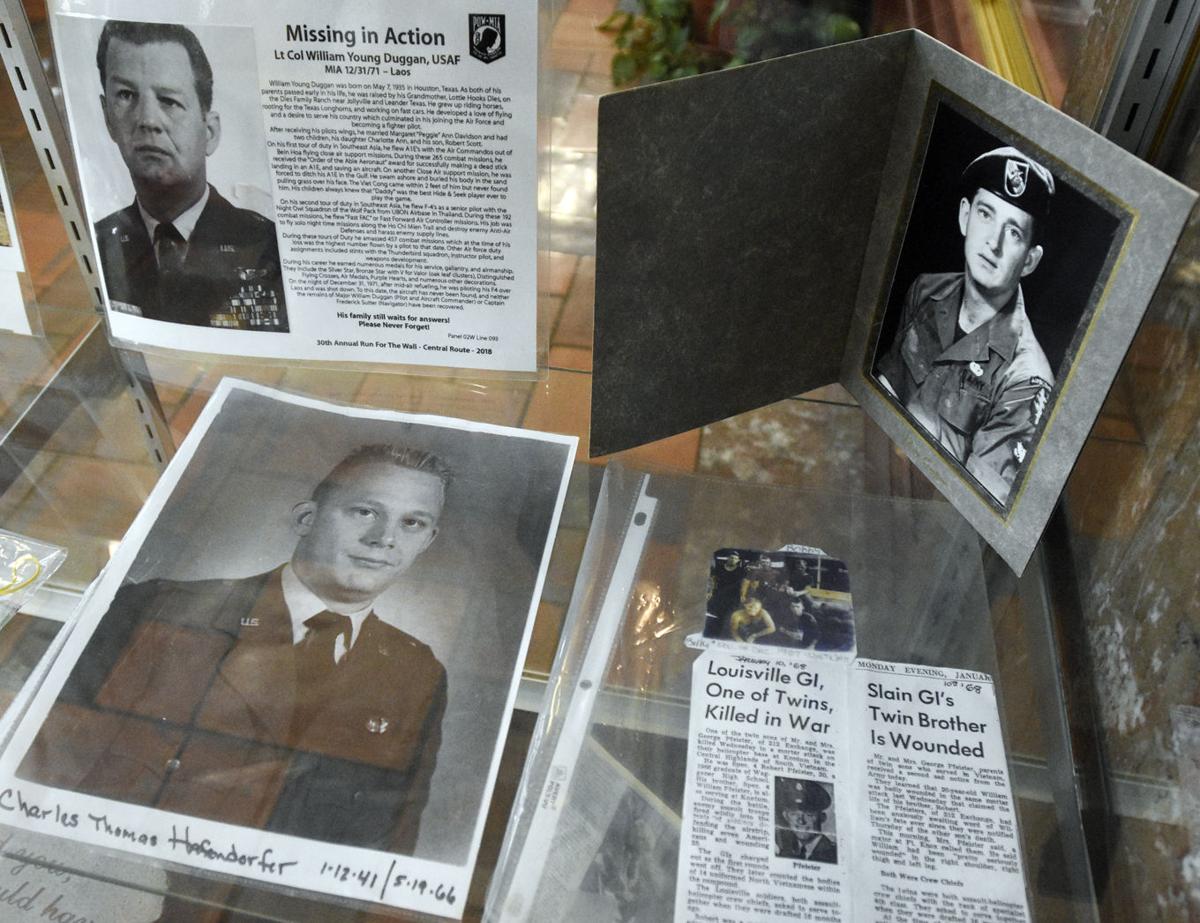 Items left at the scale replica of the Vietnam Veterans Memorial in Elizabethtown sit in a display case Thursday at the Hardin County History Museum in Elizabethtown along with other items about the memorial.

A new exhibit featuring memorabilia left at the replica Vietnam Memorial Wall in the Elizabethtown Nature Park is on display at the Hardin County History Museum.

Bill Bennett, chairman of the Hardin County History Mus­eum board, said about 20 items currently are on display, ranging from letters and newspaper clippings to photographs and engraved stones.

The decision to house and display non-perishable items left at the Vietnam Veterans Memorial was made by the museum board.

Bennett said the case housing the items is near the front of the building because staff thought the items deserved a prominent and highly visible spot.

Bennett said any overflow, which he expects, will be placed in a larger case in the back. He said the museum’s staff discussed the future possibility of a small building near the new wall to house veteran memorabilia.

Bennett said Veterans Tribute President C.T. Christie collects the items from the wall and filters what comes to the museum.

Bennett said he finds the handwritten notes left at the wall “heartfelt.”

“You read this and see how much they miss the people they love and not only that, they honor them for their ultimate sacrifice,” he said.

“They absolutely love it,” he said. “It’s a great heartfelt tribute to those who fought in the Vietnam War.”

The Hardin County History Museum at 201 W. Dixie Ave., Elizabethtown, is open from 10 a.m. to 1 p.m. Tuesday through Saturday. Admission is free.

Also, the museum is in the process of minor renovations. He said they’re putting in new windows, landscaping and more, noting windows in the front and basement already have been replaced in the building, which was constructed in 1931 for a U.S. Post Office and also served for years as the main branch of the Hardin County Public Library.

“We did the basement windows and the front windows first because they were the worst,” he said, noting the windows were part of the original construction.

“We want to be more visible and we think we can do that and make the building look better and also help in the revitalization in downtown E’town — that is one more feather in the hat,” Bennett said.