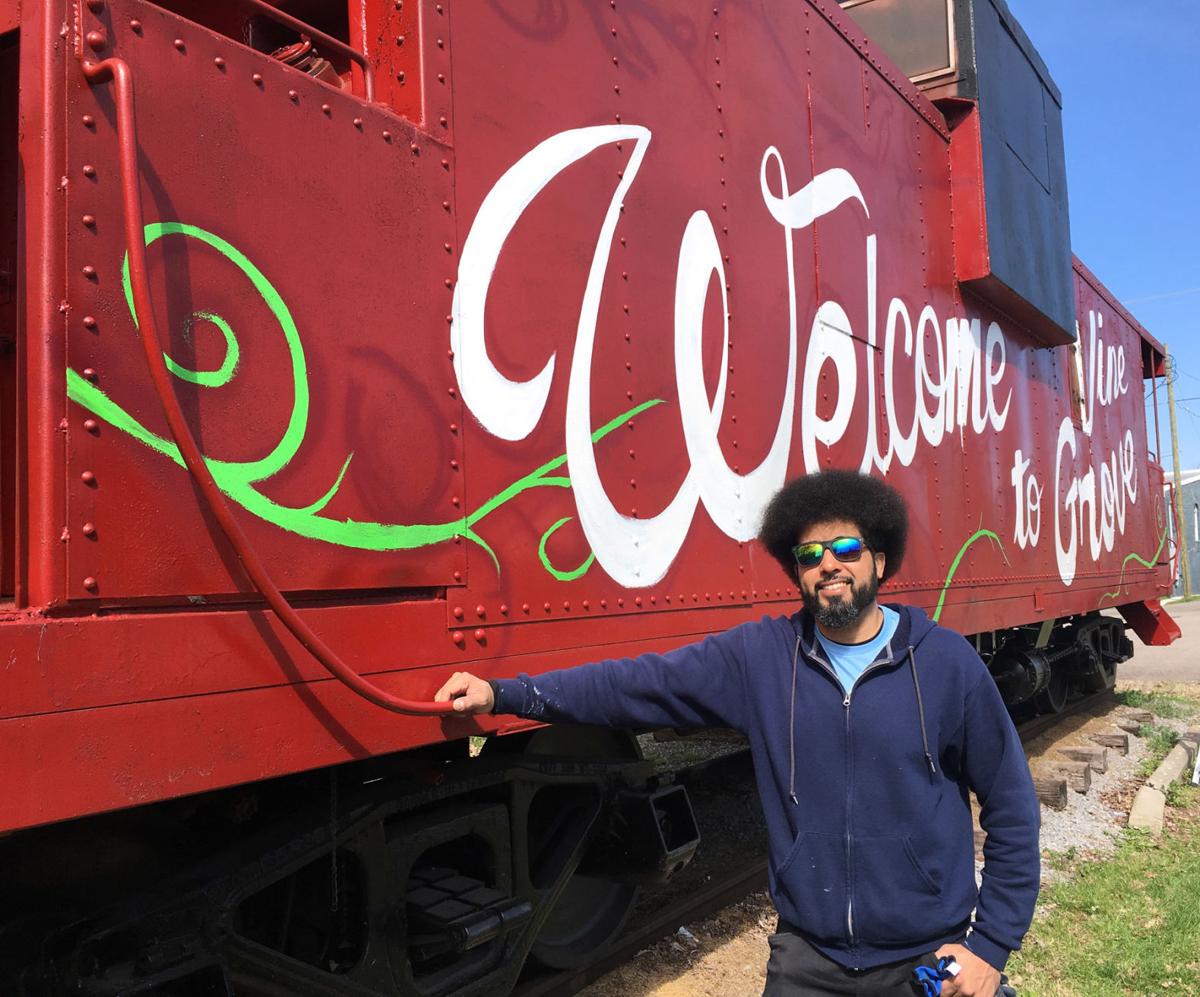 Izzy Serrano is putting his artistic touch on a caboose that sits off Main Street in Vine Grove, welcoming people to the community. 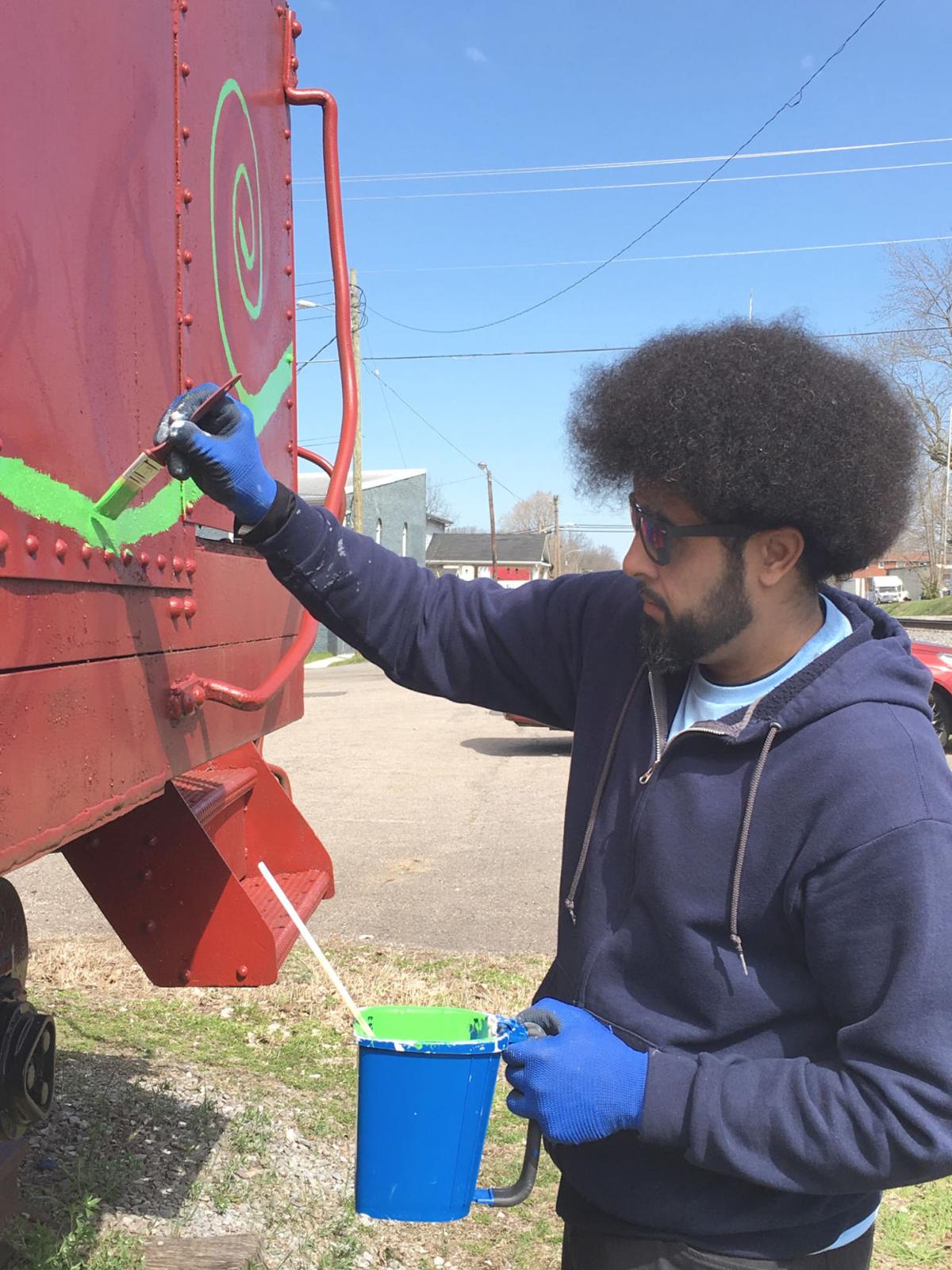 Izzy Serrano paints a vine Tuesday morning on the caboose off Main Street in Vine Grove.

Izzy Serrano is putting his artistic touch on a caboose that sits off Main Street in Vine Grove, welcoming people to the community.

Izzy Serrano paints a vine Tuesday morning on the caboose off Main Street in Vine Grove.

Just below the train tracks that provide motorists with a hump to navigate on Main Street in Vine Grove, Izzy Serrano — paint brush in hand and green paint at the ready — eased a stroke Tuesday morning upon his latest artistic project.

The city’s historic, often-rusty caboose that has been anchored on unused tracks for about a decade is getting a makeover.

“I think it’s turning out pretty nice,” said Serrano, 41. “I’ve had some people honk their horns and yell out that it looks good.”

An elderly woman recently spent about an hour talking with him as he worked, sharing her thoughts on the caboose and life in the growing northern Har­din County town that has the railroad tracks to thank for its existence.

Weather permitting, the red caboose will have not only a “Welcome to Vine Grove” greeting on it, but green vines and yellow flowers will be added to the work.

“I think it’s kind of cool,” Mayor Pam Ogden said. “Sometimes it’s the little things that you do that make a big difference. We’re taking pride in our city.”

Serrano is being paid $1,000, approved by Vine Grove City Council, to put his artistic touch on the caboose using elements of the city’s logo. Tuesday was his third day of work on it, he said.

“Having yellow, green and white on top of red, it’s hard not to see it,” said Serrano, who has lived in Vine Grove the last four years after previously living in the city.

Serrano said Ogden reached out to him about doing the work.

“I sent it to her what I was thinking, kicked around a couple of ideas and colors, and that’s a wrap,” he said.

A 1995 graduate of Fort Knox High School, Serrano said he has been an artist for 11 years.

“You have to get it right and then you have to go back over it two or three times,” he said. “You come down that hill, you can see that it’s really clear and shiny by the tracks. You notice it.”

Ogden said flowers also will be planted by the caboose and the parking lot near it will be paved.

“It’s going to be a nice addition to the town,” she said. “We’re trying to beautify the city and embrace it.”