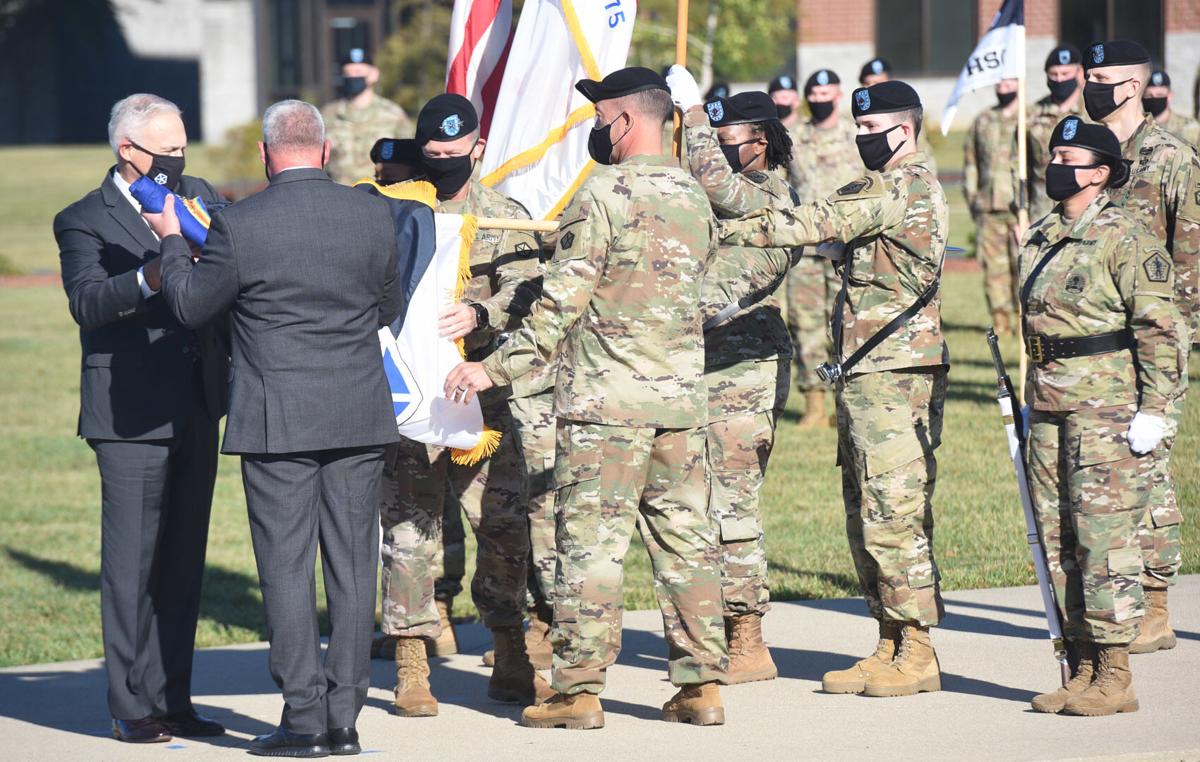 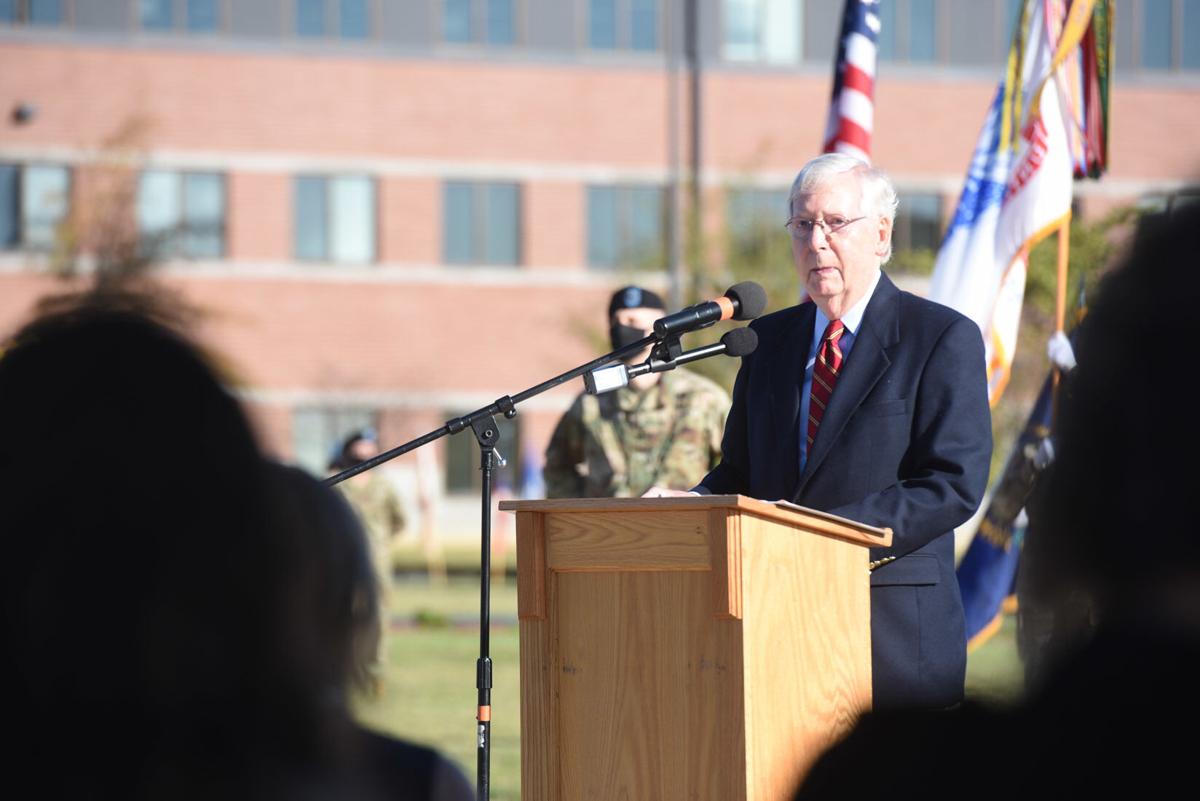 Hundreds of soldiers were ceremoniously welcomed to Fort Knox Friday morning as the V Corps’ historic colors were once again flown. Originally deactivated in Wiesbaden, Germany in 2013, the senior-level command has been reactivated on Fort Knox and is housed in the Lt. Gen. Timothy J. Maude Complex.

Kolasheski said Friday’s ceremony had personal significance for him.

“This is a bit surreal for me personally as almost 31 years to the day, I started my military career at Fort Knox as a young armor officer,” he said.

The V Corps is made up of over 600 soldiers, a portion of which are expected to be stationed at the Forward Command Post in Poznan, Poland on a rotational basis.

The V Corps initially was activated in 1918 and used during World War I to fight in France. The unit later fought in World War II during the D-Day invasion and liberation of Europe. Later, the unit defended western Europe during the Cold War, fought in Iraq and Afghanistan and was overall used to maintain multinational partnerships in Europe.

U.S. Sen. Mitch McConnell also spoke during Friday’s ceremony. During his remarks, McConnell touted the efforts of the Knox Regional Development Alliance in helping to make the V Corps’ new home on Fort Knox a reality.

“Through their dedication, Kentucky has earned a reputation as one of the most military-friendly states in our country,” he said.

Gov. Andy Beshear was invited to the ceremony but could not attend because he currently is quarantined at home with his family after a member of his security detail tested positive for COVID-19. A statement from Beshear was read during the ceremony.

Beshear estimated the V Corps will bring in approximately $58 million in new payroll along with $96 million in additional consumer expenditures.

“Here in Kentucky, these soldiers and their families – as part of Team Kentucky – will have a very positive effect on the local community through their values, service and leadership,” a portion of Beshear’s statement read.