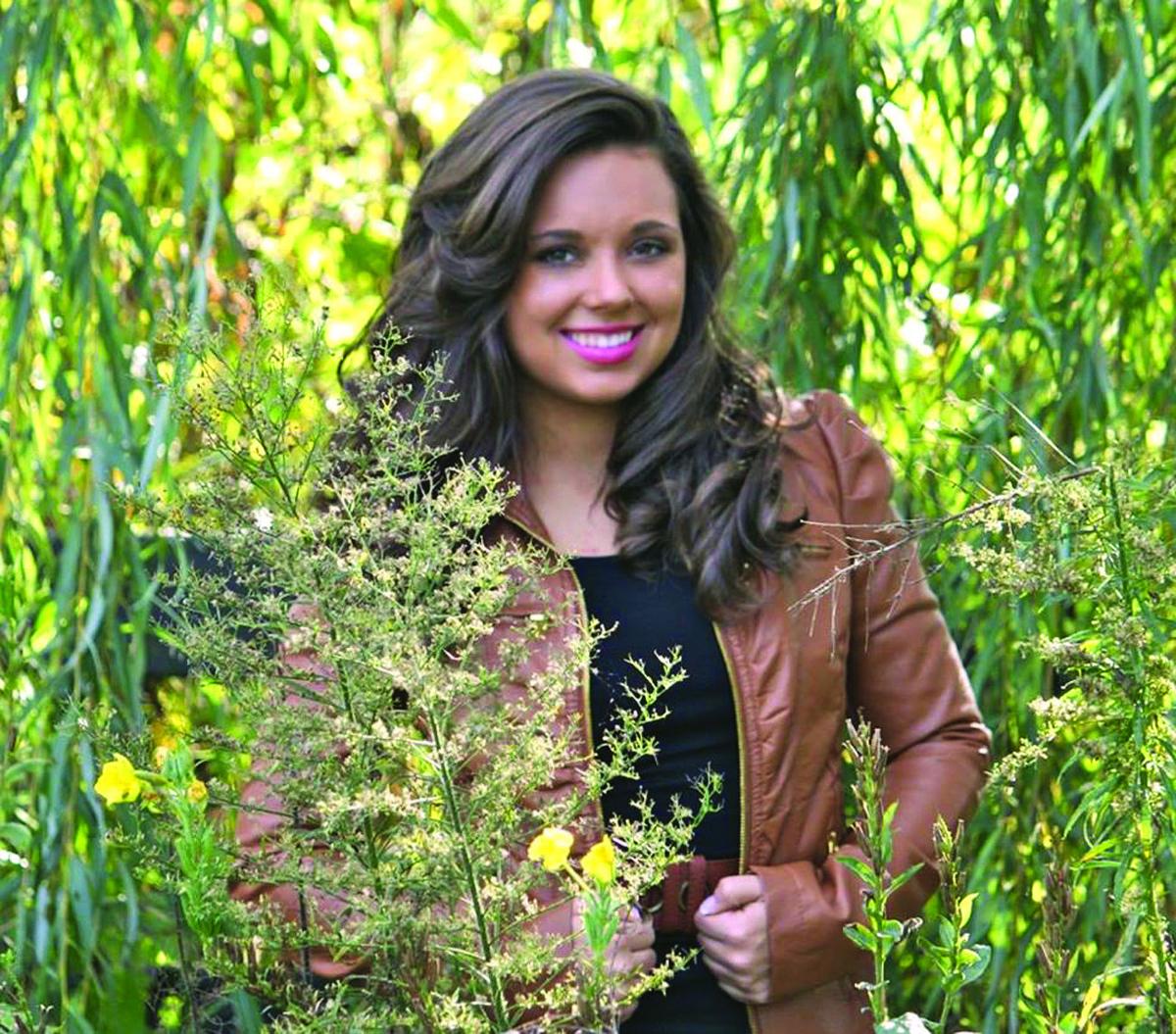 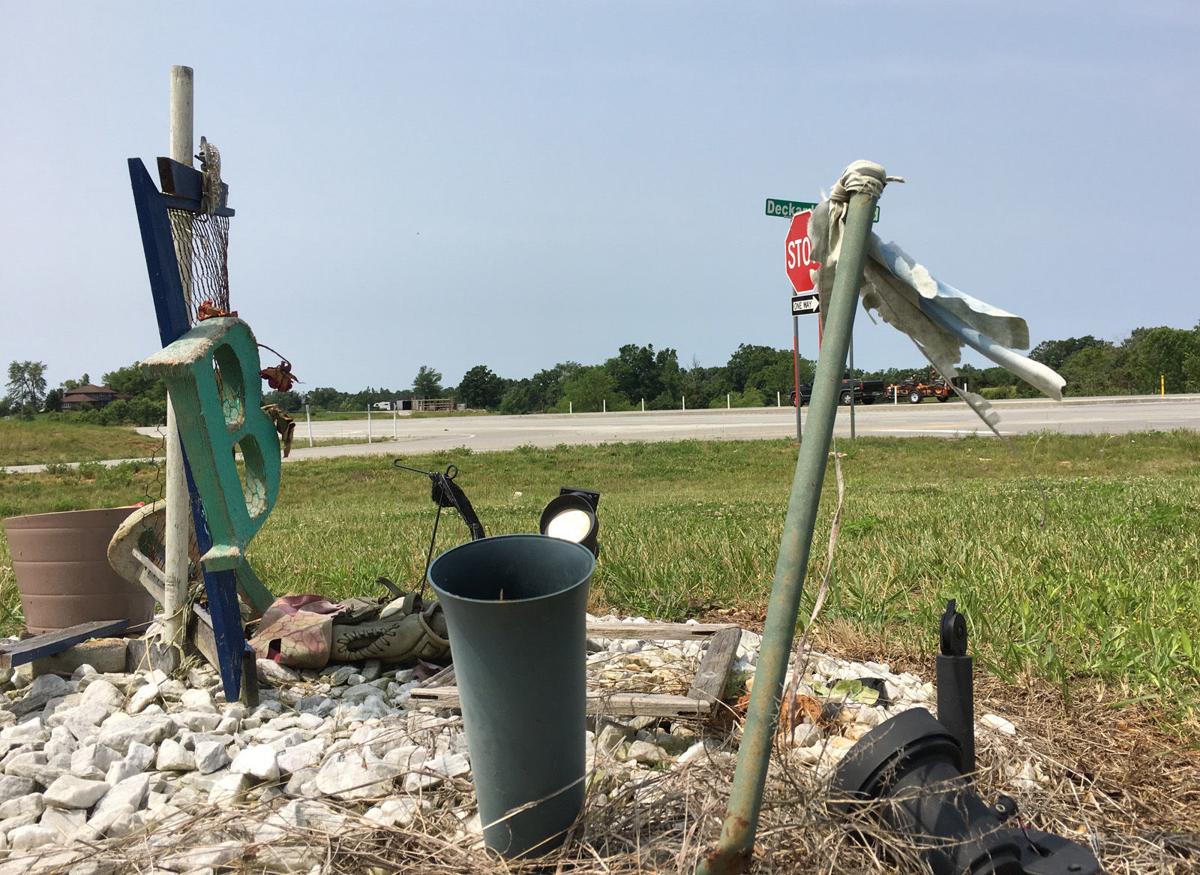 A memorial was set up at the intersection of Patriot Parkway and Deckard School Road where Brianna Taylor’s Mustang ended up after a June 22, 2014, car crash. The memorial, worn down by time, still remains today.

A memorial was set up at the intersection of Patriot Parkway and Deckard School Road where Brianna Taylor’s Mustang ended up after a June 22, 2014, car crash. The memorial, worn down by time, still remains today.

Tonya Taylor looked down at the white tissue spread between her two hands, dampened by her tears and torn at its center.

In many ways, that tissue is symbolic of the last five years for her and her husband, David.

Brianna died five years ago today when a drunken driver crashed his truck into her orange Mustang on Patriot Parkway at the Deckard School Road intersection. Brice died July 5 after he suffered head trauma when a deer collided with an ATV he was driving June 30 with his then 1-year-old chocolate Labrador, Nala, riding with him.

The worst 12 days of their 28 years together has left their lives empty, grief-filled and torn apart.

“We lived for them,” he went on. “They were good kids that made it easy to be friends with them and there’s been a hole in our lives that will always be there.”

In their Miller Road home surrounded by wooded areas, there are constant reminders. It’s filled with smiling pictures and plenty of memories. A lot of them.

“We value the time we had with our kids,” said Tonya, 48. “My happiest times are behind me now compared to the times I had with my kids and I know that. I’ll never have that happiness again.”

‘Life goes oN.’ The night of June 22, Brianna was at her house with a group of her parents’ friends. She decided to leave and hang out with some of her friends, and she had plenty, Tonya said.

“She came up to me and asked if I would be mad if she left,” Tonya recalls. “I told her, ‘Why would I be mad?’ I told her that I loved her and that’s the last thing I said to her.”

Brianna and friends ended up spending some time fishing that night. At one point, she and Mickayla Harig, then 18, decided to leave and drove in Taylor’s Mustang toward Radcliff.

Around 10:15 that night, Michael Todd Hilton, now 39, of Irvington, was driving east on Deckard School Road in a red truck. As he approached a stop sign, Hilton, with a alcohol level of .233 — nearly three times the legal limit in Kentucky — pushed heavier on the gas pedal and crossed five lanes, including two turn lanes, before colliding with Taylor’s car, police said.

Police said he didn’t attempt to stop his vehicle to avoid the crash. His brother was in the truck with him.

Not too long before 10 p.m. that Sunday, Tonya texted Brianna, writing, “Be careful, I love you. Text me when you are in for the night.”

When there was no reply after several minutes, Tonya sent a few more texts.

She then tried to call Brian­na and got no answer. She called three times and, on her final attempt, someone picked up.

“This is Deputy Cornett with the Har­din County Sheriff’s Department. Your daughter has been in an accident,” the voice said.

Tonya heard nothing else.

Hilton was sentenced to life in prison after he was convicted of murder in Brianna’s death along with multiple other charges, including first-degree assault related to Harig’s injuries. He had six DUI convictions prior to the June 22 crash.

He has been an inmate since Aug. 5, 2015, at the Green River Correctional Complex in Central City.

The Taylors received a letter from Hilton prior to his 2015 trial on the charges. David, 59, said what he remembers most about it is he had called the crash “an accident” and he was “sorry.” The letter remains with the case file.

“If it had been a first or second DUI, then maybe it is an accident,” David said. “It’s more painful to see the hurt in this community that he caused than seeing four walls.”

Tonya said she forgave Hil­ton a few weeks after Brianna’s death. During a sermon at Valley Creek Baptist Church where they attend and where their children grew up, the subject was forgiveness.

She and David left that service and she told him she forgave Hilton.

“It was our first fight after it happened,” Tonya said. She said he was angry.

“It was easy to say I forgive,” she said. “I felt pain for him. He will have to live with this the rest of his life.”

David said he too, has come to grips with forgiveness.

“I forgive but I don’t forget,” he said. “Life goes on in a different way now.”

‘If it saves one life.’ In the five years since the crash, much has changed as laws have gotten tougher for intoxicated drivers in Kentucky.

The Brianna Taylor Act — Senate Bill 56 — aims to keep repeat DUI offenders off roadways. A fourth DUI conviction in a five-year period now is treated as a felony and the bill pushes the “look-back period” for prior drunken driving convictions from five to 10 years.

By increasing the look-back window, DUI convictions remain on a person’s record longer, which allows that behavior to be considered during sentencing. The bill also expands the quarterly reporting window of pending DUI cases to 180 days from 90 days.

“Just to have that thought of what can happen if you make a decision to drink and drive helps,” David said. “If it saves one life, and I’m sure it already has ... It’s a good thing.”

The Brianna Taylor Act became state law in 2016. The bill was spearheaded by state Sen. Dennis Parrett of Elizabethtown.

If stricter DUI laws had been in place in 2014, Hilton likely wouldn’t have been on the roadways that night.

“We have thought about the ‘what-ifs’ 10,000 times,” David said. “We’re just very pleased that Dennis took this and ran with it.”

Changes also occurred at the spot where the fatal crash occurred.

Patriot Parkway, which opened just 20 days prior to the crash, has had a facelift since the collision at the Deckard-Patriot intersection.

There now is a barrier at the median opening along the parkway at Deckard, disallowing left turns onto the parkway and traffic no longer can cross the parkway.

The feature prohibits traffic movements having the highest potential for high-speed crashes, the Kentucky Transportation Cabinet said in a 2016 news release when the work was completed.

‘Married and had a kid.’ When Brianna died, she was about eight weeks from beginning college at Western Kentucky University.

For David and Tonya, they know what she loved more than anyone. She wanted a good marriage and to be a mother in time.

If the night of June 22 never had happened — if she had stayed 10 seconds later or left 10 seconds earlier from fishing; if Hilton had not sped up at the intersection or if he had waited 10 seconds longer to leave where he was — Tonya knows their daughter would have life all planned out.

“I’m sure Brianna would have been married and had a kid,” Tonya said, through tear-filled eyes.

They will not know what it’s like to be grandparents, although some of Brice and Brianna’s friends now visit with their children and they get a glimpse of what it could have been.

“Everything, our future that we had worked for is gone,” David said. “It’s a new normal, and I’m not sure what that still is. Your life all of a sudden is not what it used to be and what you want it to be.’’

Harig spent months in rehabilitation and now is a mother. The Taylors said they haven’t seen her in a long time.

“As a parent, you always hope for a great life for your kids,” David said. “When they didn’t get a chance to fulfill their lives, it’s hard. Our kids were our life and we gave our all to our kids.”

Tonya said they cling to the memories as a way to get through the minutes of each day.

“It’s not as raw as it was back then,” she said. “It’s not 24/7 like it was. We love our kids and they knew that we loved them. I can’t imagine being on the outs with my teen and something like this happens.”

The Taylors also rely on their faith.

“Even though we only had them a short time here on earth, we know that we will have an eternity with them in heaven,” Tonya said. “That’s what keeps us going.”

On David’s cellphone, when someone leaves a message for him, you won’t hear his voice. You will hear Brianna’s.

“He’s lost I think three phones since then and that’s the thing he worries about the most and wants to make sure they can get back,” Tonya said.

Tonya wears a silver cross around her neck with Brianna’s name going downward and Brice across to form it.

“We’re here for each other,” David said, “and we have each other. That’s what we have now. And Nala.”

SECOND IN A SERIES

A 64-day stretch in 2014 in Hardin County saw immense tragedy as four young lives were taken, some in an instant. Five years later on each anniversary, those events will be revisited.

Even in death, Taylors learn from their children

In the weeks after Brice Taylor’s death five years ago today, his mother and father learned more and more about their only son.