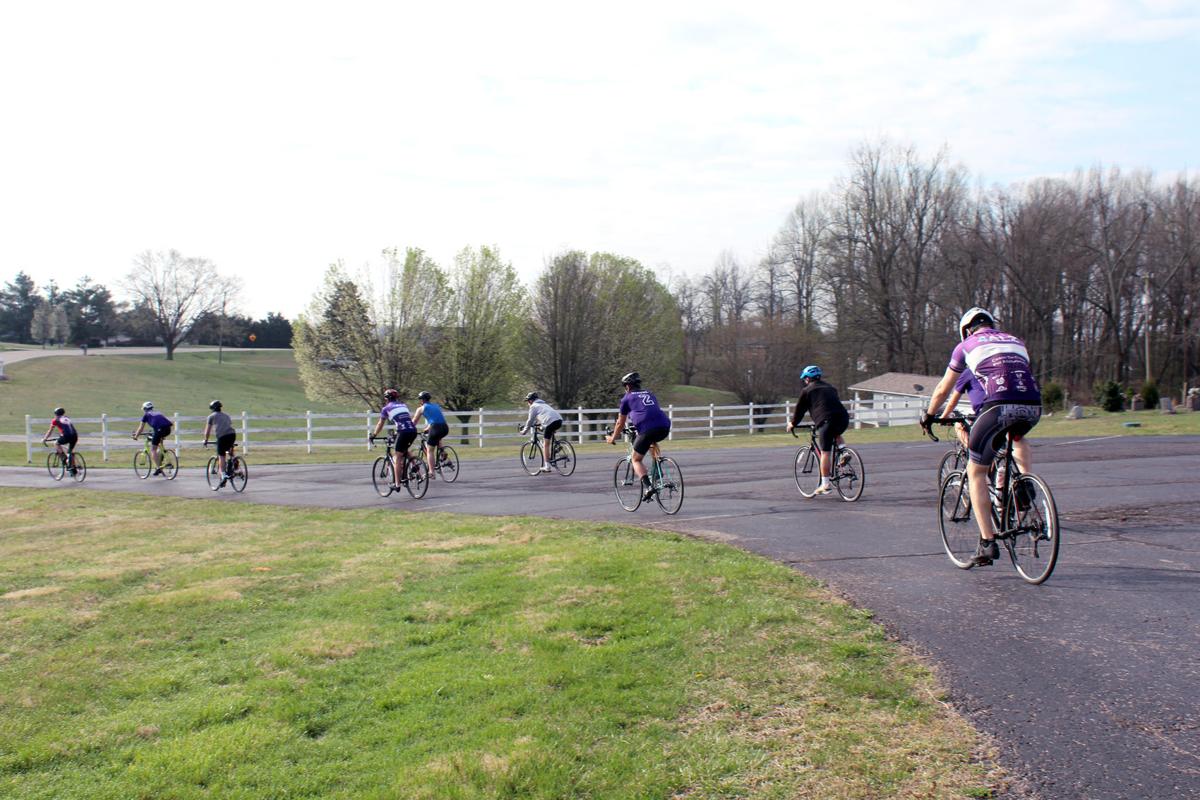 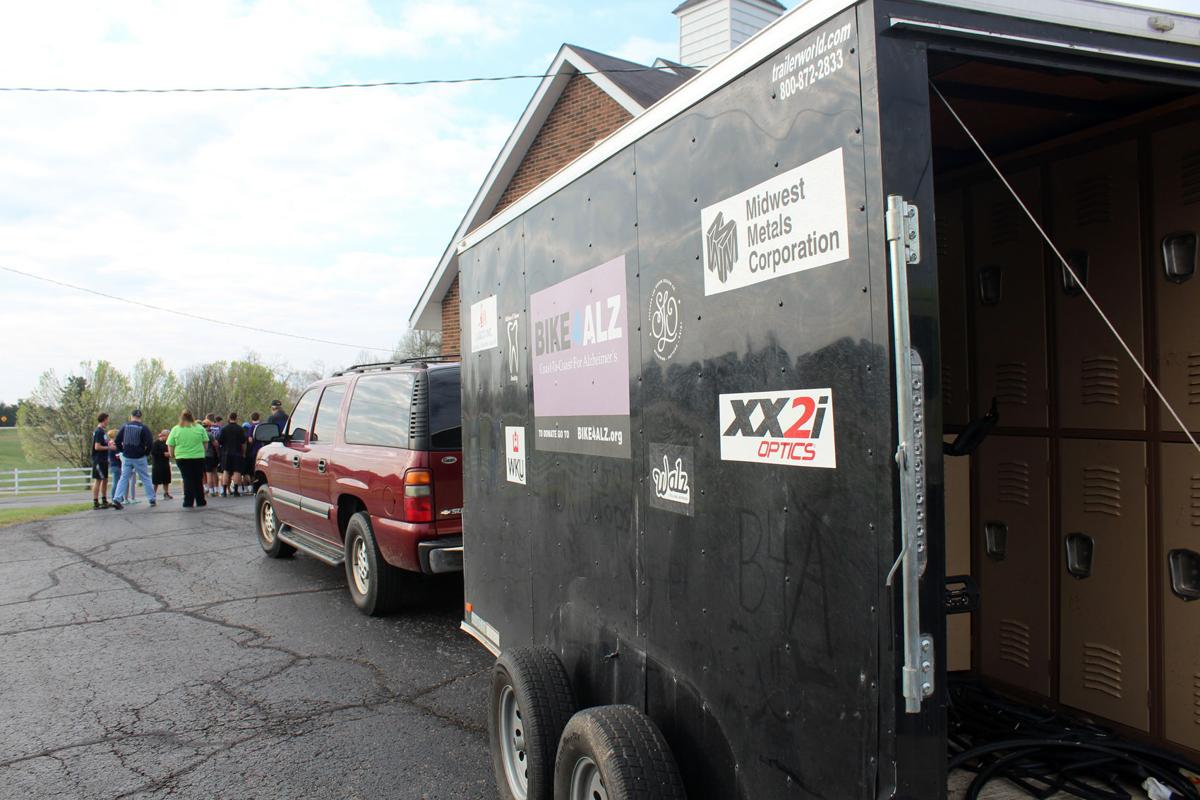 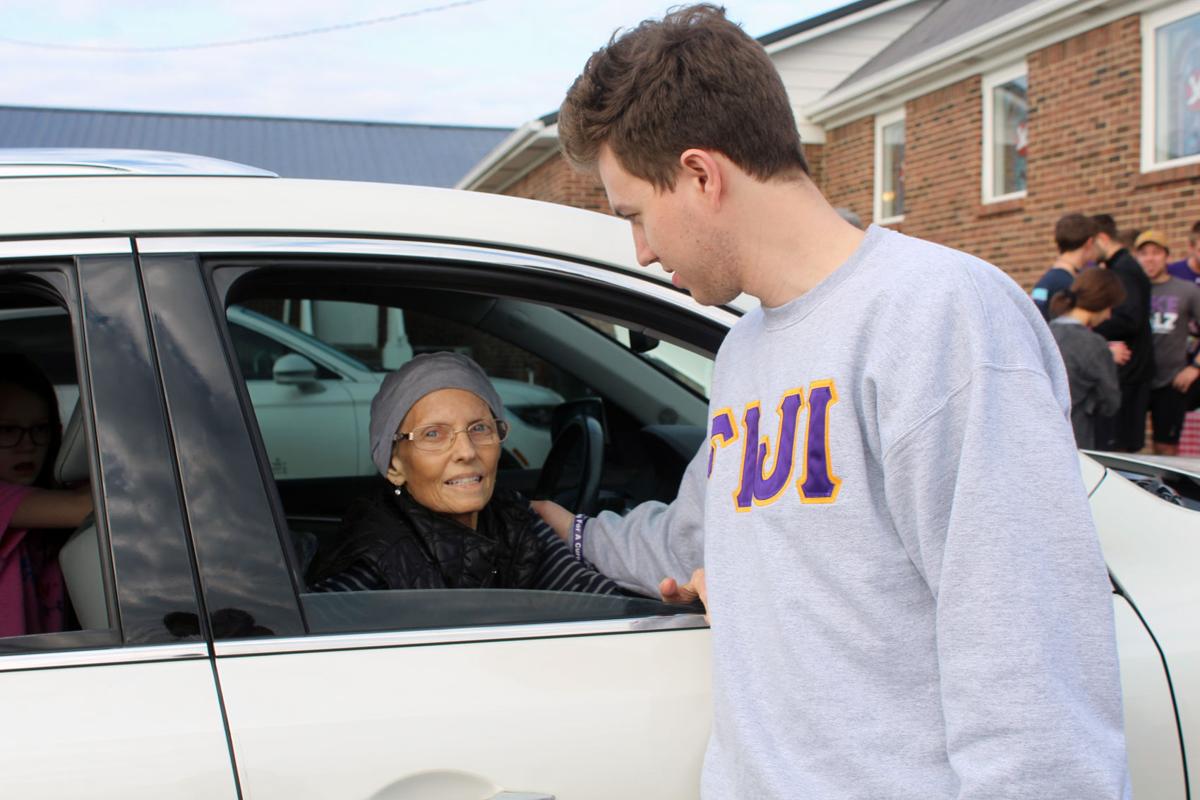 Bike4Alz Vice President Jack Blair speaks Saturday with his grandmother Dottie Blair, an Elizabethtown resident who is undergoing treatment for Stage 4 liver cancer. Saturday’s ride was dedicated to her.

Bike4Alz Vice President Jack Blair speaks Saturday with his grandmother Dottie Blair, an Elizabethtown resident who is undergoing treatment for Stage 4 liver cancer. Saturday’s ride was dedicated to her.

Members of Western Kentucky University’s Phi Gamma Delta, or Fiji, fraternity departed Saturday morning from Round Top Baptist Church in Eliza­beth­town by bicycle, traveling roughly 70 miles back to Bowling Green in the name of Alzhei­mer’s research.

Though 70 miles is a long trip by bicycle, Saturday’s ride was only a trial run for the cyclists.

The travelers will take part in the Bike4Alz ride this summer, an annual cross-country journey designed to raise money for Alzheimer’s research. This year, 14 participants – 12 cyclists and two drivers – will travel from San Francisco, California, to Virginia Beach, Virginia.

“The entire ride is about spreading awareness about the severity of the disease and raising money for Alzheimer’s research,” cyclist Jacob Howard said.

The cyclists plan to travel about 68 miles per day during the summer trek. Because of this, Saturday’s ride between Elizabethtown and Bowling Green via South Dixie Highway was organized as a practical road test for the group’s future daily regiment.

“It’s a perfect place to do a trial run and see what we need to work out,” Bike4Alz vice president Jack Blair said.

Bike4Alz was founded in 2010 by Phi Gamma Delta member Tyler Jury. This year’s trip is the seventh for the organization and participants will ride from May 13 to July 20, according to Howard.

Along the way, cyclists will set up in various towns, selling merchandise, requesting donations and raising awareness for the cause. Blair said an event in Eliza­bethtown is expected to take place July 5.

Howard said this year’s goal is to raise $75,000 for Alzheimer’s research. He said the organization has raised $250,000 for the cause since its inception.

“Until there is a cure, we will continue to help in the fight to end Alz­heimer’s,” he said.

According to the Alzheimer’s Association, the disease is the sixth-­leading cause of death in the United States, claiming more lives than breast cancer and prostate cancer combined.

Blair said a family history of Alzheimer’s is a major catalyst for his participation in the journey.

“The personal connection really motivated me to do it,” he said. “Everyone I know has been affected in one way or another by Alz­heimer’s. Just being able to drop everything for 10 weeks in the summer and to just ride in memory of those people and those families is important to me and it’s not something I’ll ever be able to do again.”