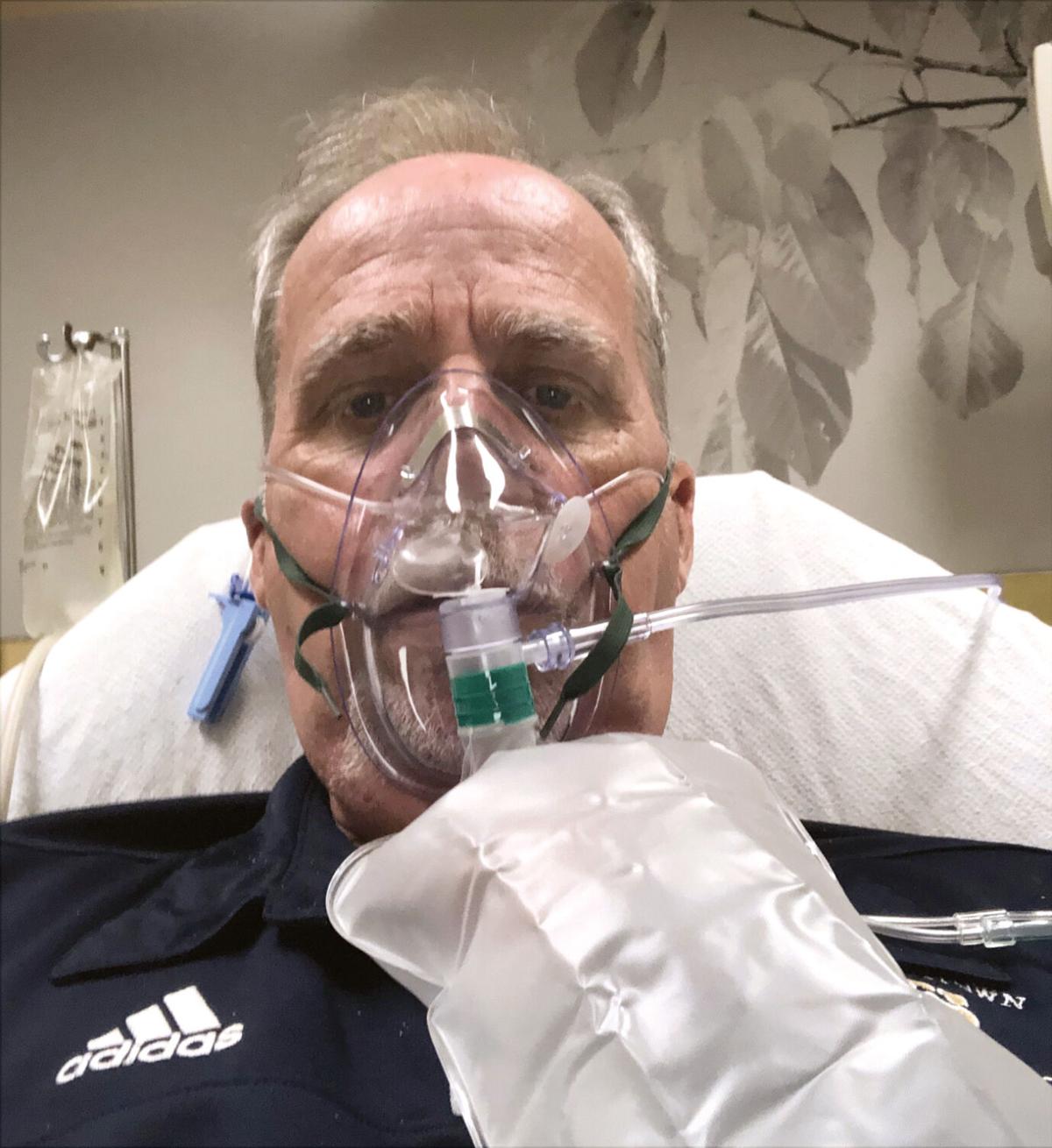 Doug Frederick in October was in the Baptist Health Hardin Intensive Care Unit with COVID-19. 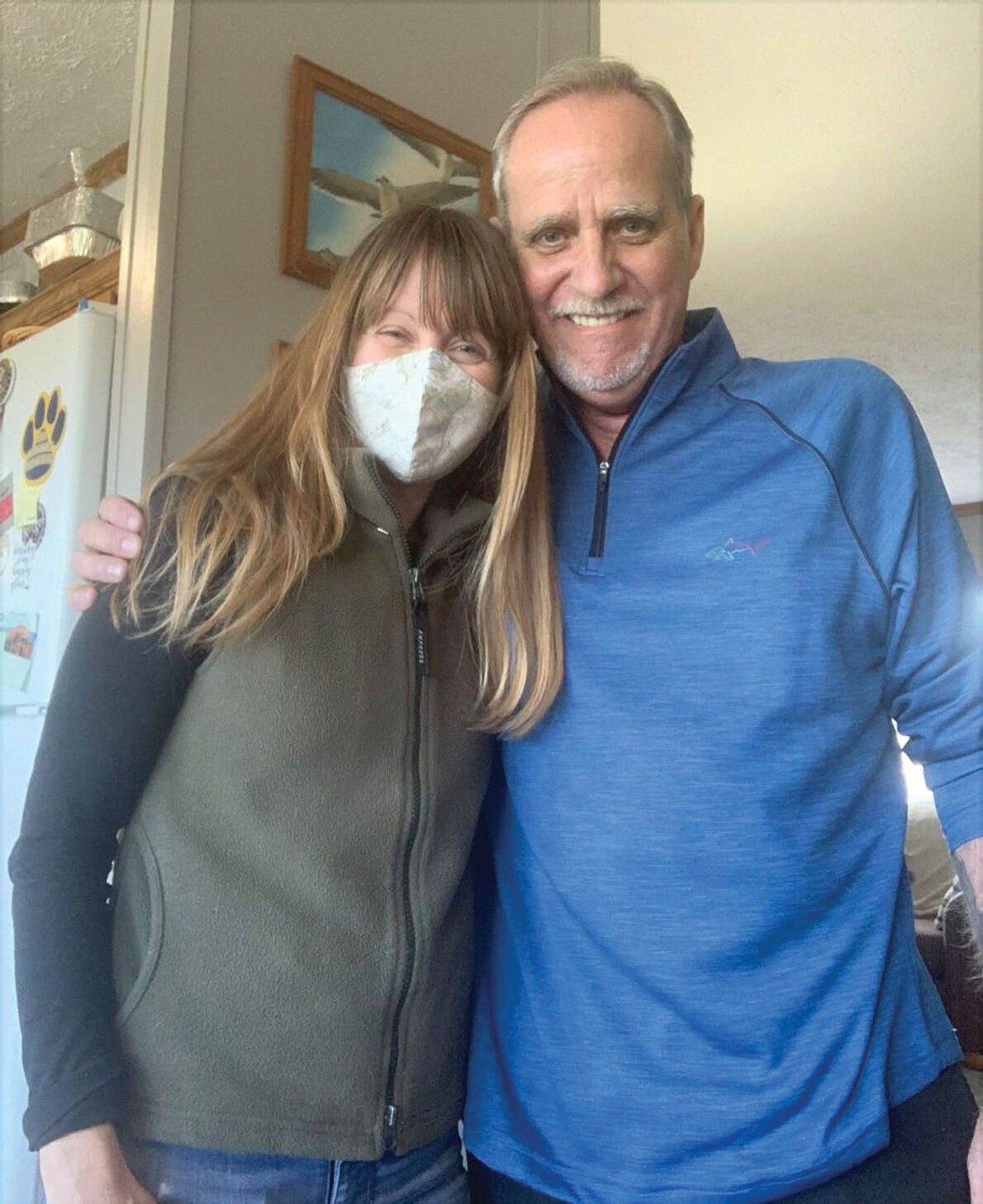 Doug Frederick in October was in the Baptist Health Hardin Intensive Care Unit with COVID-19.

Frederick, affectionately known as Mr. Fred by those who knew him when he worked at Elizabethtown Independent School’s Panther Academy, said he doesn’t know where or how he contracted the coronavirus. Frederick avoided entering stores when he could, kept disinfecting wipes in his vehicle, wore his mask, used hand sanitizer and washed his hands consistently.

Frederick, 63, tried to take all the precautions to protect himself and others from potentially contracting COVID-19.

Then, Sept. 30, he started having a mild fever, which steadily climbed. On Oct. 5, he decided to get a COVID-19 test. Days later, the test came back negative.

When Frederick began getting short of breath, he made an appointment Oct. 9 to see his physician. His oxygen levels were so low the doctor sent him immediately to the hospital, where he was admitted.

Frederick then had another COVID-19 test and this one came back positive and he was in the Intensive Care Unit from Oct. 9 to 22. He had acute hypoxia respiratory failure and pneumonia. While in the ICU, Frederick received multiple types of treatment including heated oxygen and convalescent plasma.

On Oct. 22, as he was beginning to recover, Frederick was transferred to the COVID-19 unit on the fourth floor in the North Tower where he stayed until Oct. 25 when he was released.

After a few days at home, he started having breathing problems again and was readmitted from Oct. 30 to Nov. 7. He’s doing better now and is only on oxygen at night.

Frederick said the virus had him tired and fatigued. His weight dropped from 188 pounds to 163 by the time he left the hospital.

While incoherent for much of his time in the ICU, Frederick said he does remember them discussing the convalescent plasma treatment.

According to Dr. Aaron Mulhall, pulmonary and critical care specialist at Baptist Health Medical Group Pulmonary and Critical Care Medicine, Convalescent plasma treatments use plasma from recovered COVID-19 patients to help those sick with the virus.

“The science behind the treatment allows recovered patients to donate the antibodies they have that helped them beat the virus,” he said.

“The antibodies are then given to hospitalized patients to provide their immune systems with a much needed boost as they are currently fighting COVID-19 and may help them recover.”

Mulhall first met Frederick in the ICU, which he said was indicative of just how sick Frederick was with COVID-19. Frederick said his children were concerned he wouldn’t make it home.

“He was an ideal candidate for the convalescent plasma treatment and fortunately, very generous patients that had recovered from the virus were willing to pay it forward and help another COVID-19 patient,” Mulhall said.

“By donating plasma, this is a special gift to help us fight the disease in the same way that physicians, nurses and staff are working to care for patients, generous donors are helping to support staff, or researchers are developing a vaccine. It is clear that this is yet another way we can help stop this virus.”

Mulhall said convalescent plasma donation is a great idea for any fully recovered COVID-19 patient interested in helping others struggling with the virus.

Frederick, who also overcame bladder cancer earlier this year, said if he could donate, he would and encouraged others to do the same. Additionally, Frederick encouraged people to continue to follow precautions against COVID-19.

“Wear your mask, use hand sanitizer and do preventative measures to make sure you’re not going to catch it and that somebody else isn’t going to catch it. Take it serious,” he said. “It’s not fun when you’re stuck in the hospital for 30 days and can’t see your kids. ... You’re not just protecting yourself. You’re protecting everybody that knows you or that you’ve been around.”

For more information on how to donate, people can go to hmh.net/plasma

Frederick said another way doctors say people can help is by getting their flu shot. The Centers for Disease Control recommends a yearly flu vaccine for all people older than six months.

According to the CDC, a flu vaccine this season can help reduce the burden on the healthcare systems responding to the COVID-19 pandemic and save medical resources for care of COVID-19 patients.