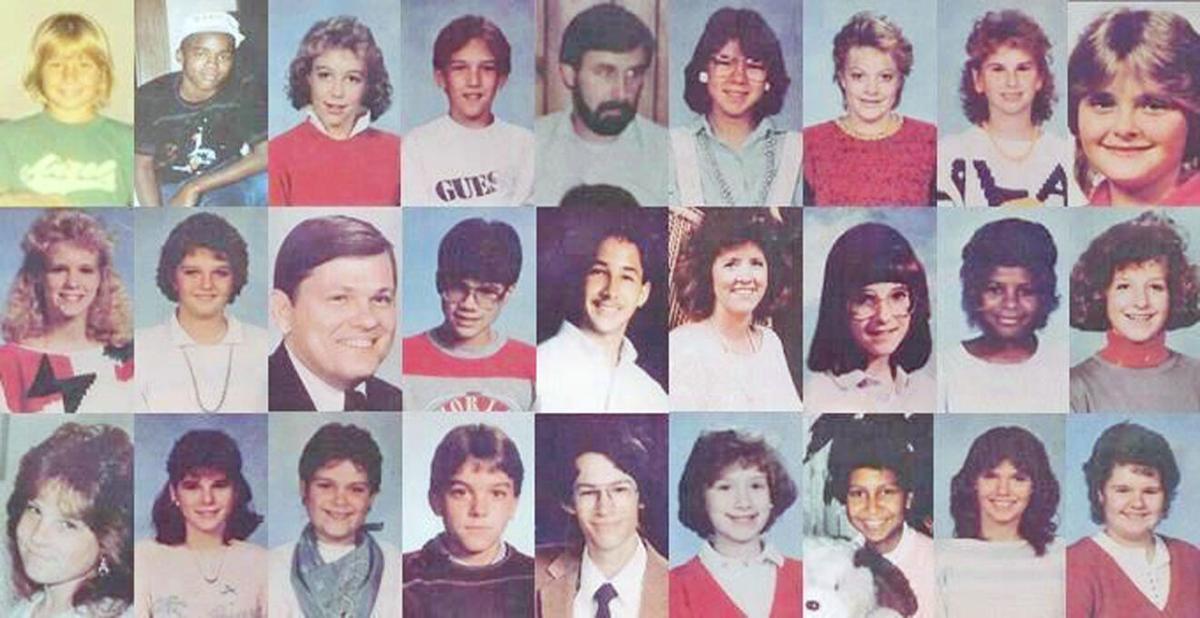 The 27 people who died in the May 14, 1988 Radcliff First Assembly of God school bus crash in Carrollton. Twenty-four were children. 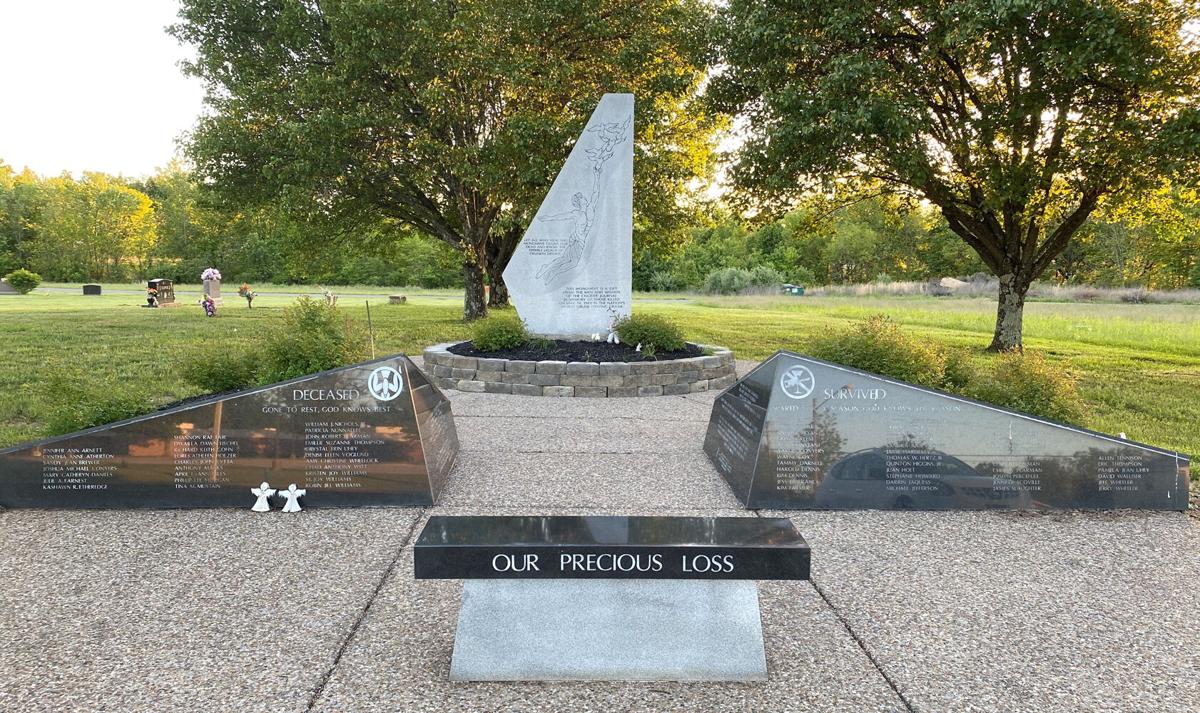 The sun sets Wednesday night at the memorial in Radcliff at North Hardin Memorial Gardens that honors the bus crash victims and survivors of that night in 1988.

The 27 people who died in the May 14, 1988 Radcliff First Assembly of God school bus crash in Carrollton. Twenty-four were children.

The sun sets Wednesday night at the memorial in Radcliff at North Hardin Memorial Gardens that honors the bus crash victims and survivors of that night in 1988.

On Thursday – one day shy of the 33rd anniversary of the worst drunken driving crash in United States history – Karolyn Nunnallee tried to do her part to make sure no child and no parent ever has to go through what she, her family and so many others have gone through since May 14, 1988.

That’s when her 10-year-old daughter, Patty, sat on a Radcliff First Assembly of God bus with 66 other people headed home from a day at King’s Island near Cincinnati.

She shared her story in front of about 75 people about “the date that is forever engraved on our hearts.”

It was a Saturday night.

As the bus headed south along the darkness of Interstate 71, Larry Mahoney drove his Toyota pickup truck north on I-71 – in a southbound lane – with a blood-alcohol level of 0.24, three times the current legal limit.

Mahoney’s truck struck the bus, igniting a fuel tank that was nearly full.

Nunnallee’s daughter was one of the 27 people killed and one of 24 children to die. She and Robin Williams, also 10, were the youngest to die.

Forty people survived the crash in Carrollton, many of whom spent months and months recovering from the physical wounds of the wreck.

The emotional wounds have remained.

“As I share my before, during and after the crash, it is my hope that I will honor the 27 who died and the 40 who survived,” Nunnallee said. “... I will once again feel the pain of my daughter’s death and how my life was forever changed by one man who made the wrong choice to drink and drive.”

Some of the crash anniversaries have fallen on Mother’s Day since 1988, an even crueler blow to mothers, who in an instant, lost their children many miles from home.

In May 1988, Nunnallee was in Florida to be with her mother who was in critical condition in a hospital.

Many of the survivors have said over the years that there are constant reminders of that day and night, whether happy times from what they remember about the trip to the amusement park or the void and sadness left in their lives since.

“The bus crash has molded me into who I am today,” said Jason Booher, a survivor and now Pikeville High School principal. “I miss my best friend, Chad Witt, just as much today as I did 33 years ago, and the others who didn’t survive that night.”

Quinton Higgins was 15 when the crash happened and now is among many survivors who regularly speak to people about the perils of impaired driving,

“The memories come and go moreso around the anniversary,” he said. “And you have days that you still wonder, ‘Why this happened to us?’”

He spent less than two months in prison for each of the 67 victims. He reportedly lives in Owen County and is 67.

“I get constant reminders while on my bus of different noises, and smells as I remembered the bus ride back then,” said Darrin Jaquess, who drives a bus for Hardin County Schools and also works in real estate. “I constantly thank God that I was blessed to survive such a crash, and able to drive a school bus, and help show the youth today of the importance to not drive impaired.”

Many of the survivors are now parents and can’t imagine what it must have been like for a parent that night, not knowing if their child had survived or not.

Of Higgins’ three daughters, the youngest now is 14, close to the age he was when the crash happened.

“It hits me a little different this year,” he said because of the comparable age. “... As a survivor, you can’t help but worry about the future of your kids. We want to protect them from dealing with any type of turmoil like we endured as teenagers because of the crash. It just seems as we get older, it hits us different.”

Her oldest grandson, Jaeger, is 10 this year.

“He is the same age as his aunt Patty was when she was killed. I can’t imagine my daughter, Jeanne, losing her 10-year-old son,” she said. “I honestly can’t imagine how I made it through losing my 10-year-old daughter. It truly has been one step at a time and I pray for the day that no one has to walk in my steps.”

I recently have had the privilege to meet and become friends with one of the survivors of this tragedy; she was severely injured and had her life forever altered. I discovered that the realities of the lasting affects are far worse than what you get from just reading about it, and here over three decades later still have a horrific impact that will never go away. In my opinion, it's a travesty that so-called "justice" was served to a man who today walks free while the survivors and families of those who died are serving a life sentence.