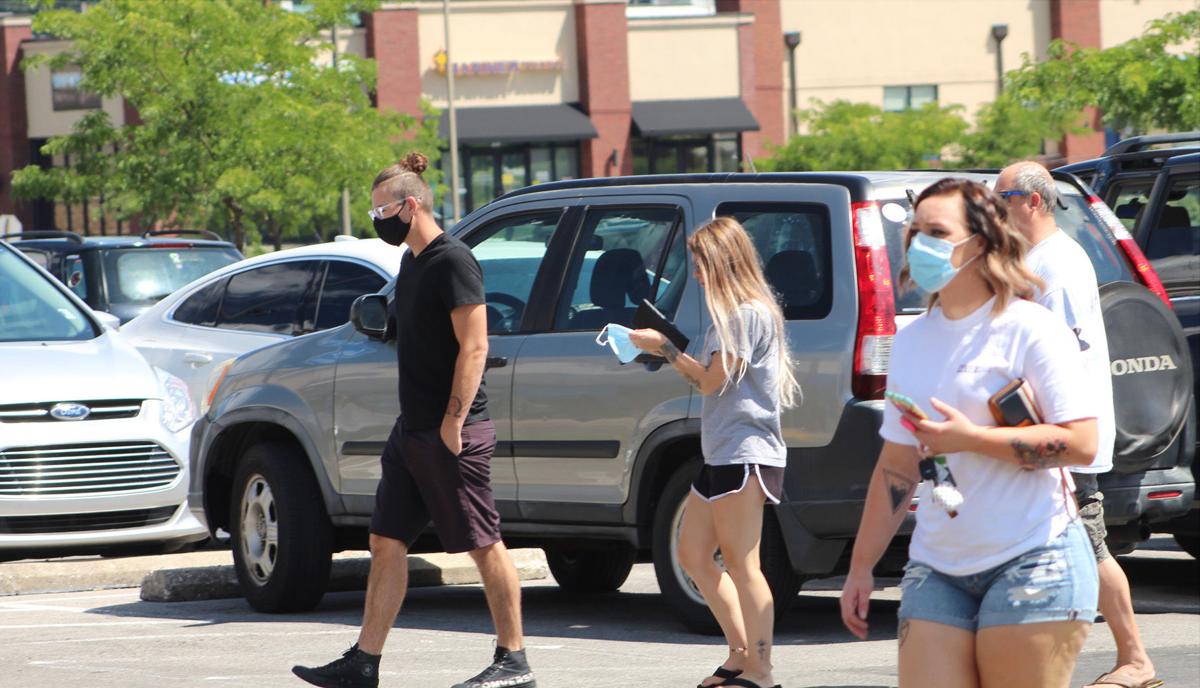 Gov. Andy Beshear announced a new mandate Thursday requiring Kentuckians to wear a protective mask in public indoor spaces and outdoor spaces when six feet of distance from others is not possible. The mandate went into effect Friday evening. 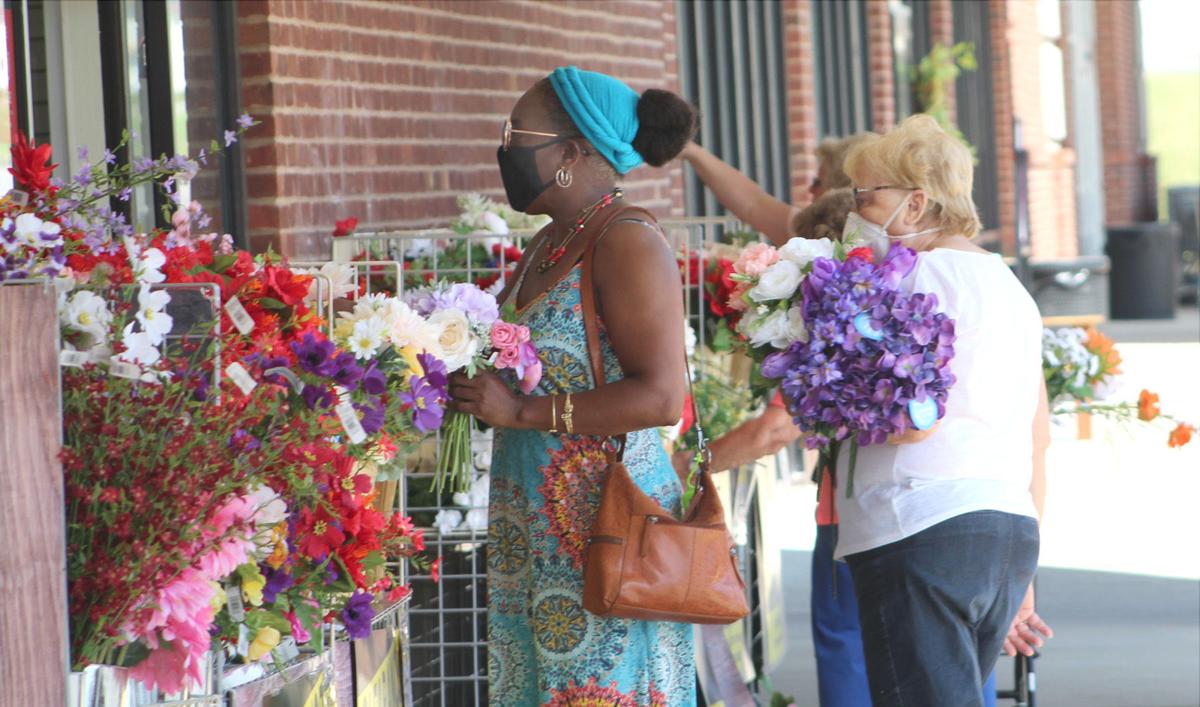 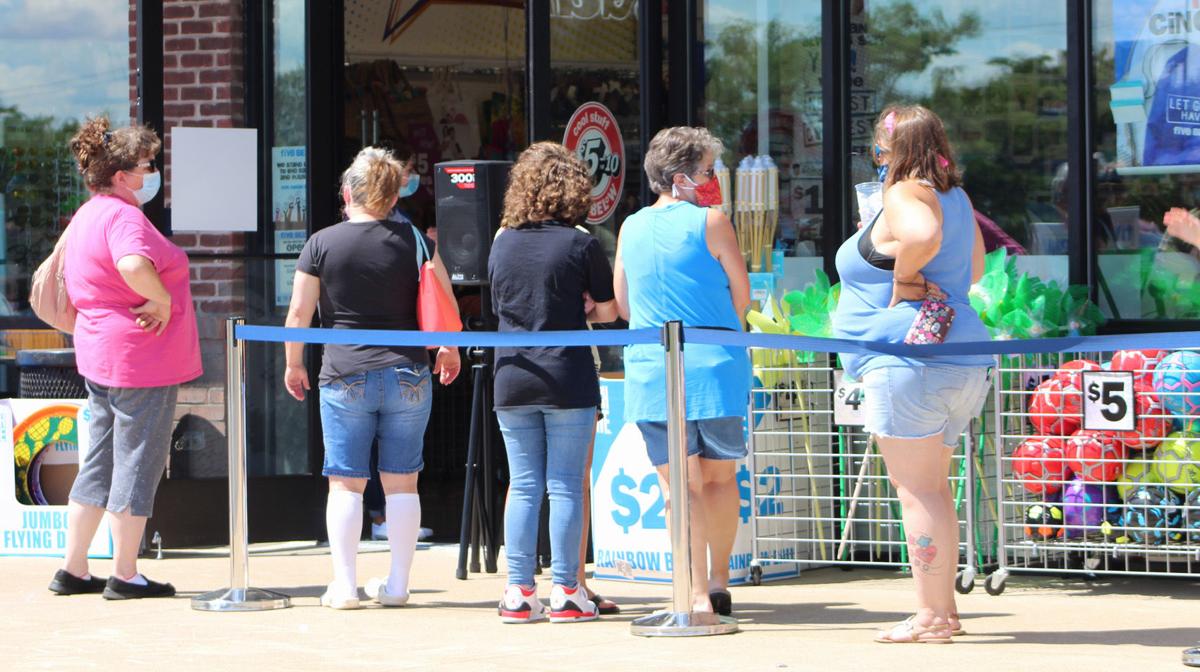 Gov. Andy Beshear announced a new mandate Thursday requiring Kentuckians to wear a protective mask in public indoor spaces and outdoor spaces when six feet of distance from others is not possible. The mandate went into effect Friday evening.

Gov. Andy Beshear announced a new mandate requiring Kentuckians to wear a protective mask when in public for the next 30 days. Effec­tive as of 5 p.m. Friday, the re­quire­ment is a response to a sharp in­crease in COVID-19 cases in the state and around the country.

The mandate has prompted mixed reactions from Hardin County residents.

Residents cite different reasons why they are motivated to wear a mask in public, while others do not support the mandate at all.

For 64-year-old Lisa French of Cecilia, wearing a mask in public means protecting her 85-year-old mother who has COPD and other health issues.

Although she has no pre-existing conditions herself, French said she’s concerned about spreading the virus to those who are most vulnerable.

“I would never risk infecting her with even a cold,” she said. “The world is fighting a pandemic. In my small way – wearing a mask – I am helping to eliminate this horrible virus.”

Cecilia resident Kimberly Elliott, 26, said wearing a mask in public is a small price to pay when considering front line health care workers and other essential employees must wear them for hours on end.

Trying to look for positives in the situation, Elliott said masks can prove to be a new method of self-expression.

“You can get different cool designs on yours and show off your interests, which is a new, unique, way for a conversation starter,” she said.

Others are not as keen on the new mandate.

Jonathan Groves, 38, of Eliza­beth­town said he believes the man­date is an example of govern­ment overreach. He said he believes Kentuckians should get to choose whether or not they want to wear a protective mask in public.

“The mask should be optional, since each person has the right to self-defense,” he said. “I should not be responsible for your health – that’s your responsibility. I think there’s so too much fear in this country. The mask furthers that.”

In response to an online inquiry about the mandate, some people said the masks cause discomfort of various types.

“I will just stay at home and have things delivered,” Tammy Stith Cook said. “I have anxiety and feel like I can’t breathe. I get so hot in them I almost pass out.”

The requirement applies to all indoor public spaces and applies to outdoor spaces where social distancing of six feet is not possible. This applies to spaces such as retail businesses, restaurants, salons and bars. Those who do not comply with the man­date can not be served by Kentucky businesses, Beshear said.

“We have a ‘no shoes no shirt, no service.’ Well, we’re in the middle of a worldwide pandemic. It’s now ‘no mask, no service,’” he said during the briefing Friday.

Exceptions to the mandate include people with significant health conditions and children younger than 5-years-old.

Citing numerous research from around the world, the Centers for Disease Control has recommended the usage of face masks when in public. According to the CDC, masks serve as a simple barrier to help prevent respiratory droplets from traveling in public spaces when people cough, sneeze, talk or raise their voice.

Zac Newton of Eliza­beth­town said he thinks wearing a mask is a small price to pay when considering the amount of people who have been infected and those who have died from COVID-19.

As of Saturday, more than 3 million confirmed cases of COVID-19 and more than 136,000 deaths have occurred in the U.S. including 622 in Kentucky.

Newton compared the situation to the aftermath of the terrorist attacks of Sept. 11, 2001, and new safety measures Americans underwent at airports to prevent a similar attack from happening.

With substantially more Americans now dead from COVID-19 than from the 9/11 attacks, Newton said he doesn’t understand why some Americans don’t feel a patriotic duty to wear protective masks.

“I don’t understand the resistance,” he said. “I don’t understand why this is a political issue. I will wear a mask because I believe it is the most patriotic thing I can do. Historically, great Americans were people who sacrificed for the good of their country and the people around them. Wearing a mask is not difficult. It’s not even really a sacrifice.”