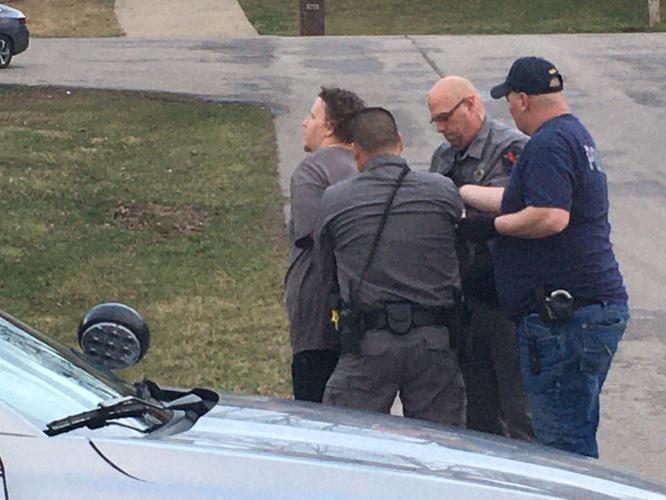 Radcliff police officers handcuff Joseph Meredith around 6:20 p.m. Friday after he was found about two blocks from his home on Scenic Drive. He has been charged with murder in the shooting death of a woman found in his backyard. 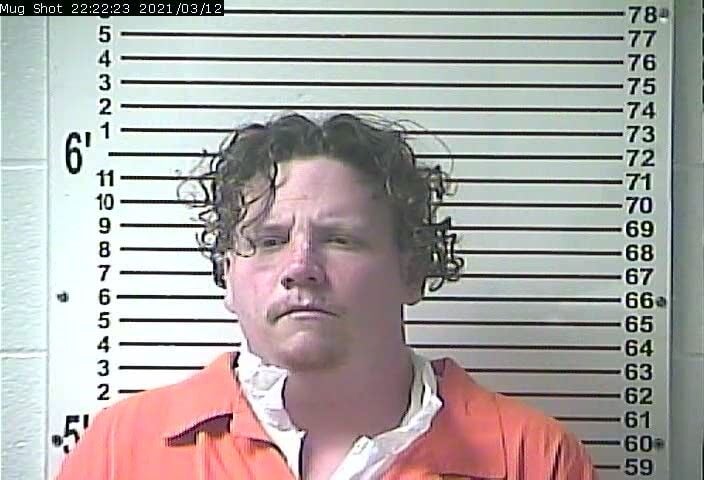 A Radcliff man was arrested and charged Friday night with murder in the shooting death of a woman, whose body was found in the backyard of his Scenic Drive home earlier in the day.

Joseph Eugene Meredith, 31, was located on foot around 6:20 p.m. Friday at the intersection of Scenic Drive and Chad Court in Radcliff, about two blocks from his home. Police patted him down and brought him to police headquarters where he was questioned and arrested.

Radcliff Police Chief Jeff Cross said detectives early in the investigation had pegged Meredith as a suspect and began searching for him.

“He had been on the ground somewhere,” Cross said. “He had some mud on his clothes. We had developed some information early on that led us to looking for this guy.”

The woman was found behind 870 Scenic Drive where Meredith lives, Cross said. The name of the victim was not immediately released, pending notification of next-of-kin.

Cross was unsure of the relationship between Meredith and the woman, if any. The Hardin County Coroner’s Officer confirmed she was 27 years of age.

Cross wouldn’t comment on how many times the woman had been shot or when the shooting may have occurred.

He said the woman’s body would be taken to the State Medical Examiner’s Office in Louisville for an autopsy.

Radcliff police was called to Scenic Drive at 10:58 a.m. Friday when the body was found. Cross said a neighbor saw the woman in the grass and called authorities.

Cross said police were told the woman was unresponsive and when they arrived, it was clear to investigators that she had been killed.

Meredith also is charged with abuse of a corpse and possession of handgun by a convicted felon.

This is the second homicide in Radcliff in less than three months.

On New Year’s eve, Matthew W. Dziekan, 36, of Willimantic, Connecticut, was found stabbed to death outside of an apartment complex on Illinois Road. It was the city’s first and only homicide of the year.

Dziekan had moved to Radcliff about five months before his death, said his mother, Dawn Dyson, to get a fresh start in life.

Police have not arrested anyone in Dziekan’s death and are awaiting evidence DNA results, Cross has said.

Jeff D’Alessio can be reached at 270-505-1404 or jdalessio@thenewsenterprise.com. Ben Sheroan contributed to this report.