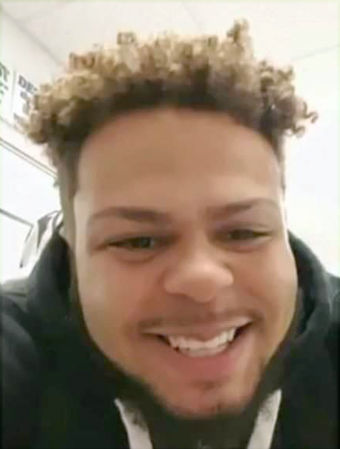 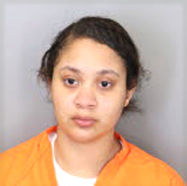 What started as a gathering in a Memphis cemetery Friday night to remember a friend ended up in the death of a Radcliff man and a local woman being charged in his death.

Elizabethtown wo­man, Harley Berry, 19, has been charged with second-degree murder.

According to Brown, Berry called her early Saturday morning and said she and McQueary had been involved in an argument and she had stabbed him in the neck. She said Berry was calm in how she described what she had done. Brown asked her if she called for help and she said she thought someone else had.

Brown said Elijah was the godfather of Berry’s son.

Berry was arrested Sunday and is being held in lieu of a $250,000 cash bond in the Shelby County Detention Center in Memphis. She is scheduled to appear in court at 9 a.m. CDT today.

Brown said her son, Berry and some other people were in Memphis for the birthday of DeAngelo Monteza Meriweather, who had been Mc­Quea­ry’s best friend. Meri­weather died in 2019 when he was shot to death in El Paso, Texas, at a house party as he served in the U.S. Army.

After going to the cemetery where Meriweather is buried, the group returned to a home where they were staying during their visit. McQueary and Berry became involved in an argument, Brown said, and then Berry turned a knife on him as he put his hands in front of himself, friends told Brown, she said.

“She picked up a knife and stabbed him in the jugular,” Brown said. “He bled out and died before he even got to the hospital.”

According to media reports in Memphis, McQueary had puncture wounds to his neck and torso and an abrasion on his right forearm. He was found in the front yard of a home.

An arrest citation was unavailable.

McQueary was a 2016 graduate of North Hardin High School and graduated with Meriweather.

“He had the biggest heart and the biggest smile,” Brown said. “He was loved by so many people around him. Everybody in Hardin County seemed to know him. This is a loss for everybody and I’m so thankful for everybody that has shown me support.

“ ... He loved his mom, sisters and grandma with everything in his being,” she added.

Brown said she was her son’s biggest “fan and supporter. He was my superhero and I was his.”

She said a balloon release will be held at 6 p.m. Thursday at Freeman Lake Park at the large pavilion to remember McQueary.

“He was such a good kid,” said Rebekah Nguyen, a family friend. “His smile would light up a room. He was like family to us. I watched him grow up with my nephew.”

If convicted, Berry faces between 15 and 60 years in prison, according to Tennessee law.