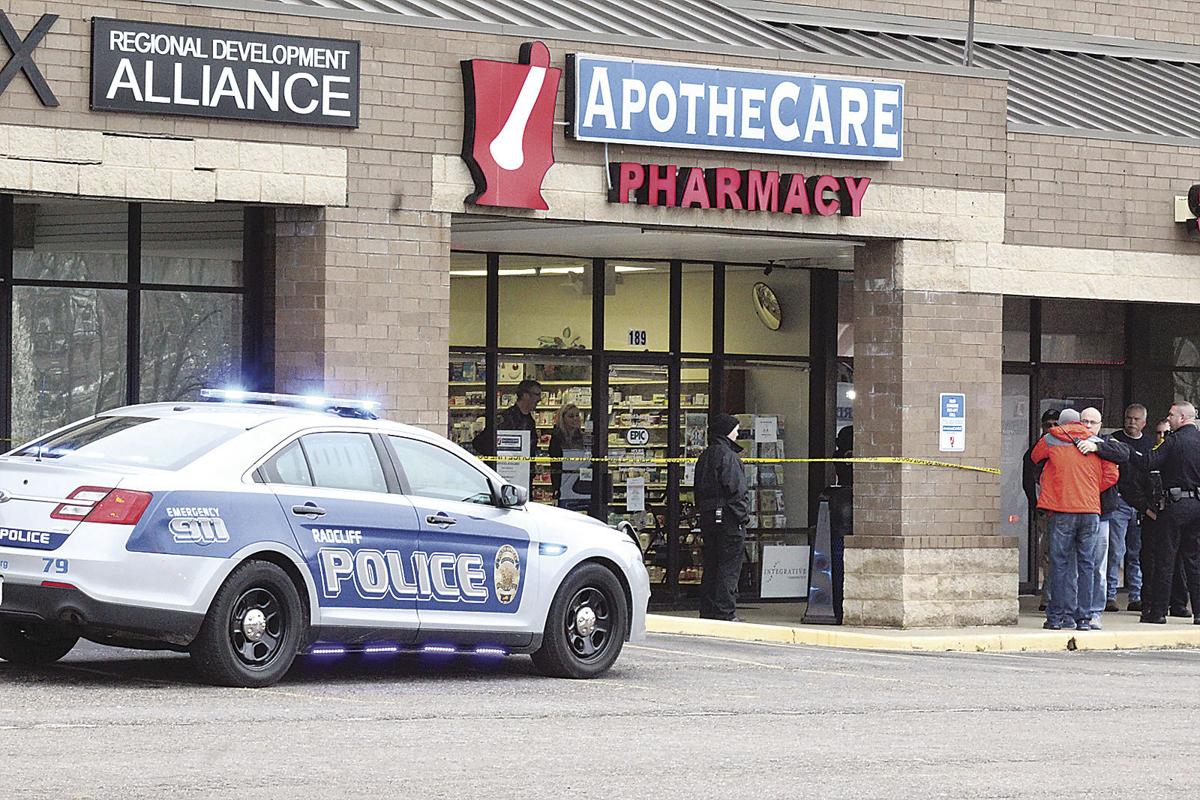 Officers and witnesses gather Satrurday morning outside of ApotheCare Pharmacy in Radcliff after a robbery suspect was shot and killed by a store employee. 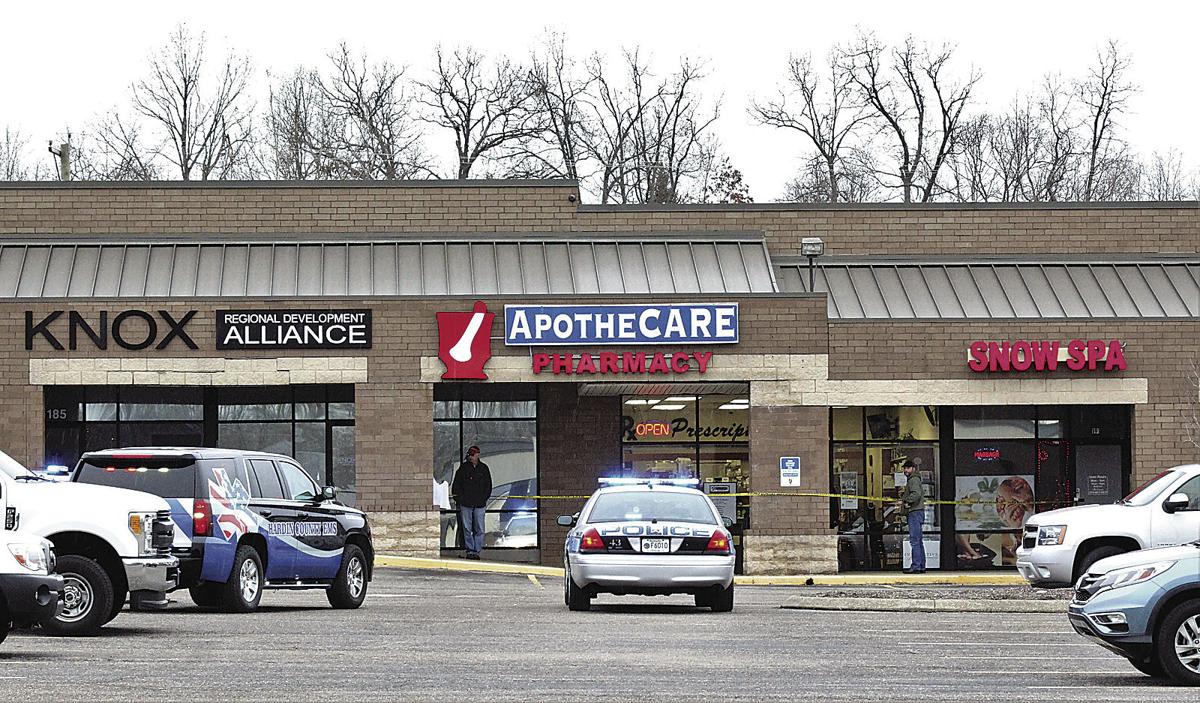 Police and EMS respond to the scene of a robbery and shooting Saturday morning at ApotheCare Pharmacy in Radcliff. 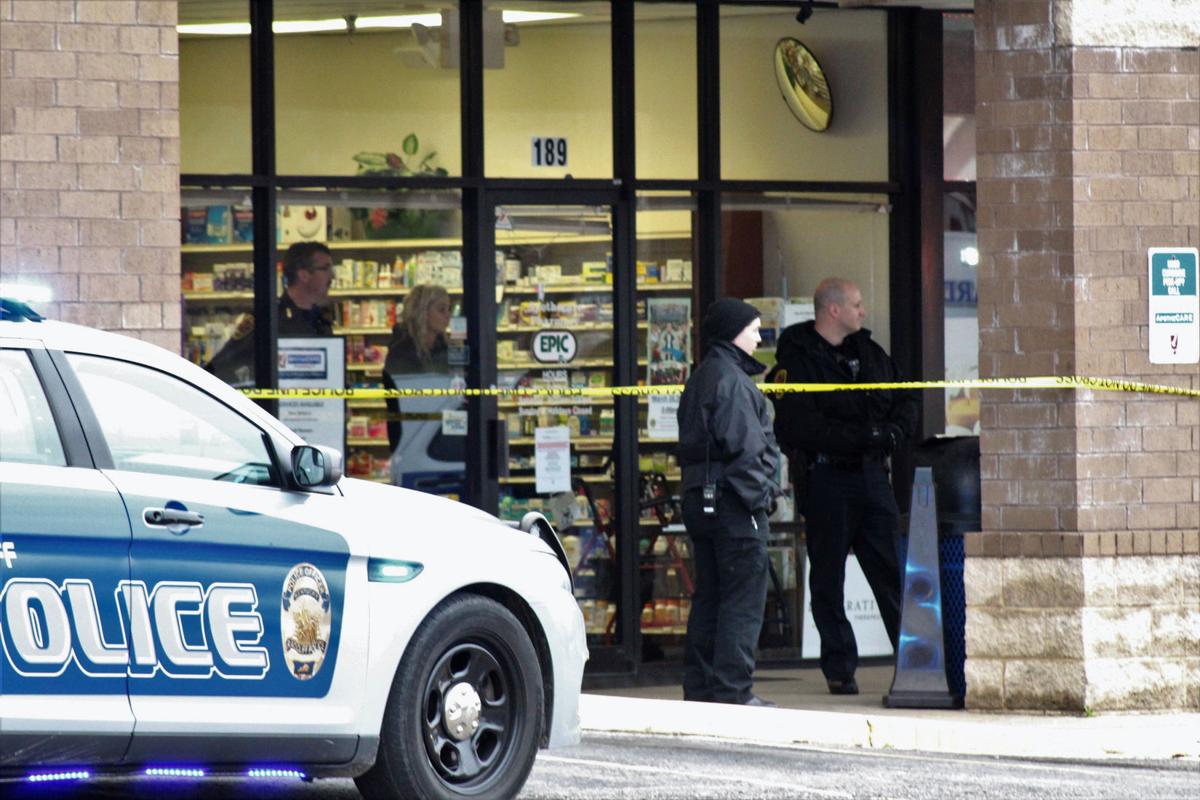 Radcliff police responded to the report of a robbery and shooting Saturday morning at Apothecare. The suspect was killed, police confirmed.

Officers and witnesses gather Satrurday morning outside of ApotheCare Pharmacy in Radcliff after a robbery suspect was shot and killed by a store employee.

Police and EMS respond to the scene of a robbery and shooting Saturday morning at ApotheCare Pharmacy in Radcliff.

Radcliff police responded to the report of a robbery and shooting Saturday morning at Apothecare. The suspect was killed, police confirmed.

During an attempted robbery, a suspect was shot and killed Saturday morning at ApotheCare Pharmacy in Radcliff.

The suspect, who was armed, was shot by an employee at the business and died from his wounds, Radcliff Police Chief Jeff Cross said.

ApotheCare owner Gary Hamm said he was not at the Radcliff location at the time but confirmed a person came into the store around 9:15 a.m. with a weapon in an attempt to steal narcotics.

Hamm said the incident happened quickly but employees are fine.

“Everyone was pretty upset but they are calming down,” he said Saturday afternoon.

Radcliff police and Hardin County EMS were called to the shopping center off East Lincoln Trail Boulevard to an attempted robbery and shooting.

According to radio communication, the suspect had a gunshot wound to the neck and face. A medical helicopter was called to the scene and then canceled.

Employees and customers inside the business at the time were unharmed, Cross said.

After the scene was secured, officers helped bring out belongings left inside by those who gathered on the sidewalk. Many of the witnesses outside were draped in towels and appeared shaken by the morning events.

Patrons from the shopping center which also includes Fantastic Sams and Ollie’s Bargain Outlet drove up to officers and to ask what was going on. One woman was on her way to the pharmacy to pick up a prescription when she was told by police there was a shooting.

Police tape also was stretched along the back of the building where more police cars were stationed.

No names are being released. Cross said the investigation is ongoing.

The Radcliff location is closed but Hamm said all Apothecare locations are interconnected and customers can pick up medications at the other stores in Elizabethtown and Vine Grove. He is looking at reopening the store Monday but no decisions have been made at this time.

“It’s a very difficult decision to make because it was a very tragic event, but on the other hand it’s a very busy store and people need access to their medications,” he said.

Hamm said is thankful for the support of the community and said many customers have contacted him concerned for the employees.

Glad the workers are okay.