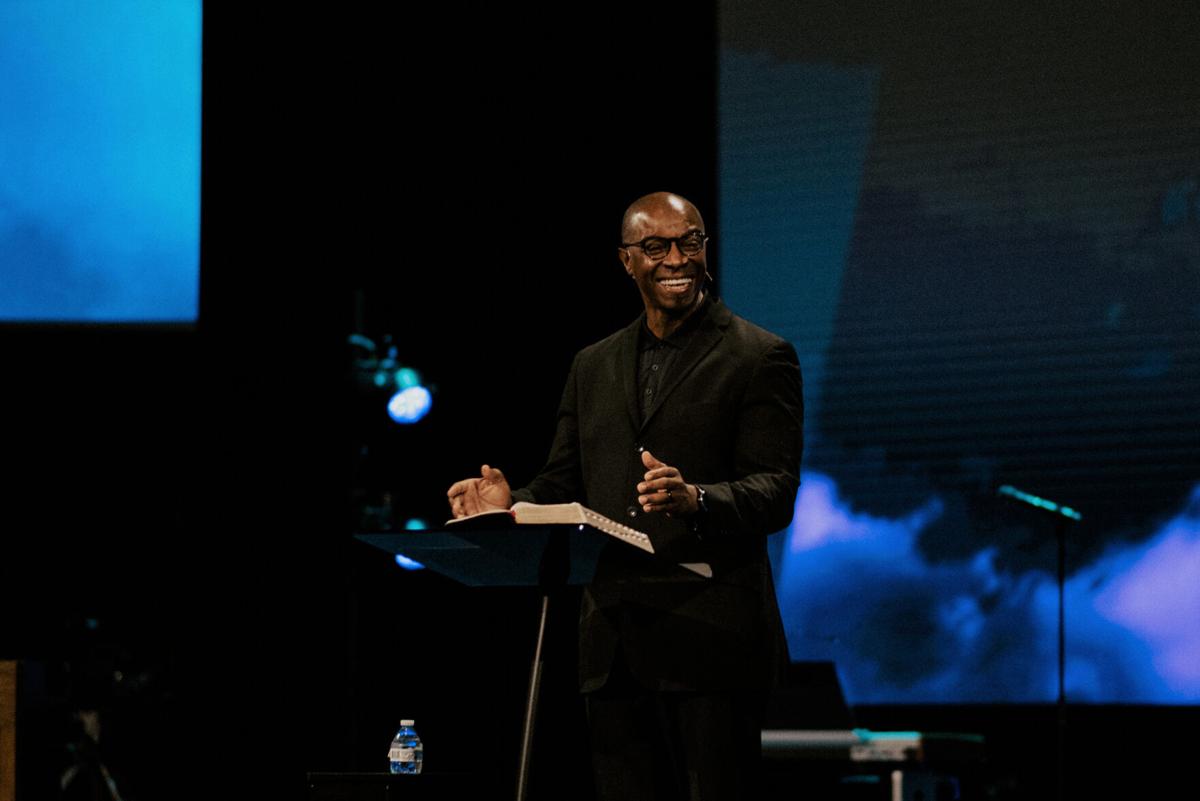 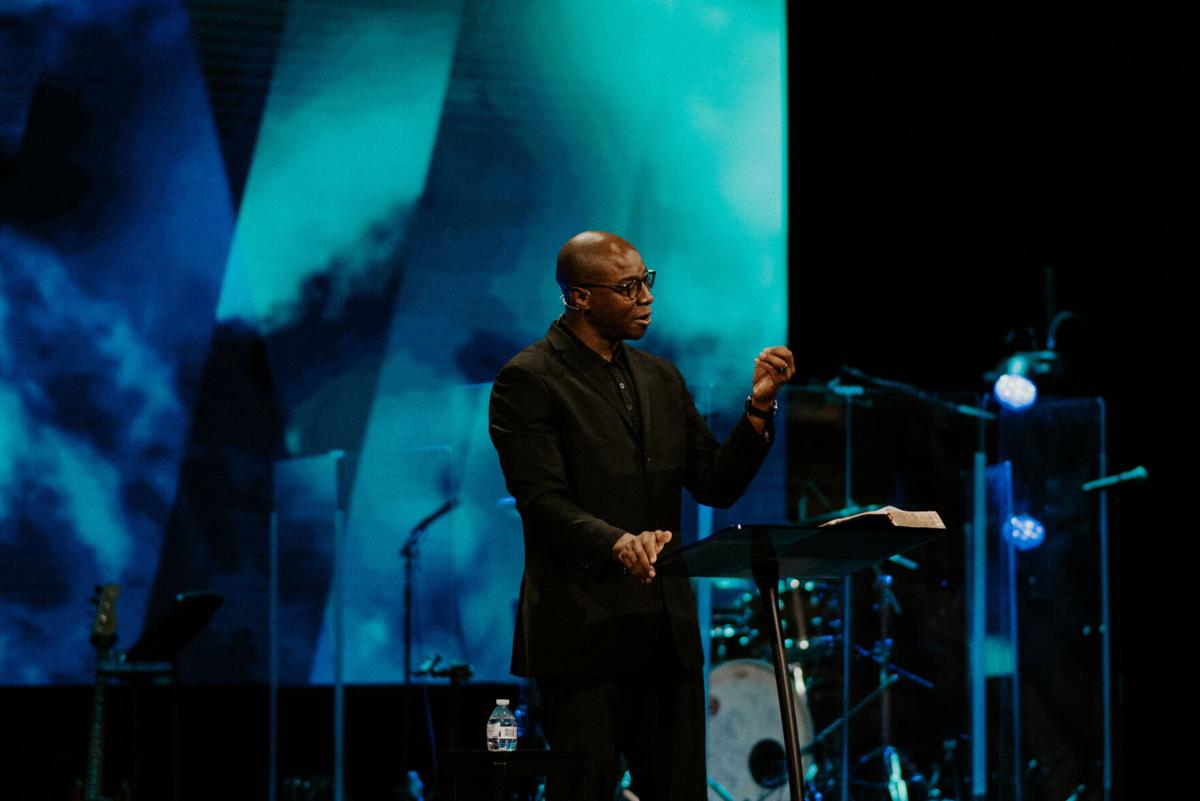 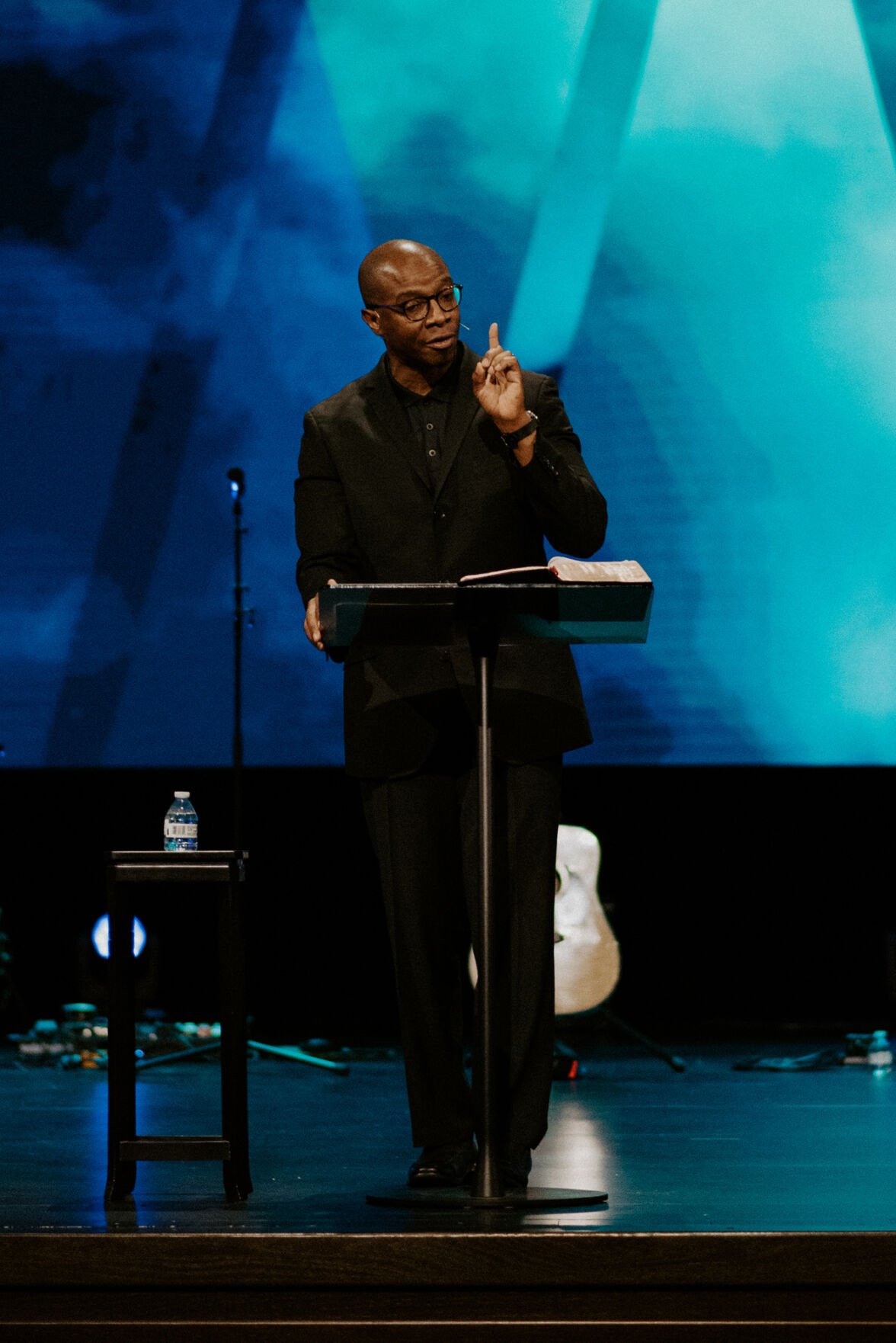 The church had been without a pastor since January when Bill Langley left for a position with Southern Baptist Con­ven­tion’s International Mission Board.

Sunday evening in a special business meeting, the church voted with 95 percent of those in attendance voting yes to approve Curtis Woods as lead pastor of the church.

Woods spent eight years in the Army Reserves, served in leadership at the Kentucky Baptist Convention, taught at the Southern Baptist Theological Seminary and is on the executive board of trustees for LifeWay. He has undergraduate and graduate degrees in social work, urban studies, pastoral leadership, American church history and biblical spirituality.

He’s been married to his wife Tracy for 23 years and they have three sons.

Kevin Ray, chair of the lead pastor search team, said the short answer to why they choose Woods was the “Holy Spirit.”

“As a team we had established early in our process that we would be unanimous in our decision before we brought a candidate to the church,” Ray said, adding they did not all arrive at that conclusion at the same time but did eventually.

“From the beginning Dr. Woods was not on our radar, nor were we on his,” Ray said. “He was graciously assisting Severns Valley Baptist Church as the Associate Executive Director of the Kentucky Baptist Convention during our interim period.”

He was one of several pastors scheduled to fill in at the pulpit during the interim but when COVID-19 hit, many who were scheduled could not come because of precautions about crossing state lines, Ray said. As a result, Woods preached at the church multiple times.

When the search team conducted a survey with the membership about characteristics and qualities the congregation felt was important in the next lead pastor, many noted in the comments section that they should consider Woods, he said.

“Looking back, we know now that just as our congregation was getting to know and love Dr. Woods, God was using that time to draw Dr. Woods’ heart to our church,” Ray said. “He didn’t just preach from the pulpit on Sunday, he provided pastoral leadership and care, during this unprecedented time, to our staff, our church council and many in our congregation.”

At one point in the process, a church member approached Woods and asked him to pray about putting in an application for the possession, Ray said. Woods did and was convicted to send in an application.

“When it came to character, competence, capability, chemistry and courage, Dr. Woods rose to the top and ultimately, after much prayer and discussion throughout the process, our team became convinced that God had led us to his man, Dr. Curtis Woods,” Ray said.

Woods said the Holy Spirit made known his calling to the church through the church members.

“I am called by God to shepherd this beautiful body of believers,” Woods said. “After much prayer and counsel from long-standing mentors and friends, the internal call of the spirit became insatiable.”

Through that process, Woods said he “discerned an ever growing hunger to lead this body to pursue friendship centered on grace and truth during these difficult days.”

“In this instance, he used a pandemic to confirm Dr. Woods’ call to serve as a lead pastor in a church from his current position at the Kentucky Baptist Convention.,” Wilson said. “At the same time, Severns Valley was able to get to know Dr. Woods’ preaching, but also him as a pastor, leader, husband and father.”

Wilson said something good can come out of difficult and trying times, which he said is true of Woods being lead by God to Severns Valley.

Woods said he loves his denominational leadership role at the KBC and has had the opportunity to serve as a transitional pastor for several church while with the KBC.

“Each time I finished those short-term assignments, I knew God would call me back to the local church to create beauty in his timing,” Woods said. “I am extremely excited.”

Woods’ family also has a military history. He was born in 1973 at Ireland Army Hospital on Fort Knox. He graduated from high school in Killeen, Texas, while living on Fort Hood.

“Within God’s sweet providence, I will have the privilege of ministering to civilian and military families who have a high view of the sacrifices our soldiering families make to defend American freedom,” he said. “I have deep reverence for military families.”

His goal for the future of Severns Valley is that the Holy Spirit will cultivate a culture of grace at the church.

“We cannot afford to allow the racial and political disunity that we often see in our culture to skew the way we treat one another in the church of Jesus Christ,” he said. “I am a highly relational leader who loves meeting and serving all kinds people for the purpose of introducing them to a love worth finding.”

His hope is that the church will be known for friendship and community engagement.

“People are hurting,” he said. “We cannot expect them to come to us — we must go to them.”

The appointment of Woods to the church is one that is historical and reflects God’s timing.

Severns Valley is known as the oldest evangelical church west of the Allegheny mountains and was founded June 18, 1781.

“The church is 239-years-old and I am the first African American pastor elected to lead,” Woods said. “This is an amazing privilege and responsibility before the Lord and my church family and a sacred trust which I do not enter lightly.”

Wilson said, as a Christian, he knows that God’s timing is always perfect.

“It sure looks like there are many ways God can and, we hope and pray, will use Dr. Woods during the tumultuous times we are living in right now,” Wilson said. “He has been a clear voice, among Kentucky Baptists and also nationally in the Southern Baptist Convention, for reconciliation, healing and unity.”

Through preaching and teaching, Wilson said Woods has already touched on these topics to the congregation and leadership.

“We know this is just the beginning,” he said.

Wilson said during the time Woods has spent preaching at the church during the interim, he has become a pastor and close friend to the staff, leadership and church.

“We are excited not just to be able to serve alongside him, but we are also excited for his vision for the church, the staff and our community,” Wilson said. “Dr. Woods has a very God led vision to share the gospel to all nations, all people, all ethnicities, all demographics, all ages.”

Ray said the first question Woods asked the search team was, “Do you believe your church is ready to allow the Holy Spirit to confront all forms of cultural Christianity that hinder true transformation?”

He said Woods greatest desire is to reach the lost for Christ.

“His method is to teach proper discipleship, as we day by day look for opportunities to share the gospel, not in just what we say, but in everything we do,” Ray said adding he is confident that God led the team to Woods. “We are looking forward to what God desires to do in an through SVBC in our community and ultimately around the world with Dr. Woods at the helm.”