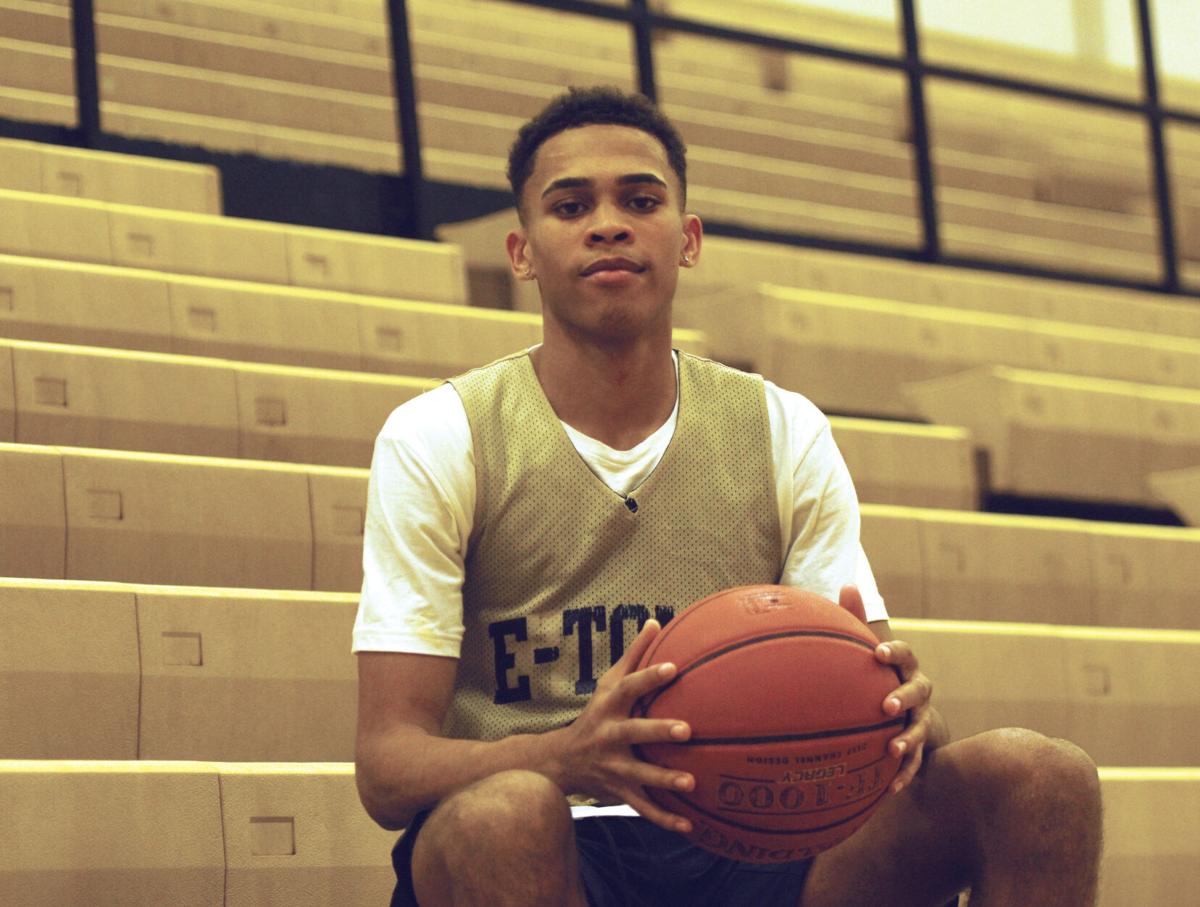 Elizabethtown’s Alandre Murphy is back for another year of Panther basketball, taking advantage of the opportunity for Kentucky high school students to use a supplemental year due to the pandemic. 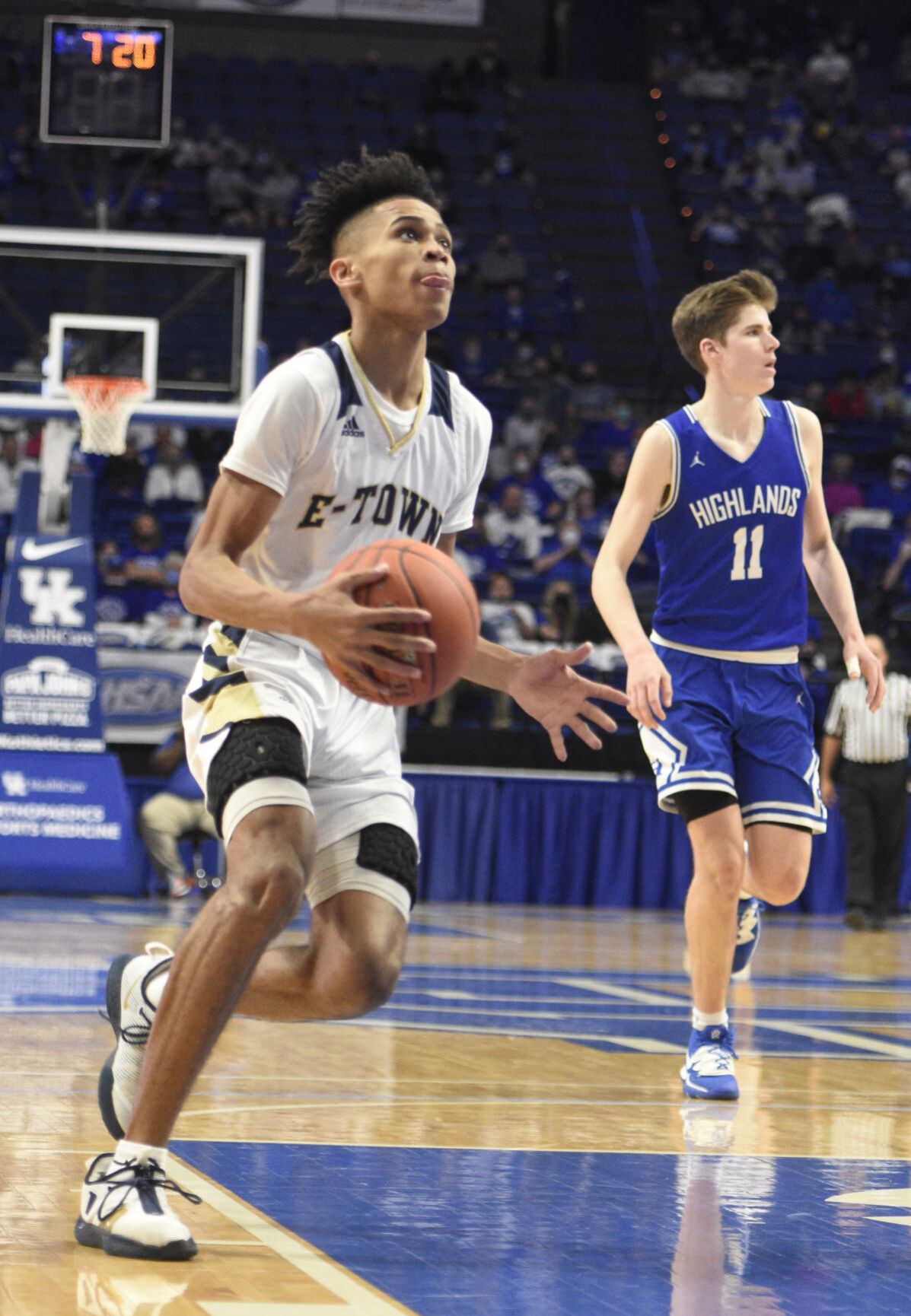 Alandre Murphy moves the ball in last year’s state championship game against Highlands at Rupp Arena in Lexington. The state title game loss played a role in Murphy’s decision to return for another year, along with the chance to increase his recruitment prospects and to play with the younger talent coming up for the Panthers.

Elizabethtown’s Alandre Murphy is back for another year of Panther basketball, taking advantage of the opportunity for Kentucky high school students to use a supplemental year due to the pandemic.

Alandre Murphy moves the ball in last year’s state championship game against Highlands at Rupp Arena in Lexington. The state title game loss played a role in Murphy’s decision to return for another year, along with the chance to increase his recruitment prospects and to play with the younger talent coming up for the Panthers.

This year’s Elizabethtown High School basketball team is going to look pretty different compared to how it has looked the last few years.

While the Panthers will have a new look this year, there is one veteran presence still lacing it up at practice ahead of Friday’s season opener against Barren County. Alandre Murphy, a senior on last year’s state championship runner-up squad, is back for another year of Elizabethtown basketball.

With just under a week to go in the preseason, Murphy is looking forward to showcasing what he and his teammates can still do.

“I’m feeling good. We’ve got a new team. I’m excited to show everybody else the new E’town. We’re young, but I feel like we’ve got potential to be good,” Murphy said. “I’ve been trying to focus on my shot and being more of a leader. We’ve got a young team, so I’ve gotta step up as a leader. I’ve got to get my handle better, too. Last year I was at forward, so not many coaches got to see me at guard. Now I’ve got to control the ball and control the pace, so I’m just working on stuff like that.”

The uniqueness of being a super-senior high school athlete is not lost on Murphy. Like many facets of life since March 2020, his return to Elizabethtown this season is yet another result of COVID-19.

A chance at a do-over year came courtesy of Kentucky Senate Bill 128 was something he couldn’t pass up. The bill, which was signed into law in March of 2021 and created the Supplemental School Year Program, allowed Kentucky K-12 students the opportunity to use the 2021-22 school year as a supplemental year and gave them a chance to retake or take supplement courses they already had completed.

The bill also gave student-athletes like Murphy the option for another year of eligibility after the difficulties the pandemic had caused since early 2020.

Taking the opportunity to reclassify as a 2022 graduate put Murphy into a unique group of high school athletes who took advantage of this, something he knew he had wanted to do since the Panthers lost to Highlands in the state championship game on April 3.

The sting of the championship game loss was a major factor in Murphy’s decision to come back, but it was not the only one. Another chance to impress college programs also played a role, as did the chance to play with some new talent coming into the program.

“After (the state championship game), it was a rough game, so I just had to come back for revenge,” he said. “It was also mainly recruiting. Then in the summer, I started talking to some of the guys who transferred here. They said they were gonna come, so as soon as I heard that, it was 50/50. Then I talked to my parents and family and I just decided I wanted to come back.”

The decision meant that Elizabethtown would get one of its leading scorers from last year’s team back, as well as its top rebounder. He averaged 12.4 points and 5.3 rebounds a game last season.

The 6-foot-2 Murphy is the only returning player from the Panthers’ 2020-21 roster, who had more than 10 points last season.

“At one point, all of those guys were talking about coming back. I think they all made the right decision for themselves and I think Alandre did too,” Elizabethtown coach James Haire said. “He’s definitely playing with a different group. It’s gonna be a different style of play and he’s the only experience I have coming back. He’s like on an island by himself, but I would think as the season progresses, he will get more comfortable with them, they’ll get more comfortable with him and hopefully by the end, everything should work out.”

Murphy is excited by the opportunity to expand on what he can do on the basketball court. This also comes with an understanding of what being the oldest and most experienced player on the team means.

Haire believes the leadership qualities Murphy has shown will not only help the newer faces on the team, but also Murphy as he hopes and prepares to continue at the next level.

“He does so much for these guys. He shows them how hard you need to work in practice. He is a very good teammate. He encourages everybody. Everybody feeds off him,” Haire said. “It helps him develop his own leadership skills. Last year, that thing was kind of spread out and now he’s the person that everybody looks to and he’s been doing an excellent job.”