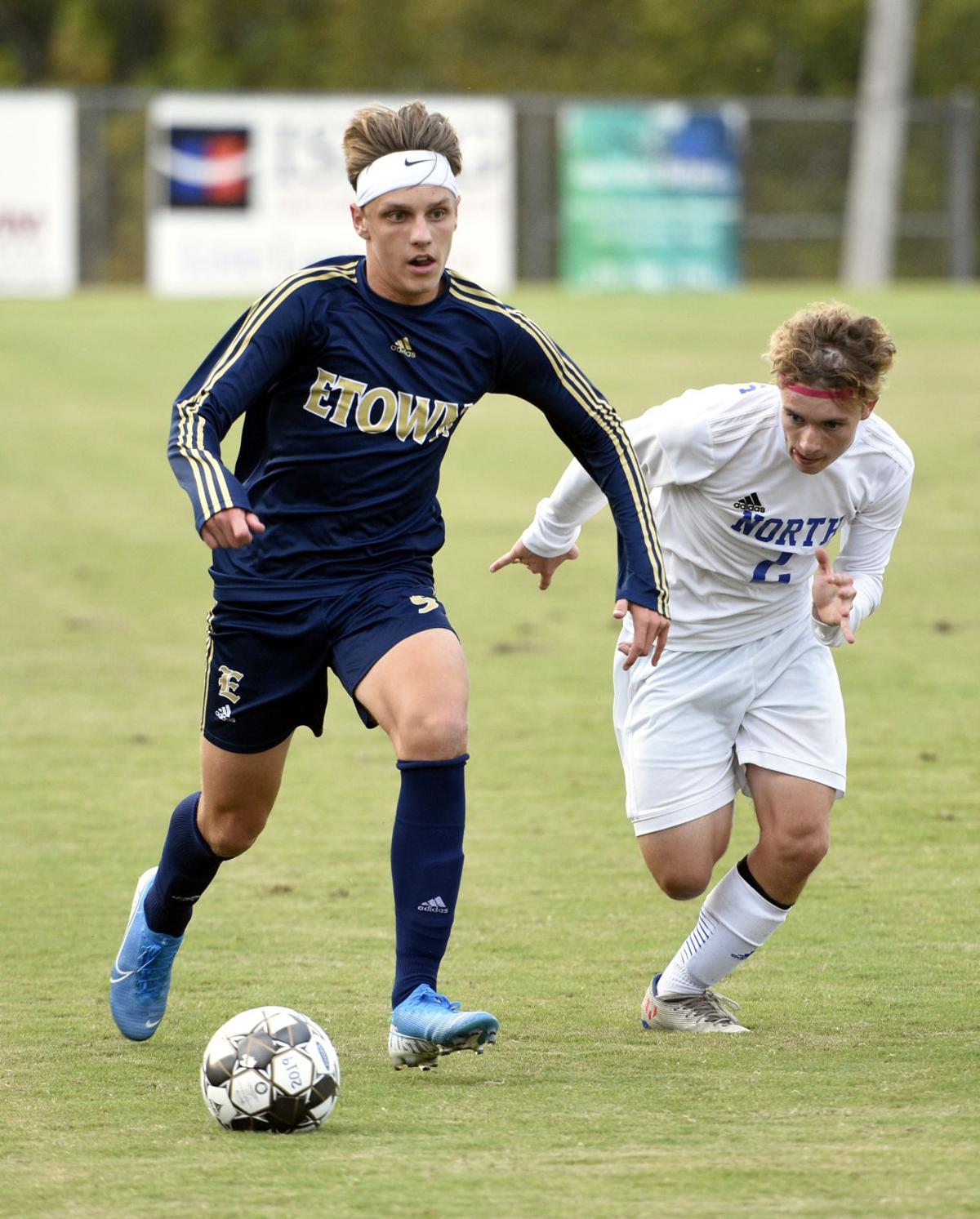 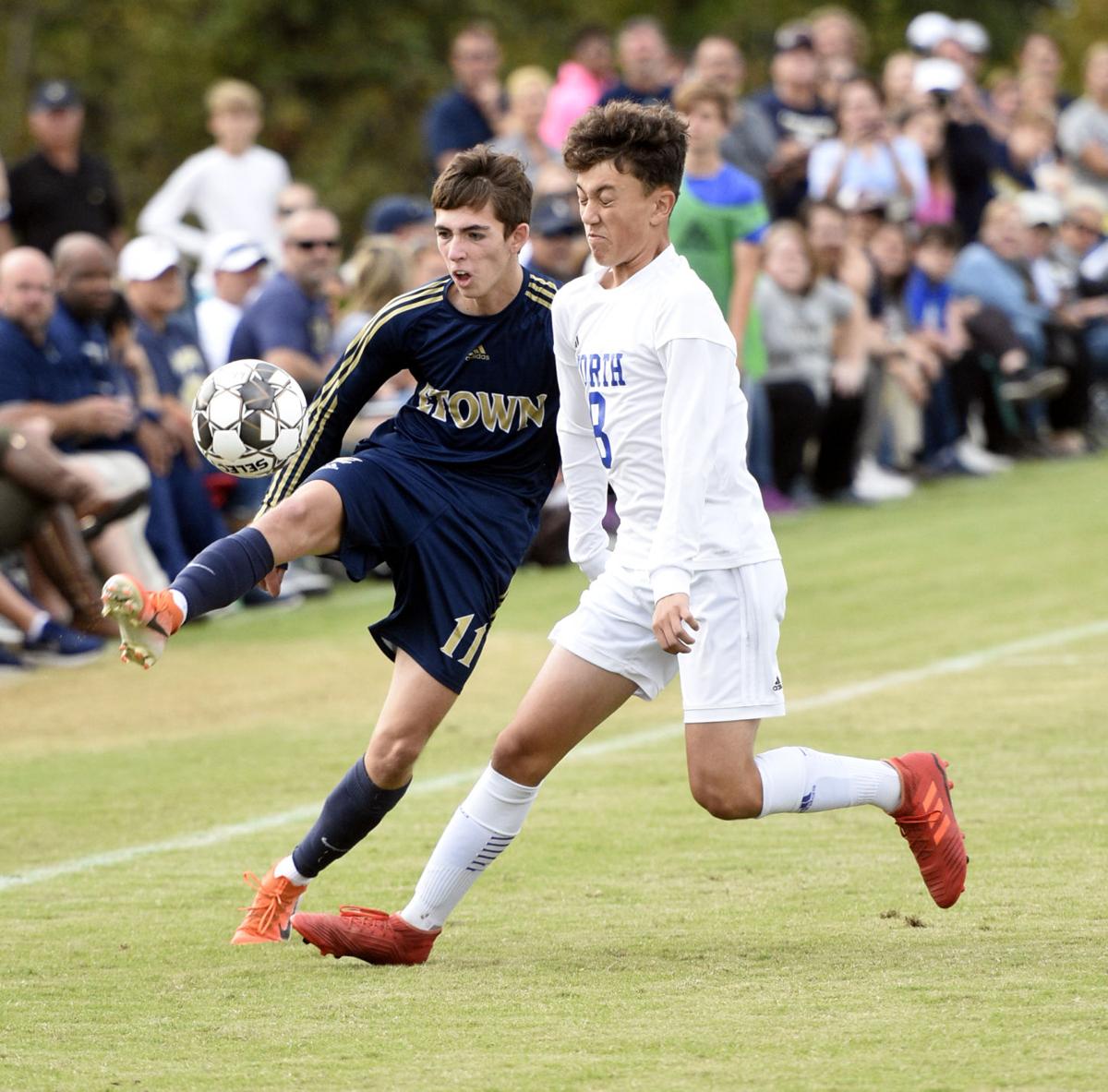 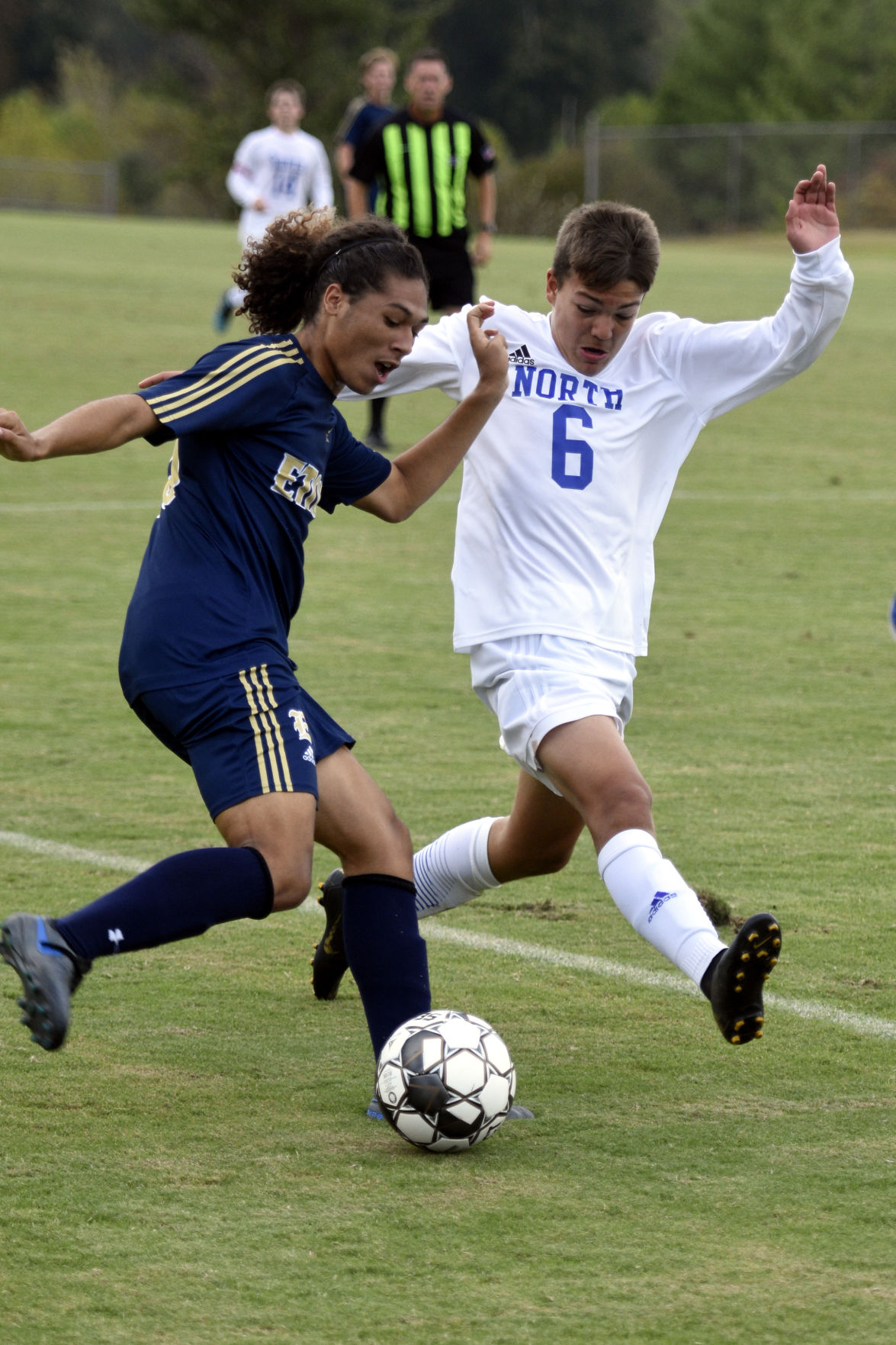 A few minutes before Jacob Mata scored the biggest goal of his high-school soccer career Thursday night, the Elizabethtown High School junior got a pep talk in front of his team’s bench from coach Corey Yates in the championship game of the 17th District Tournament at John Hardin High School.

As Mata briskly walked near midfield, perspiration on his face, Yates told him that he would do something big before the game was over. Mata nodded toward his coach.

And then he decided the tournament title when he spun around from about 18 yards out and drilled a low shot past North Hardin freshman keeper Tyler Houchin to pave the way for the Panthers’ 3-1 championship game win to claim their first district tournament title since 2009.

“It just meant the world to me because it made me feel like he had faith in me to produce on the field,’’ Mata said. Yates said he was considering taking Mata out of the game and then he “did something to make me change my mind.’’

With 9:56 left in the game, Mata broke through for the Panthers, who forced the attack in the second half and had numerous shots either saved by Houchin or miss the goal altogether.

With the top-seeded Panthers (15-6-2) pressing on offense, sophomore Dylan Barnes tapped a short pass to Mata, who fired his game-winner to the right of Houchin into the corner of the net for a 2-1 Panther lead.

“I was in the top of the box and I thought he (Barnes) was going to shoot it and he passed it to me so all I knew to do was turn and shoot and hope for the best,’’ Mata said.

Less than four minutes later, the Panthers padded their lead to the final margin as senior Luis Gomez found the right corner of the net open.

“We had plenty of shots, plenty of opportunities,’’ said senior Bryan Herringshaw. “We just had to keep playing our style and keep moving it. We had some beautiful looks in the second half and we finally buried some.’’

North Hardin coach Jim Stone said his Trojans (6-15-2) were unable to hold their own on challenge balls near midfield and that led to much of the second half being played on his team’s end of the field.

“We weren’t winning anything in the middle of the field and I think that detracted from us possessing the ball,’’ Stone said.

He said his team lacked some of the energy it had shown in Tuesday’s shootout win over No. 2 seed Central Hardin.

“We had the tougher semifinal match and that may have taken some of our legs and it was more apparent in the second half,’’ said Stone, who saw his team recover from a disastrous 0-11-1 start to the season to advance to the 5th Region Tournament at Marion County High School.

The Panthers, who have won all three meetings with North Hardin this season by a combined 8-2 margin, opened a 1-0 first-half lead as freshman Cole Valera took a crossing pass from Gomez and lifted a high shot over Houchin with 25:30 left in the half.

The third-seeded Trojans tied the game at halftime when senior Phoenix Compton broke free and moved in all alone on Elizabethtown junior keeper Brandon Parsons and slipped a low shot past him with 9:11 left in the half.

In the second half, however, North was unable to put together much of an offensive threat and spent most of the second 40 minutes fending off the Panthers.

“Griff (junior Griffin Inman) was winning every 50-50 in the air and that helped a lot,’’ Herringshaw said. “We got sucked into their style a little bit, but as soon as we broke it, we were clearly the better team and it showed on the field.’’