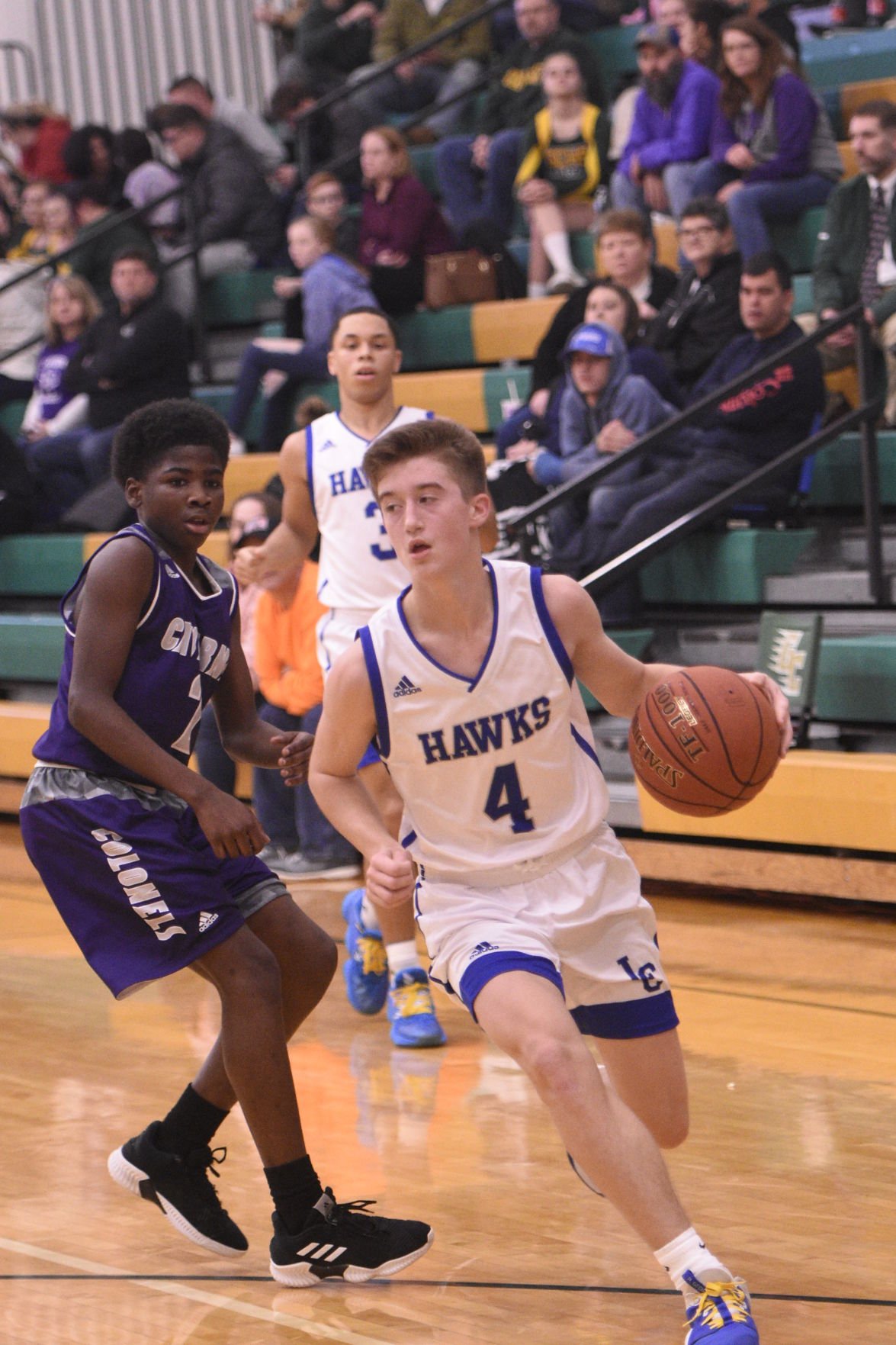 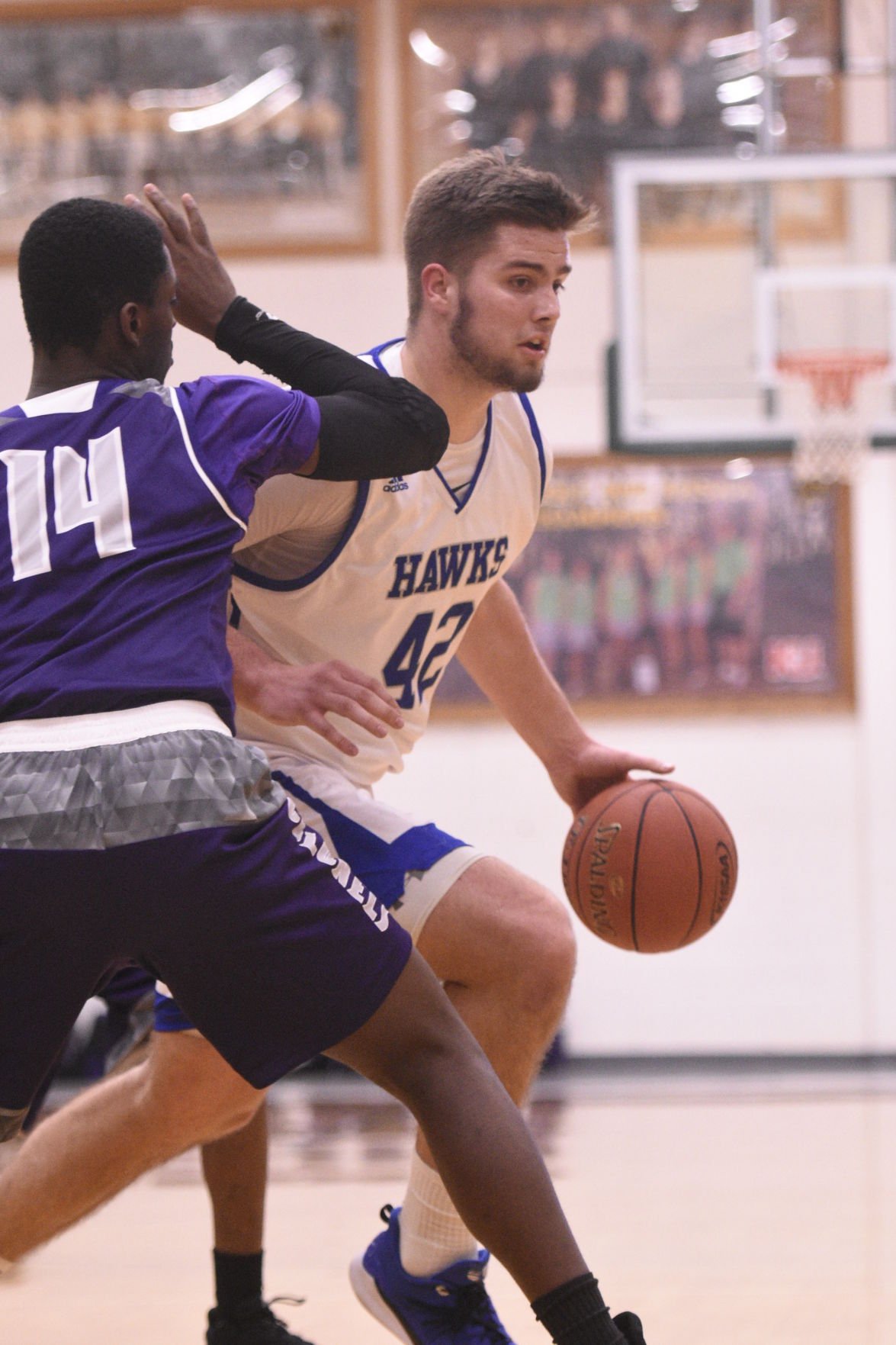 Carson Childress seemed to not have a range limit Tuesday night. Across the first three quarters, he hit seven 3-pointers for 21 points. He also threw in a free throw to cap off a new career-high at 22.

“Our point guard, he always gets me open and pretty much all credit to him,” Childress said. “It feels great.”

Childress’s 22, Mark Goode’s 28 and other performances were key to helping balance out a somewhat up-and-down game against Caverna in the 18th District Tournament. The Hawks ultimately held it together for a 76-58 semifinal win.

The victory secured LaRue County a spot in Friday’s 18th District final and the Region 5 tournament.

“Always good to get that first win, punch your ticket into the region tournament, so happy about that,” Hawks coach Paul Childress said. “I thought we got off to a great start. Guys were focused that first quarter and then just had a lull. Had too many lulls. They got complacent, started getting off script a little bit with what we’ve been doing. Hats off to Caverna, they continued to play hard.”

The Hawks opened the game on an 18-0 run through the game’s opening 4:22 in the first quarter. Not long after, the Colonels hit their first shots to finish the quarter with LaRue County on top 23-8.

The lull periods Coach Childress described began in the second quarter, with Caverna cutting LaRue County’s lead to 31-21 with 3:15 left in the first half.

These periods of stronger shooting from the Colonels continued over the next three quarters.

“We’d get up, then we’d have a little lull, let down, then we’d start playing again, then another lull,” Coach Childress said. “Got a little sloppy with the basketball, so those are some things we’ve got to dial back in for Friday night.”