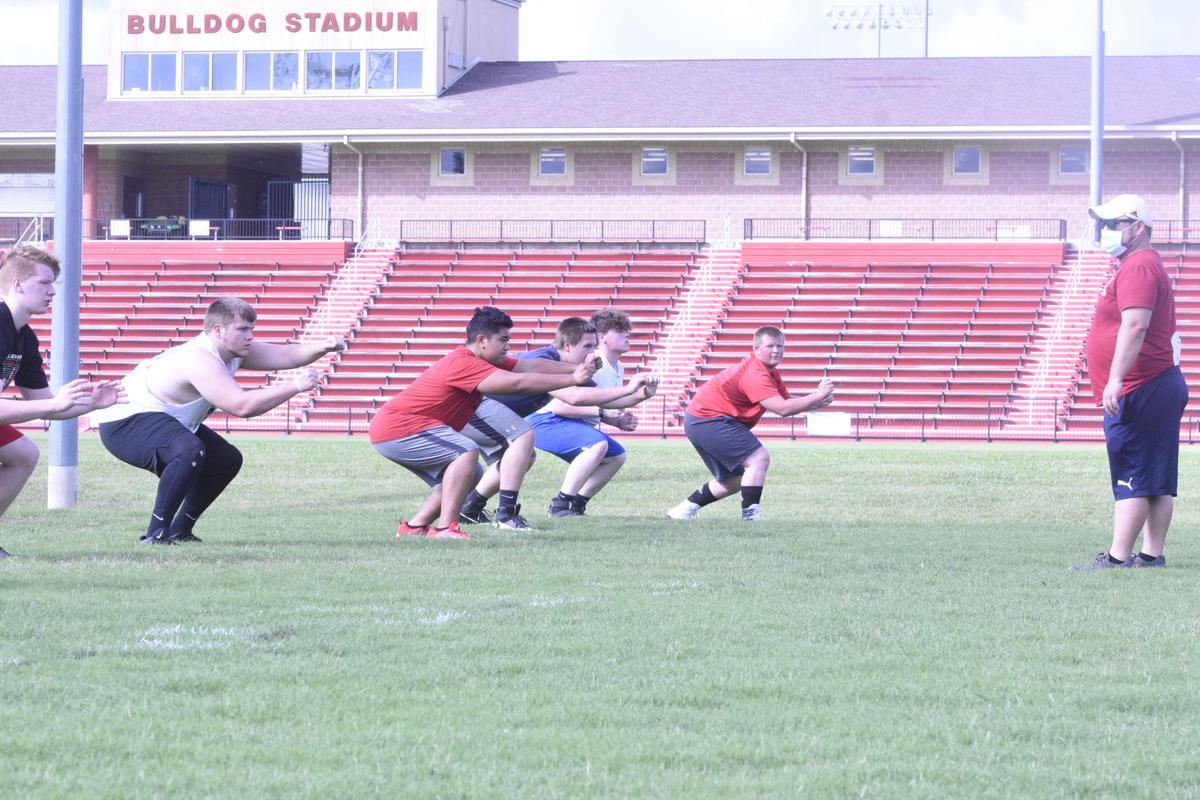 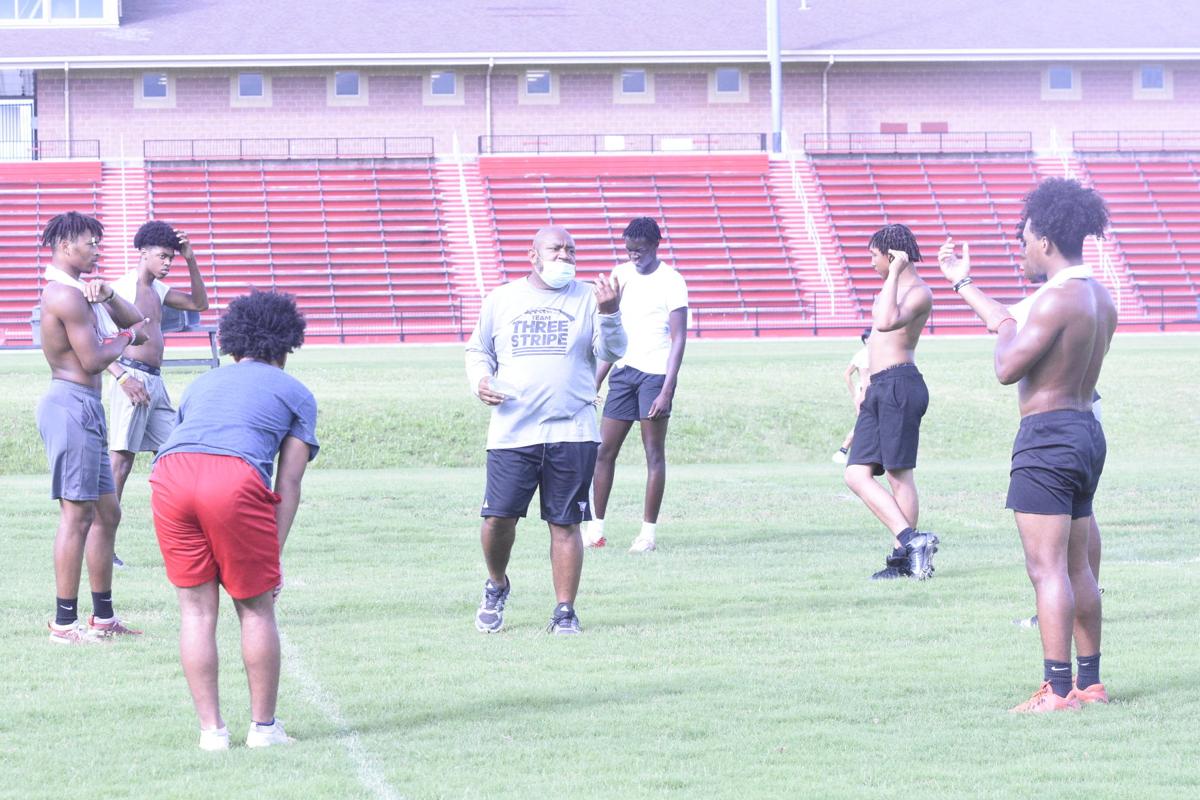 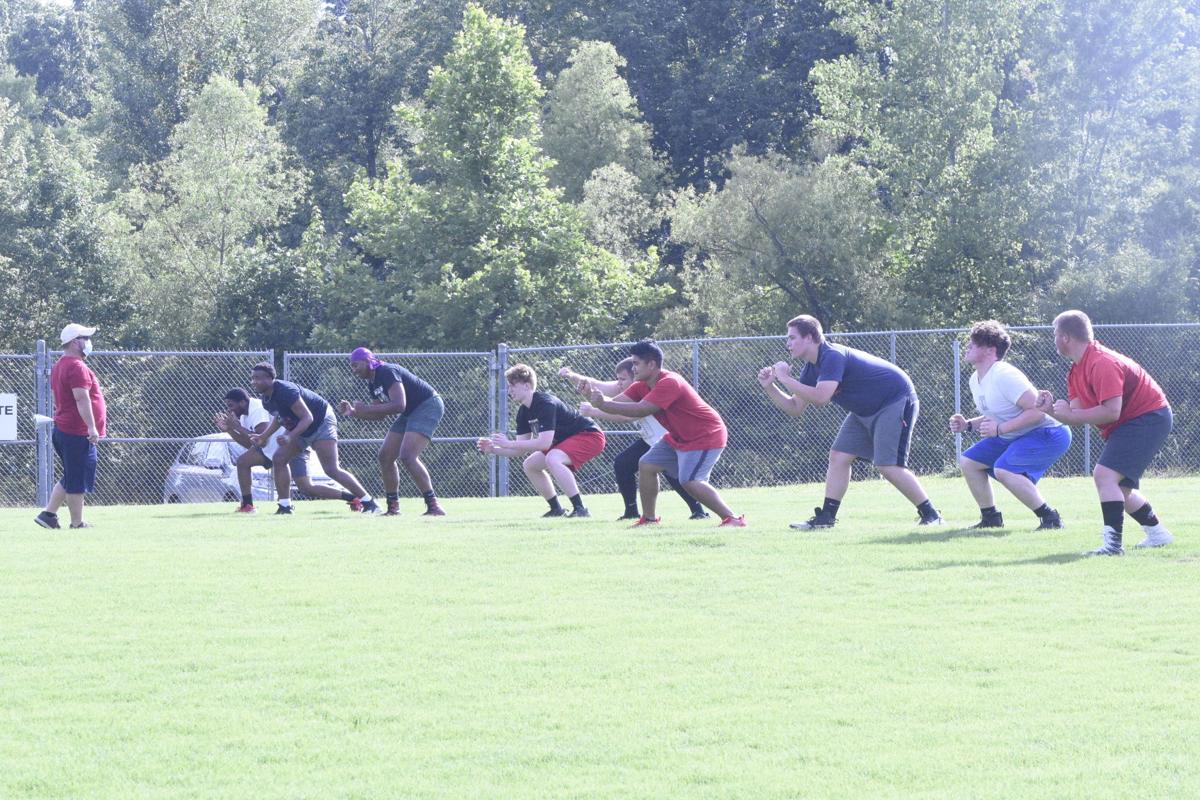 It’s a hot summer evening at John Hardin High School. Members of the school’s football team are making their way down to the field for preseason practices.

These aren’t normal summer practices by any means. There are temperature checks and social distancing measures in place. There are also limitations on what can actually be done from a practice standpoint. It’s a part of the temporary new normal for high school sports in Kentucky in the era of COVID-19.

First-year Bulldogs head coach Doug Preston didn’t have the rise of a global pandemic in mind when he left Franklin-Simpson for his current role in February. It hasn’t been easy through the almost three-month dead period as a result of the virus, but he and the team are making the most of it since being allowed to get back together.

For Simpson, a large part of this return means continuing to get to know his new players.

“Just getting to know them, their personalities, their negatives and positives and things that they do well and not well, body movements, just all that stuff,” Preston said. “It’s just good to be with the kids.”

High school sports in Kentucky were given the green light to gradually resume in June after all athletic activities were shut down on March 13. The process started with team meetings of no more than 10 at a time from June 1-14 and evolved into the opportunities for practice and workouts for various sports.

On June 29, football teams across the state were allowed to resume practices, albeit with social distancing-related guidelines in mind.

“You can’t still go at it, but you can have them on the field together. They’ve still gotta keep their distance,” Preston said. “Just really basic skills. Just basic, basic skills. Getting that body used to just being out there, moving around again a little bit.”

Player groups of 10, called pods, are spread out across the practice field with a specific coach and rotate through a variety of exercises. These pods are divided based on position as much as possible.

It’s not a typical practice and these aren’t typical circumstances. For players like rising junior Keyandre Strand, it’s still better than no football practice at all. Strand, a running back who led the Bulldogs with 555 rushing yards last season, was initially concerned sports like football wouldn’t even make it to this point.

“Just happy, happy to be back because we didn’t even think, how COVID-19 was going for a minute, we would even get this opportunity,” Strand said. “But to just be back out here, seeing us all come together and really just stay on that hopeful focus for the season coming up, that’s just basically how we all feel right now.”

The nature of the current guidelines presents unique difficulties for a physical sport such as football. With limitations of no more than 10 players per group, teams could not even get 11 guys on the field to simulate a full offense or defense if they were allowed to.

This presents added responsibilities to Preston and his coaching staff.

“It’s all a challenge. It’s the only way to describe it,” Preston said. “The biggest challenge is to make sure you’re watching them. Even if they’re in their group of 10 you’ve gotta keep that six-foot distance. They’ve gotta abide by that.”

Outside of having to keep social distancing in mind, players like Strand have worked to ensure they get the most out of what they are allowed to do at practice.

“It’s just a little adapting because, you know, football is a contact sport. Now we’re working on more individual work,” Strand said. “It’s just more of you focusing on what can you do? What can you do more in yourself to bring out the best quality of you during the season? So it’s more individual focused, but it all has a team purpose at the end of the day.”

One thing the guidelines haven’t been able to do is prevent him from getting a sense of what the Bulldogs can do this year.

John Hardin heads into the 2020 season off a 5-7 record. In the postseason, the team opened the Class 4A playoffs with a 35-21 win over Spencer County before falling in overtime to Moore 32-30 in the second round.

This belief has extended into the players as well. There’s still plenty of questions and uncertainty around the 2020 season, but the Bulldogs are excited to see what they can do if given the opportunity.

“(Coach Preston) wants the same thing as us, he wants us to have a great season, so we’re all just pretty much trying to stay in tune to hope for that yes, we’re gonna have a season,” Strand said. “We’re all usually on calls late nights, talking about ‘man I can’t wait for this season,’ because we all still have hopes that this season is coming and pretty much, I don’t think the excitement is lost for my junior season. It’s not lost at all.”