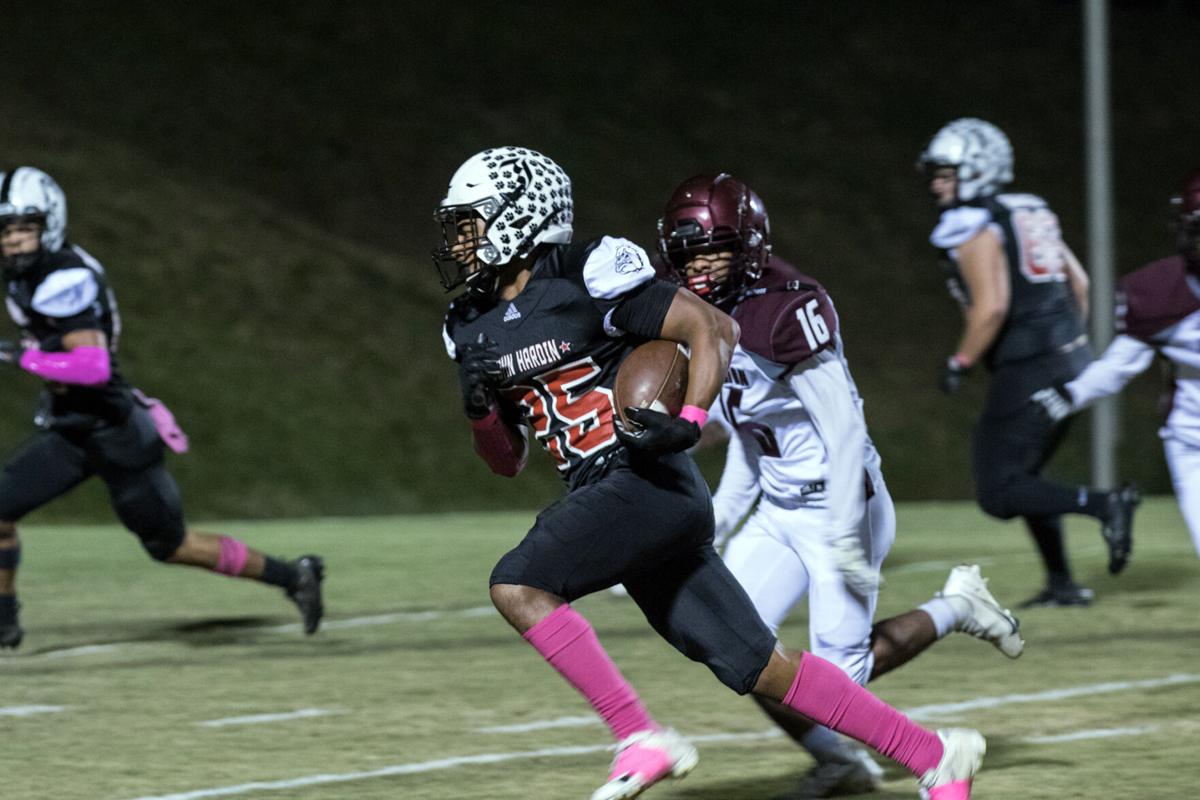 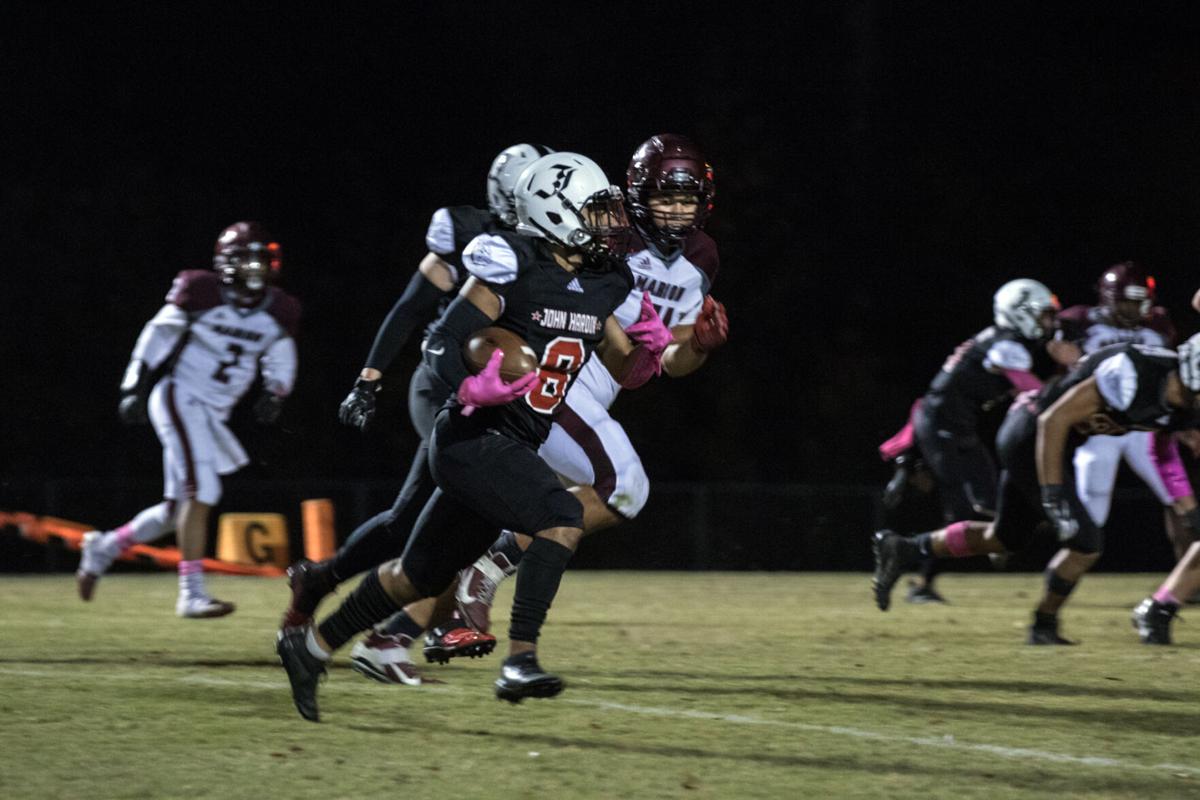 John Hardin running back Isaiah Harris moves the ball for the Bulldogs. 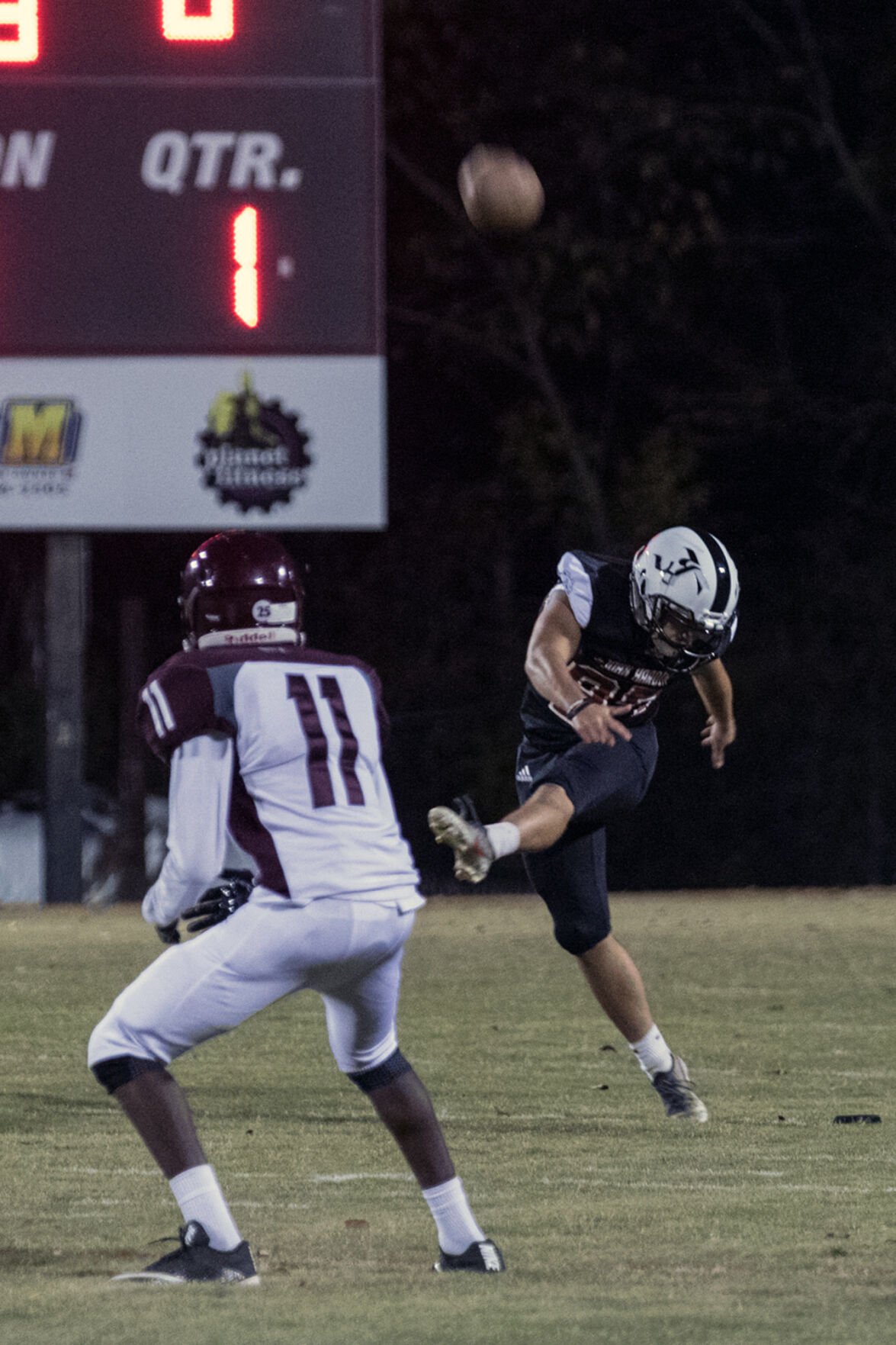 Bulldog kicker Jake Owens sends the ball into the air during the first quarter.

John Hardin running back Isaiah Harris moves the ball for the Bulldogs.

Bulldog kicker Jake Owens sends the ball into the air during the first quarter.

The Bulldogs added another impressive finish to its growing list of blowout wins Friday night at home. Hosting district foe Marion County, John Hardin got on the board early and returned to the end zone often in a 52-0 victory over the Knights.

“We played pretty good. We jumped out pretty quick and I thought our guys played pretty fast on defense and blocked well,” Bulldogs coach Doug Preston said. “It was good to be able to get a lot of our young guys in.”

The Bulldogs were out to a 14-0 lead five minutes into the game. By halftime, this lead had been expanded to 45-0.

After being held to seven points through its first two games, the John Hardin offense has put up 179 points over the last three weeks.

Preston credited this turnaround with continuing to adapt players to their best roles on the offense.

“There’s been a lot of things. We’ve moved people around, I think we’ve finally got everybody settled into spots that they really fit into well. Probably that’s the biggest factor in that,” Preston said. “The offensive line has gotten better each week and they’re executing pretty well now on their blocking assignments.”

Defensively, the Bulldogs have allowed just one touchdown in the last three weeks, coming in a 64-7 win over Valley. The defense has not given up a touchdown through its last two games against Moore and Marion County.

“It was just basic football. There’s really nothing special that we were doing,” Preston said of the team’s defensive effort. “We’re just getting better fundamentally, the kids understand schemes and those kind of things.”

It also set up a showdown for the district title against this Friday when the Bulldogs host Spencer County.

The Bears come into the game off four straight wins. Both John Hardin and Spencer County have two losses.