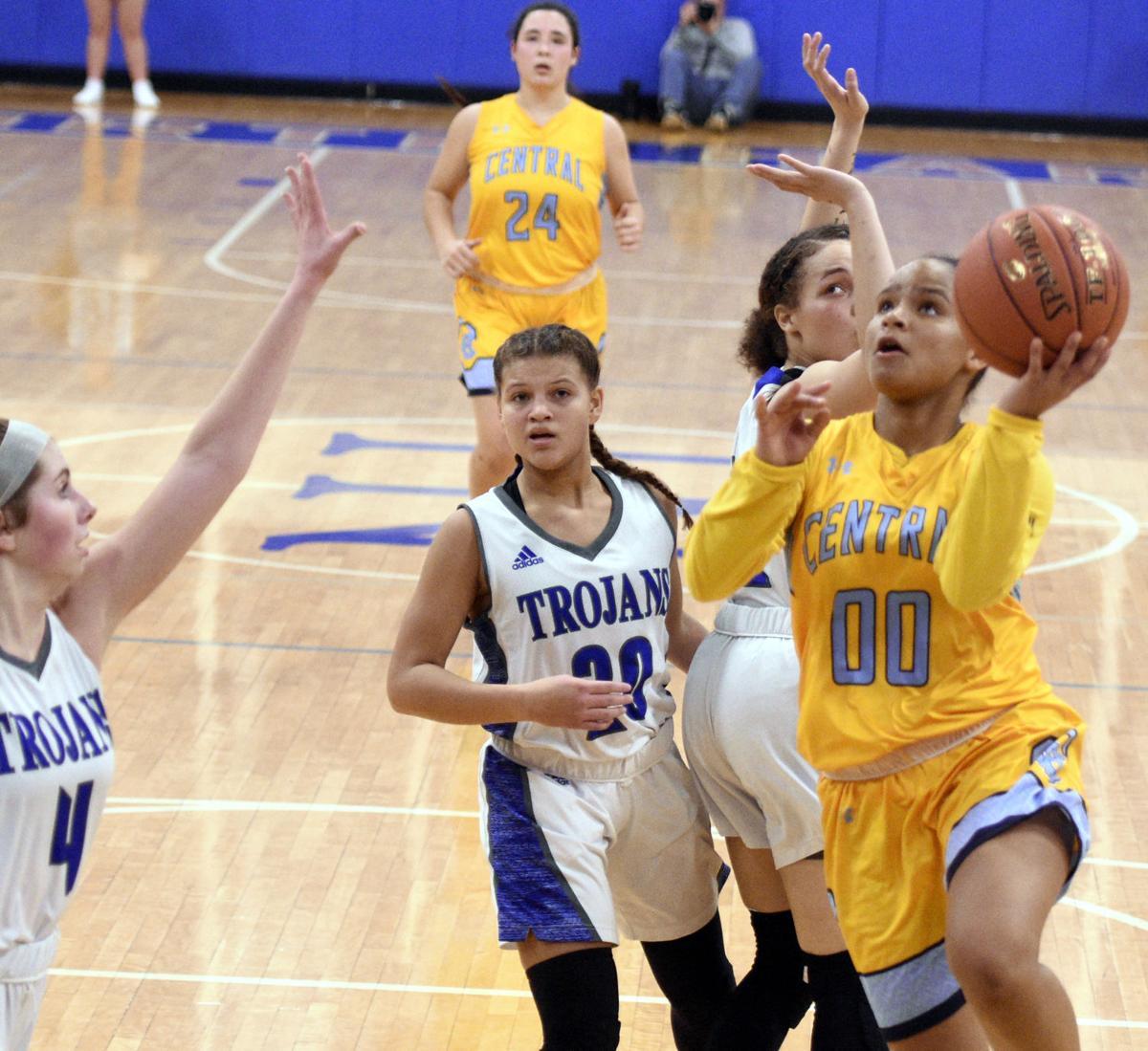 Central Hardin’s Monica Lindsey drives around North Hardiin’s Jerica Johnson (20) and ZahRiya Rupp as teammate Addison Sutton comes over to help during the first half of Monday’s 17th District game inside the Ron Bevars Gymnasium. Lindsey finished with a game-high 27 points as the Lady Bruins left with a 60-48 victory. 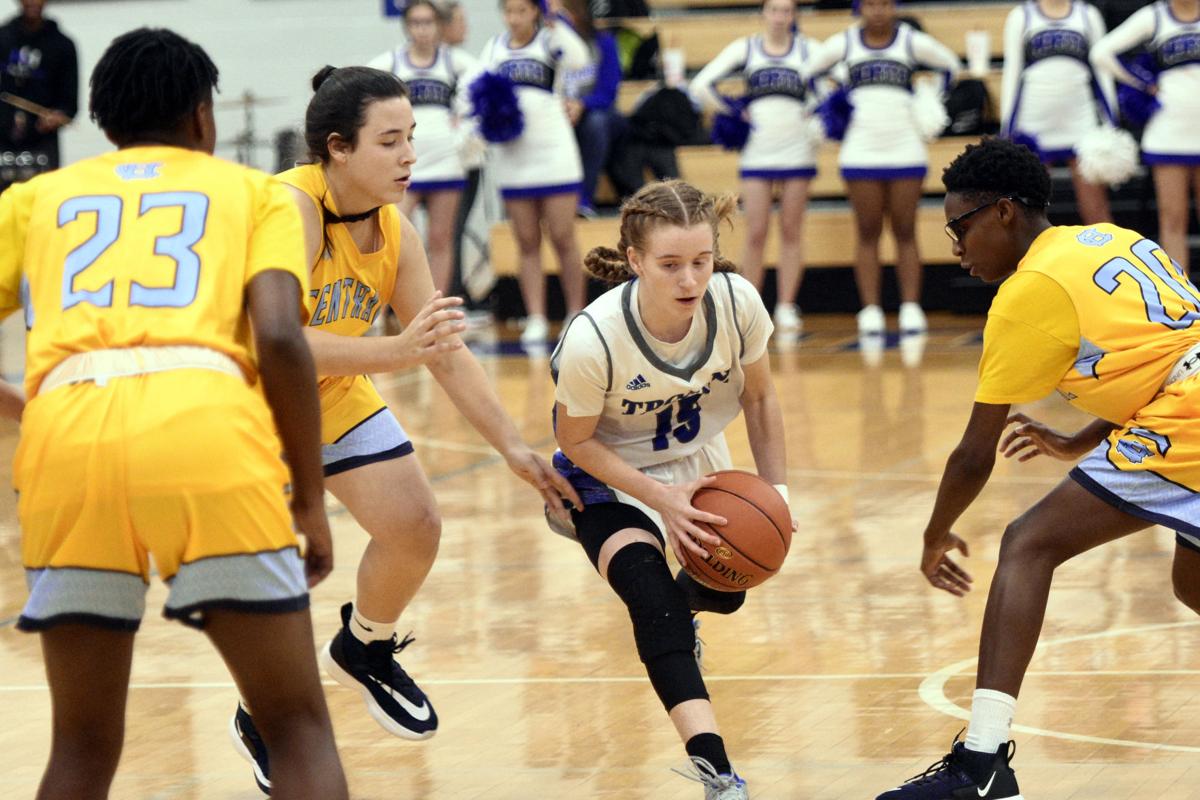 MIKE MATHISON/The News-Enterprise North Hardin’s Ella Scherer drives between Central Hardin’s Kaniya Kendricks (20) and Emily Bryant while teammate Kaiden Kendricks is waiting during the first half of Thursday’s 17th District game inside Ron Bevars Gymnasium. The Lady Bruins walked away with a 60-48 victory. 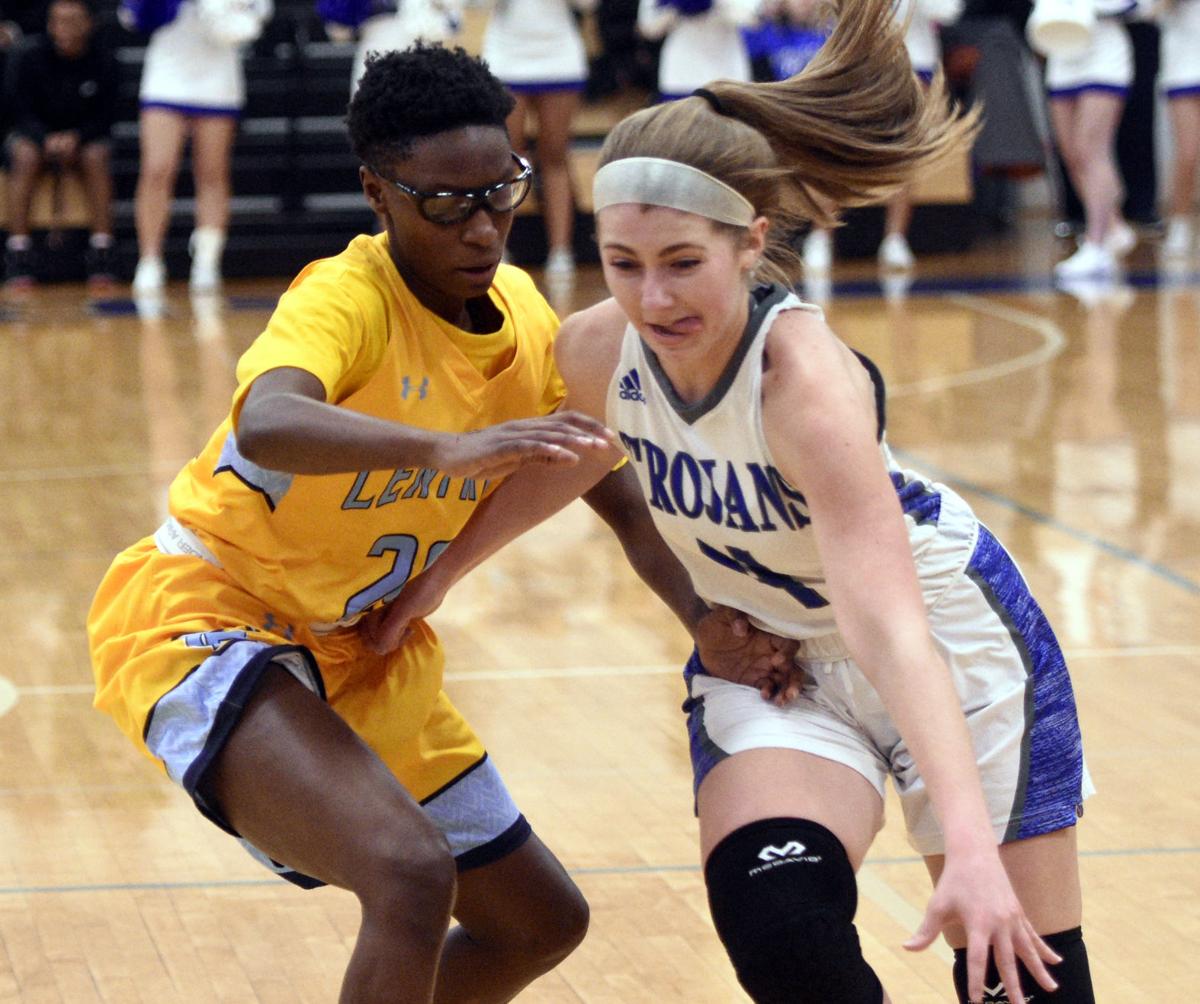 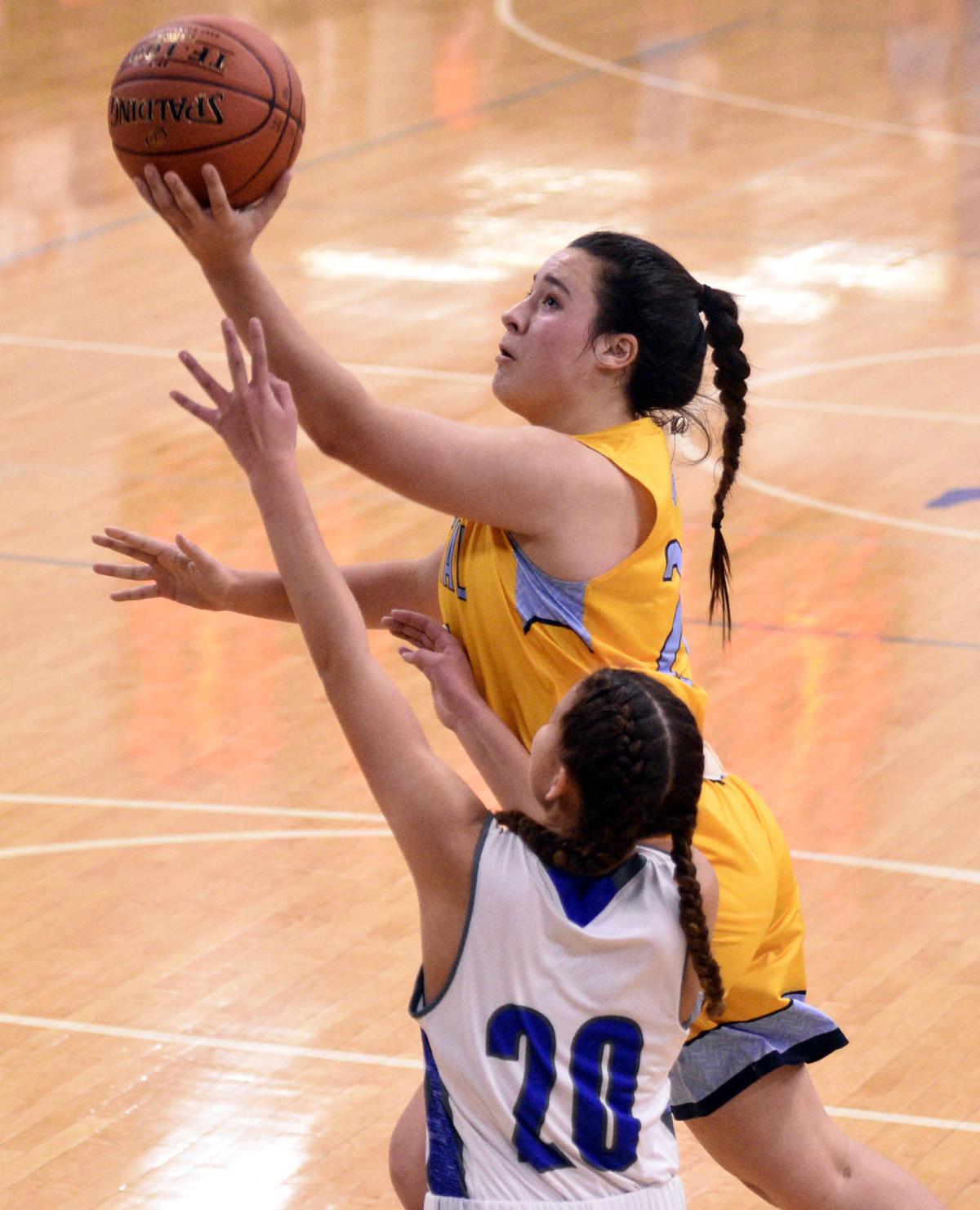 Central Hardin’s Monica Lindsey drives around North Hardiin’s Jerica Johnson (20) and ZahRiya Rupp as teammate Addison Sutton comes over to help during the first half of Monday’s 17th District game inside the Ron Bevars Gymnasium. Lindsey finished with a game-high 27 points as the Lady Bruins left with a 60-48 victory.

MIKE MATHISON/The News-Enterprise North Hardin’s Ella Scherer drives between Central Hardin’s Kaniya Kendricks (20) and Emily Bryant while teammate Kaiden Kendricks is waiting during the first half of Thursday’s 17th District game inside Ron Bevars Gymnasium. The Lady Bruins walked away with a 60-48 victory.

North Hardin dug itself a deep hole Monday evening and Central Hardin used the shovels to do so.

The Lady Bruins raced to an 18-0 lead with 30.1 seconds left in the first quarter and eventually earned a 60-48 17th District victory inside Ron Bevars Gymnasium.

“You have to give them credit, they came out and hit some shots early and we just didn’t take care of the basketball,” Lady Trojans coach Whitney Hooper said. “You let them get out and run, they’re gonna take advantage of that.”

Central Hardin’s Alyssa Lindsey buried a pair of treys and sister Monica Lindsey followed with three straight buckets for a 12-0 lead at 5:37 of the first period and Hooper called a timeout.

“Playing defense is what we stress and that’s what we continue to stress,” Lady Bruins coach Kristina Covington-Jones said. “Everybody knows defense wins games and when our defense is clicking, our offense gets to clicking. If our defense doesn’t click, forget it — our offense isn’t gonna come because that’s what gets our motors running.

“Tonight I told them the main two things I wanted was defensive rebounds and defensive pressure.”

The lead grew to 16-0 at 3:06 as Monica Lindsey and Emily Bryant added buckets.

North Hardin’s Jerica Johnson made a free throw with 30.1 seconds left and Jadeta Gregory a layup and the hosts trailed 18-3 at the end of eight minutes.

“When you get that hole dug and you have to fight — and, yes we got in it — it takes a lot to get back in it,” Hooper said. “We could never seem to get it over the hump in the third and fourth.”

“I feel like defensively we did some good things and we made some good adjustments,” Covington-Jones said. “The second half I thought we forgot a little bit, and we let (Ella) Scherer and (Addison) Sutton get up some shots. I told our girls, ‘They’re not gonna miss too many more.’ You give them an open shot, shooters gonna shoot and shooters gonna make it.

“I like when they went on their run, our girls didn’t put their heads down and give up.”

Sutton scored to make it 31-23 early in the third period, but the Lady Bruins answered with a 7-2 run to make it 38-25 with 2:59 left in the period after Monica Lindsey nailed a pair of free throws.

“The last time we played North we let them run all over the place and we let any player go by us,” said Monica Lindsey, who finished with a career- and game-high 27 points. “We knew who did what. We knew what each player had to do on each player and I think we played really good defense.”

Central Hardin senior Madelyn Ditto swished a corner 3 with 8.1 seconds left in the quarter to extend the lead to 45-29.

Bryant hit three straight buckets to begin the final quarter and Kaniya Kendricks canned a 3 for a 54-33 lead with 5:45 left in the game.

North Hardin scored eight straight points to close it to 54-41 on a basket by Dez Bryant and 3s from Scherer and Sutton.

“We’re not a team that can be down double digits,” Hooper said. “We didn’t shoot the ball well. We didn’t give Addison enough looks to give us a chance. Ella had some shots that looked really good that didn’t fall from behind the three-point line.

“When you’re not hitting threes, that also hurts not being able to climb back in it.”

“We were getting too comfortable with the score. We thought we had the game already,” Lindsey said. “They’re a good team and they fought back. At halftime we said we had to pick it back up on defense.”