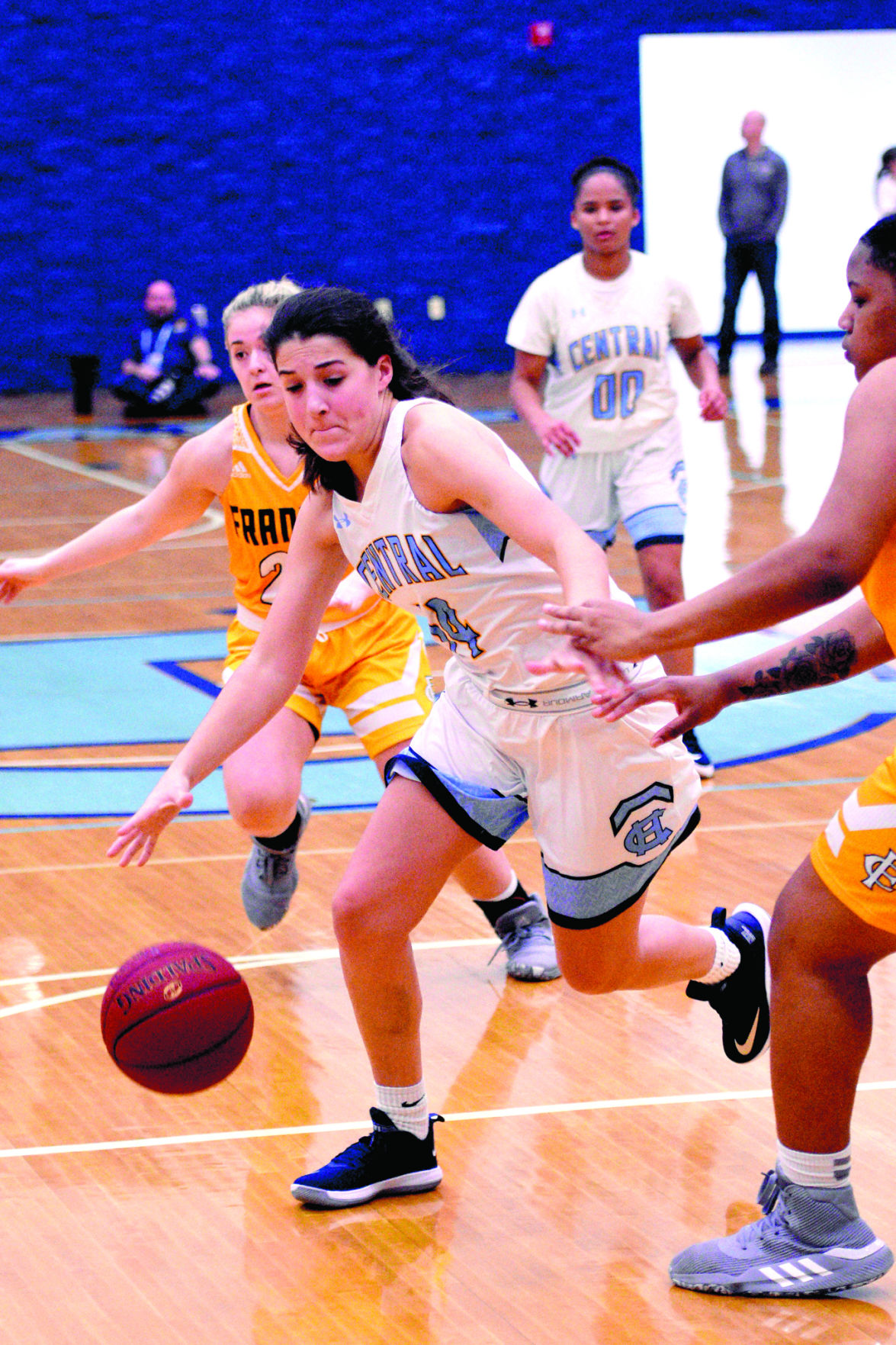 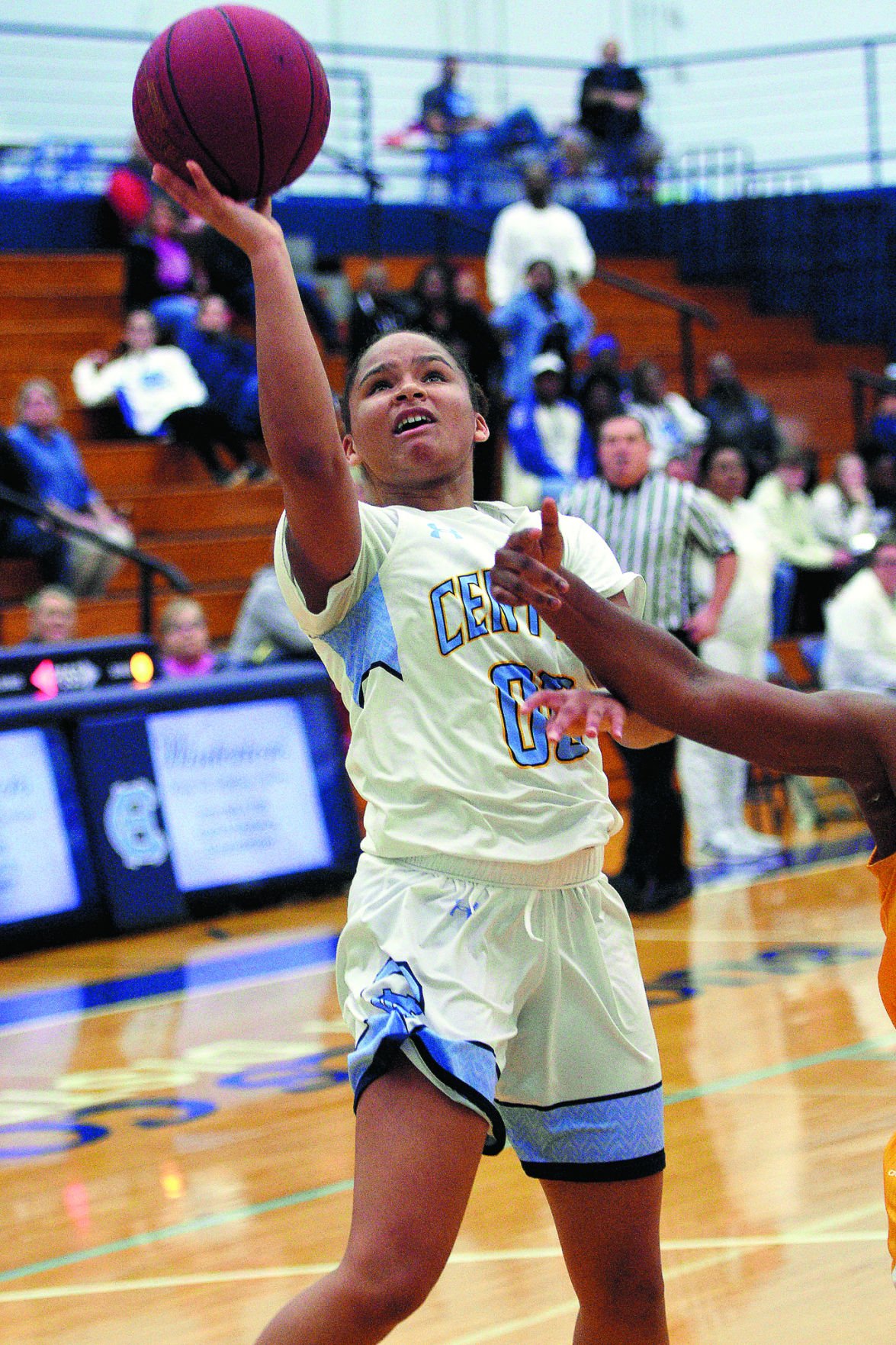 Kristina Covington-Jones has seen both sides of her basketball team this week.

One not so much.

“On my end, I never know what team I’m gonna get on the court,” she said. “We can be the worst in the state or we can be the best. The E’town game (a 73-40 loss) we went ahead and forgot about it. We know we’re not that team. The next day we came in and practiced like we didn’t even have a game the day before.

“The most frustrating part on my end is that these girls have played and have gone through the thrashings and they know how it feels. When they play, this is what we get. When they don’t play, we lose by 40 or by 30. It’s frustrating. Obviously, everybody wants to coach when their team is playing well and doing the things you ask.”

The Lady Bruins played good basketball down the stretch Saturday to beat No. 10-ranked Franklin County, 48-46 at the Bluegrass Cellular New Year’s Classic at Central Hardin.

The Lady Flyers’ Jazmin Chambers hit a free throw to give her squad a 41-36 lead early in the fourth period.

Franklin County tied it at 44 at 1:30. Bryant answered with two free throws nine seconds later and Lindsey two more with 42.9 seconds showing for a 48-44 cushion.

“I think this is a big win for us because we didn’t come out good last game, but this game we were ready,” Lindsey said. “We talked. Everyone was on board. We knew what we had to do. We knew the players we had to lock down and we played as a team.”

Chambers made it 48-46 with 29.6 seconds left. Central Hardin turned the ball over, but Alyssa Lindsey countered that with a steal with less than 10 seconds left.

“We knew what we had to do tonight against their point guard and I feel we can take that and do that with other players,” Monica Lindsey said.

That point guard was junior Brooklynn Miles, as fast and quick as any in the state. She finished with 12 points.

She scored again at 1:03 to make it 35-34 and freshman Katie Gray hit a short jumper with 16.9 seconds left in the quarter to trail 38-36 heading into the final eight minutes.

“I think the girls, knowing that we played No. 4 E’town and got smacked, and going in to play No. 10, I think they were ready for this game,” Covington-Jones said. “I’ll say it again, I think our record doesn’t tell what kind of team we are. We are a much better team than what our record is and I’ll continue to say it.

“I feel right now, when we play as a team and do the little things we’re supposed to do, I feel like we’re the second-best team in the district.

“Obviously, the goal is to be in the district championship game because that gives you a chance to do something at Region.

“If we step up and play, we are a really good team. If we don’t show up to play as a team, we will only show up to be done. Moving forward each game is the goal.”