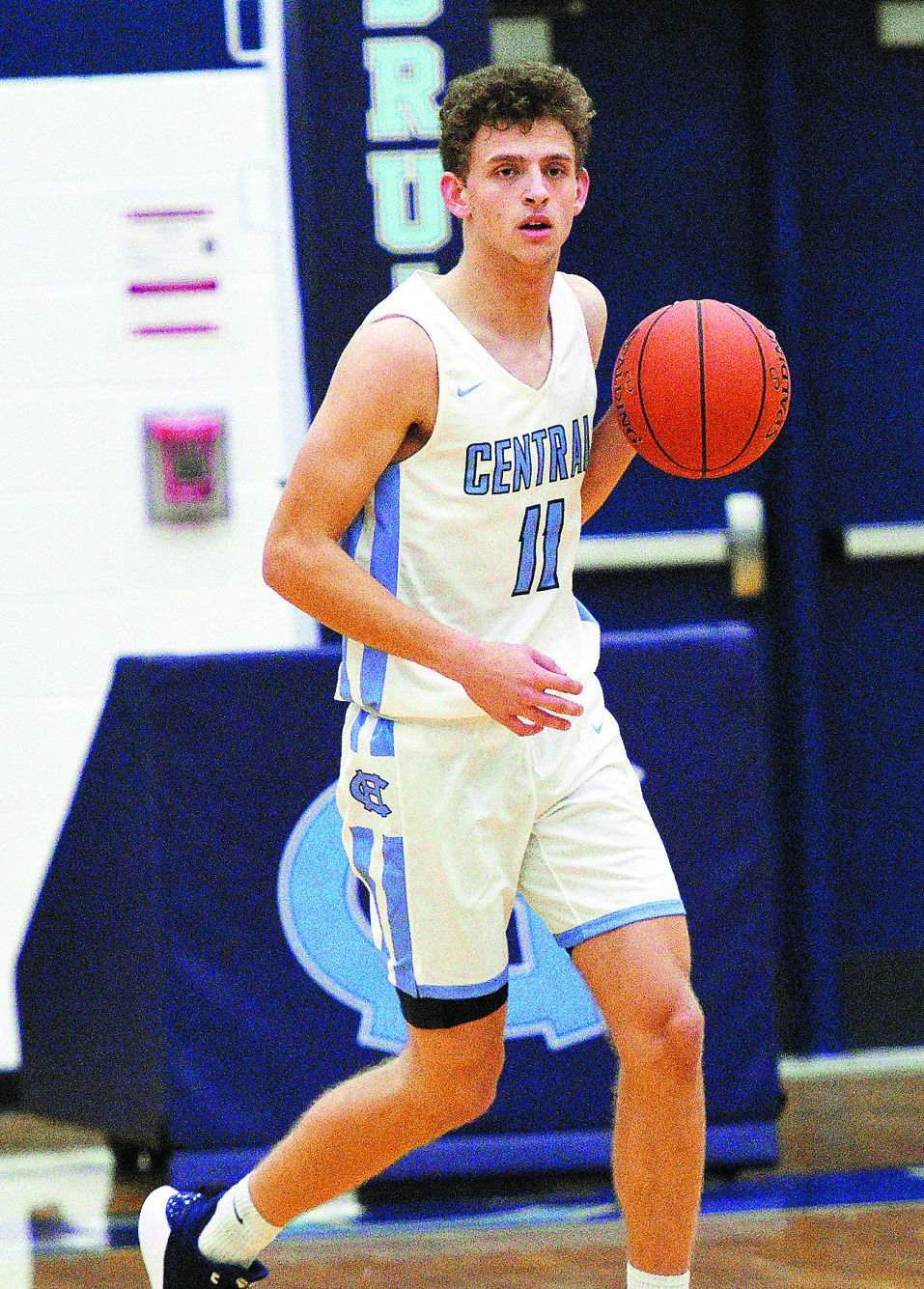 Central Hardin’s Chase Elmore brings the ball up the court during Saturday’s 78-64 loss to North Bullitt in the Kentucky High School Basketball Hall of Fame Classic at Central Hardin. 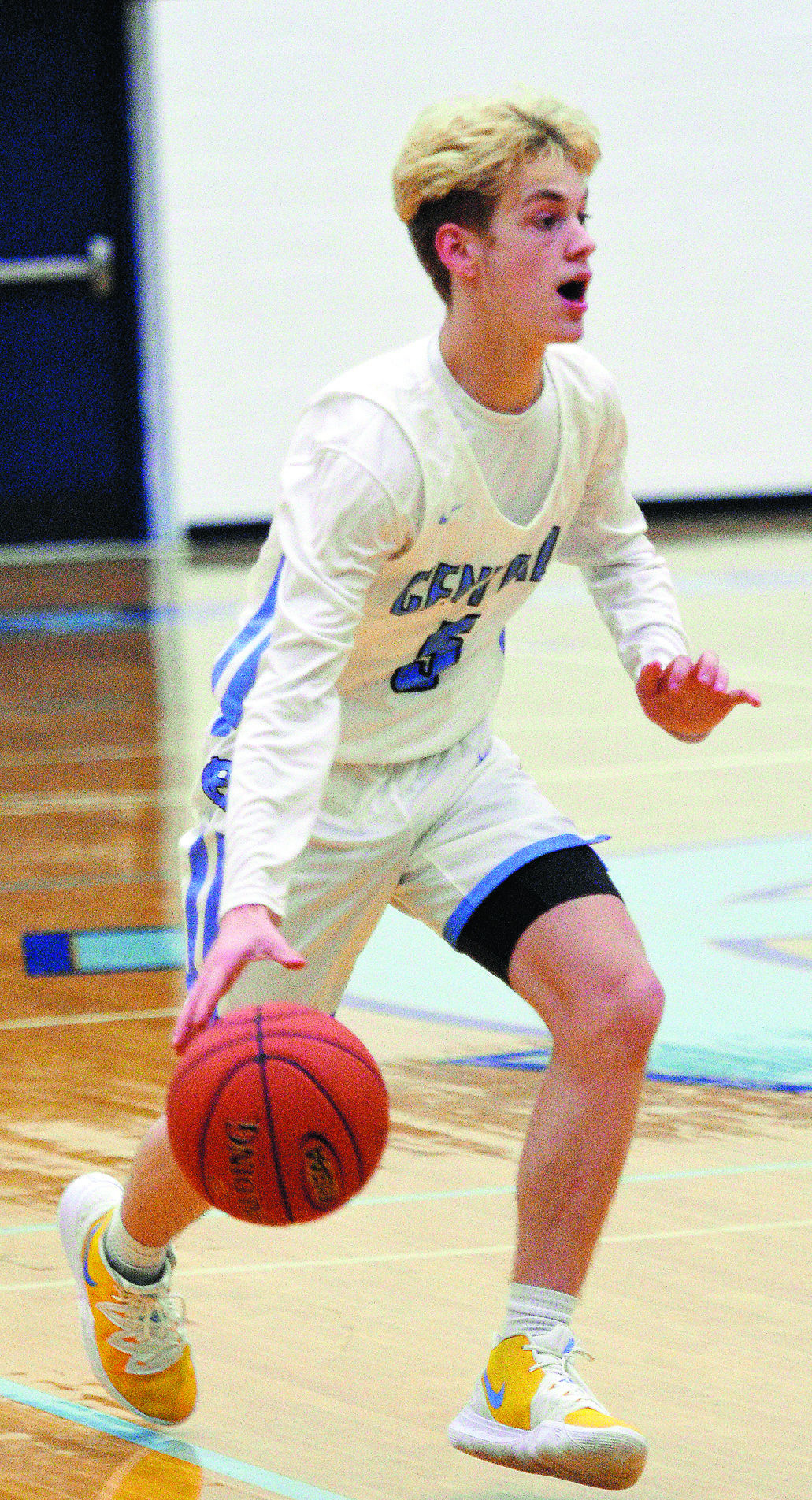 Central Hardin’s Carson Scamihorn brings the ball up the court during Saturday’s 78-64 loss to North Bullitt in the Kentucky High School Basketball Hall of Fame Classic at Central Hardin.

Central Hardin’s Chase Elmore brings the ball up the court during Saturday’s 78-64 loss to North Bullitt in the Kentucky High School Basketball Hall of Fame Classic at Central Hardin.

Central Hardin’s Carson Scamihorn brings the ball up the court during Saturday’s 78-64 loss to North Bullitt in the Kentucky High School Basketball Hall of Fame Classic at Central Hardin.

That changed over the course of the second half and left Central Hardin looking for answers. The Bruins fell behind late for a 78-64 loss to the Eagles.

“We came out shooting the lights out of the gym,” senior forward Chase Elmore said. “Made a lot of stupid turnovers, a lot of stupid fouls. I really felt like we played just bad overall.”

Coach Matt Nickell said his primary concern with his team was with consistency. This was the Bruins’ second loss after opening the season with a 63-46 victory over Nelson County on Dec. 3.

“The last two games, we haven’t done enough to win those ball games obviously,” Nickell said. “We haven’t been consistent enough doing the things we need to do.”

A neck-and-neck start in the first half saw Central Hardin trail late, before Landon Elmore hit a three-pointer at the buzzer to put the Bruins up 23-21.

The boys continued to go on a roll in the second quarter. Defensive pressure helped limit opportunities for North Bullitt and translated into a 41-33 Central Hardin lead at halftime.

The Eagles went on to outscore the Bruins 16-7 through the start of the third to cut Central’s lead to 48-47, before a North Bullitt three-pointer put them over the edge. One last shot from Chase Elmore kept the Bruins tied at 50 to start the final quarter.

The fourth was ran by the Eagles, who opened it with seven unanswered on the way to a double-digit win margin after not leading through any of the previous quarters.

This year’s Central Hardin team features just three players with previous varsity experience. Nickell added that their next few games will likely see continued development in order to find the right fit for each player.

“We’re still trying to find lineups and rotations and some guys are filling in some holes,” Nickell said. “Those three guys that have played are getting their sealegs underneath them so we’ll continue to try to improve.”

Matt Tyson can be reached at 270-505-1754 or by email at mtyson@thenewsenterprise.com