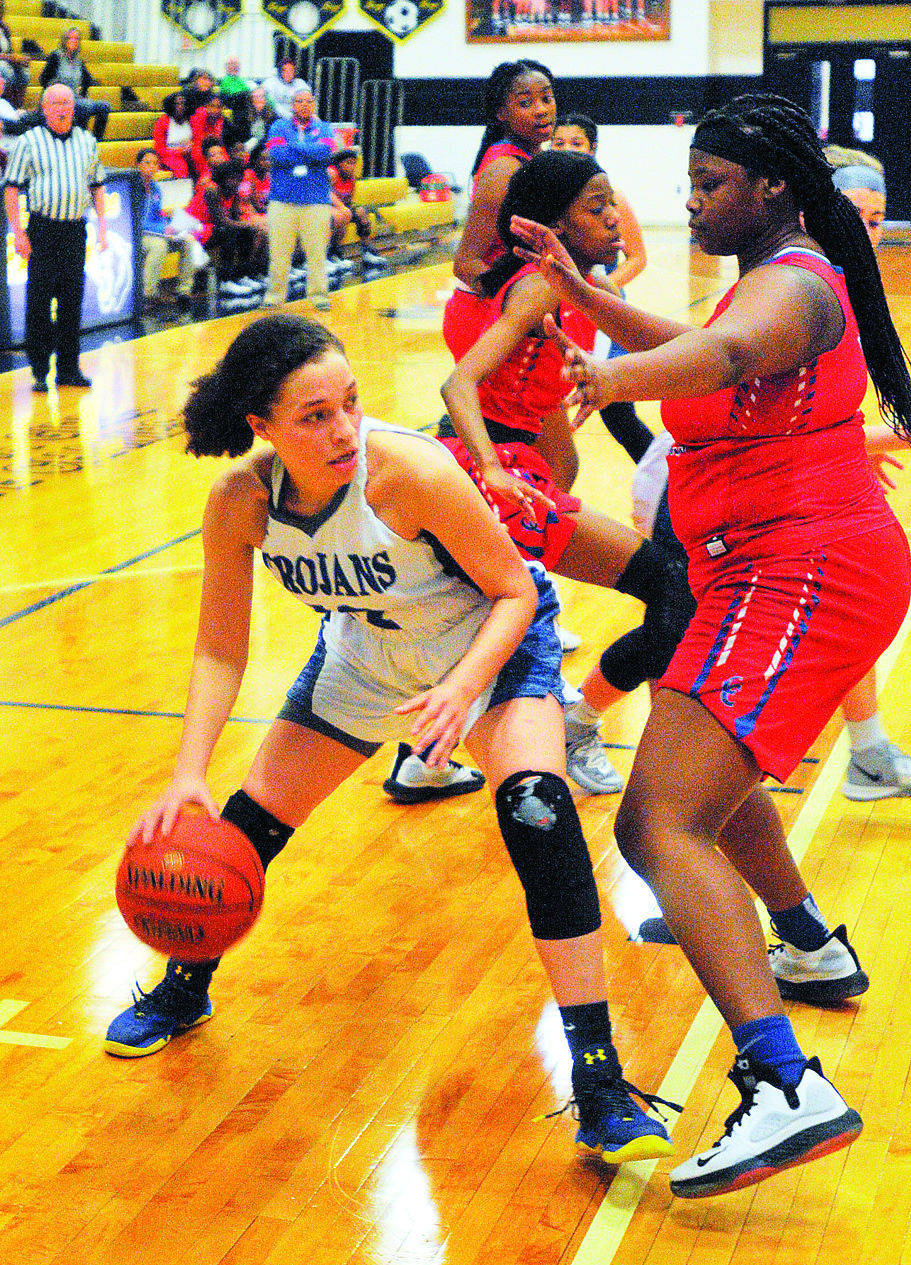 It wasn’t pretty, but they don’t all have to be.

The Lady Trojans moved to 3-0 after a 34-31 victory over Christian County in the Kentucky High School Basketball Hall of Fame Classic inside the Charlie Rawlings Memorial Gymnasium at Elizabethtown.

Senior ZahRiya Rupp made a move inside and scored with for a 33-31 lead and Hooper immediately raced to get a timeout.

“She’s really come along,” Hooper said of Rupp. “I told her that we don’t win this ballgame without her defense. Her and Keke Woods are really working together great inside. The ability to have Tempress (Wimberly) in there giving us some minutes is great. Our three-post rotation right now are giving us minutes that we haven’t had inside.”

The Lady Colonels did not score on consecutive trips trailing by two. The second time down, North Hardin freshman Dez Bryant secured the rebound and was fouled.

Christian County did not get off a shot to tie the game.

“I was really nervous,” Bryant said. “I’m trying to work on my form and trying to get the ball not to spin more. The free throws weren’t really that bad. I just stepped up there with confidence knowing that everybody’s gonna have my back at the end of the day. We took the win and I’m happy about it.

“This feels great (being 3-0). We come out together as a team and we’ve accomplished our goals so far. We try hard at practice.”

“It was a struggle. We were tired because we have to fight back last night to a victory. They (the Lady Colonels) were much bigger than us, so we had to overcome that.”

Going against a bigger team has not always worked out well for North Hardin.

“In years past we’ve really struggled on the defensive end when we’ve faced someone as big as the two or three girls they rotated in there tonight,” Hooper said. “We made adjustments basically over night. We played late last night and to be able to come in and walk through it a couple times this morning and make those adjustments, I thought we did a tremendous job — our posts playing it how we wanted and our guards doubling when we needed to double.”

Jadeta Gregory added nine points and Addison Sutton seven for the Lady Trojans. Sutton was 4-for-4 from the line in the fourth period.

“I think we did fine,” Hooper said of the back-to-back games. “You could see it in the score. Shots we’ve hit in the last two games just weren’t falling. You lose your legs and you expect that. Plus, we were playing a very athletic and physical team. I do think we handled their pressure a little better than we have in years past.

“We had some open looks and good looks that we missed. They forced us to get out of control a little bit and took us out of our offense. They’re athletic and they play hard and they trap hard.”