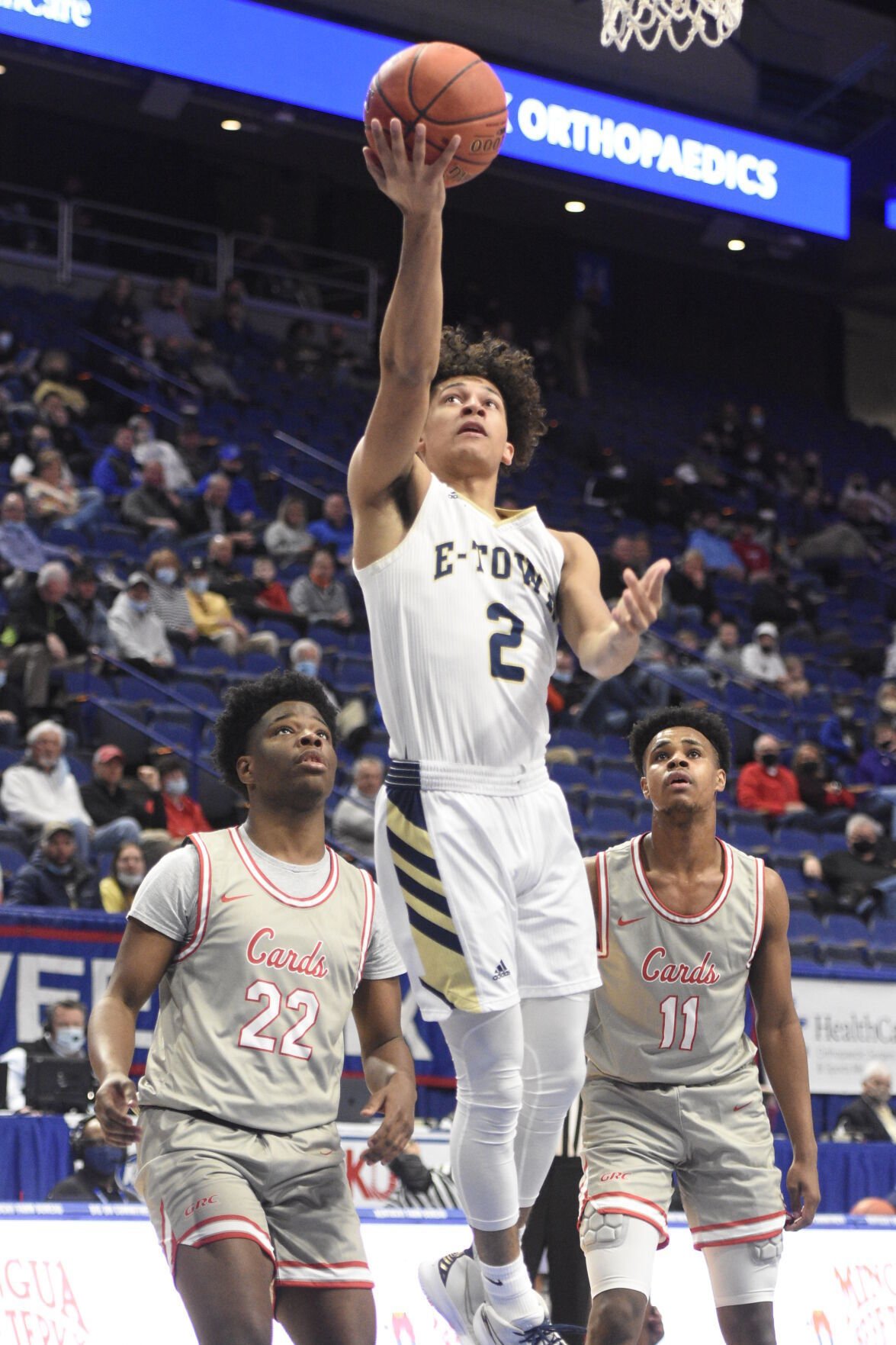 Elizabethtown High School senior Jaquias Franklin has been selected as the Area Player of the Year. 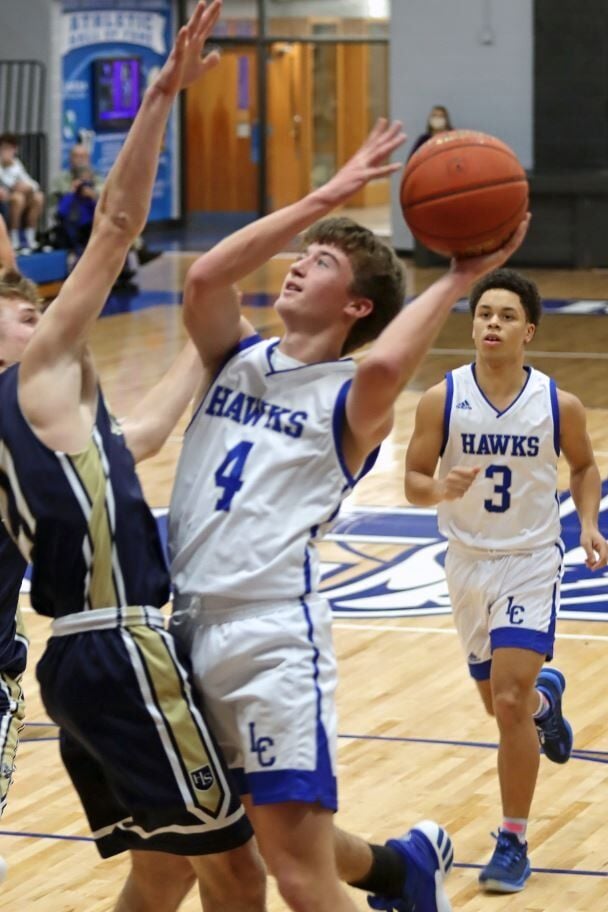 Carson Childress has been named the Area Sophomore of the Year by area coaches. 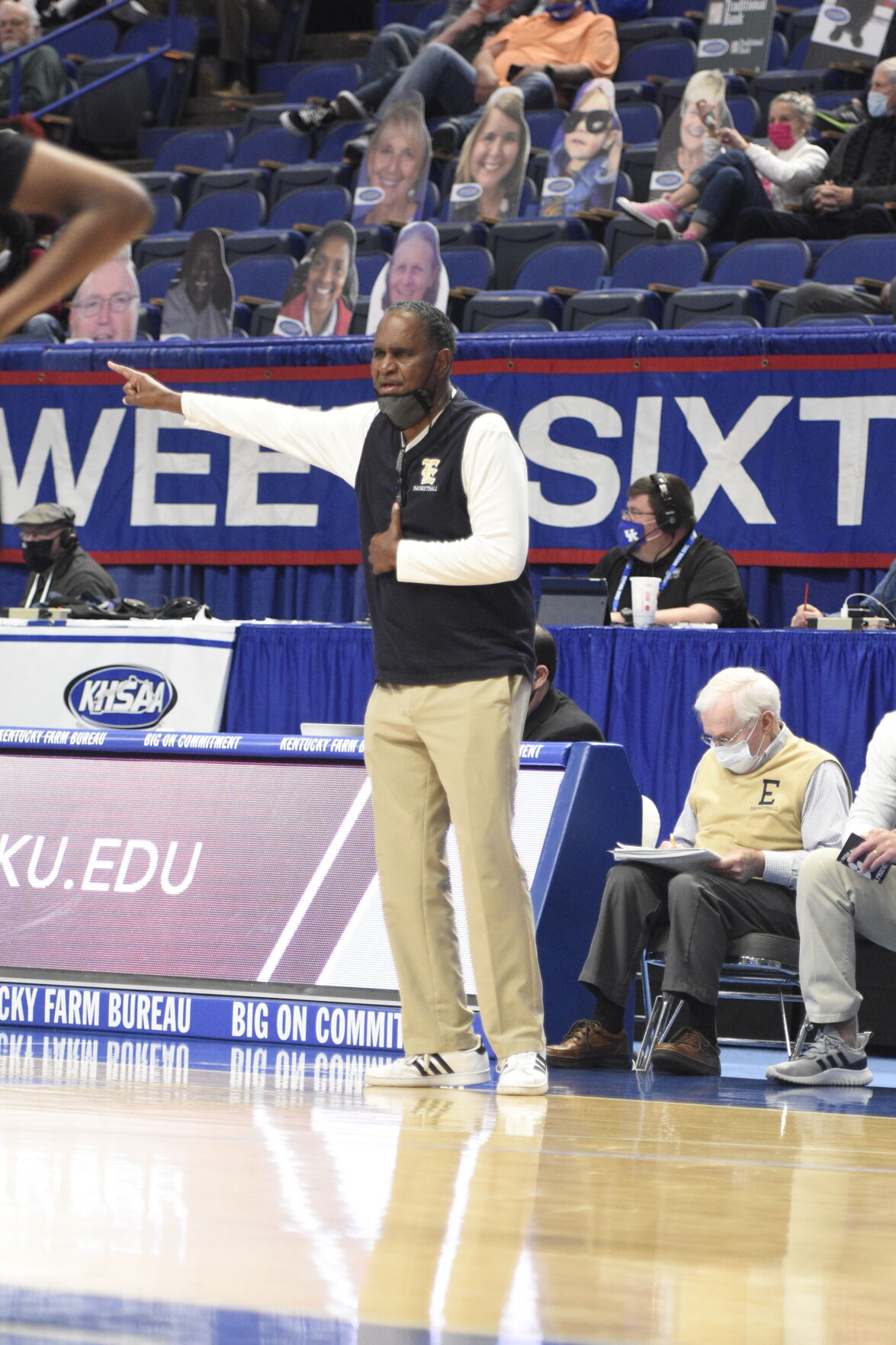 After leading Elizabethtown to the state tournament, coach James Haire has been selected by area coaches as the Coach of the Year.

Elizabethtown High School senior Jaquias Franklin has been selected as the Area Player of the Year.

Carson Childress has been named the Area Sophomore of the Year by area coaches.

After leading Elizabethtown to the state tournament, coach James Haire has been selected by area coaches as the Coach of the Year.

The Panthers also took home two of three individual honors as senior guard Jaquias Franklin was the overwhelming choice for Area Player of the Year by area coaches, and veteran head coach James Haire was selected as Coach of the Year.

PLAYER OF THE YEAR

Franklin led a balanced Panther scoring attack with a 19.9 points per game scoring average, while also adding 5.1 rebounds a game as Elizabethtown went 22-3.

Franklin was the top choice of all coaches who could vote for him. Bowen received the other first-place vote and finished second in the voting.

“It’s a great honor and I’ll remember it for the rest of my life,” Franklin said of winning the award. “And I wouldn’t be in this position without my teammates and my coaches, I owe it all to them.”

Franklin, the 5th Region Coaches Player of the Year, also will be on the Kentucky All-Star team for a two-game series with the Indiana All-Stars.

He said he looks back on his Elizabethtown basketball career with fondness. The Panthers won back-to-back 5th Region Tournament titles.

“I’m most pleased with all the teammates I’ve had and the great coaching staff I’ve been able to have for all four years of high school and for the fan base of E’town supporting me through all the ups and downs,” Franklin said.

“It helped a lot but it wasn’t just about me scoring; we all can play and if the attention is all focused on me that’s what I have teammates for, to score and win the game if I’m not able to get the looks that I want,” he said.

He said he improved his game over the last year with his ballhandling ability and shooting and said shooting is something he continually needs to work on.

He’s not certain where he will attend college and play basketball. He will major in business.

“There’s multiple schools that are recruiting me and I’m trying to find a home where I am most wanted and so I can major in business,” he said. “Whatever puts me in the best situation to help me be successful at life is what I’m looking for.”

SOPHOMORE OF THE YEAR

After seeing considerable playing time as a freshman, Childress made a major impact in the Hawks’ lineup last season as the team replaced three of its top scorers from a year earlier.

Childress, a guard, averaged a team-high 11.5 points a game last season for the Hawks.

“It means a lot to win this award because there are a lot of talented players in the area and it’s good to see some of my hard work come to fruition,” said Childress, who also was named the All-Area Sophomore Golfer of the Year.

“This year I was most pleased with my shooting,” Childress said. “I shot it well from outside and drove the ball a little more this year than last year.”

“Carson is a team-first guy and is really laid back and humble,” said LaRue head coach Paul Childress, Carson’s father. “He’s a great kid, student and loves to play the game. We really pushed him to put in on the floor a little more this season and he made some good gains. He’s very motivated and spends a lot of time in the gym on his own shooting and working out.”

Childress said he still has room for plenty of improvement.

“Over the next few years I need to develop my quickness and driving ability and get stronger as well,” he added.

COACH OF THE YEAR

For the second straight season, area coaches have tabbed Elizabethtown head coach James Haire as Area Coach of the Year after guiding the Panthers to the state championship game.

“I appreciate everyone who voted on my behalf, but personal recognition is not something I aspire to due to coaching a team sport,” Haire said.

Haire guided a veteran team to a season to remember.

“It was extremely gratifying just to see us have a season in the midst of the pandemic,” he said. “My heart still goes out to the seniors who got their opportunity to play in the Sweet 16 stripped away from them last season .... I reached out to every senior on last year’s team to come join us at Rupp this year.

“I was so happy for the guys to repeat as region champions, especially this being one of the most difficult regions to make it out of,” he added.

He said the way his team played made this one of his most enjoyable seasons in 26 years as Elizabethtown’s head coach.

“The most enjoyable part of the season was the way we competed and faced just about every obstacle – undersized in every game, facing your opponent’s best game even though we were not always at our best and dodging COVID,” he said. “I also enjoyed, along with our fans, the unselfish manner in which we played, always willing to make the extra pass.”