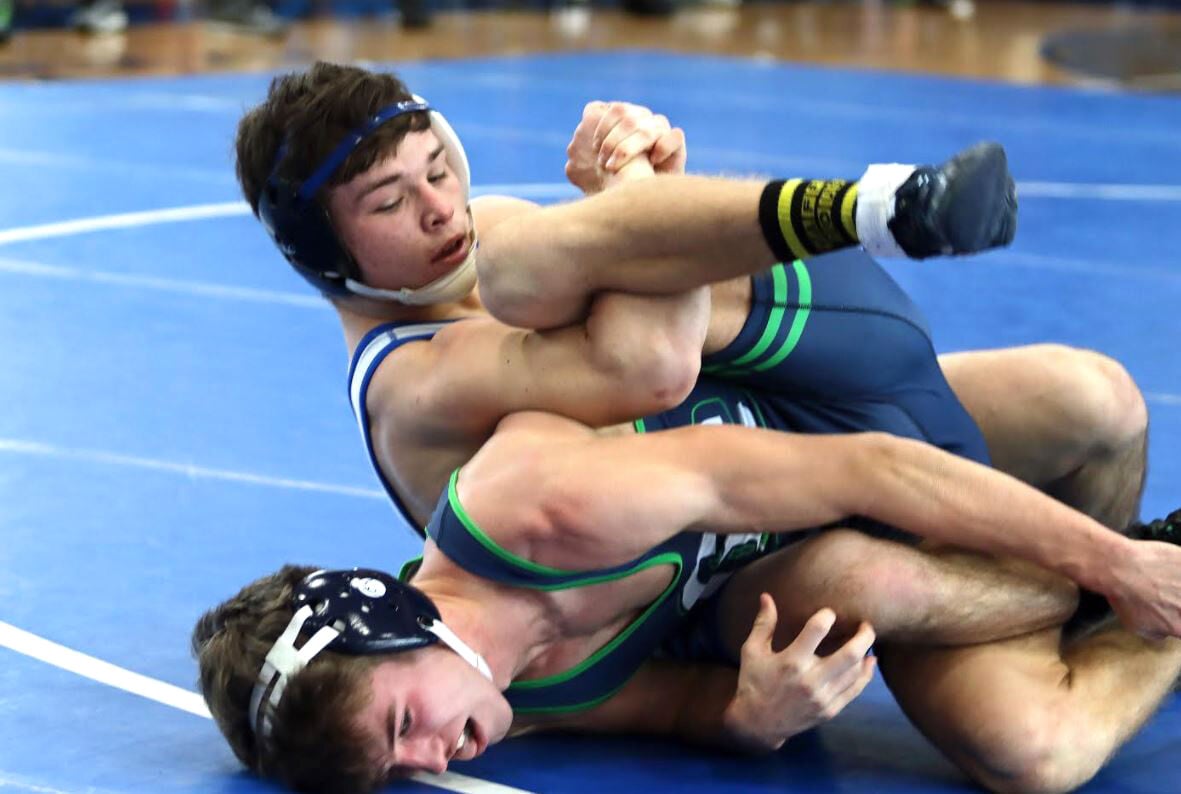 Thomas Hoppes grapples against Great Crossing’s Gus Roberts in a 132-pound contest during LaRue County’s season-opening meet. Hoppes’s win over Roberts put him at 200 for his career. 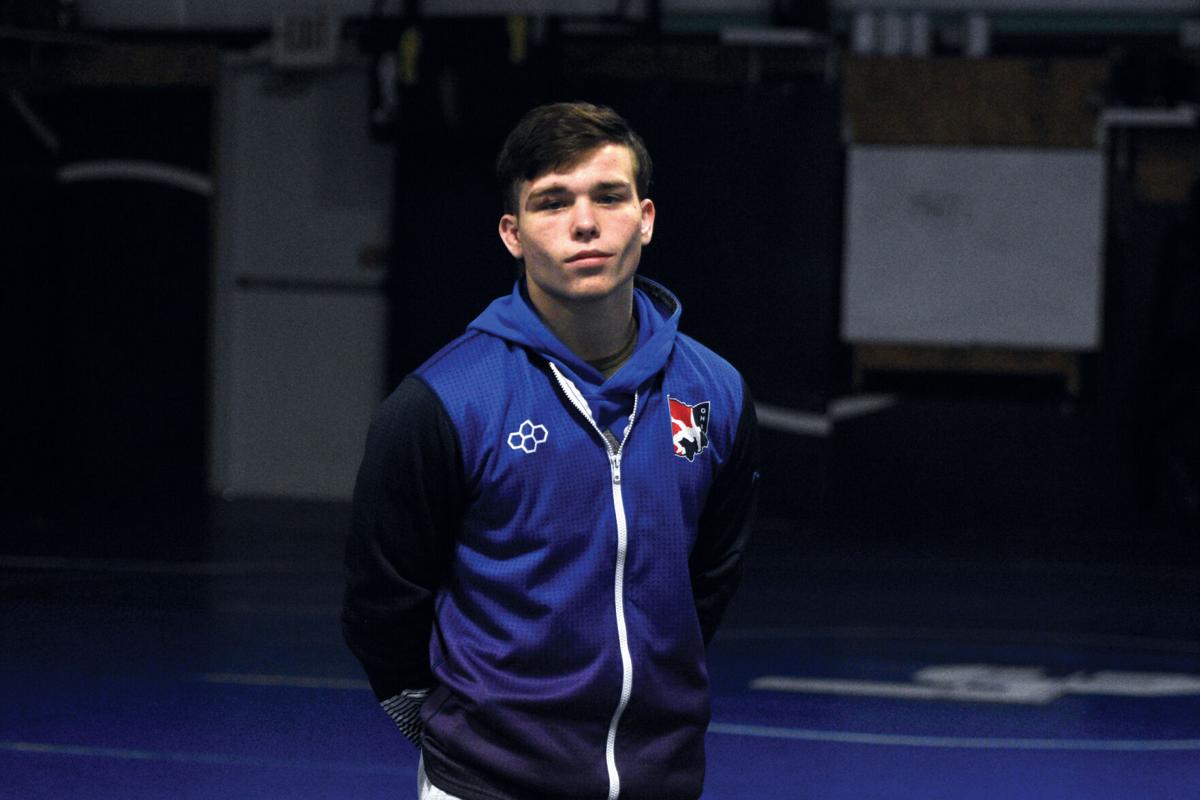 LaRue County’s Thomas Hoppes opened his senior wrestling season in style Saturday by reaching 200 career wins. He hopes this will be one of many accomplishments in his final year with the Hawks.

Thomas Hoppes grapples against Great Crossing’s Gus Roberts in a 132-pound contest during LaRue County’s season-opening meet. Hoppes’s win over Roberts put him at 200 for his career.

LaRue County’s Thomas Hoppes opened his senior wrestling season in style Saturday by reaching 200 career wins. He hopes this will be one of many accomplishments in his final year with the Hawks.

To say the 2021 Kentucky high school wrestling season will look a little bit different is an understatement.

COVID-19-related guidelines have brought about a plethora of changes to the sports world few could have imagined less than a year ago. The wrestling community has been no exception to these changes.

Through all the challenges of hosting meets and practices, what’s most important is that high school wrestlers in Kentucky are still getting to have their season. This hasn’t been lost on LaRue County’s Thomas Hoppes.

“It’s been going I guess as good as it gets, is what you could say. I’ve had to train a lot on my own, going to the gym every morning,” Hoppes said. “When we finally did come back, everybody came back ready to wrestle, wanting to get better, having that drive, because we didn’t get to have those first two months of where we were supposed to be practicing.”

This drive and determination to stay prepared through difficult circumstances paid off for Hop­pes this past Saturday in the Hawks’ season opener. Taking on Great Cros­sing’s Gus Roberts in a 132-pound bout for his first match of the year, Hop­pes picked up his 200th career win.

“It felt good. It really did. I had no idea going into the match that I was even close to that yet,” he said. “It just shows that all the work I’ve put in paid off right there. 200 career wins, not many people from LaRue have had that just yet.”

“That’s a really big achievement. It’s a testament to all the hard work he’s put in, the consistency he’s had since he started off as a varsity kid as a seventh/eighth grader,” Burrell said. “He’s been competitive every year and he’s put up the wins. He deserves it. He’s a good kid.”

Because of the uncertainty around what the wrestling season would look like, Hoppes was initially unsure if this was going to be an attainable goal. This was due in part to not realizing how close he was to the milestone prior to Sat­urday.

As a result, coming off the mat after beating Roberts to find out he’d reached 200 wasn’t something Hoppes was expecting to hear.

When it comes to his approach to wrestling and practice, Hoppes said his goal is to push himself as far as he can. Whether he’s in the gym or on the mat, Hoppes is always striving to get better.

Physical preparation is only part of the equation. Burrell said Hoppes’s mentality also has played an important role in him achieving the kind of success he’s had over the years.

“He hates to lose more than he likes to win,” Burrell said. “A lot of people don’t understand that. It’s really just got to be drained into you or you’ve just got to be born with it.”

Now in his sixth year wrestling for the varsity program after starting as a seventh grader, Hoppes’s time representing the Hawks on the mat will come to a close after this season.

He’s had plenty of success over his years with the program, including making it all the way to the state championship match in the 126-pound weight class at last year’s state meet in Lexington. Hoppes finished as the state runner-up in this division, falling to North Hardin’s Devon Herron.

Hoppes already has started his final season with one major accomplishment. He hopes getting another shot at a state title will be just one of many more along the way.

“I want to get a region title and a state title and I want the team to get a region title,” Hoppes said. “I would like to go, however many matches, usually it’s 60-0, but this year, probably 40-0. No losses, just for my senior year, just show that I’m dominant and just to know that I left all the hard work out there.”