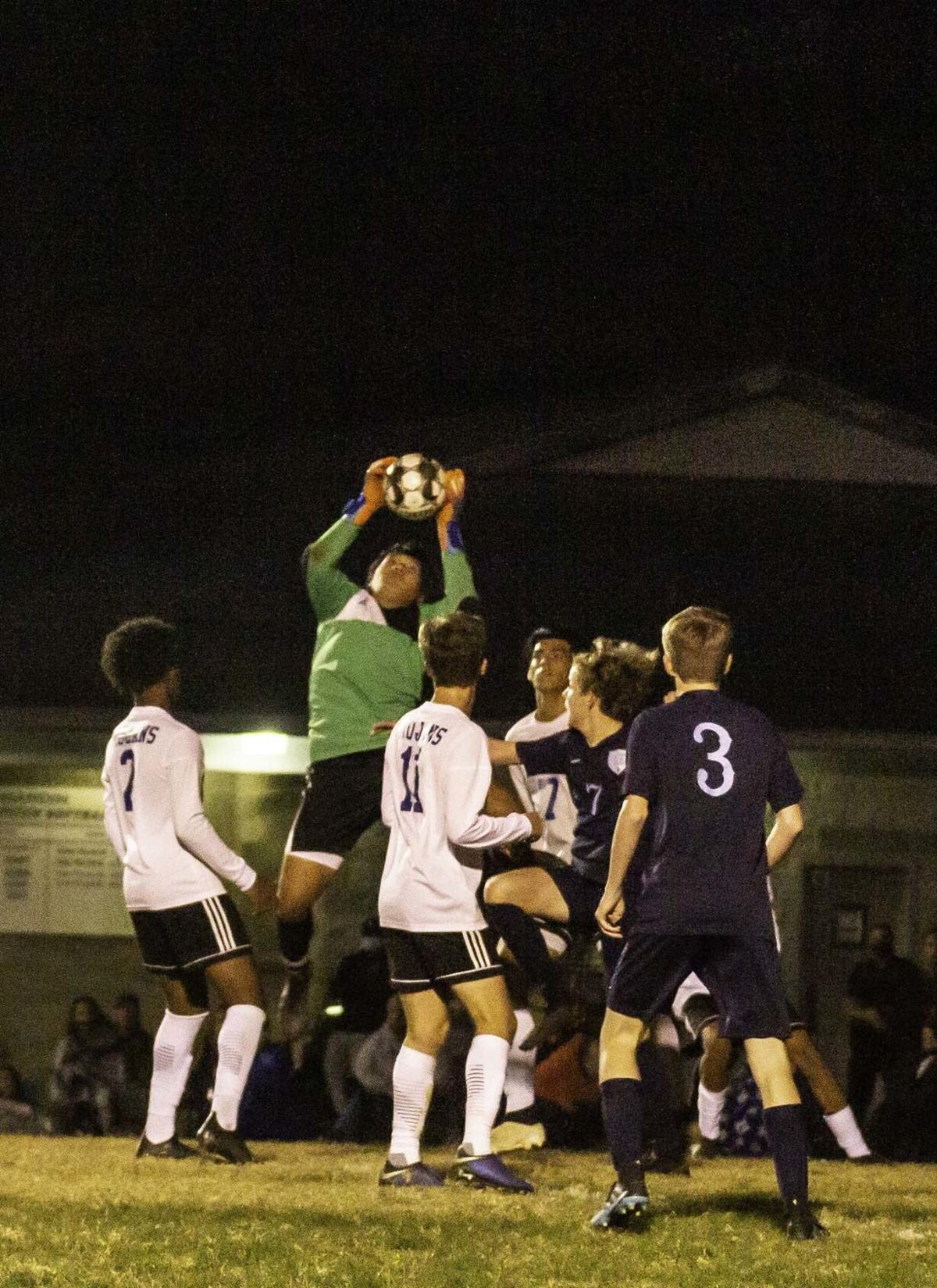 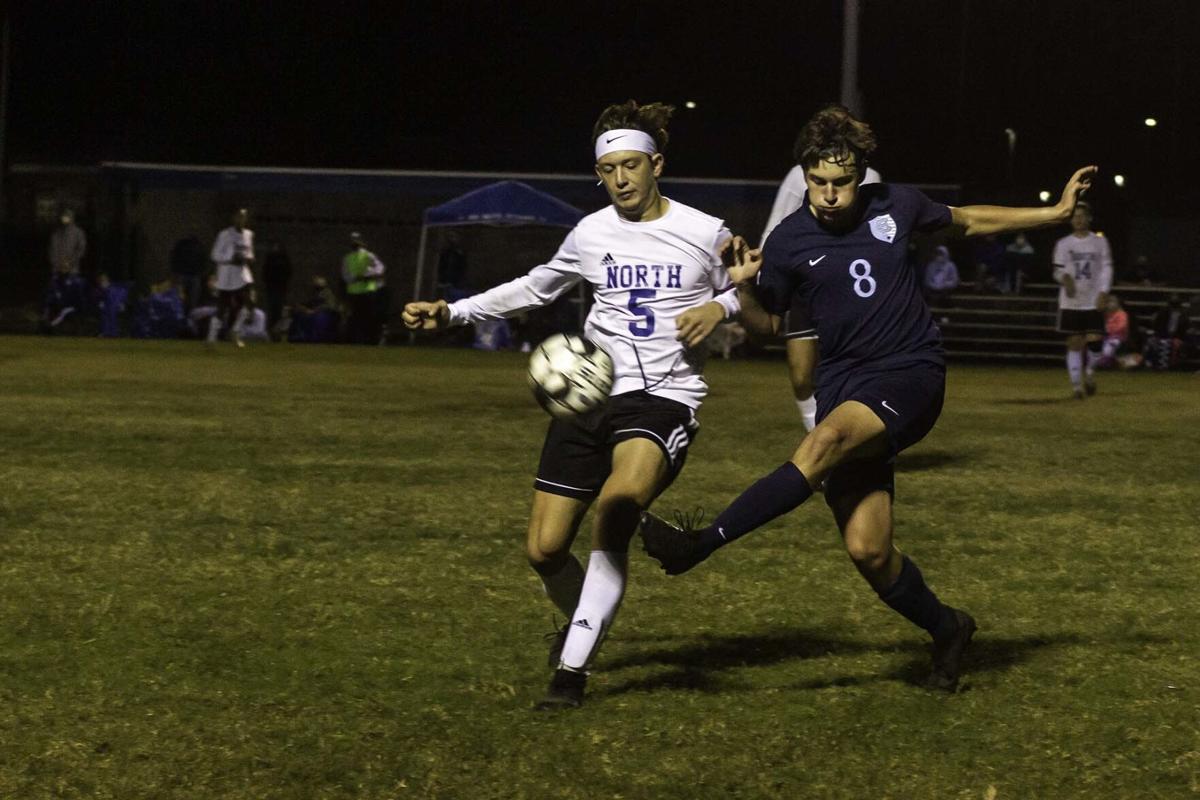 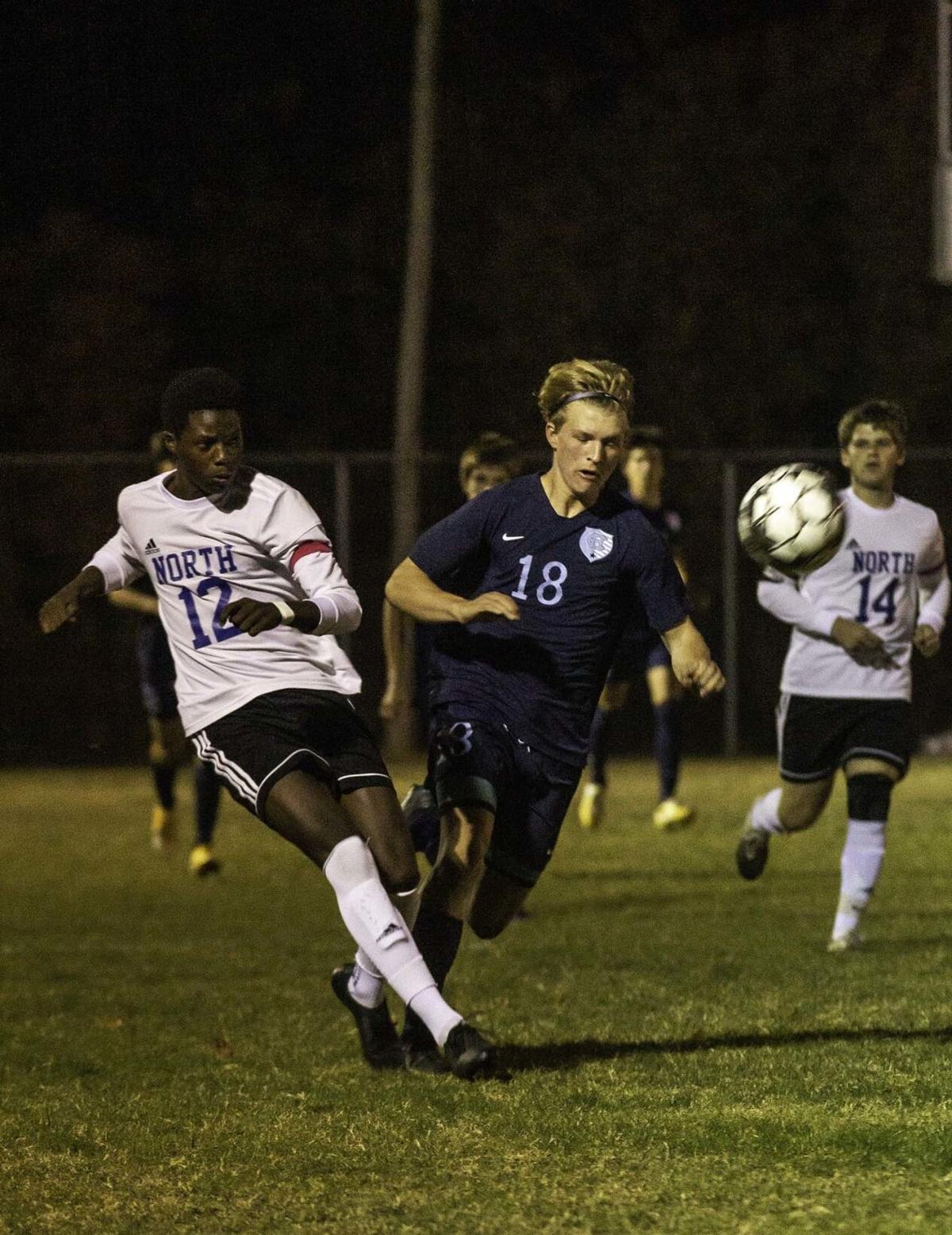 Just under six minutes in, Central Hardin’s Corbin Durrance found the back of the net for an early goal that would ultimately prove to be the only one the Bruins would need in the 1-0 shutout of the Trojans at Troy Wade Field at North Hardin High School.

“I was feeling really good,” Durrance said of scoring. “We were still playing cautiously after that goal to hold them off for the rest of the game.”

“It was good to get one early, but we should have got more,” Seth Luckett said. “Later in the game we missed a few chances that we tried to capitalize on.”

Those missed opportunities will be the focus of practice as the Bruins prepare for the district championship game Thursday against Elizabethtown, Central Hardin coach Jaymes Varela said.

“It could have been 3 or 4 to nothing,” he said. “We were outplayed tonight. They wanted it more, they passed the ball better than we did, and that’s the sign of a 14 senior team. We’re still fairly young, but they got the better of us tonight.”

“Bottom line, all the boys out here played their hearts out,” he said. “Any rivalry, any district game is tough. It was well fought on both sides. All credit to North, they’re a great team with a great goalkeeper.”

Keen said his focus after the first goal was to give his team the best chance to even the odds, but it wasn’t in the cards.

“I knew we had to work to get the goal back, but we couldn’t get a shot off,” he said. “We just didn’t get any opportunities to score.”

Those opportunities, missed or otherwise, was the determining factor in the game.

“But that’s the thing about soccer, it only takes one,” Varela said.

With the win, Central Hardin improves to 10-2-1 on the season and earned a berth to the 5th Region Tournament. They will face Elizabethtown at 7 p.m. Thursday for the 17th District championship. The game will be played at North Hardin.