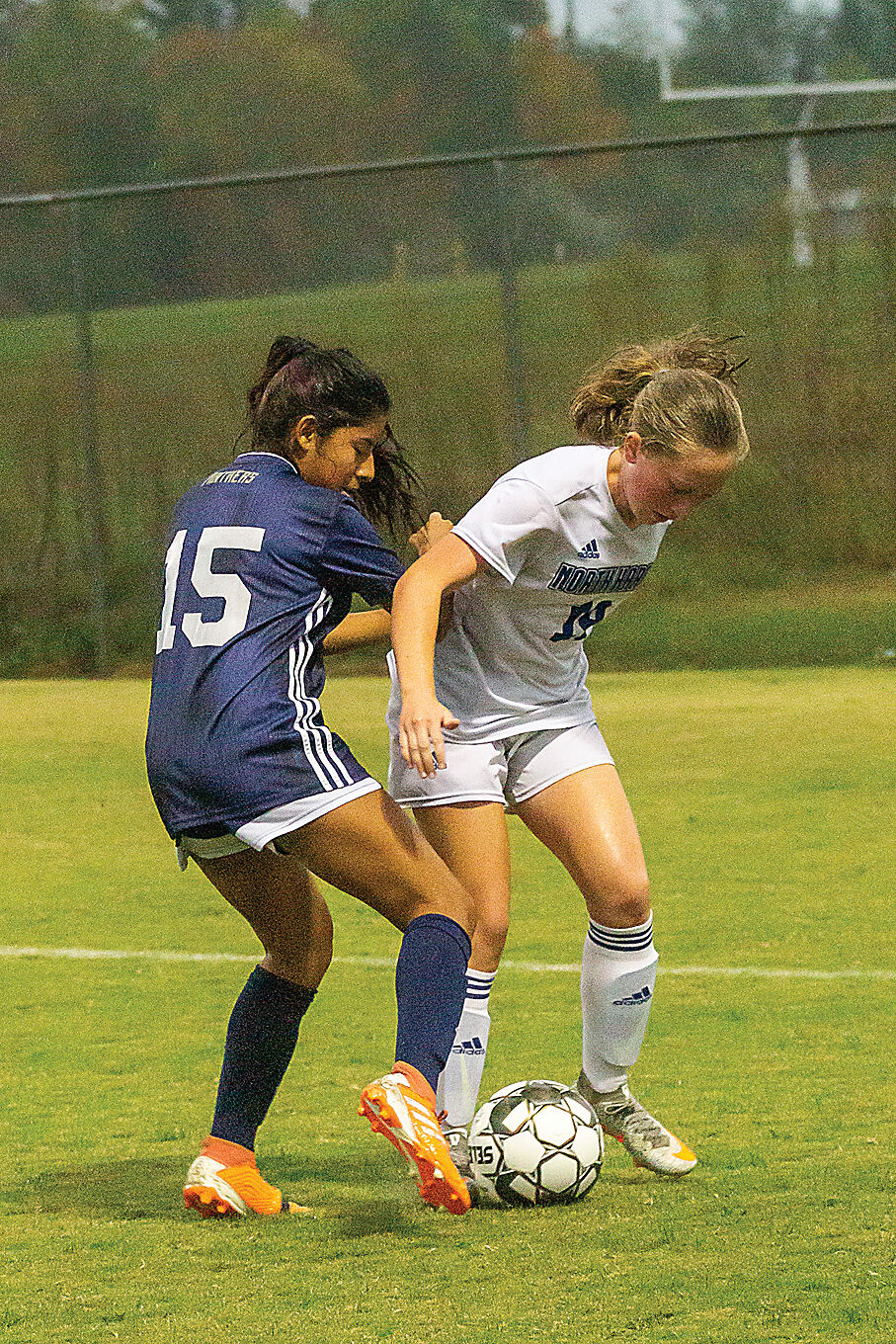 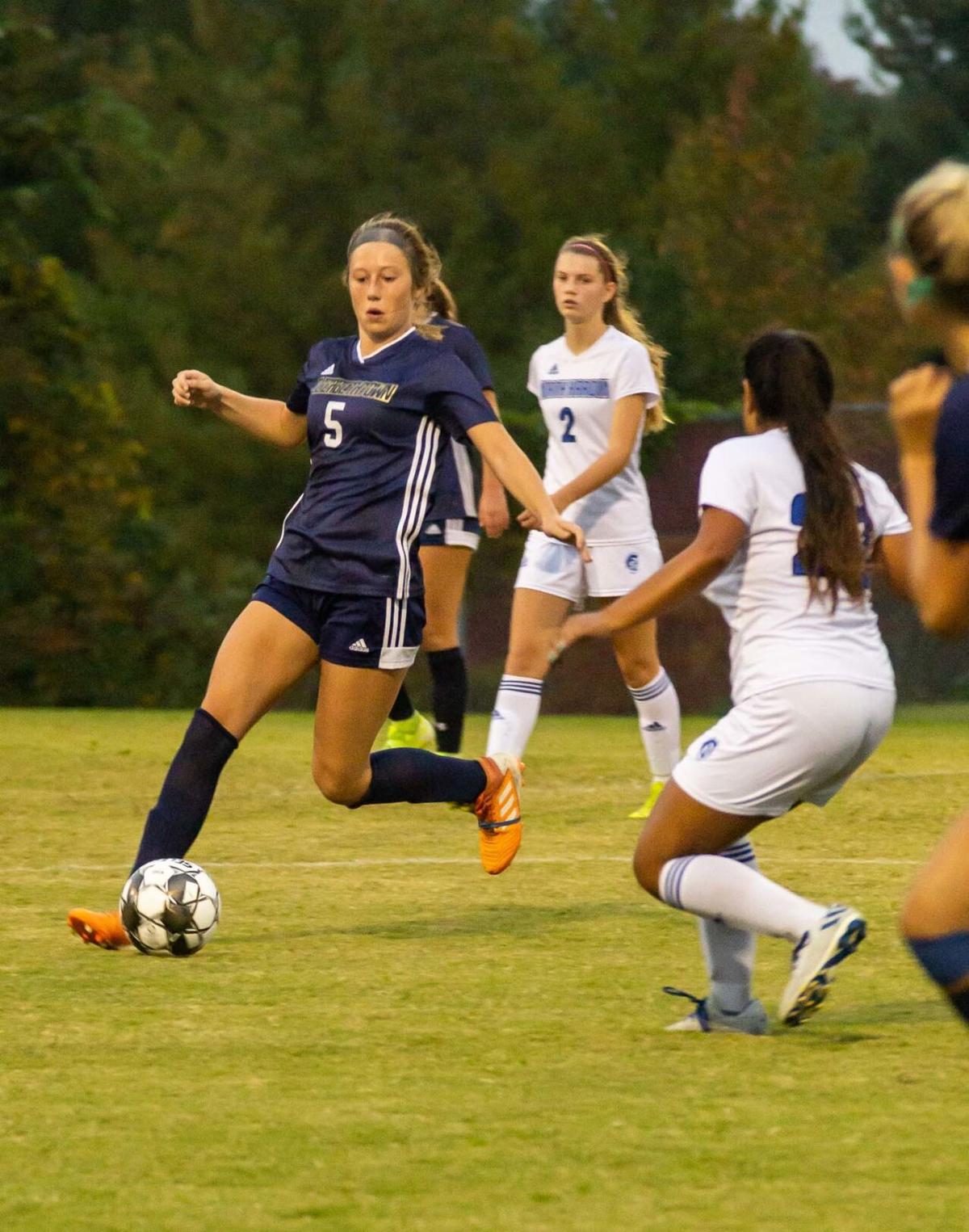 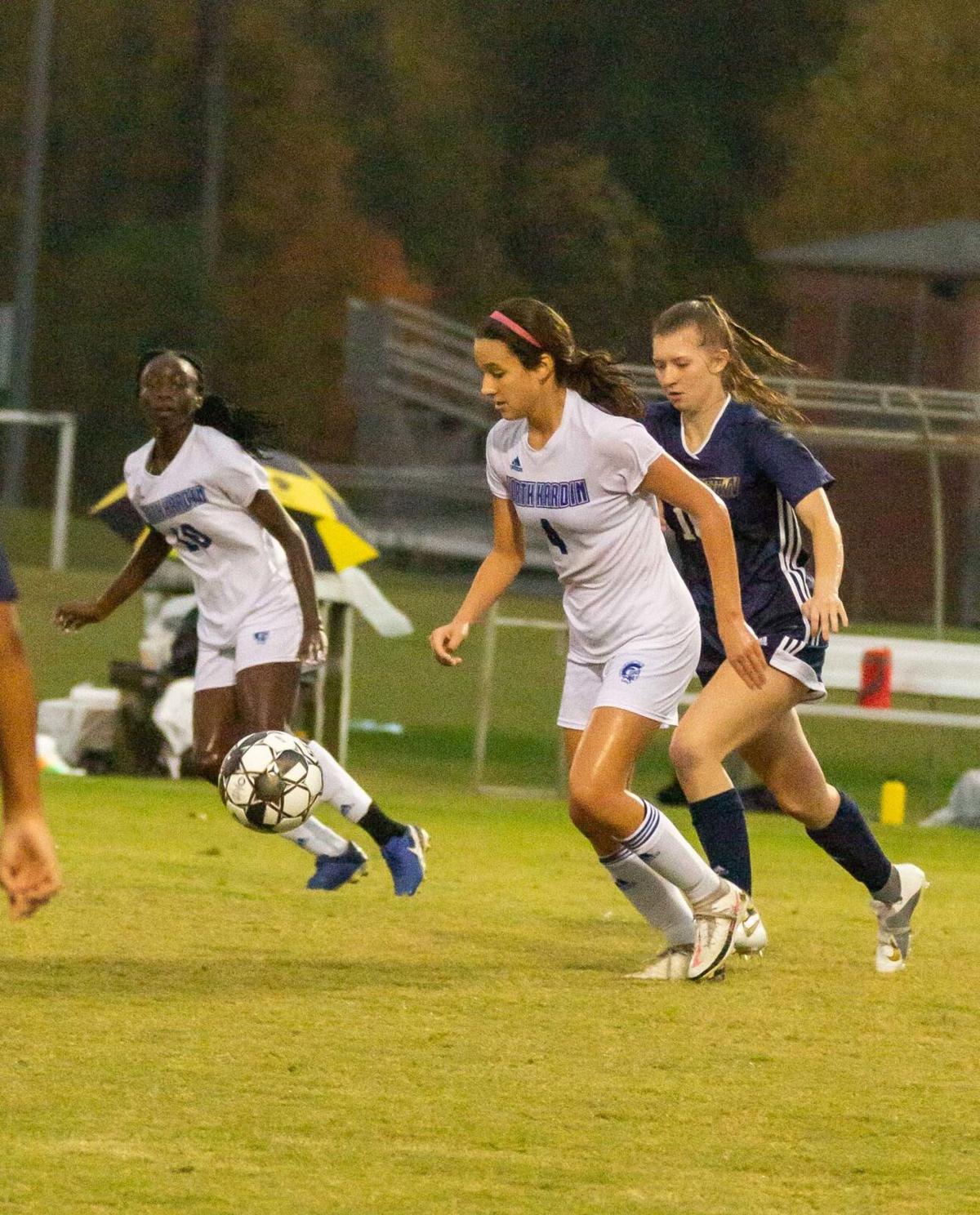 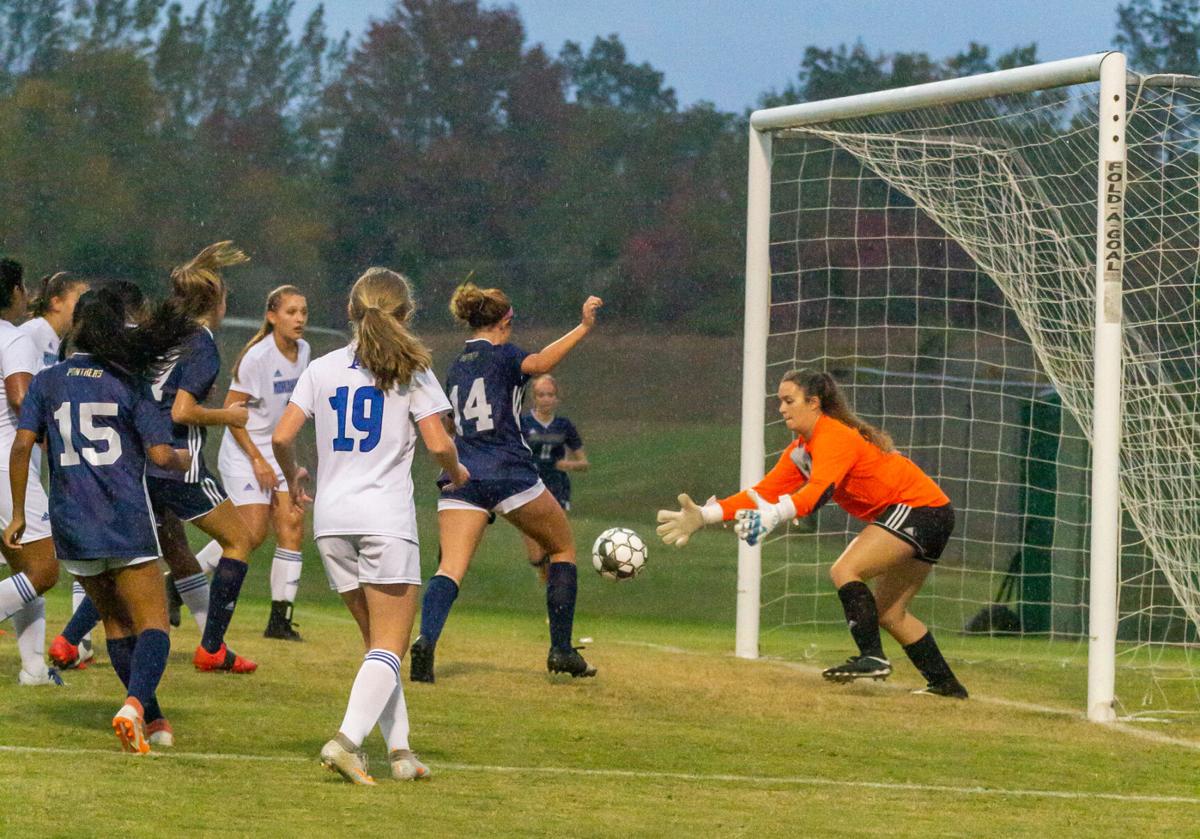 It took a little longer than expected because of a second-half lightning delay, but Elizabethtown girls’ soccer stormed into the postseason in their own way Monday night at John Hardin High School.

Opening the 17th District Tourna­ment against North Hardin in a semifinal matchup, the Lady Pan­thers took off early for a 6-1 victory over the Lady Trojans.

“We got a few little lucky breaks. We got a penalty kick, we got an early free kick and got up two nothing, so that relieved a lot of pressure,” Elizabethtown coach Pat Black said. “Hard to tell how well we would’ve played if we hadn’t had the pressure relieved, but when that happens, you get them on their backflip, they’ve got to do a little different stuff to get back and we took advantage of it.”

“This game, Coach Black was talking about it, I think we played a lot better,” Durbin said. “We got to the ball more and I think we were able to make more dynamic runs to each other to get the ball through into the goal.”

Elizabethtown opened things up by taking a 3-0 lead at the end of the first half.

Durbin netted both of her goals in the first half, with the third courtesy of Swiney.

The team continued to push ahead with three more goals after the break.

Anna Grace Carter made it a 4-0 lead on the Lady Trojans with 37:20 left in the game off an assist by Durbin. Swiney followed with her second goal of the night at 31:13, with Brylee Davis finding one more goal for the Lady Panthers just over 10 minutes later and half a minute before the lightning delay. Davis was assisted on her goal by Kira Grimm.

Resuming play with 20:26 left in regulation, the Lady Trojans responded by getting on the board when Madison Yates scored with 19:54 to play.

Elizabethtown did not give up another goal and secured the semifinal win.

“I’m really excited because we’re making it to the district finals and we’re going to Region whether we win that game or not,” Dur­bin said. “I’m just excited that I get to experience that with my team for one last year.”

North Hardin’s season came to a close with a 2-6-1 record. Despite the loss, Lady Trojan coach Chris Smith commended his team’s effort Monday and throughout the pandemic-altered season.

“We went down too quick, two mistakes. Fought back, the girls showed a lot of heart.” he said. “We couldn’t really dig our way out of that hole that we created early in the game.

“We’ve been calling it a sprint-style season all year,” he added. “Every­thing’s been so condensed, but they continued a very good work ethic. They always came ready to work every single day. Every practice, every game, they were always ready to work.”