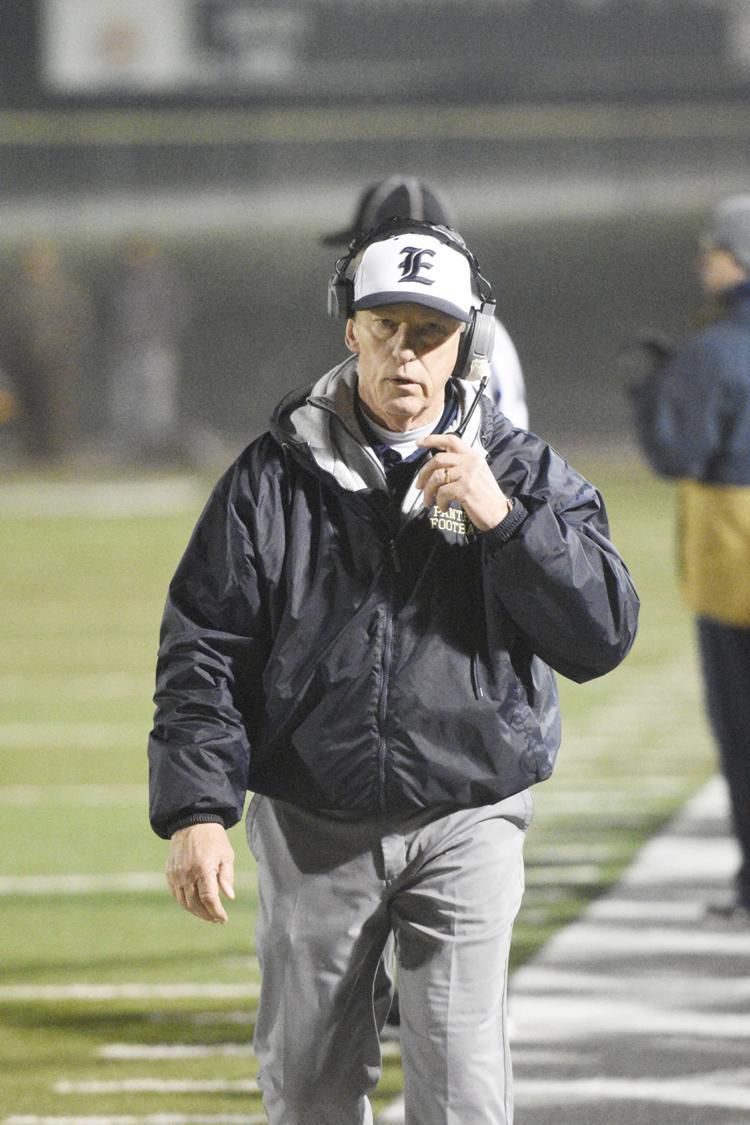 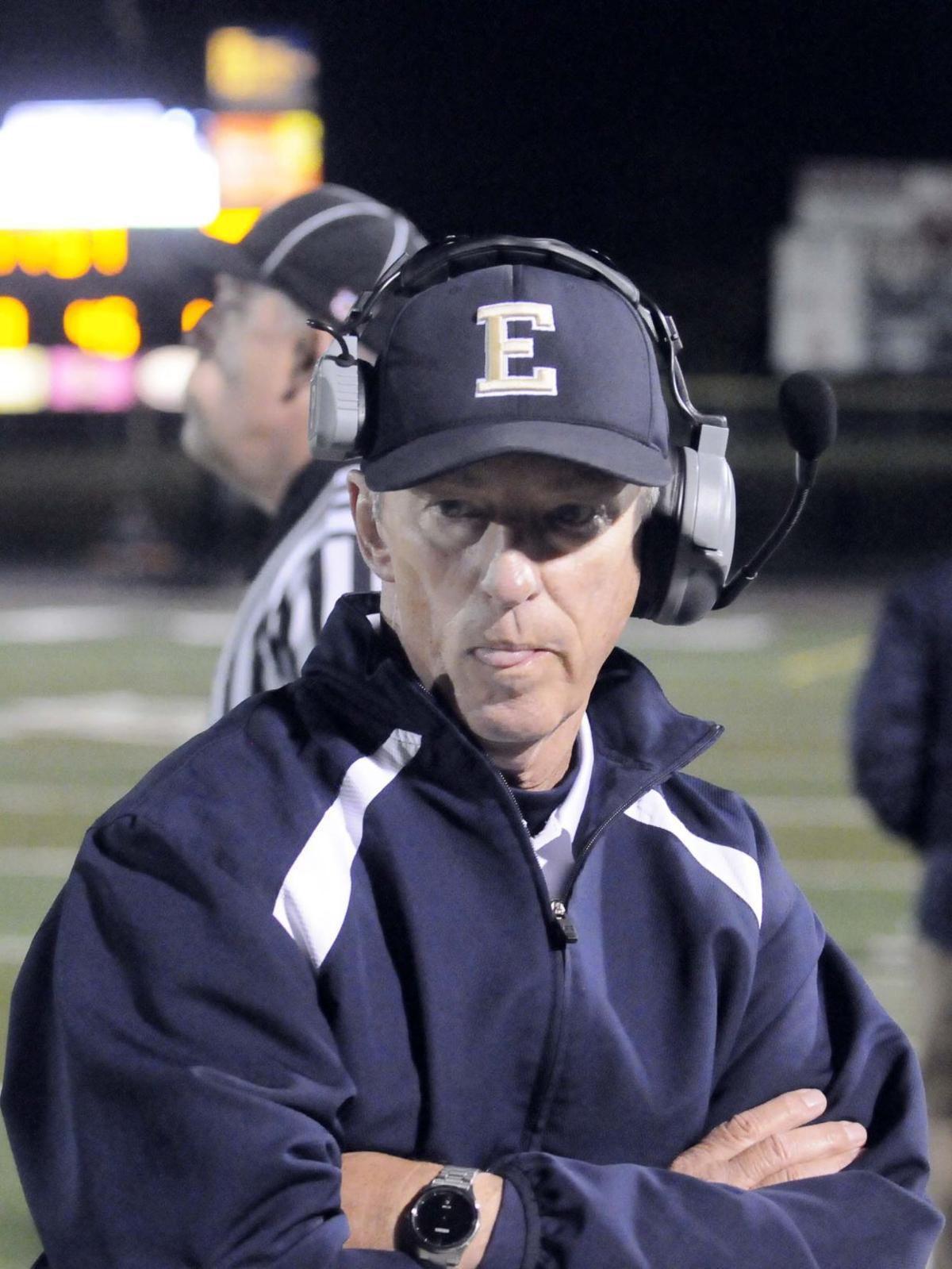 In his first season as a head football coach, Mark Brown was given no guarantees in 1981 as far as job security at Marion County High School.

He essentially was told to go prove himself as a program leader.

“The superintendent (Robert Robertson) there told me, ‘We’ll give you one year and we’ll see how you do,’’ Brown recalled Wednesday. “It wasn’t exactly a vote of confidence. We had 26 varsity players and we upset Bardstown for our first win.’’

The first of what would become 38 teams he’s been the head coach of ended 6-5 and won a district title after starting the season 0-3.

It was the start of a long and successful coaching career at four schools for Brown, 67, who retired this week as Elizabethtown High School’s head football coach after six seasons. His tenure at EHS included 59 wins and three trips to the Class 3-A state semifinals.

He told the team Tuesday of his decision — two days after a team banquet.

Brown’s retirement caps a coaching career that few who have walked the sidelines have matched in Kentucky high school football history. He ranks fifth all-time in coaching wins with 331. He finishes with a 331-140 record.

“Sometimes you just know that it’s time,’’ he said. “I know it’s time for me. I’ve had a wonderful career and I’m happy about everything that we’ve been able to do.’’

He took over a slumping Elizabethtown program in 2014 and quickly turned the Panthers around with a 7-4 record the first season. What followed was a string of three straight appearances in the Class 3-A state semifinals.

After winning just seven games in the three years prior to Brown’s arrival, he had turned the Panthers into a 3-A state title contender.

Brown had ended a successful 12-year run as John Hardin’s head coach in 2012 where he compiled a 116-34 record at a program he started. Following a losing season his first year when he had no seniors, his teams reeled off 11 straight winning seasons and became the most successful program in the area during that run.

A year after retiring from John Hardin, he was back in coaching.

“I sat out a year and my wife (Lucy) probably thought I needed something to do,’’ he chuckled. He said someone with ties to EHS approached him about considering their job opening.

“I told them if I can get the right people to come with me I would take it,’’ he said. “It’s a hard job no matter what, but if I couldn’t coach with people I liked and enjoyed being around, I wasn’t going to come back.

“When I took this job, I sort of told them I had four or five years in me,’’ added Brown, who went 59-19 in six years at EHS. “I still love it and I love the game and being around the kids. I just think it’s time for me to retire.’’

He said he had been considering retirement for a few years. He said there’s not one reason for stepping away from the game.

One of Brown’s sons, Ross, is the team’s defensive coordinator. He has coached with his father for 11 of his 12 years as a coach.

“It has been a pleasure and an honor to work with my dad throughout my career,’’ Ross Brown said. “It has been a learning experience that I feel fortunate to have had access to. I feel like I’ve had the benefit of learning from one of the best to do it.  It’s been an exciting and emotional ride and it’s hard to believe it is over.’’

How Mark Brown related to his players and how he shared his wealth of football knowledge endeared him to players.

“He’s probably the smartest football-minded person I’ve ever been around in my entire life,” said Clay Games before last season. Games will be a senior quarterback this season at EHS. “Everything you ask him, he’s got an answer. He’s never confused on what he’s saying. He’s got a way of getting everything to you.”

Brown leaves a program that has several key returners back on both sides of the ball and is expected to battle Bardstown for the district crown this year.

“I didn’t want to walk out with the cupboard bare,’’ Brown said. “I want the next coach to be successful. I did the same thing at John.’’

“I can say without a doubt he may be the best in-game adjustment coach,’’ Thompson said. “He figures out what you are trying to do on defense and attacks you a different way. His teams are usually very tough and fundamentally sound. Mark Brown will be missed in the area but also in the state.’’

EHS Athletic Director Glenn Spalding said he plans to meet with school principal Jennifer Burnham, possibly as early as today, to form a plan for the coaching search.

He said if someone is hired and not currently teaching in the school district, the job has to be posted with the Kentucky Department of Education for 30 days. The position hasn’t been posted on the KDE or Elizabethtown Independent Schools sites as of Wednesday afternoon.

Someone who currently has a teaching position can be hired at any point, Spalding said.

He said the retirement of his long-time friend didn’t come as a surprise to him.

“I was 99 percent sure,’’ Spalding said. “I was hoping with that one percent that it wouldn’t happen.’’

Brown led his alma mater, Nelson County High School, to a Class 4-A state title in 1996. He also coached John Hardin into the Class 5-A title game in 2009.

“I’ve had a lot of support, great assistants and great kids wherever I’ve coached,’’ he said. “That’s made it a lot of fun.’’