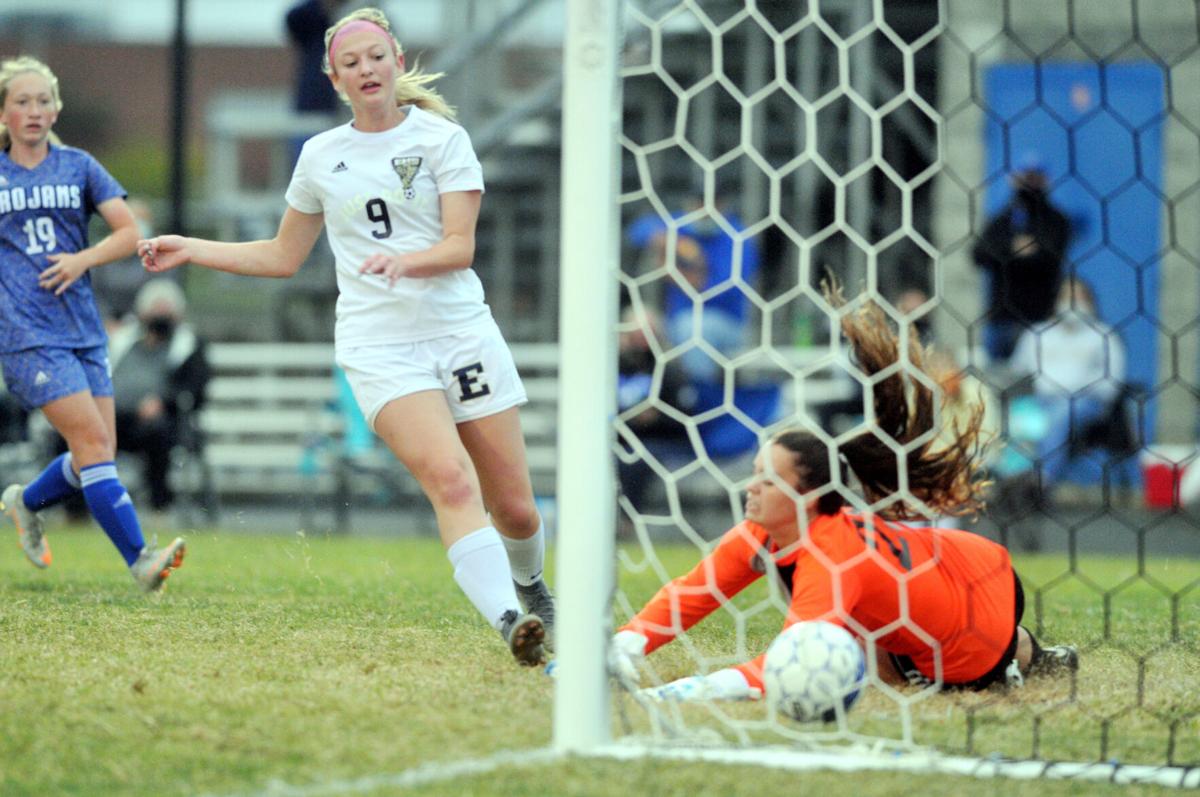 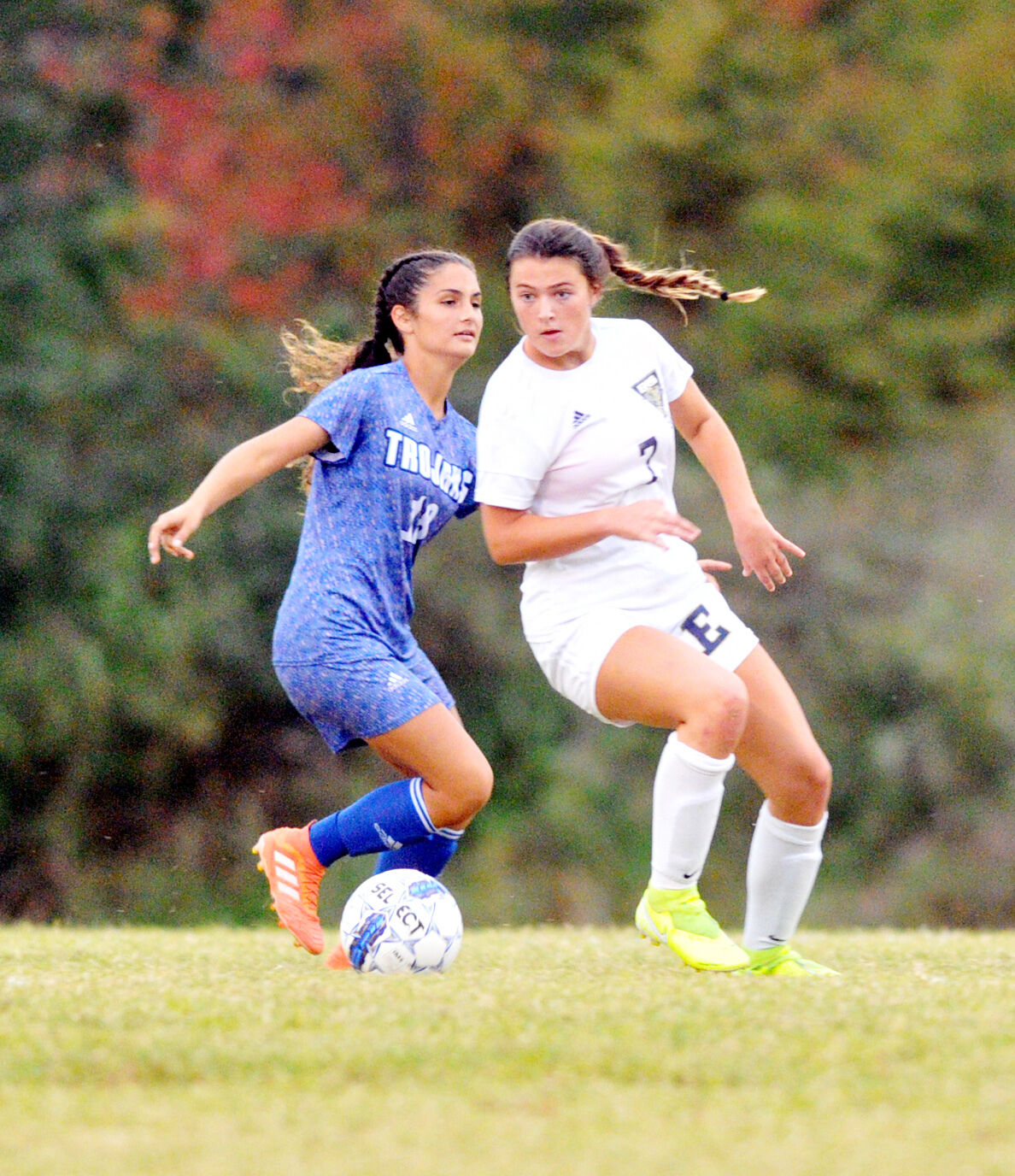 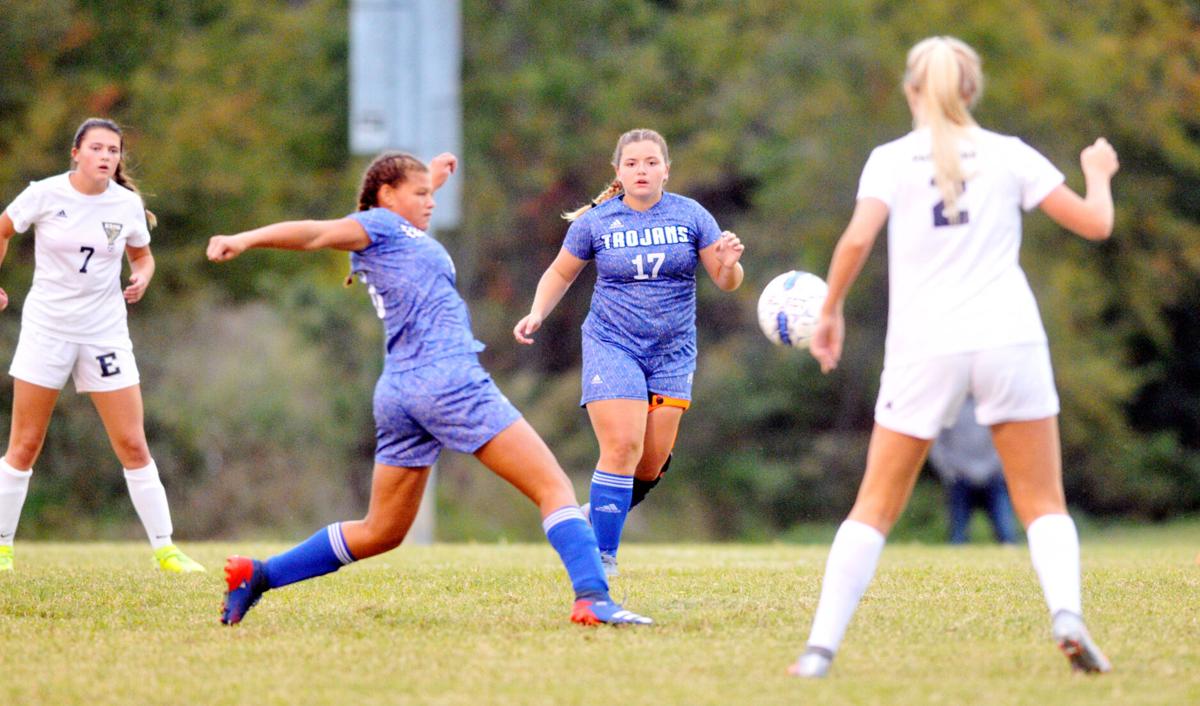 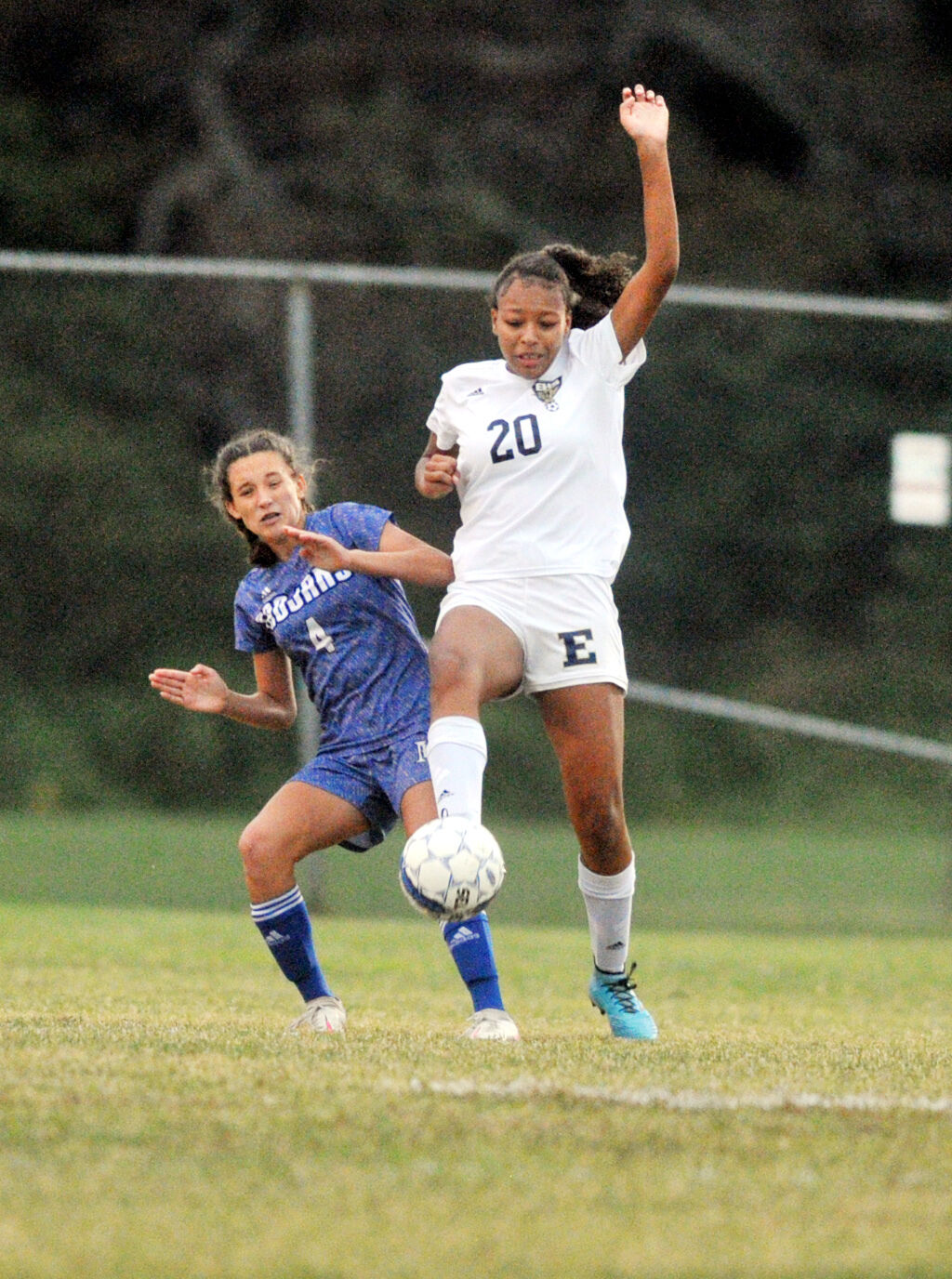 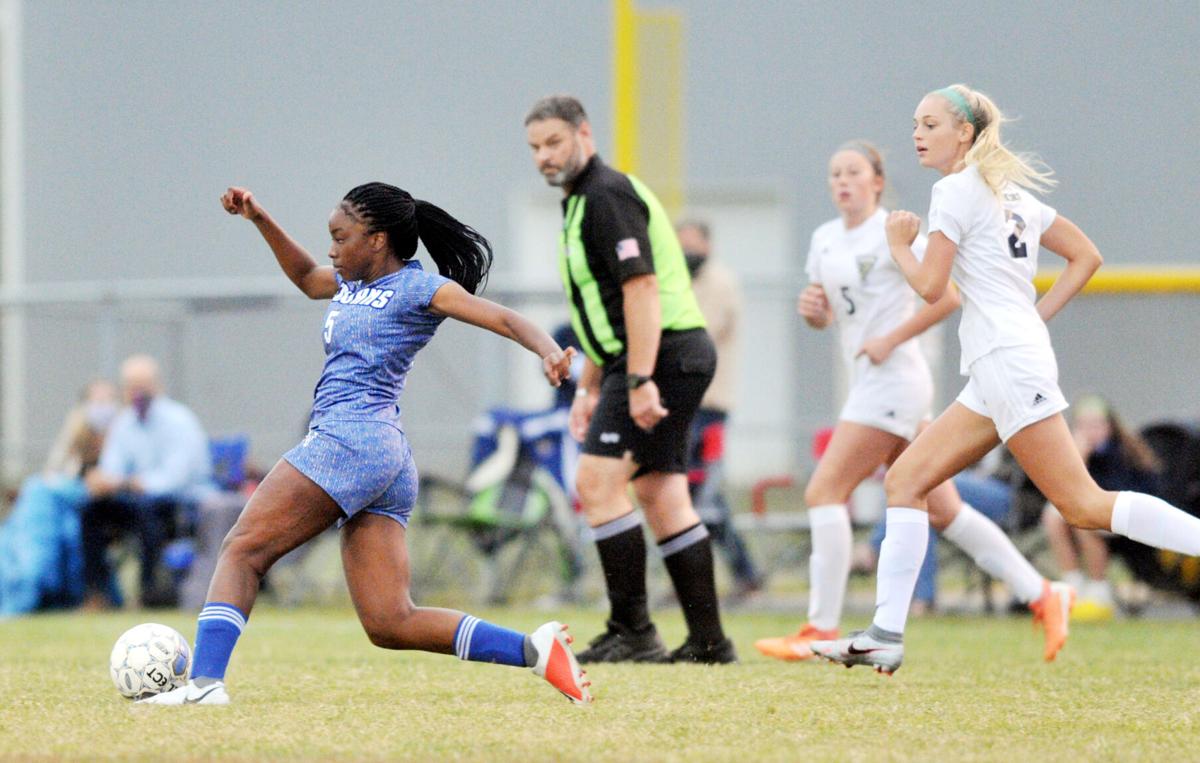 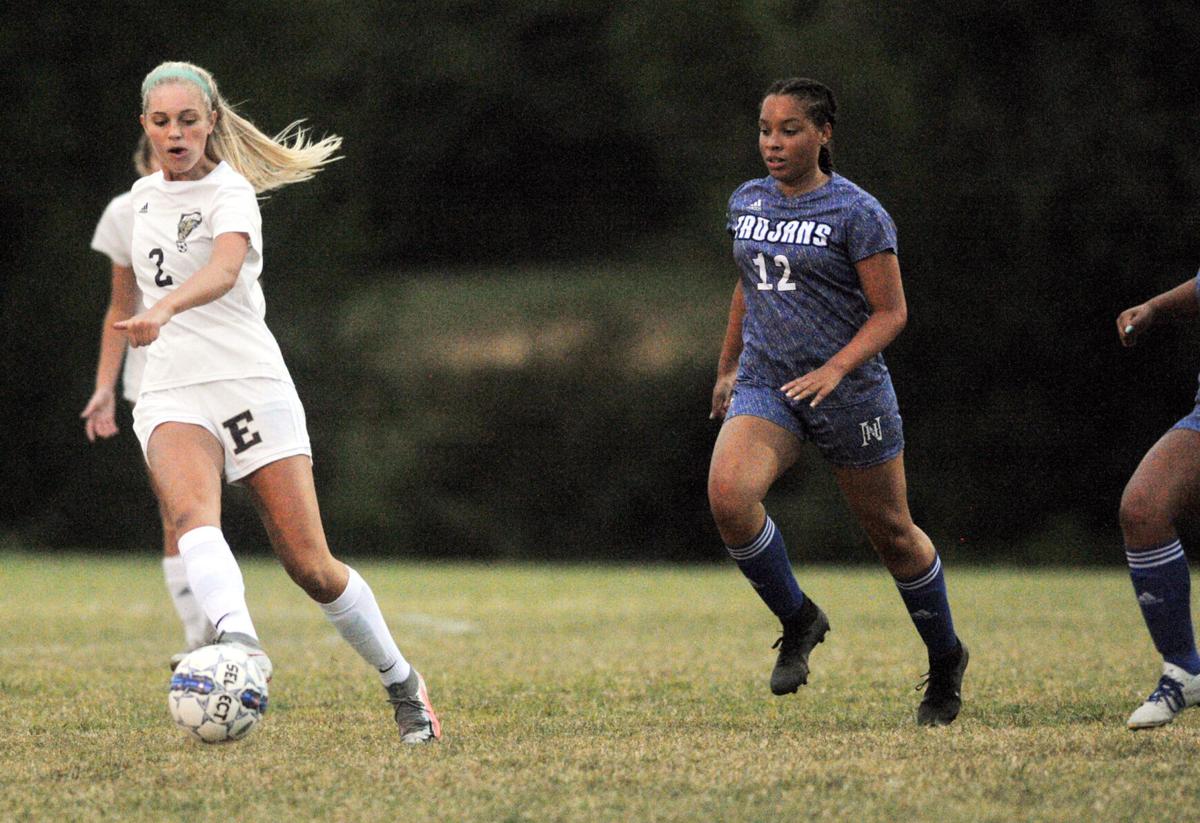 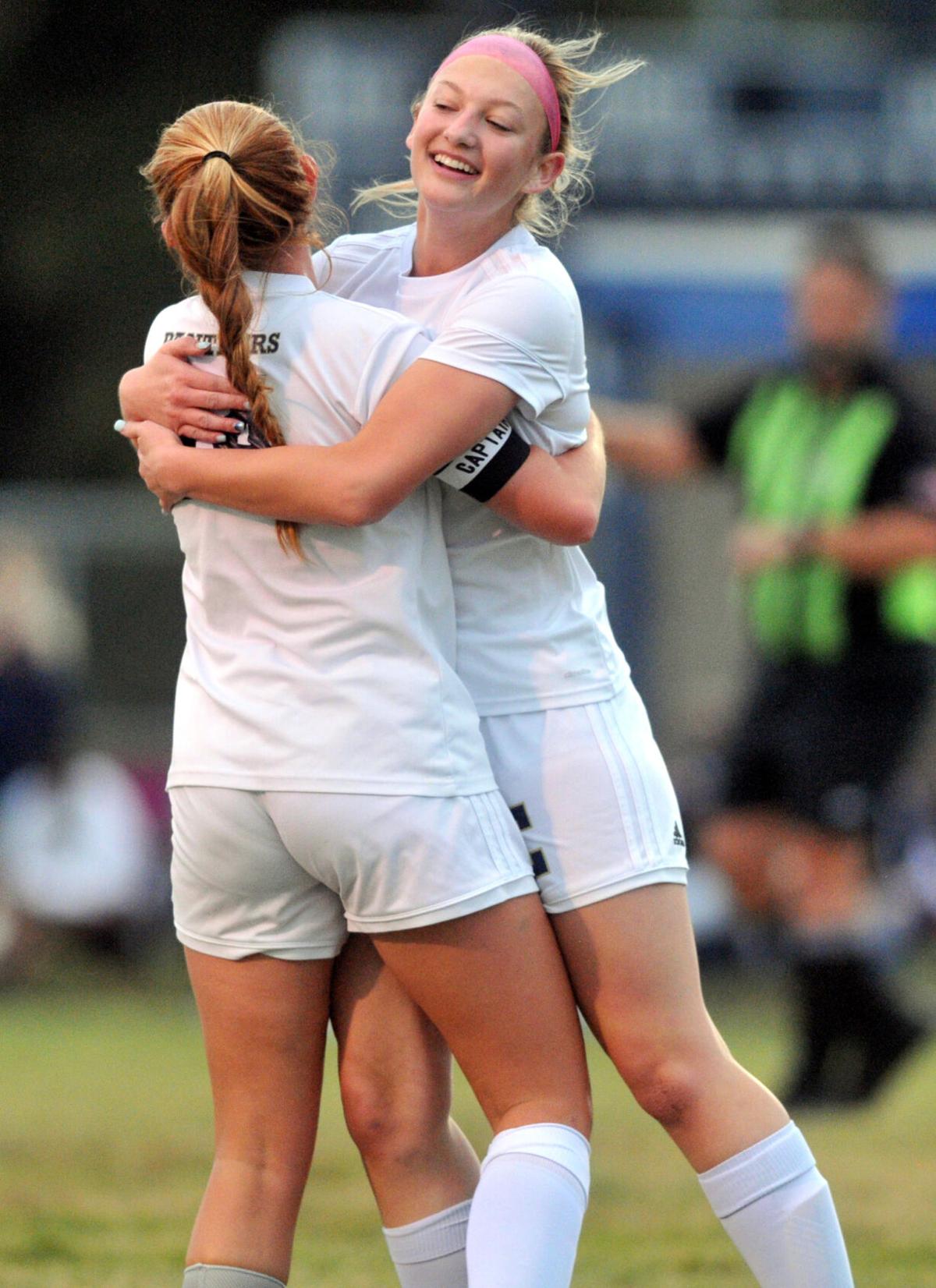 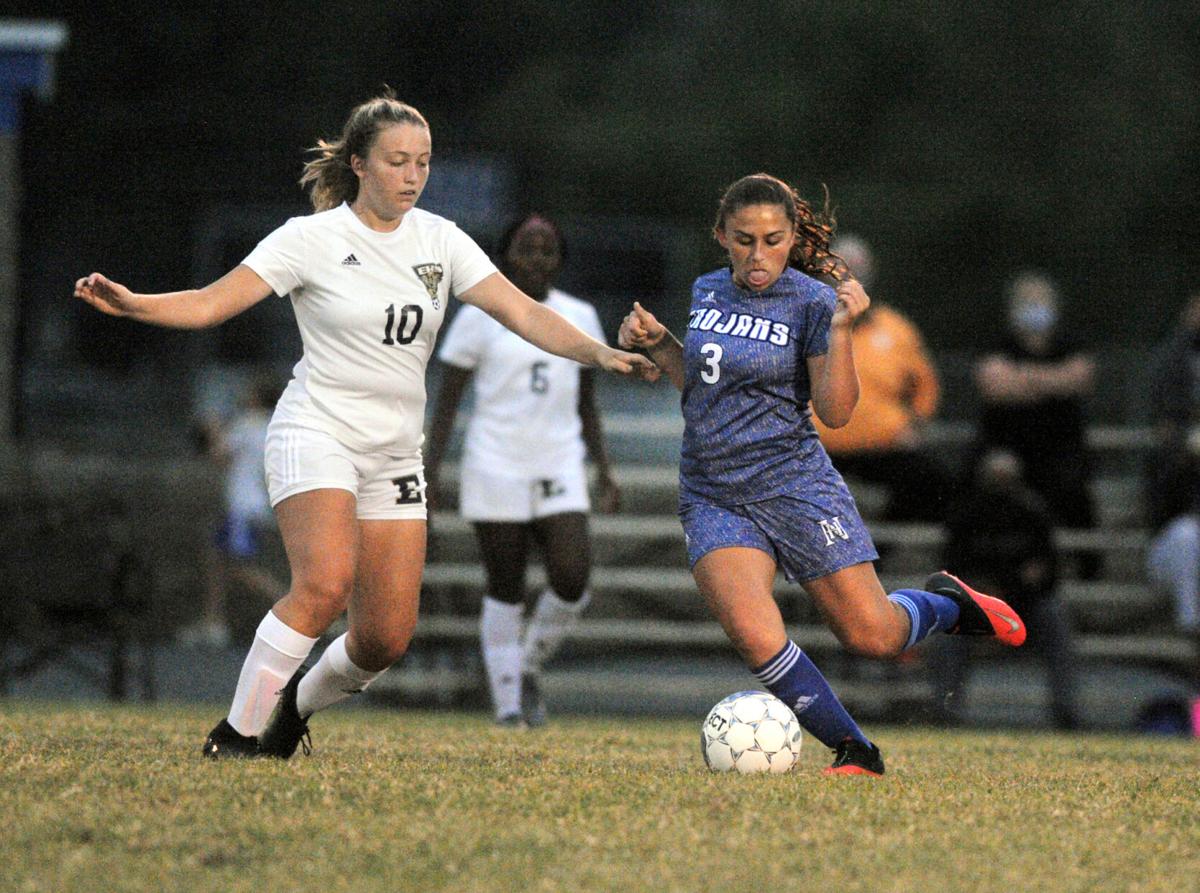 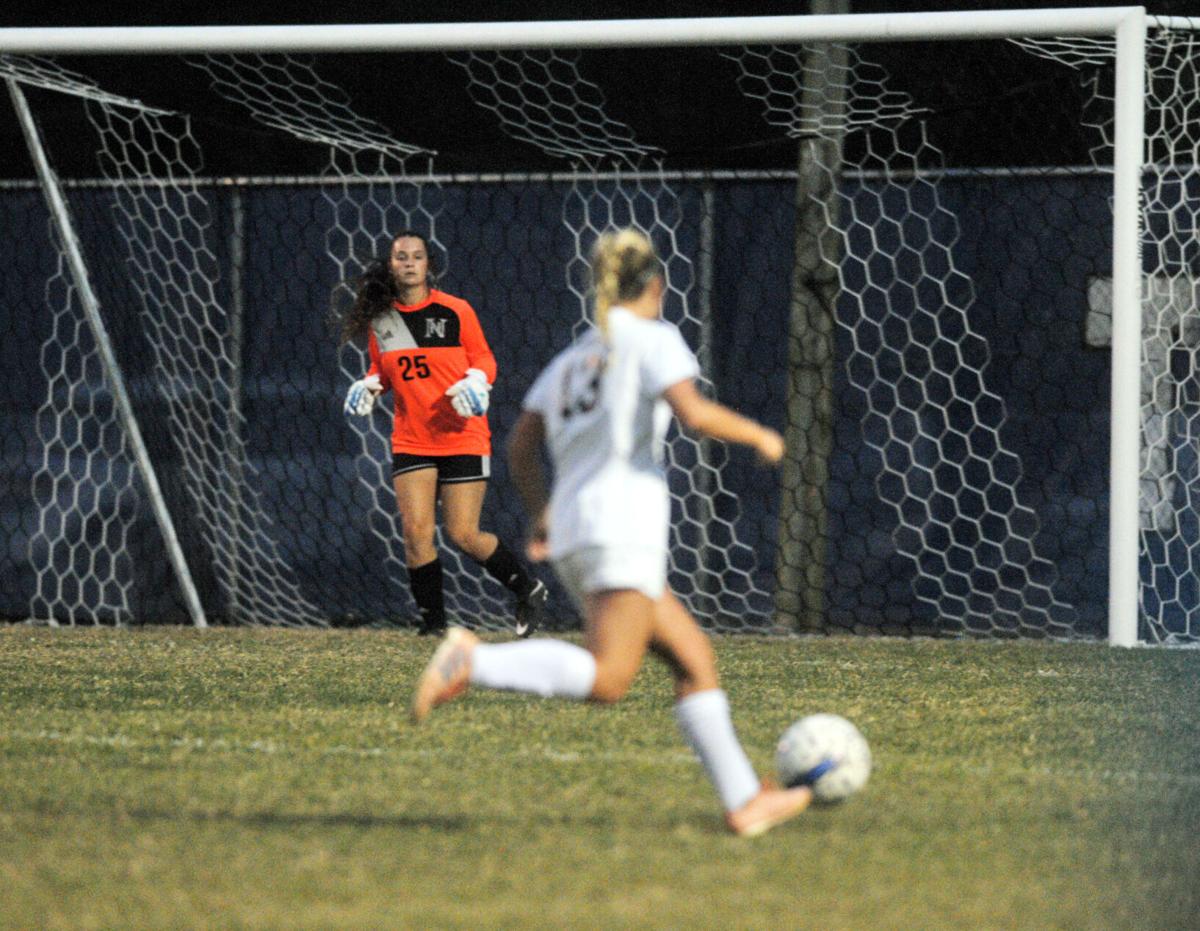 Ella Durbin and Anna Grace Carter are Elizabethtown’s lone seniors and Durbin said the pair had an idea of how they wanted to be leaders.

Durbin scored the Lady Pan­th­ers’ second goal of the night on a penalty kick 73 seconds into the second half of a 3-0 17th District victory at North Hardin.

“This year we’ve really focused on communication, getting to know each other and how each player plays,” Durbin said. “All of our passes are connecting more than last year and that has to do with more communication. We’re trying to look for other players. Whenever we connect passes we’re able to move each other up the field to score and get more scoring opportunities.”

That happened with the first goal.

After a couple of connecting passes, the last one that found Carter making a run up the right side, she sent in a cross that Kira Grimm slid past North Hardin senior keeper Riley Thompson into the corner of the net for a 1-0 lead at the 32:38 mark of the first half.

“They’ve got a good energy to them,” Elizabethtown head coach Pat Black said of his youthful squad. “They’ve been ecstatic just to play. They’re a fun group to be around. It helps to win, but we’ve got a lot of young players stepping up and doing thing that we needed them to do.

“I’m pleased with them.”

North Hardin, playing without the injured Kiarra Loggins, fell to 0-5-1 and hasn’t scored in its last two games.

“We’re tracking the stat sheet with how many looks at frame we’re getting, and we’re getting the opportunities, we’re just not finishing those opportunities,” Lady Trojans head coach Chris Smith said. “We’re very young and they’ve got to learn that they have to pull the trigger quick. Club ball and high school ball are two different things. Club ball you play in your age bracket. High school ball you play four years older than your age bracket. Those girls are coming a lot faster and are a lot bigger. That’s one thing that’s we’ve really talked about a lot, trying to figure out our offense and who’s going to step up and be that goal scorer that we need. Or who’s going to be that unselfish player and find that pass to lay out and give that goal scorer an opportunity.”

Elizabethtown finished the scoring when Charlotte Piwetz received a beautiful ball from Kristin Swiney and found the back of the net with 10:12 left in the game.

“The hardest thing is that I’ve had to come up with game plans while playing real games,” Black said. “Before we’d play Bluegrass games and two scrimmages and we’d have five games under our belt and I could put players everywhere. I don’t care if we lose a scrimmage. Now we’re playing real games and you have to figure things out on the fly. It’s a little hard as a coach to make bi changes, but they’re doing it and that’s what we gotta do to get better.

“They’re adjusting well for a young team. They’re really checking off all the boxes of doing what I’m asking them to do.”

The Lady Trojans have only scored four goals in six games — Loggins has all of those — and Thompson is averaging 18 saves per game.

“Honestly, we use the boys’ season last year as an example,” Smith said. “They started 0-11-1 and look what they did, turned it around and make it to the region semifinals and lost in a PK shootout. You can turn around your season, you just have to find the turning point.

“You’ve got to dig deep in your heart and support your teammates and lift them up and understand that you’re a family and you’re going to continue to progress as a family.

“That eventually will pay off in large dividends. A shortened season. No preseason. No fine-tuning days. You learn a lot on the fly. Our turning point will come and things will continue to move forward for us once the turning point happens and they realize that they can win and they are talented and they see all the things that we believe in them.”

The Lady Panthers (5-1) have won five in a row and are scheduled to visit Eastern at 1 p.m. Saturday.

“We’re talking to each other constantly,” Durbin said. “Communication throughout the midfield. Adelyn (Inman) and I, we talk constantly to each other — the outside-mids. We just have to make sure everybody’s in the position they’re supposed to be in. Because our team is so young we tend to get really close to each other on the field. In order to spread out we try to talk to each other. We yell — not meanly — and try to work together.”