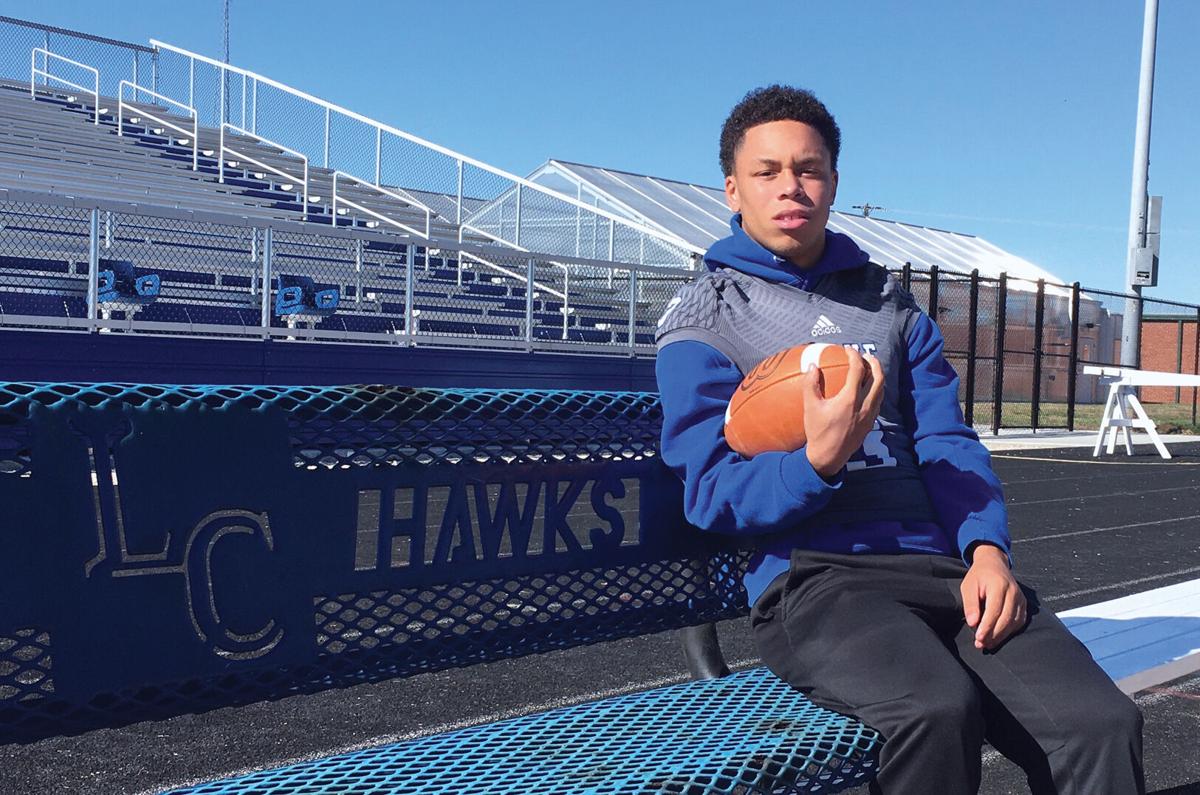 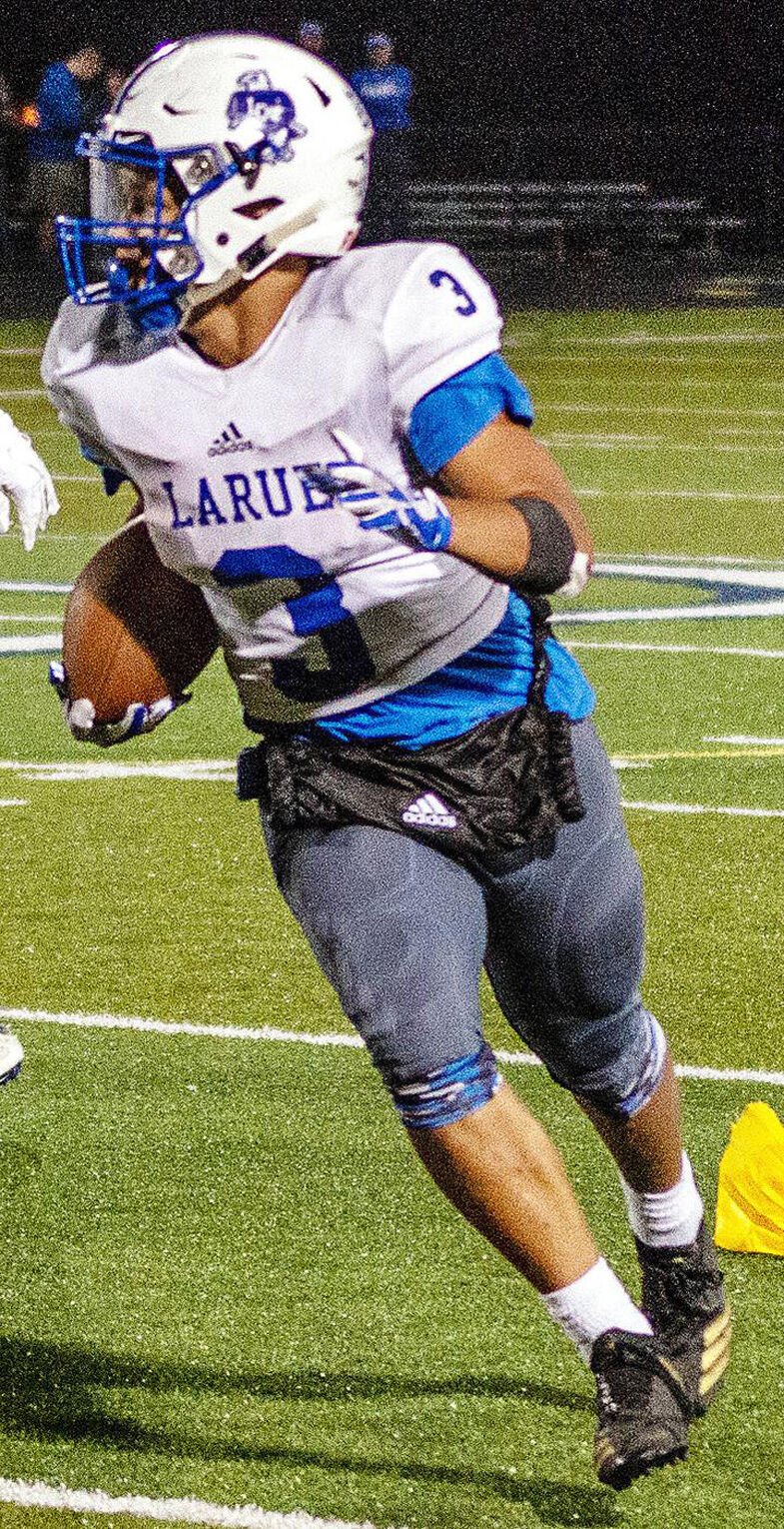 On that night in Marion County, Belton took two handoffs from quarterback Dane Milby and gained 18 yards and the start of one of the best rushing careers in LaRue County High School football history was born.

Now, he ranks sixth all-time in career rushing yards and has become a beloved figure within the program, and outside of it.

“He’s so unselfish, he’s the type of young man that if we got to coach kids like him all of the time, you would do this to the day we die,” LaRue head coach Josh Jaggers said. “He’s a special kid.”

Jaggers said earlier this year he watched Belton teach youngsters in football and basketball drills, just because he wanted to help them get better.

On the football field, Belton has been a dependable and productive running back, especially the last three seasons, becoming one of six players in school history to rush for more than 3,000 yards.

“I remember I had two carries,” Belton said. “I was working hard expecting to get a chance to play, and I did.”

“Dad said something about Jerry, just as far as the way he moved and his shiftiness, and what-not,” Jaggers said. “You could see he had ability early on.”

Belton finished with a modest 91 yards on 14 carries as a freshman as LaRue County went 10-2. A cousin, Bryson Cobb and Belton’s brother, Anthony Adkins, were stars on that team and all three carried the ball in the opener.

When Belton arrived on campus, he said his goals weren’t all centered around being one of the best running backs in school history and running for nearly two miles on the football field as he has now with 3,036 career rushing yards.

He said he wanted the career rushing record, but more importantly, hoped to leave a lasting impact with his soft-spoken nature and leading his teammates by his actions.

“I expected to make it a better place, especially on the football field,” the 5-foot-10, 175-pound senior said. “I want to bring a sense of positivity and a winning culture and keep it going for a long time, even after I’m not here. And I wanted to get the career rushing record.”

Unless the Hawks get on a lengthy playoff run, getting to the record seems unlikely in a season where Belton and his teammates have had four games canceled because of COVID-19. The Hawks are 4-2 heading into their Class 3-A playoff game at Bardstown.

Belton sits 866 yards out of the career lead.

He said because of COVID, it shows how committed you are to the sport in how well you keep yourself ready to play when you don’t know when you will get to play.

He says he has worked out a lot by himself this season to stay ready for when the games do happen.

“It really shows how determined you are and how good you want to be, especially when you’re not playing in a week,” Belton said.

“In a typical year, he’s close to the record,” Jaggers said. “He’s one of those kids that just goes out and works and plays. He’s one of the most unselfish kids and players I’ve ever coached.”

Belton rushed for 1,301 yards and 10 touchdowns as a sophomore when he finished second in the All-Area Offensive Sophomore of the Year voting behind North Hardin’s La’Vell Wright.

Last season, he was slowed by injuries and finished with 882 yards and nine rushing TDs and then this season he stands at 762 yards and 10 rushing scores.

He considers himself a “tough” runner.

“I try to be shifty a little bit, I don’t really like to get tackled,” he said.

Jaggers calls Belton his “ironman” given he plays defense and also is on special teams.

“He’s so versatile and so good no matter where you play him,” Jaggers said. “He’s a true ironman in every sense of the word because he never comes off the field. He’s probably the smartest player I’ve ever coached.”

“He’s good no matter where you put him,” Jaggers said.

Belton, the point guard on the LaRue County basketball team, said he hopes to play either college football or basketball next year. He currently has football offers from Lindsey Wilson College and Wabash College in Indiana.

He said Cobb and Adkins were big influences in how he plays and in his determination. Both are continuing their football careers in college with Cobb a junior at Georgetown College and Adkins a sophomore at Army.

“We always pushed each other to be better than one another,” Belton said. “We were always together; we were really, really tight especially when they were in high school.”

Record or no record, Jaggers knows his standout running back has been a difference maker in the program.

“He’s the kind of person you want more of around you,” Jaggers said. “He’s been a great young man to coach and to have around you and others.”