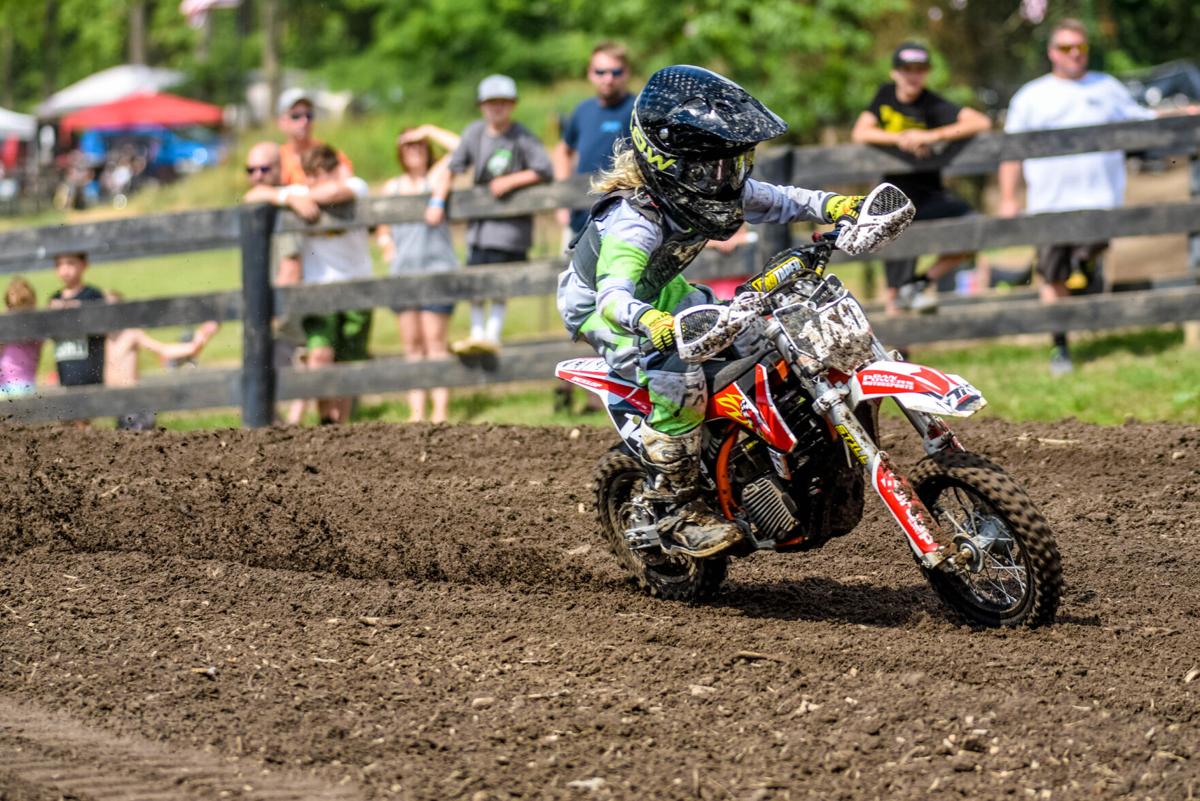 Eli Still competes at a super regional event at the Tomahawk MX motocross track in Hedgesville, W.Va. Still’s performance at the event earned him a spot in the Loretta Lynn’s Amateur Championship. 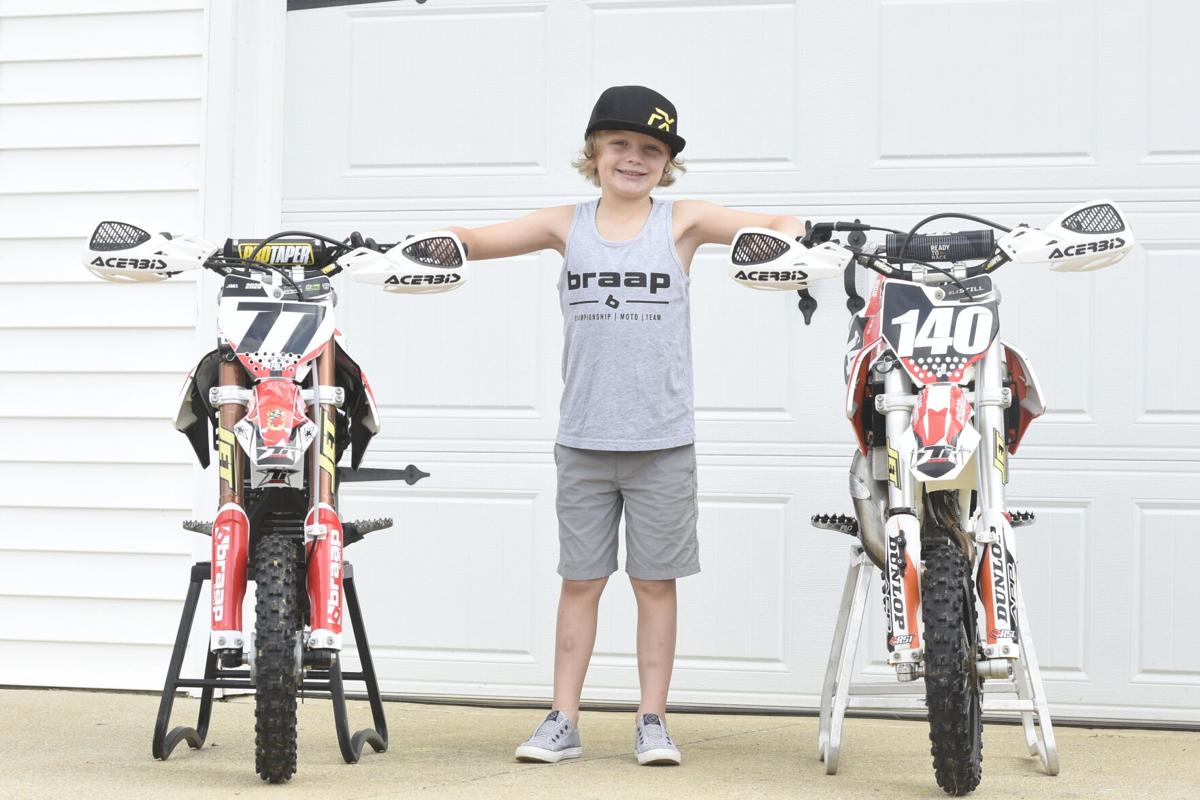 Still shows off his dirt bikes. On the left is the electric bike he’ll use during the championship. On the right is the gas-powered bike he uses for practice.

Eli Still competes at a super regional event at the Tomahawk MX motocross track in Hedgesville, W.Va. Still’s performance at the event earned him a spot in the Loretta Lynn’s Amateur Championship.

Still shows off his dirt bikes. On the left is the electric bike he’ll use during the championship. On the right is the gas-powered bike he uses for practice.

Around age 6, some children are still learning to ride their bicycle without training wheels, learning how to hit a baseball or throw a football.

Every so often, there are children such as Eli Still who are planning to compete in a national dirt bike competition.

The event, previously known as the Lor­etta Lynn’s Amateur Champ­ionship, is held on Lynn’s family ranch and is considered one of the largest and most prestigious amateur motocross competitions.

The 2020 event has 36 classes listed with 42 competitors in each class. The listed ages for race classes range from ages 50 and up, to events for children aged 4-6. Eli will be competing in the mini electric junior class for ages 4-6.

Eli has been riding dirt bikes since he was three and had his first full year of competitions last year. This will be his 21st competitive race.

While he’s relatively new to the competitive dirt bike and motocross circuit, his parents Joey and Tara Still said it was evident he had some potential for it early on.

“You sort of have an eye,” Joey said. “You can probably tell by the end of his first six months you can tell if he has a knack for it.”

During his 2019 season, it was evident Eli needed more work to qualify for a national event. Later in the year, it became clearer he did have a chance to be competitive.

“Really the end of last year when we went to a race down in Alabama. It was after Loretta’s last year,” Joey said. “We went and he ran with the kids that won at Loretta’s, so we knew his speed was there.”

It also doesn’t hurt when the sport runs in the family. Joey has also been dirt bike racing since he was four and has competed in the Loretta Lynn’s Amateur Championship twice, in 2005 and 2007.

“I’ve been racing or riding 43 years now,” Joey said. “We came more from an off-road, which is in the woods. Then I went to motocross. It’s been a good journey.”

While he may be young, this family background in racing seems to have worn off on him.

This year’s qualifying process looked different because of issues relating to COVID-19.

“We were supposed to start qualifying in March. That’s usually when the area qualifiers start and the weekend before we were going to a qualifier in Western Kentucky, the COVID hit,” Joey said. “MX Sports worked very, very hard with the government. They decided to do away with areas and do a super-regional. So everybody that wanted a chance at Loretta’s signed up for a super-regional.”

These super regionals meant more competition at the qualifying events since this was the only chance to get to Hurricane Mills.

After having some trouble at his first super-­regional in Michigan, Eli took a break to practice and get in a better mindset before competing at the last super-regional in West Virginia. It was at this event that Eli earned his qualifying spot.

“The first qualifier that we did in Michigan, he had to really face some fears. There were some big ruts and it was very competitive. We skipped the areas and went on to regionals, so he had some fear and that’s why we didn’t do the other two qualifiers. He had to process through and he talked to me about it. He was gonna quit,” Tara said. “We just gave him space to work all that out and then a week later he came back and said ‘Mom, I really want to go to Loretta’s.’ I said well why do you want to go to Loretta’s? And he said ‘I just really want to face my fears’ and then he was a different rider at the last qualifier.”

Eli’s going to be on a different motorcycle when gets down to Tennessee. While he’s normally on a gas-powered bike, this time he’ll be competing in the first class of racers to use an electric-powered engine.

His parents believe this boost of confidence since the West Virginia super-regional will make him a strong competitor this week.