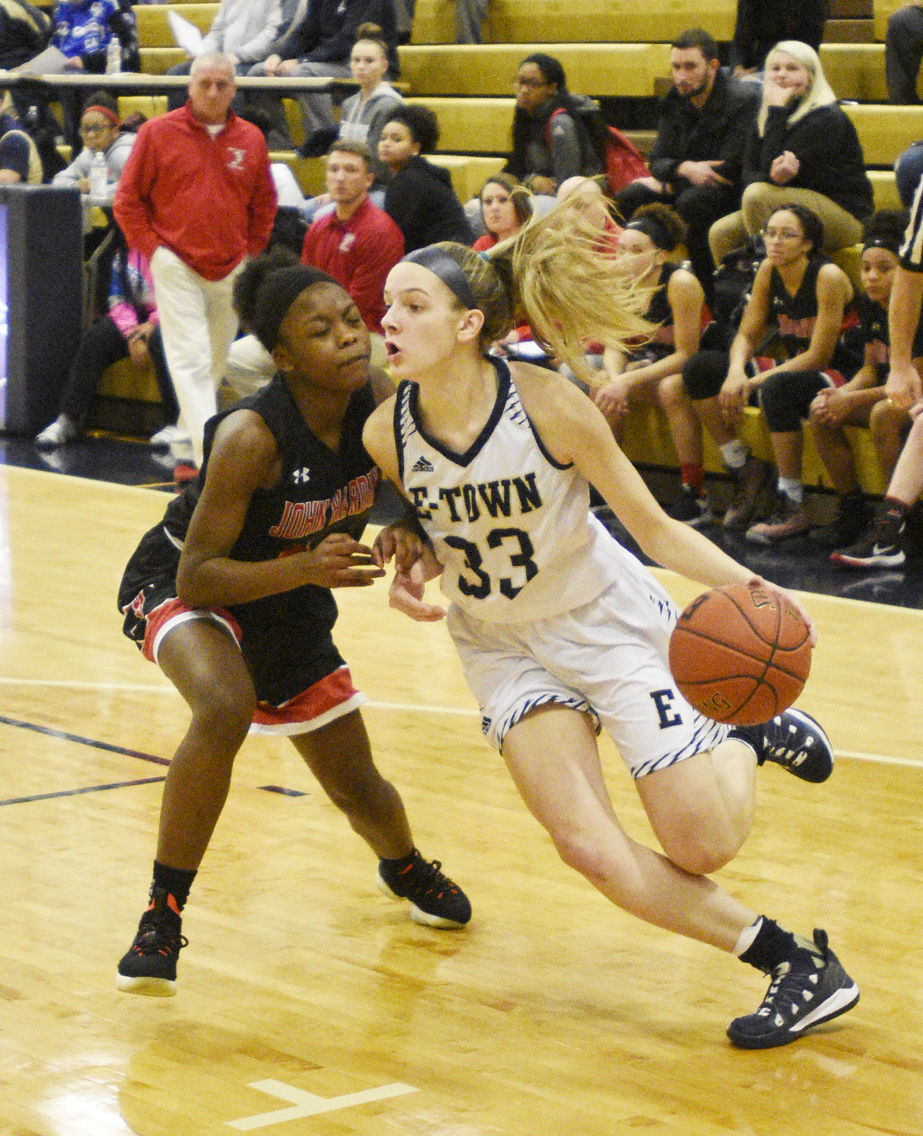 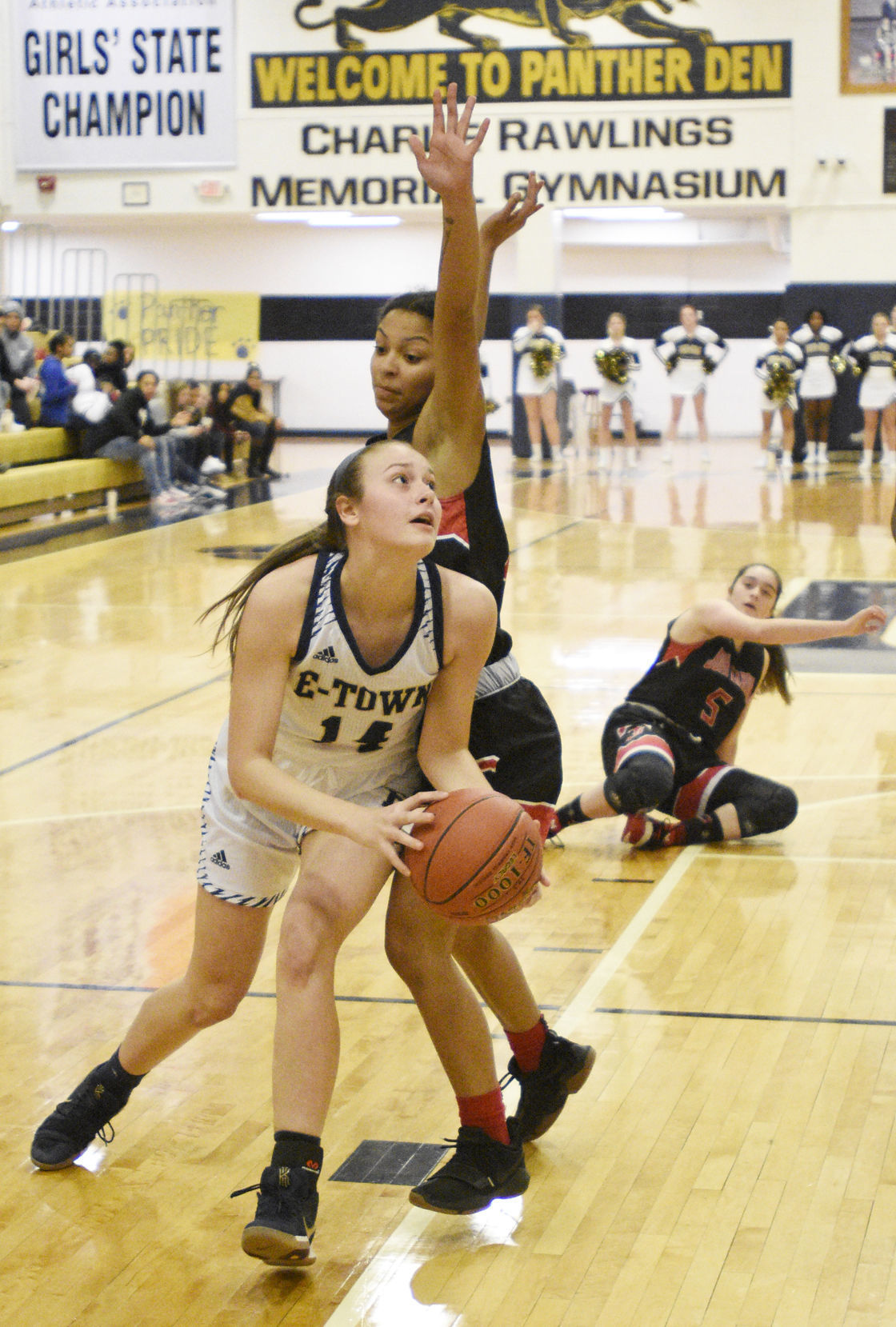 Ellie Taylor doesn’t want to live in the past, however, she does want to learn from it and firmly believes her teammates back from last year’s 5th Region Tournament final heartache share the same belief.

The Lady Panthers rolled to the 17th District regular season and tournament titles, and opened with two comfortable wins in the region tournament before running into a Bardstown Bethlehem team that won going away, 63-47.

The region final loss was Elizabethtown’s only setback in 17 starts against region competition last year.

“I think it kind of showed us having E’town on our jersey and just showing up isn’t going to win games,” said Taylor, a 5-foot-9 senior guard, who has signed with Northern Kentucky University. “It was disappointing, but it was something I believe we learned from.”

Elizabethtown returns three of its top four scorers and rebounders, and will get a backcourt boost with the addition of junior Kayra Freeman, who averaged 8.1 points and 3.4 rebounds as a freshman at John Hardin. She sat out last season after transferring and played in only junior varsity games last season.

Senior guard/forward Whitney Hay, another Division I signee for Elizabethtown with Belmont, said she viewed last season’s season-ending loss as a “lesson learned.”

“I think preparation is key and I think we kind of lacked that last year at times,” said the 6-1 Hay. She averaged 21.9 points and 5.6 rebounds a game last season.

“I don’t think about it all the time, I mean at first it bothered me and now I just try and get past it,” she said of the Bethlehem loss. “... If we get too caught up with that specific game it could go bad.”

Coach Donnie Swiney’s fourth Elizabethtown team, he says, has all the makings up being one of the top squads in Lady Panther history. Quite a statement considering Elizabethtown won the state championship in 1998 and was state runner-up in 1997.

The Lady Panthers, who went 30-5 last season, should have plenty of offensive firepower with an athletic team that Taylor says has plenty of “team speed.”

“Speed can do many things,” she said. “On offense we pass the ball well and we have plenty of offensive players that can score and also with defense, speed helps us because we can speed up the game or press or whatever.”

Taylor averaged 9.2 points, 4.1 assists, 4.1 rebounds and 1.9 steals a game last season and raised her game with a strong summer of play.

“Starting out in summer I just wouldn’t drive (to the basket) and then I started to drive and get a foul and be fine with it,” she said. “I’ve seen improvement.”

The Lady Panthers averaged 68.2 points a game a year ago and shot 44.5 percent overall from the field, including 32.6 percent on 3-point attempts with Hay leading the way by making 35-of-73 attempts for 42.4 percent.

“I feel like we pretty much have everything, but we can get better at it,” Hay said. “We have a really good point guard, multiple point guards, really, good shooters, a couple of bigs who are pretty long and can do a good job on the boards.”

Joining Hay and Taylor in the lineup will be the 5-5 Freeman, 6-0 senior forward/center Sydney Clark and either 5-6 senior Rickeia Cormier or 6-2 freshman Xaviara Smalley.

“This group has kind of been building for years,” Swiney said. “We got beat in the region final last year and that kind of left a bad taste in everybody’s mouth and we’re hoping we can do something to fix that. These seniors seem hungry and have practiced well and they’ve done the things they need to do to this point to get where we want to be.”

Clark is coming off a big year after averaging 12.5 points and a team-high 8.9 rebounds a game. She also shot 53.6 percent from the field.

Swiney, who has gone 92-12 and reached the region championship game all three years as head coach, said the addition of Freeman will add plenty to his team and be a difficult matchup for opponents.

“Having her and Ellie up front on the press we’re hoping that speed can really create some havoc for teams.”

Cormier chipped in 2.7 points and 1.9 boards a game last season, while Smalley contributed 4.4 points and 2.4 rebounds a game as an eighth-grader.

Swiney said they are battling for the fifth starting spot.

“They’ve both probably deserve to start but there’s only five spots and Rickeia has worked hard and she’s a senior and she’s earned that spot probably right now,” he said. “She’s been very focused and a good leader for us.”

He said Smalley will make an impact regardless of her role.

“She’s going to make teams adjust and it doesn’t matter if she’s starting or coming off the bench,” he said of Smalley. “She along with a few other girls have some length to them to disrupt passing.”

E’town has been dealt with injuries in the backcourt with juniors Kiarah Dornan and Presley Payne both suffering season-ending knee injuries. Payne tore an ACL in an intra-squad scrimmage two weeks ago and Dornan did the same during the offseason, Swiney said.

Swiney said he expects players such as seniors Olivia Yurcisin and Bailey Thomas and freshman Kenzie Franklin also to play important minutes for the Lady Panthers.

“Hopefully by the middle of February we’re playing our best ball and we’re looking forward to this team kind of gelling together and I really think it will,” he said.