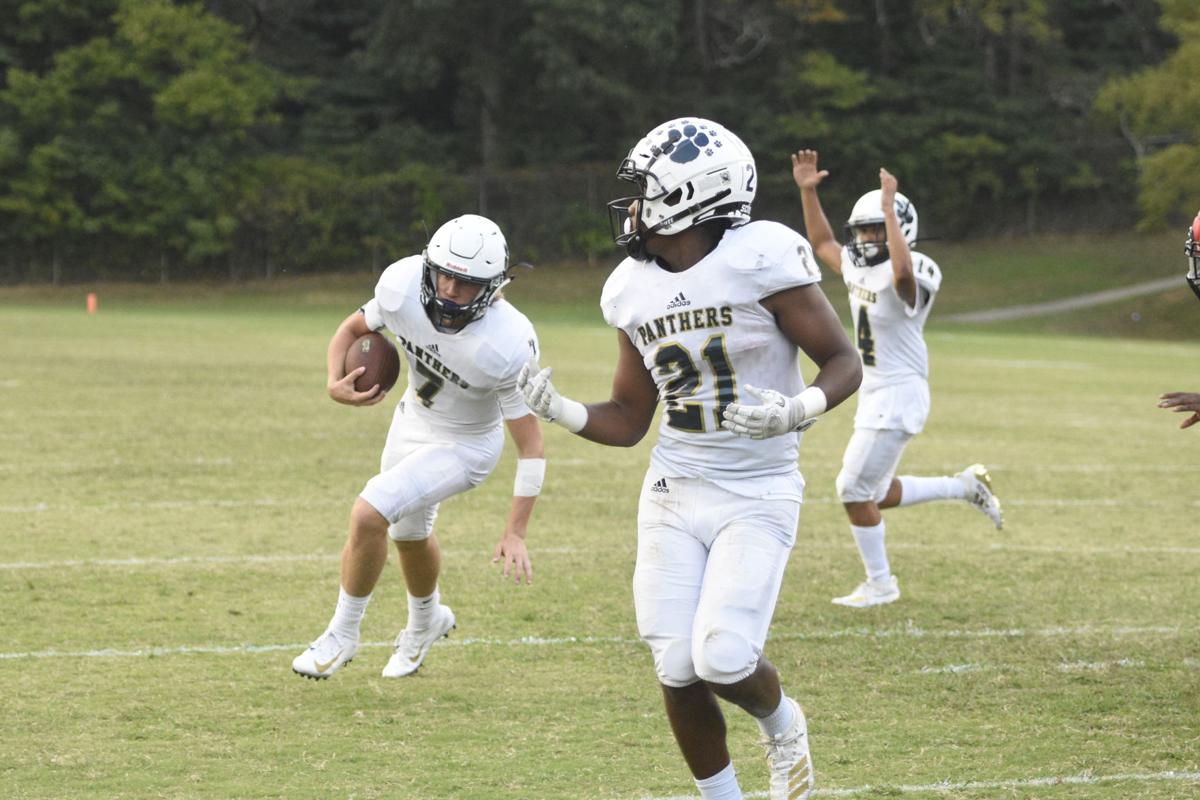 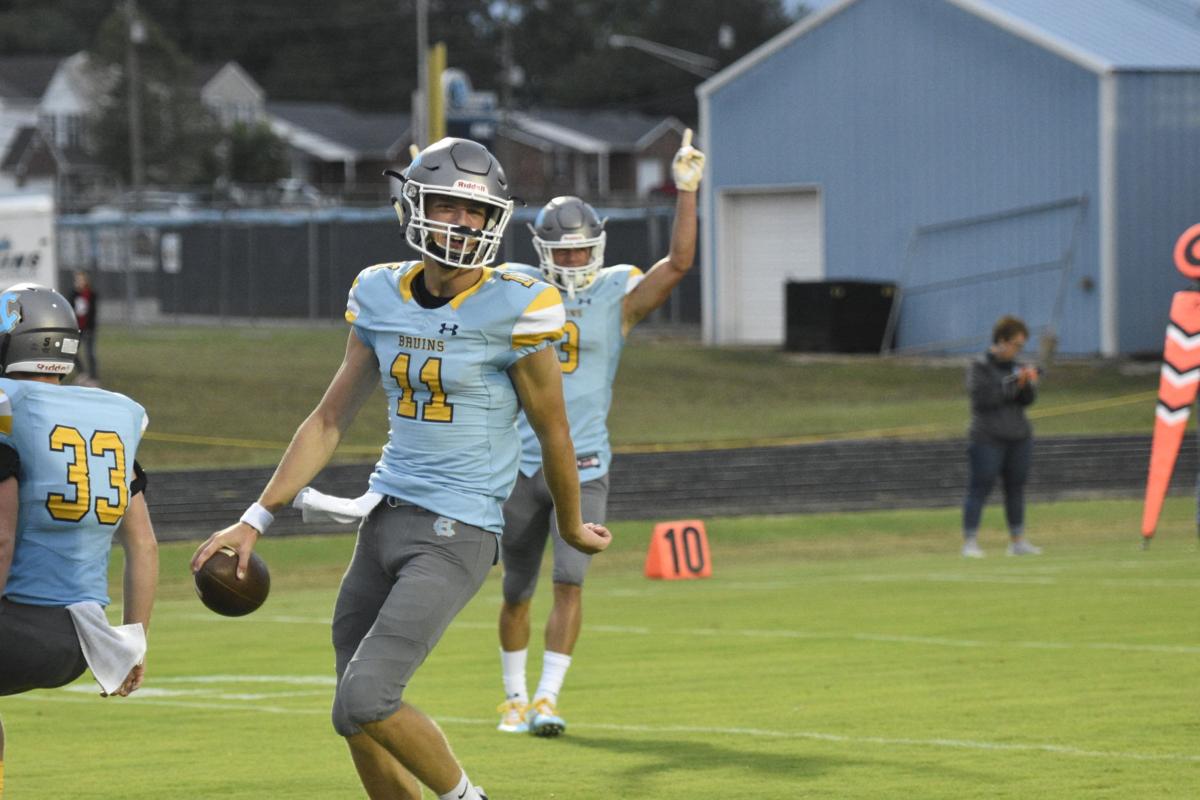 This game has been seven years in the making.

Central Hardin heads crosstown to take on host Elizabethtown with a 7:30 p.m. kickoff.

“I think it’s much anticipated from E’town fans and from Central Hardin fans,” Bruins coach Tim Mattingly said. “I think it will be a huge crowd and a great football environment. I think there will be people there who just want to see a good football game. I think people in the area are gonna be, ‘Where’s the best game gonna be Friday night?’ I think we’ll draw a lot of fans from people who don’t hold alliances to anybody in the area, but they just want to see a good football game.

“I think it will be a huge crowd and a good high school football environment.”

“We haven’t experienced that before,” Elizabethtown junior quarterback Clay Games said of taking on the Bruins. “These are the games you look forward to. It’s a crosstown rival. It’s a big game. It’ll be fun.

“We’ve played in big games before, but we haven’t experienced that type of crowd yet. It’s exciting and I’m ready for it.”

So is Central Hardin senior wide receiver and defensive back Gavin George.

“Friday night is going to be amazing,” he said. “That’s one everybody was talking about in the spring — the E’town game. We haven’t played in six, seven years. It’s our rival in every other sport and it’s finally coming back to football. It’s going to be an amazing night.

“It’s definitely going to be the biggest crowd we’ve played in front of in high school. I just got goose bumps thinking about it. Everybody’s gonna be there. The crowd is going to be into it. The student sections are gonna be crazy. It’s going to be an awesome atmosphere to play in.”

Panthers coach Mark Brown is looking forward to that atmosphere.

“I think there will be a big crowd here. I expect a big crowd,” he said. “As far as rivalry games go, it’s not really a rival because we haven’t played them in the six years I’ve been here. Basically, our rivals are Bardstown and LaRue (County) because we’re the same-size schools in the same district. If we claimed everybody as a rival, we’d have North, John, Central — our whole schedule would be rivalry games. It will be an interesting game for fans around here.”

Central Hardin is ranked No. 5 in Class 6-A in the Kentucky Associated Press high school football polls. It is 3-0 and has scored 150 points.

“We’ve created some points off turnovers and special teams, so that has boosted our scoring average,” Mattingly said. “I really feel like we should be 3-0 right now. I don’t mean anything negative about our opponents, but I felt like we were better than the first three teams on our schedule.

“Now, from here on out, things get tight. There are gonna be some battles and that starts Friday. If we expect to win, we’re gonna have to sit in there and earn some hard-fought victories here on out. I didn’t see it (the 150 points) coming, but kids have had fun these last three weeks and I hope we’re able to continue to do that.”

Brown said to offset that, the Panthers must control the ball.

“We’ve got to find a way to move the ball,” Brown said. “We can’t have three-and-outs because that gives them the ball too much and leaves our defense on the field too much. We have to keep the ball away from them. They have some excellent ballplayers on their team. They’ve got a good quarterback (Chase Elmore), a good running back (Deonco Wilkerson) and they’ve got a good receiver (George). They can throw and run the ball well, which makes them balanced.

“It makes them hard to defense. With as many points as they’ve been scoring we know we can’t stop them from scoring, we have to slow them down as best we can, and the best way for us to do that is to try to control the ball as much as we can.”

Elizabethtown is averaging 328 yards per game, 74 percent of which are on the ground.

“We can’t open up holes (defensively),” Mattingly said. “Hopefully we don’t get pushed around and don’t get knocked off the line of scrimmage. We try to step, squeeze, stay square. That’s what we do around here. Our defensive fundamentals up front are try to keep your shoulders square to the line of scrimmage, step with the inside foot and squeeze everything down and force them to bounce it. Hopefully if they bounce it, we have a chance to run it down while they’re running east-to-west.

“It doesn’t always work out, but that’s our basic philosophy on our defensive front — not open gaping holes up the middle. That hasn’t changed. People watch us, they know that’s what we do. We’re not real fancy with what we do defensively. We’re not gonna change anything. We’re gonna keep doing what we do and hopefully we can come up with enough stops to have a chance to win.”

Both teams run the Wing-T with a few variations.

“It helps both of us,” he said. “We practiced against it in the spring. That’s all we worked on was our old offense and early part of the summer it was all Wing-T stuff. There’s some differences in what they do and what we do. There’s a lot of similarities, though, alignment-wise and who you would read and who you would key on are very similar. I think the advantages probably negate themselves because we both do it.”

“You can tell he’s a headsy quarterback,” Mattingly said of Games. “He started last year for them, so he’s got a year under his belt. He throws a good ball and he’s got some guys out there who can catch it and run with it. We’ll have to do a good job of tackling. I’m sure they’re gonna complete some passes. We just have to not give up big ones and come up and make sure tackles when they do catch it.”

Elmore is 24-for-37 for 522 yards, six touchdowns and an interception.

“We’re sticking together. We’re not worried about the background noise,” said George, who has four of the Bruins’ seven interceptions. “We’re focused on ourselves and focusing on the good things we’ve done in the first three games and what we need to work on going forward.”

“We know that Deonco is a very explosive runner, so you obviously have to keep him away from the big play,” said Brown, whose team is ranked No. 8 in Class 3-A. “You’ve got a guy like George out there and when you have a 5-7 cornerback it’s hard when they throw that thing up. We’ve got to position ourselves not to let him have anything big. We have to tackle. You can’t bounce off these guys and let them have extra yards.

Expect all facets of the kicking game to be important and both teams have good ones.

Central Hardin junior Evan Jones is 13-for-13 on PATs and has three field goals.

“It’s huge if you think about it,” Panthers defensive coordinator Ross Brown said. “We have people standing back there that if you don’t get it to the end zone and we get to return it, we might house it. This week, and most weeks so far, they’ve got somebody standing back there who’s dangerous.”

Trent Hill leads Central Hardin’s defense with 21 tackles and is followed by Trent Ferguson, Lee and Hay, who all have 18, Mason Trout (18), Elmore (17) and Butterworth (15).