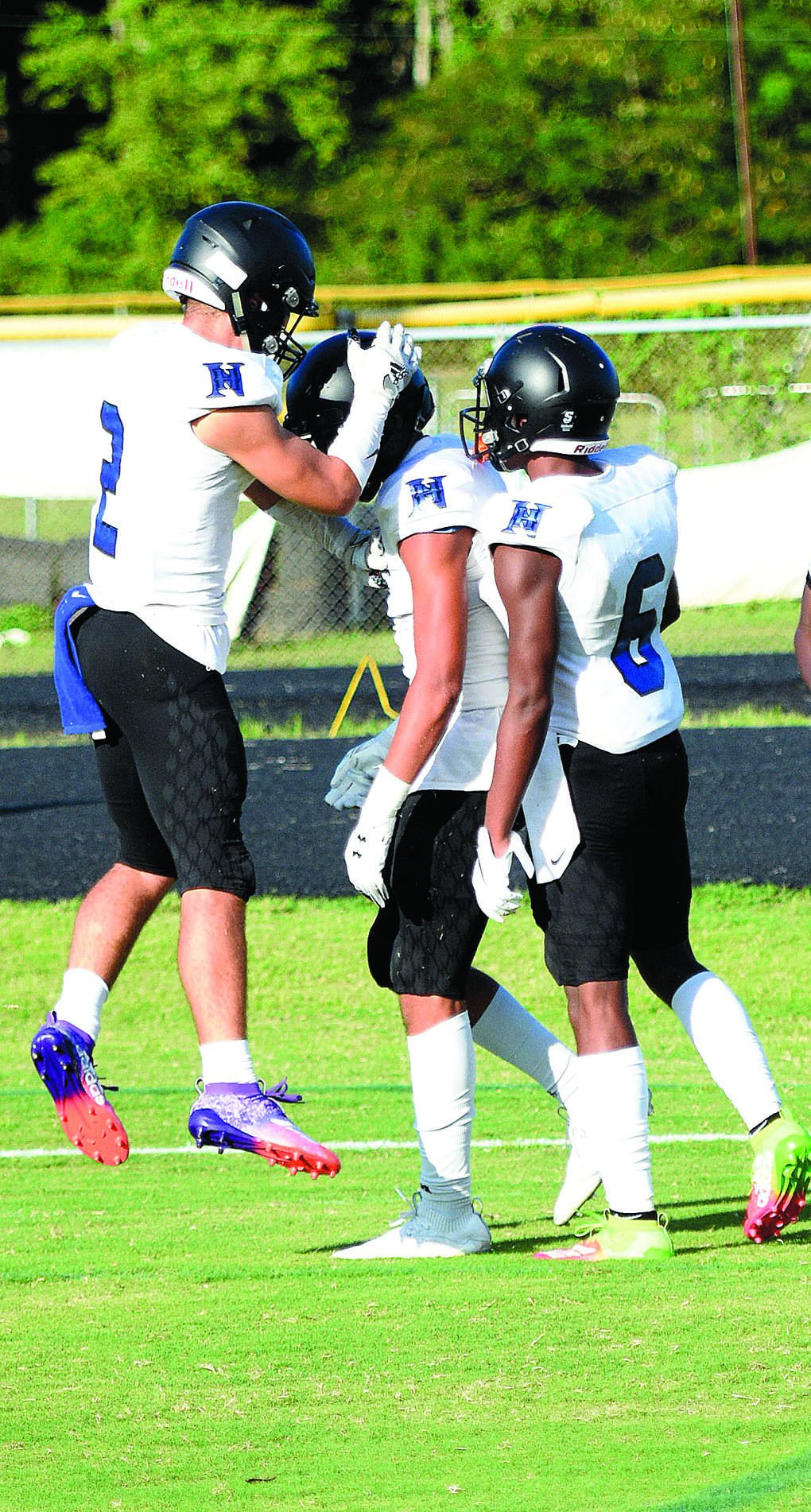 North Hardin’s Marcus Harris is sandwiched between teammate Camron Smith, left, and Ramaj Adams after catching a touchdown pass on the last play of the first half in Saturday’s 48-14 victory over Louisville Waggener at Fairdale High School. MIKE MATHISON/The News-Enterprise 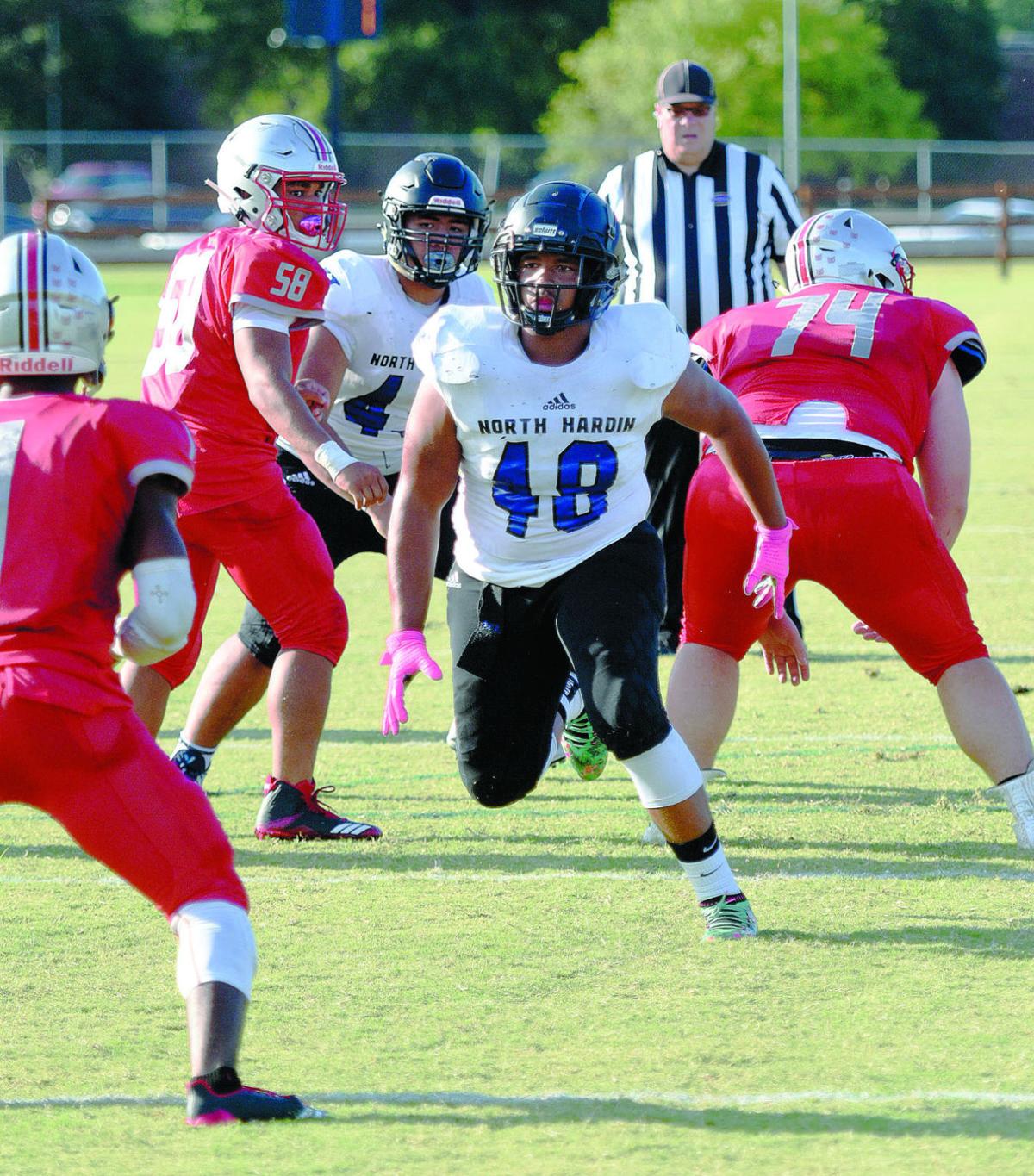 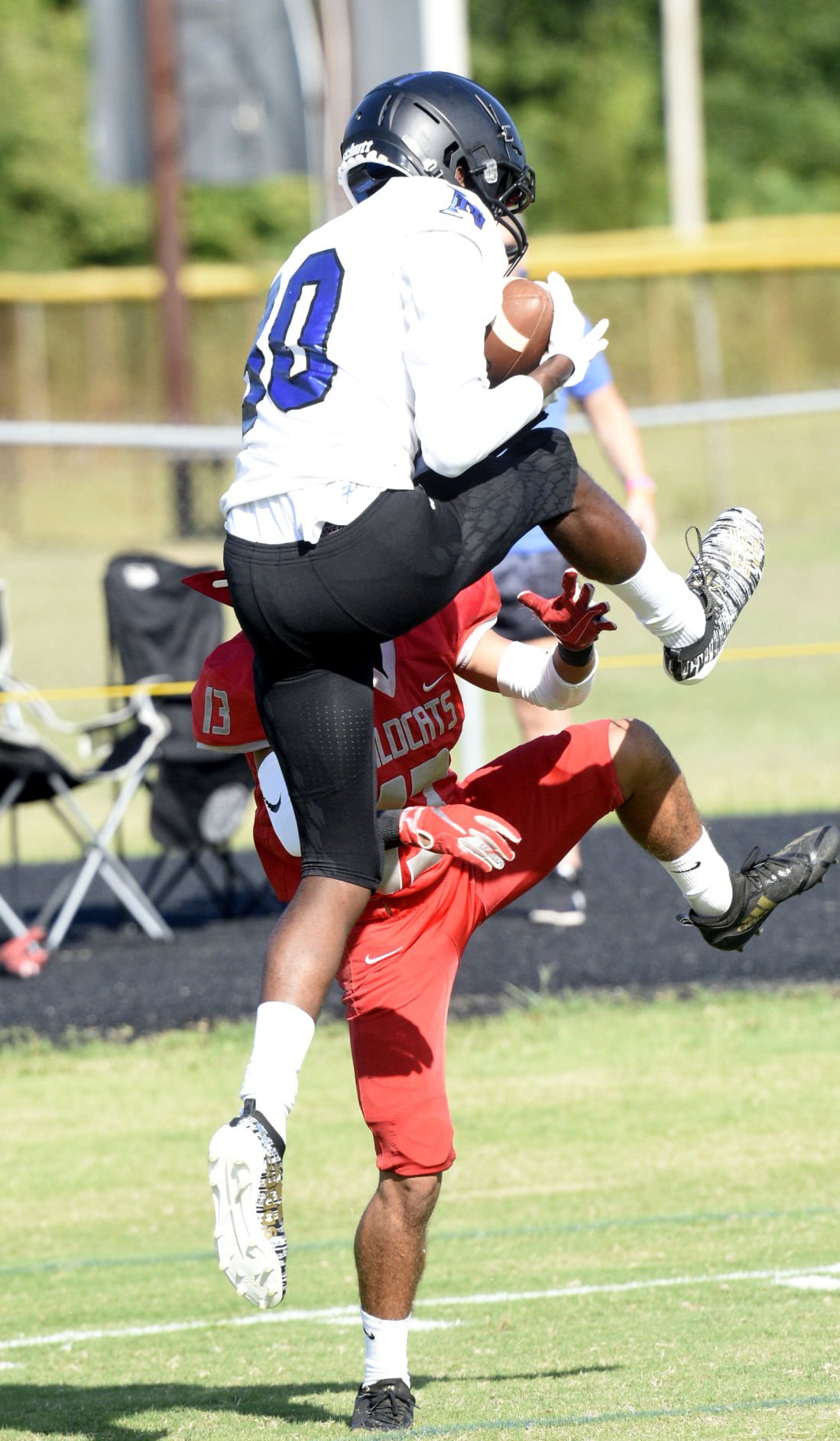 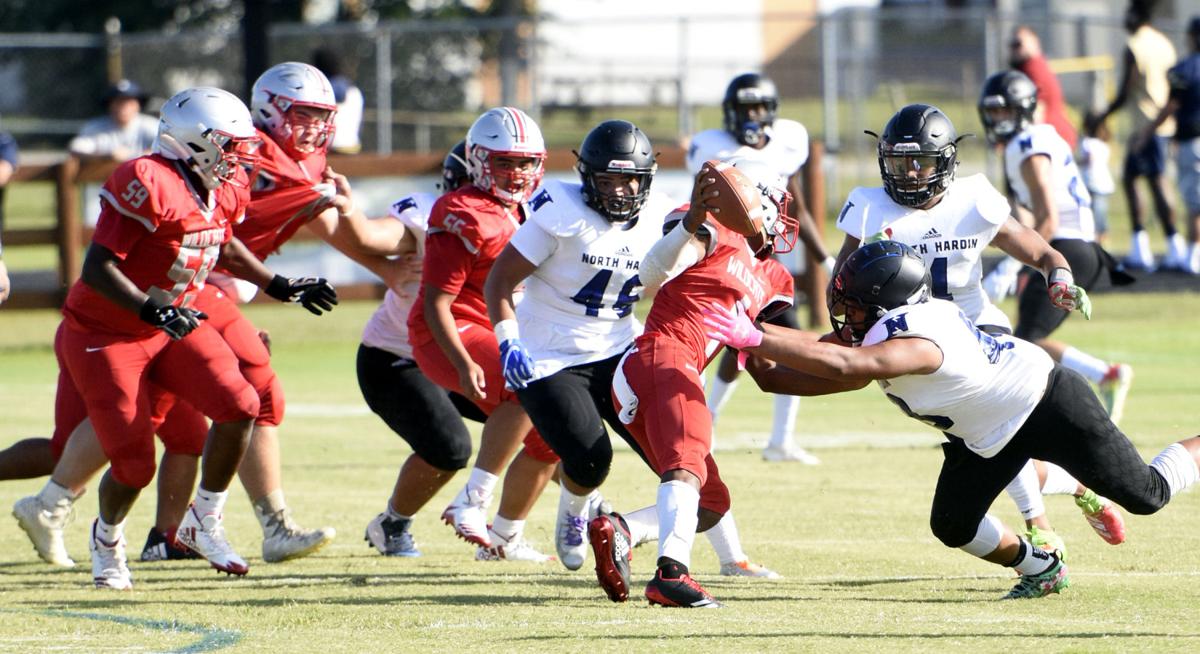 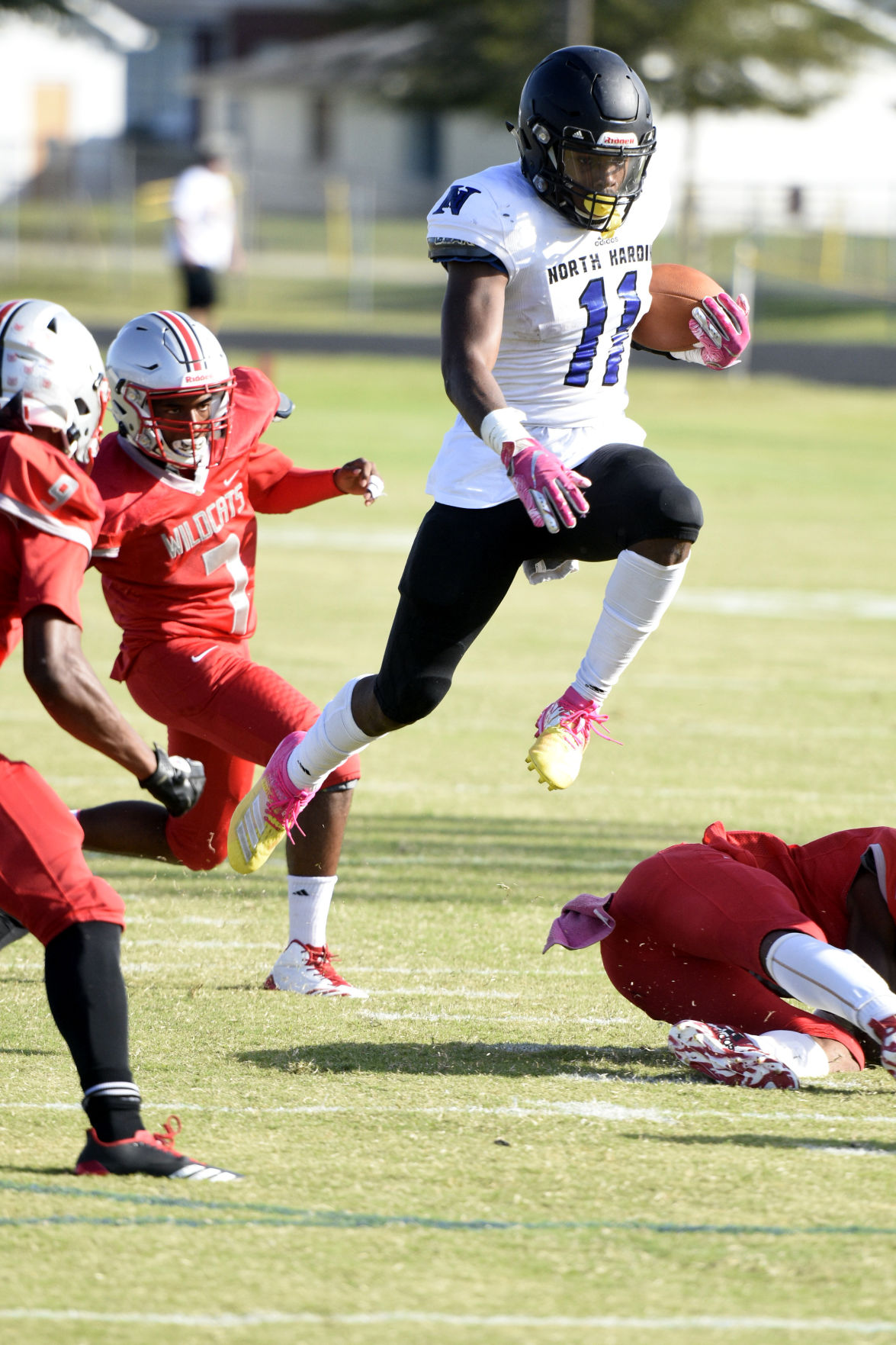 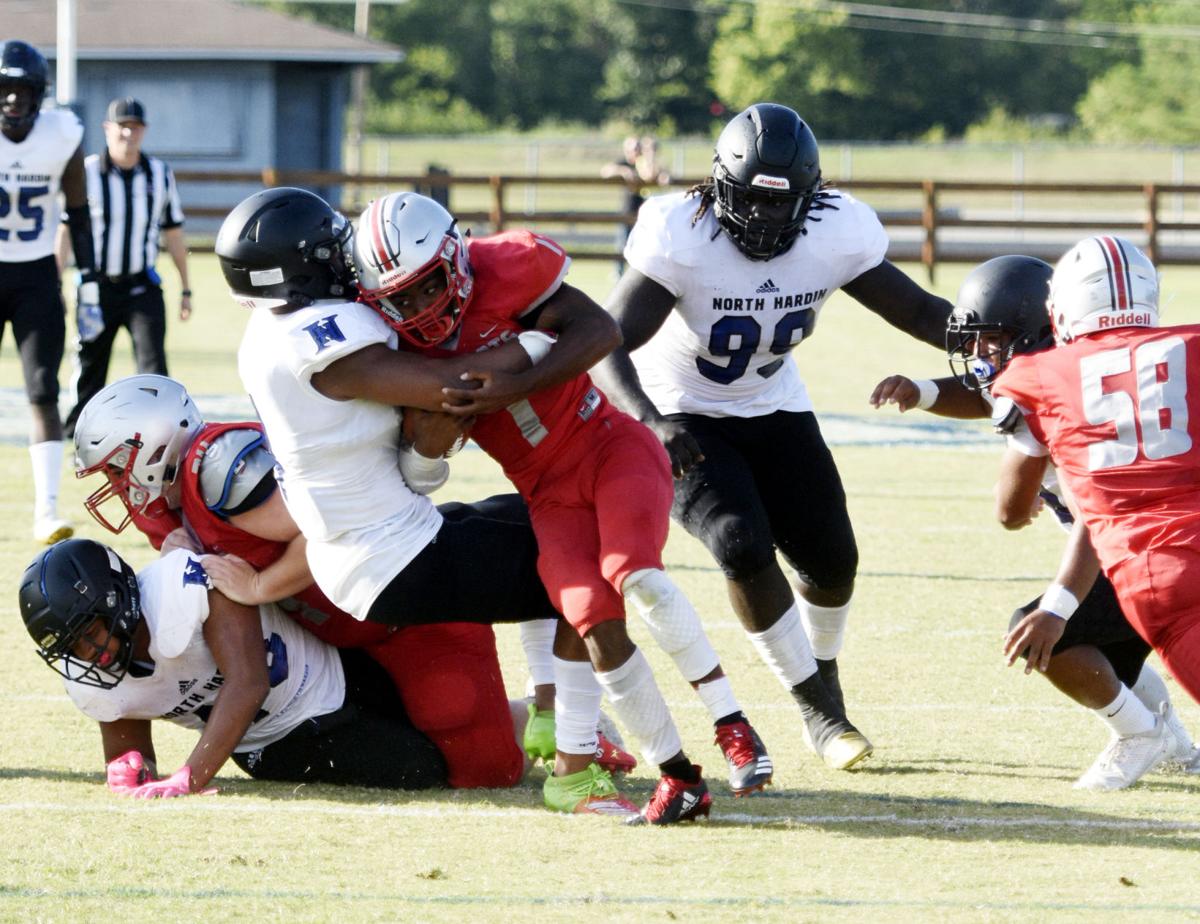 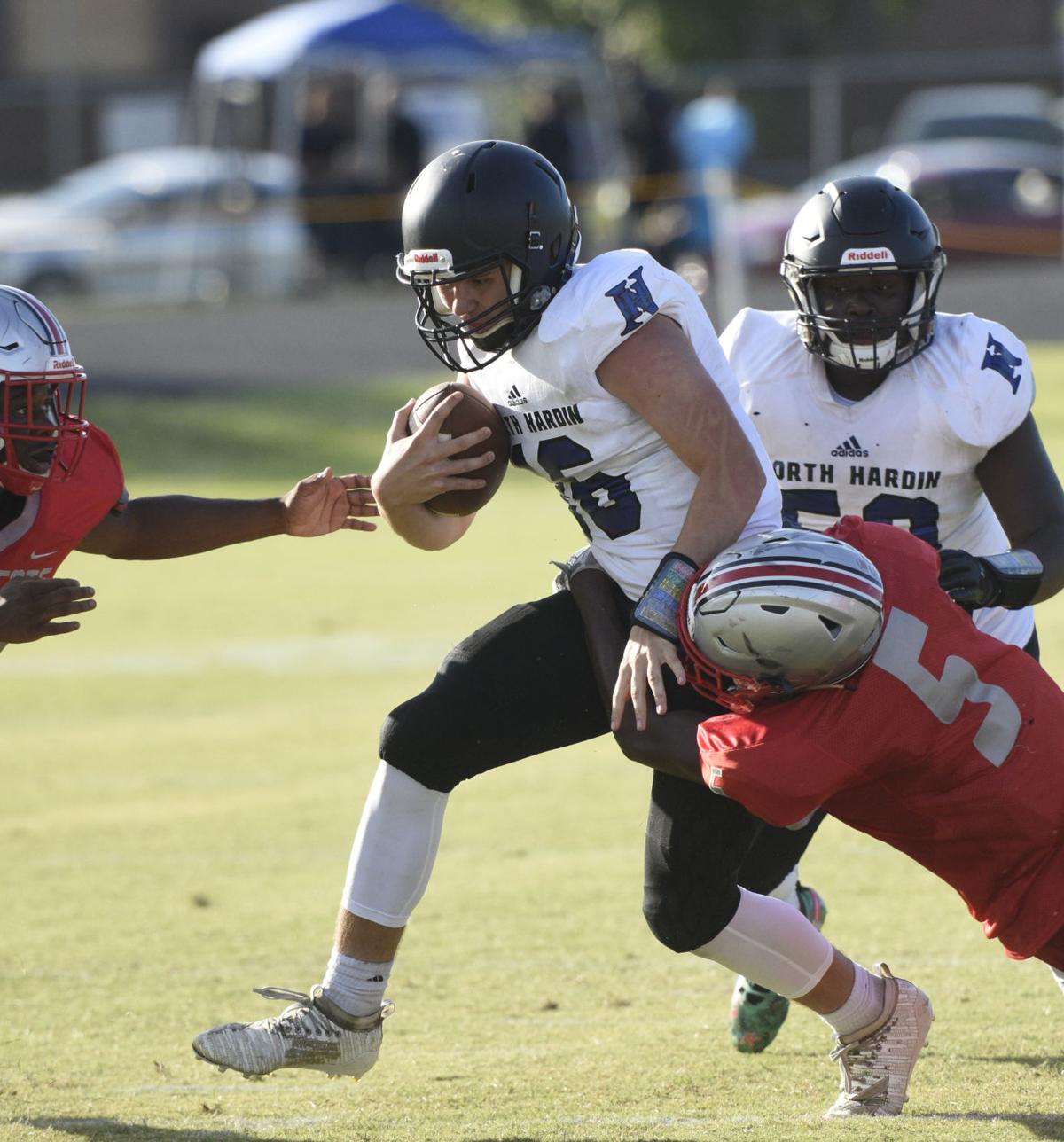 North Hardin’s Marcus Harris is sandwiched between teammate Camron Smith, left, and Ramaj Adams after catching a touchdown pass on the last play of the first half in Saturday’s 48-14 victory over Louisville Waggener at Fairdale High School. MIKE MATHISON/The News-Enterprise

The North Hardin football team started its 2019 season on the right foot, rolling to a 48-14 win over Louisville Waggener on Saturday in the King of the Bluegrass Bowl at Fairdale High School.

Just 66 seconds into the contest, Coleman connected with Moore for a touchdown pass – and Adams’ run-in for the two-point conversion put North Hardin up 8-0 early.

The Trojans doubled their advantage at the 5:16 mark of the first, scoring on Coleman’s second touchdown pass to Harris and using Harris’ two-point conversion to make it 16-0.

Despite having a double-digit lead, North struggled with holding onto the football and committed its third turnover of the quarter, which led Waggener recovering it and returning it for a score and two-point conversion to cut its deficit in half.

Harris reeled in his second touchdown reception from Coleman to lead 24-8 at halftime.

Coleman’s fourth touchdown pass of the night – this one a 60-yard strike to Adams – pushed North Hardin’s advantage to 30-8 before the Trojans recovered an onside kick and Coleman’s fifth touchdown pass sailed through the air to Smith to make it 36-8.

Waggener scored to get within 36-14, but junior running back Lavell Wright scored back-to-back touchdowns on the ground to put the Trojans up 48-14 and seal it.

Wright finished with 175 yards and two scores on 31 carries.

North Hardin travels across town to Elizabeth-town (1-0) Friday for a 7:30 p.m. meeting.