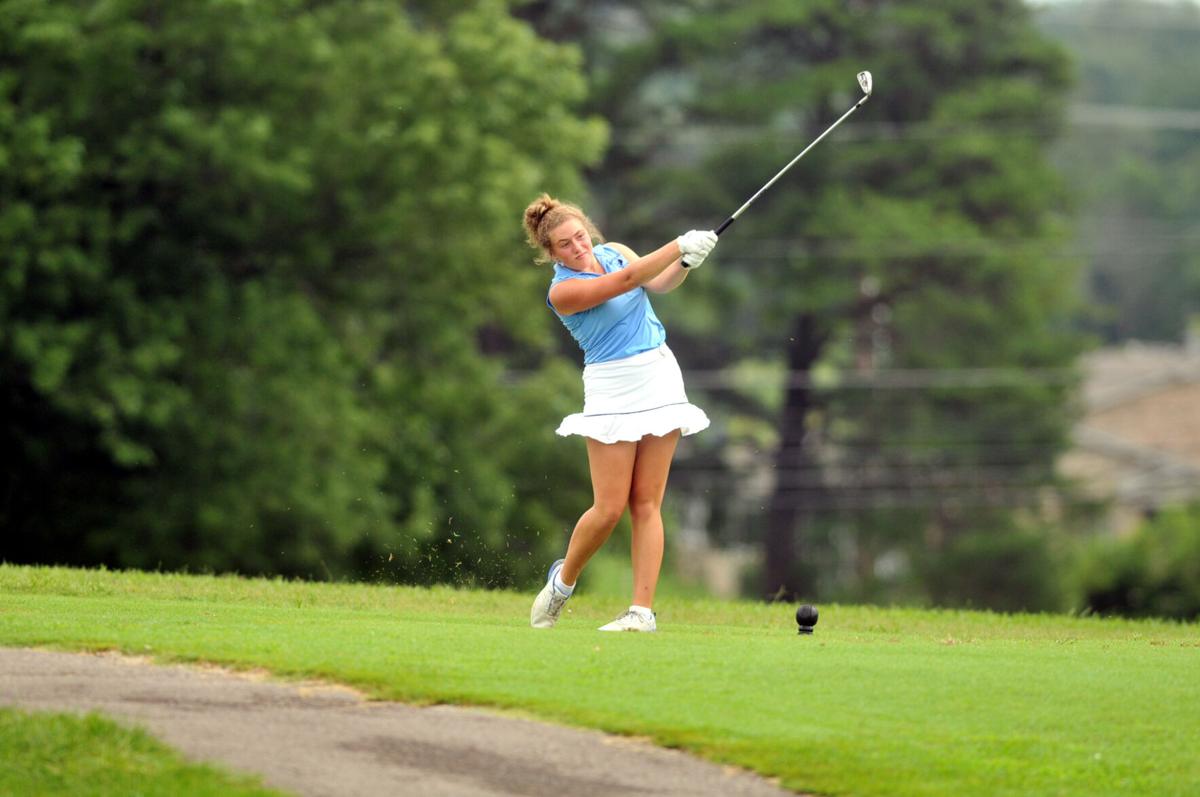 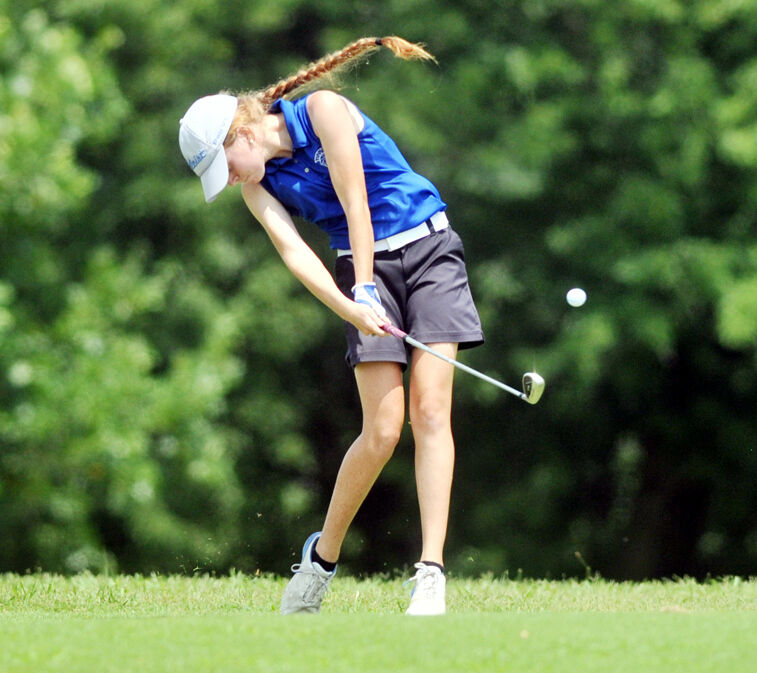 Paige Gray had been waiting a long time for this.

But, in order for it to happen, changes needed to happen in her game.

“It’s exciting. I’ve been waiting a long time to do that,” Gray said of breaking 80 for the first time in early July. “I always felt like I should have done it sooner. Everybody wants to do better each time they play. I was ecstatic to be over the hump that I felt like last year I could never get over.

“I think a little bit it was my mental game. I’ve been working with (ECC head pro) Corey Stith out here and I’m so confident now in my irons. I can hit a bad shot and feel like, ‘I don’t care, that’s never going to happen again in the rest of the round.’ I know I’m gonna hit a good shot with my irons. They’re much better this year and my driver is super consistent, too. Everything is coming together.

“I’m more aggressive now. Usually on chip shots or putts I try to guide the ball and it’ll either go way over the green or come up short. I’ve been ‘just hit it’ and my chipping is phenomenal, too. It’s all kind of going well.”

“Katie and I were playing. We like to have fun and we were having a lot of fun that day,” Gray said. “I kind of had an idea that I was about to do really good, but I didn’t really care what happened. We were just playing.”

A different outlook was born.

“I think last year I was pressuring myself to do what I just couldn’t do mentally at that time. This year I’ve got a different outlook. I’m really excited. I’m gonna play gold in college. I’m kind of looking to the next step and saying, ‘This is my last year. Let’s just have fun. Let’s chill out this year, don’t make such a big deal out of everything.’ I think that’s gonna help me play better ultimately because I’m not gonna freak myself out as much.”

“This didn’t happen today, but lately what’s been stopping me from going lower are the last few holes,” she said. “I generally bogey two or three of my last five holes. I think it’s kind of a fear of going low. Today what got me was I noticed a little bit of my trying to guide it creeping back in. I had some putts that weren’t very good. At 14 I hit the green in two and I hit a really bad put and three-putted. It’s little things like that.

“If I can stop those from happening, then I can hopefully get down around par.”

You can’t be afraid to go low in golf and that’s not an easy thing to learn.

“I almost don’t know how to learn it,” Gray admitted.

She hasn’t gone through this struggling by herself and only talking to herself.

“And my dad,” she said. Paul Gray is also the Central Hardin golf coach. “There’s been some personal stuff in my life that I can kind of compare golf to a little bit. The last few months have been a time to look at myself and go, ‘First of all, is golf really the most important thing in the world?’ And also,m just kinda say, ‘I need to relax.’

“I think golf was getting to the point where it almost wasn’t fun anymore. I’ve had a lot of fun with Corey and Katie and my teammates in the last few weeks. I think that’s been another part of it, just realizing that you can have fun playing golf. It’s not the end all, be all. Last year I thought an 83 was a failure. My attitude was awful last year.

“I’m just happy to have a better attitude, honestly.”

And that begins on the tee box of every hole.

“I’m a senior this year and now just getting it together.”

p North Hardin sophomore Ella Scherer birdied the first three holes and then settled for a 76, which tied for ninth. The Lady Trojans’ total of 376 was 10th. Hailey Coleman shot 82, Gabrielle Childers 96 and Mallory Matthews 122.

p Sacred Heart was the team title with a 317, 11 better than Glasgow. South Warren and Pulaski County tied for third at 329.

He chipped in on the 10th hole for eagle to put him at 8-under and he finished with a 9-under 63 to win individual honors.

Gabe Graham, Seth Holdbrook and Sawyer Hess each shot 94 while Caleb Young had 102.