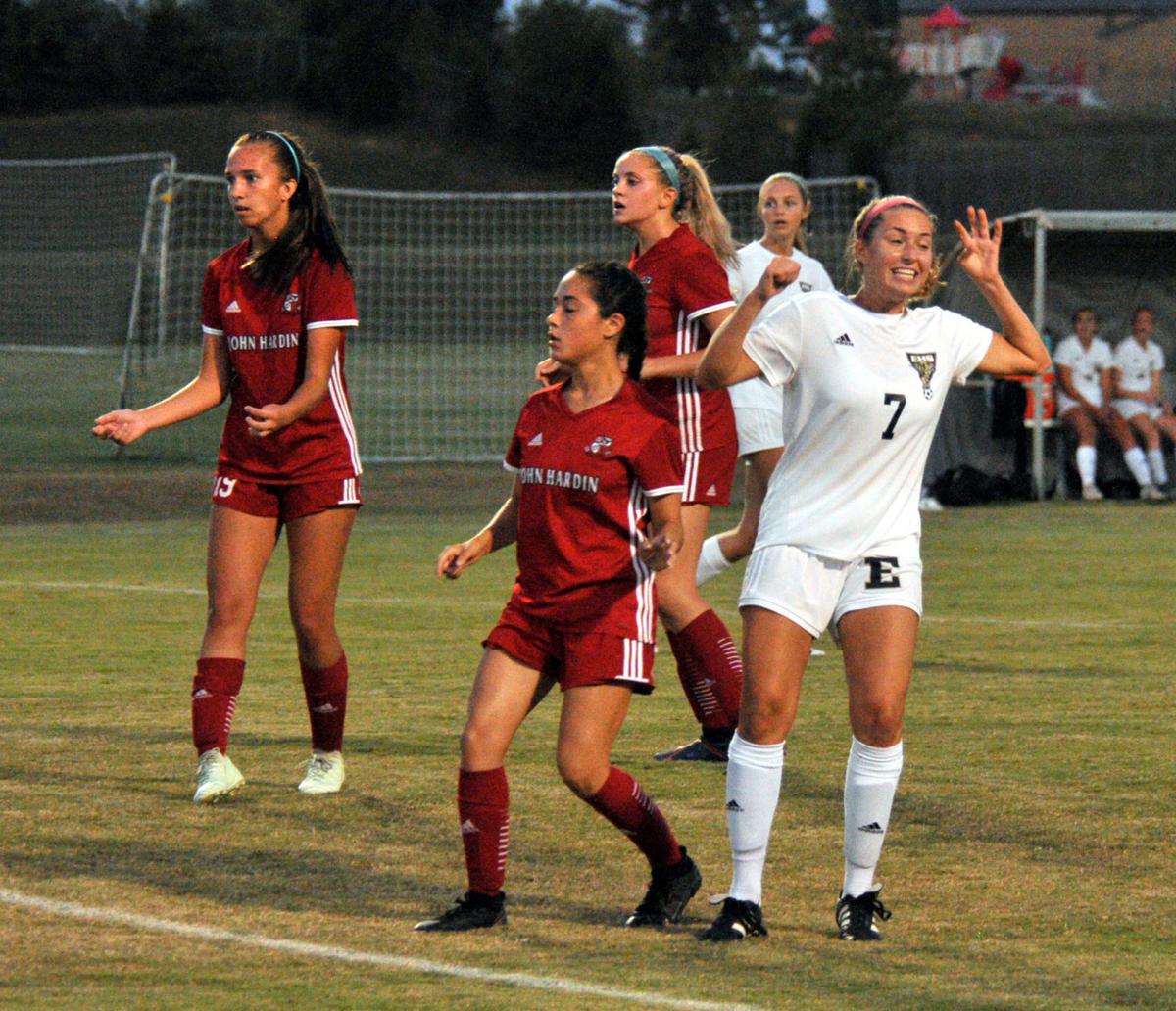 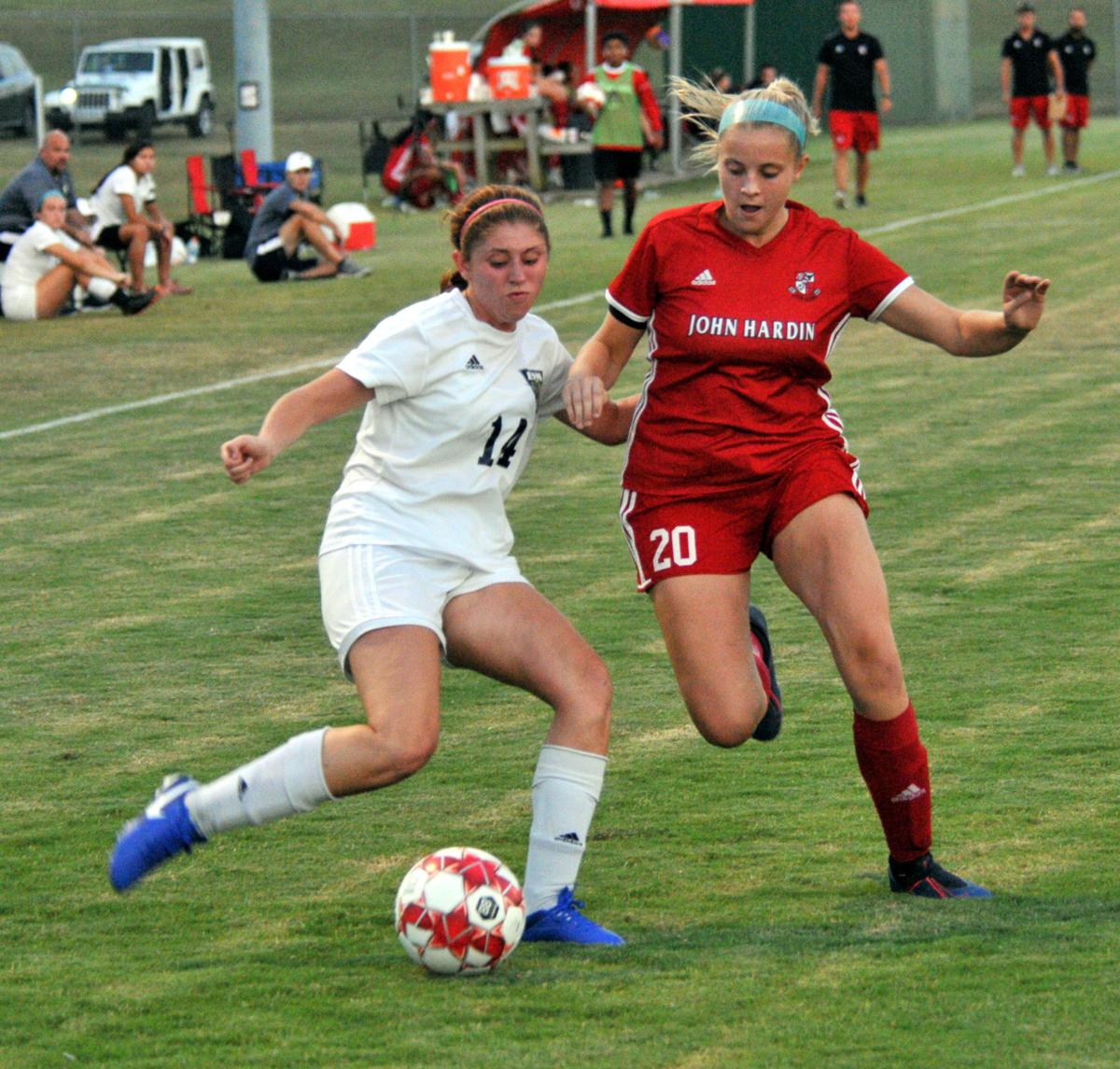 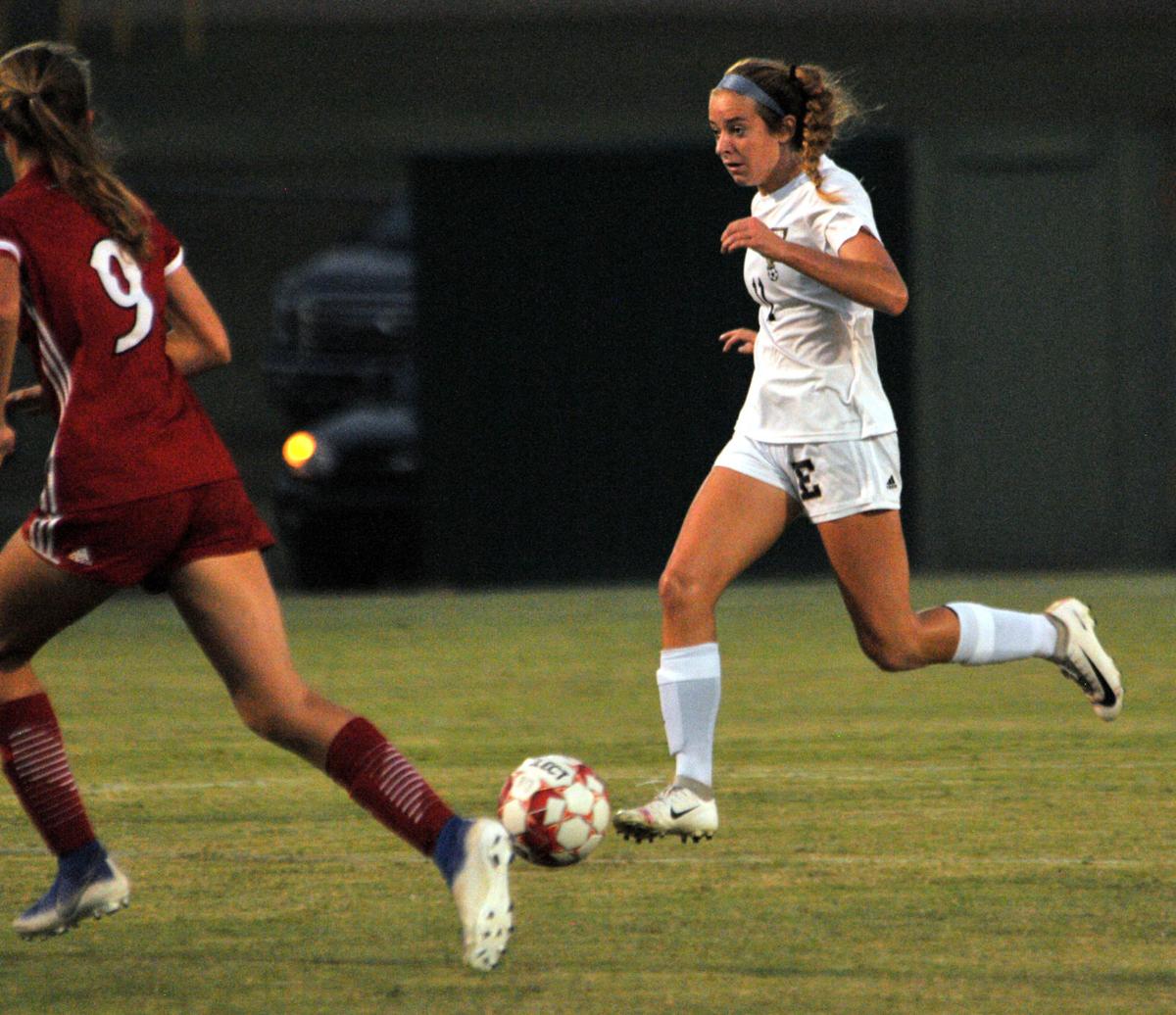 “We controlled the second half and limited their attacks to only longer free kicks that were sent in,” Lady Panthers coach Pat Black said.

“Our two center-mids — Ella Durbin and Josie Kremzar — were very efficient and connected to control our midfield and develop attacks,” Black said.

Kremzar scored her second in the second half to complete the scoring off an Ella Durbin pass.

“We had some good things come from tonight and we will build on it,” Lady Bulldogs coach Erik Krivitsky said. “Always disappointed to be on the losing end, but we have no choice but to improve going forward. Hats off to Coach Black and what he’s done with his group.

“We are back at it tomorrow to get ready for a tough weekend in Gatlinburg.”

“We competed very well,” Lady Trojans coach Chris Smith said. “We played very well in the second half and considering we’re still working off a red card and still dealing with a couple of injuries, to accomplish a 1-1 second half is positive for us.

“Bardstown is a very talented team. They are very good.”

Kamryn McFayden scored off a Madison Parker assists in the second half.

Keeper Riley Thompson made 18 saves, including a penalty kick.

CENTRAL HARDIN 2, LOU. MERCY 1. The Lady Bruins won their sixth straight game, the second over a Louisville school in the Bulldog Cup. They topped Eastern, 3-2 on Monday.

Central Hardin (7-3) competes in the Smoky Mountain Cup Saturday and Sunday in Gatlinburg, Tennessee. It plays White Station (12:45 p.m.) and Stewarts Creek (6 p.m.) Saturday and has a 9:30 a.m. game on Sunday.

FORT KNOX 2, BRECKINRIDGE COUNTY 2. The Lady Eagles scored their most goals in a game since the season opener.

Herter has six of the Lady Eagles’ eight goals this season.

BULLITT EAST 3, MEADE COUNTY 1. The Lady Waves are 0-2-1 in their last three outings.

NORTH HARDIN CHRISTIAN 3, TRINITY 0. The Falcons were shut out for the second straight contest.

CAMPBELLSVILLE DEF. FORT KNOX 25-3, 25-18. The Lady Eagles lost in straight sets one night after picking up their first win of the season.

In the win, Deviana Walker had nine aces and Allyssa Palacios seven.