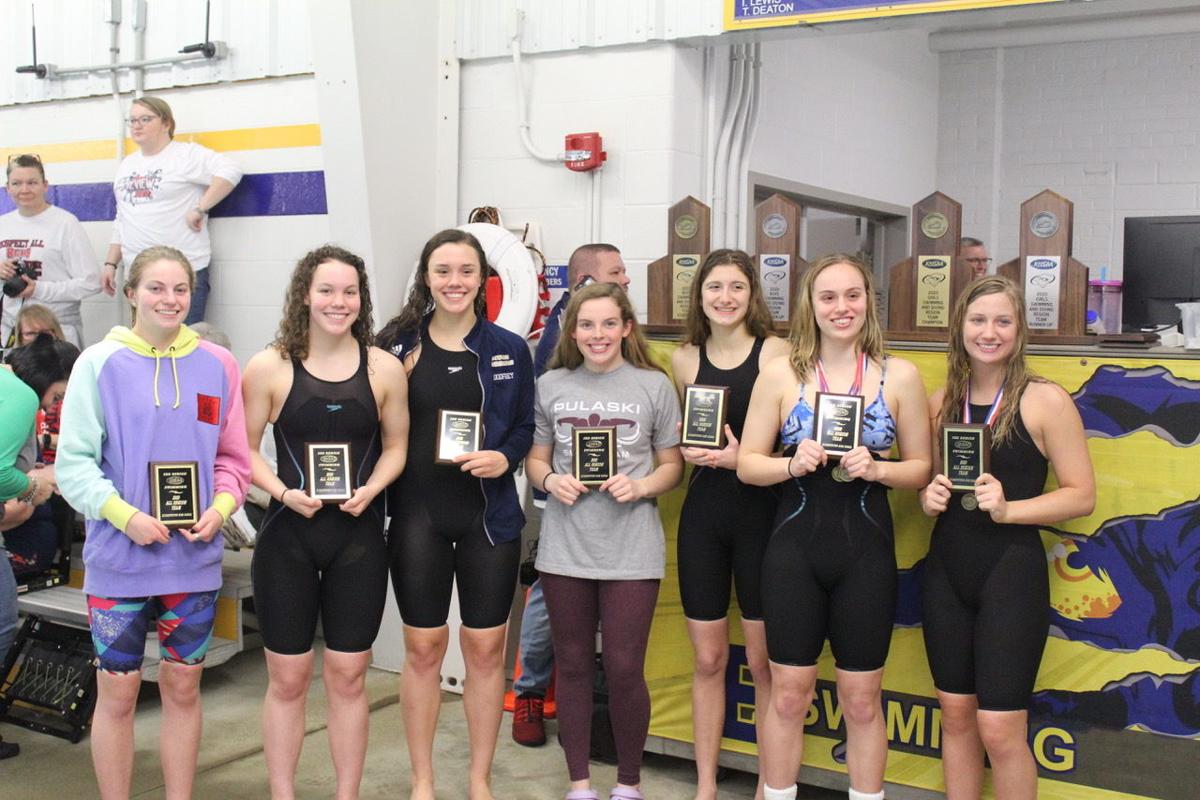 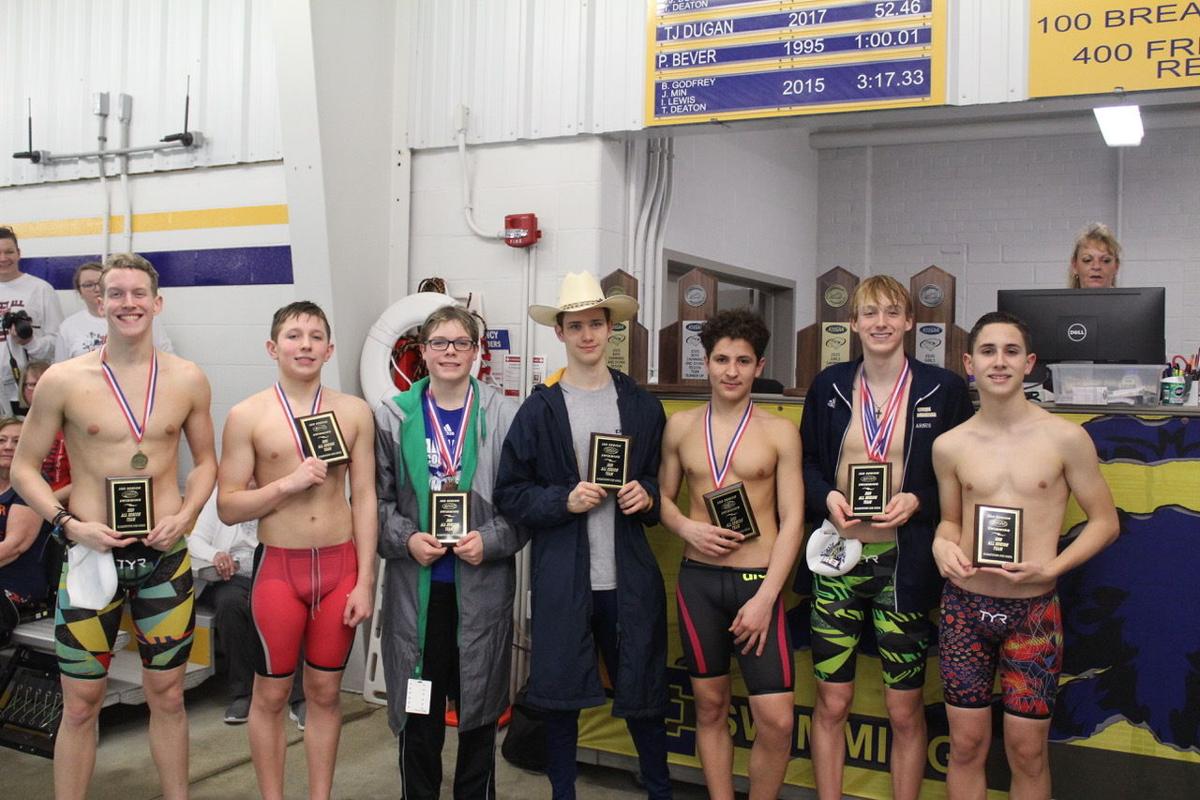 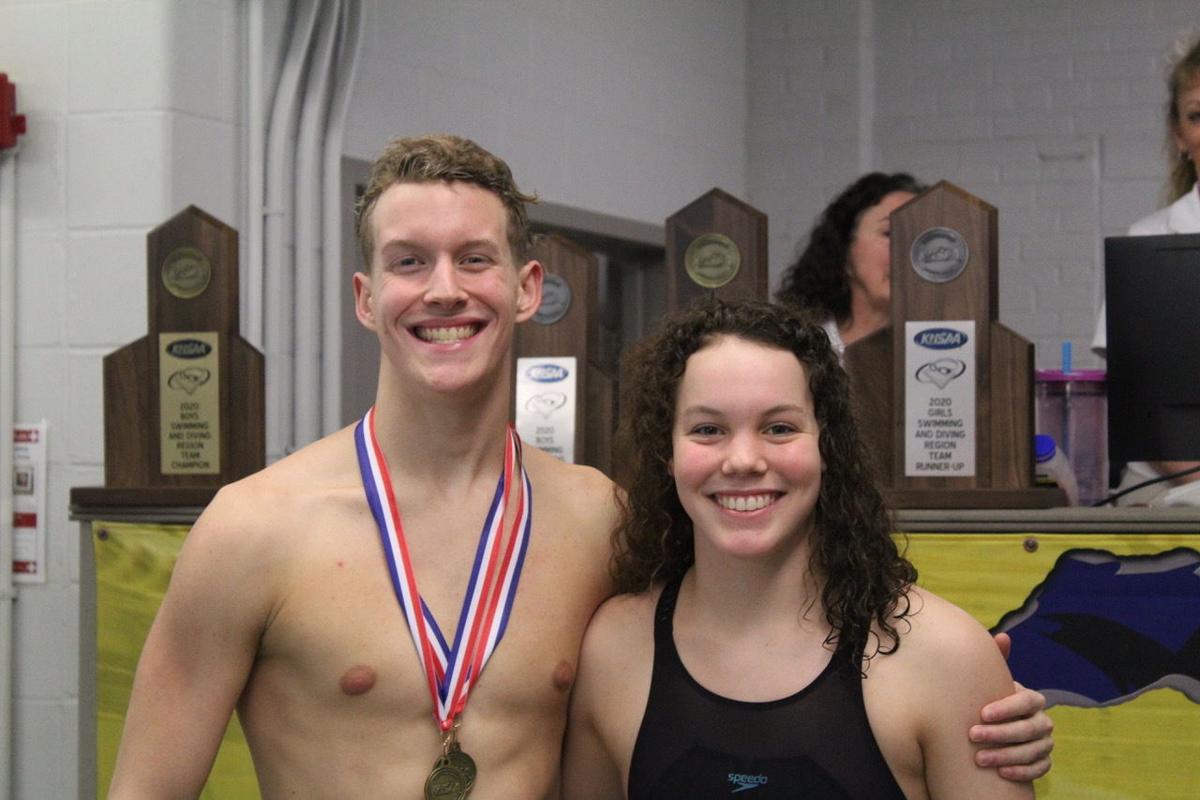 Above, Elizabethtown’s Hayes and Lauren Godfrey were named the Region 3 Swimmers of the Year.

Above, Elizabethtown’s Hayes and Lauren Godfrey were named the Region 3 Swimmers of the Year.

And Lauren Godfrey was a combination of both.

Those three swimmers combined for six individual titles and contributed to four relay victories Saturday at the Region 3 Swimming and Diving Championships.

“I had never been in this position, so I didn’t really know what to expect,” said Godfrey, who held off a talented field to take first-place swims in the 100 fly and 100 free at T.K. Stone Middle School. “I had the best times going into the finals, so I knew the other girls were going to come at me.”

Godfrey, who was named the Region Swimmer of the Year, earned her victories the hard way, in back-to-back races with little time to rest.

“Surprising? No. Impressive? Yes,” said Chase Simmons, Elizabethtown’s first-year coach said of Godfrey’s efforts. “She came in as the top swimmer in the region and that’s the way she left.”

“I was nervous, but I think that nervousness made me swim faster,” added Godfrey, a freshman competing in her first high school season who helped lead the Lady Panthers to a first-place team finish with 441 points.

Nerves weren’t a problem for Webb, a North Hardin senior who thrilled the packed natatorium with wire-to-wire victories in the 50 free (23.04 seconds) and 100 free (50.58 seconds).

Webb was propelled by a season filled with self-confidence and helped the Trojans to a fourth-place team finish.

“Up until two years ago, I never won a meet or considered myself to be a serious swimmer,” Webb said. “But things clicked last year. I started winning. When I won at region that boosted my confidence. I just wanted to build off that this year.”

Hayes is another swimmer who built on the success of last year and his two events were among the most impressive of the day.

He set a region record in the 200 free with a time of 1:39.20 and lapped the field to lead an Elizabethtown sweep in the 500 free as the Panthers won the team title with 429 points.

Not bad for a sophomore who battled the flu two weeks ago.

“The flu kinda took a lot out of me and I didn’t get the time I needed in the water,” said Hayes, who won the 200 free by almost 15 seconds and the 500 free by 45 seconds. “But the first time I got back in the water this week, I was feeling good.”

Hayes actually swam faster in the 200 free preliminaries on Friday, an indicator of better things to come in the finals.

“Most of it was just muscle memory,” added Hayes, who won the Region Swimmer of the Year award. “I got myself in the right frame of mind and let my body do what it does. It feels good whenever you can put your name next to a region record.”

Individually, the gold medals were nice, but ask Godfrey, Webb or Hayes and they will tell you contributing to the team cause was the most important part of the region meet.

“Thomas is a team-first young man,” said North Hardin coach Sharon Garcia. “I am happy for what he has done individually, but I am happier for everything he has done to make our entire team better.”

Here is a look at the other local swimmers who contributed to their team efforts. The top two finishers qualified for the State meet in two weeks. Other individuals and relay teams could fill at-large spots based on time.

“It wasn’t a flawless meet, but it was close” Simmons said. “We wanted to dominate and I felt we did our best to do that.”

CENTRAL HARDIN. The Lady Bruins finished third with 236 points and started the finals with a victory in the 200 medley relay with a time of 1:59.35.

ELIZABETHTOWN. The 200 medley relay team started with a first-place time of 1:41.88.