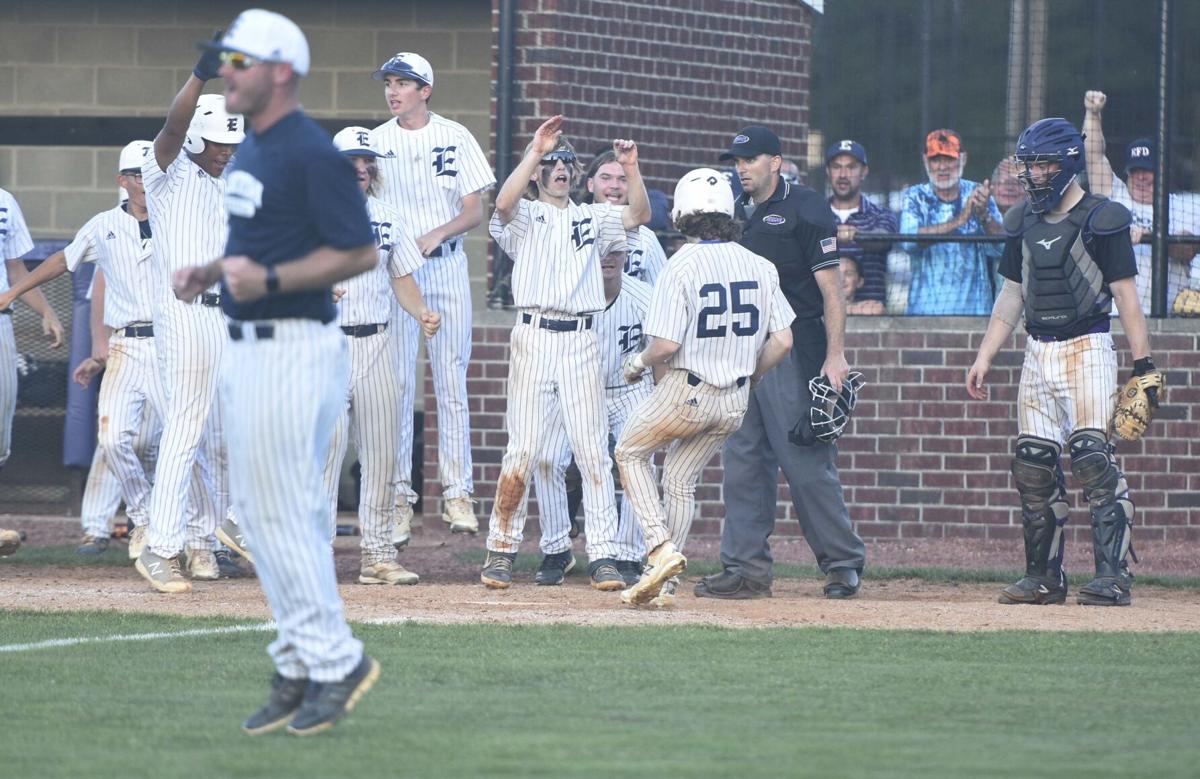 Elizabethtown's Ryder Gregory is greeted by teammates at the plate after coming home for the winning run Monday evening in the 5th Region Tournament title game. The Panthers defeated Bardstown 4-3 on a walk-off. 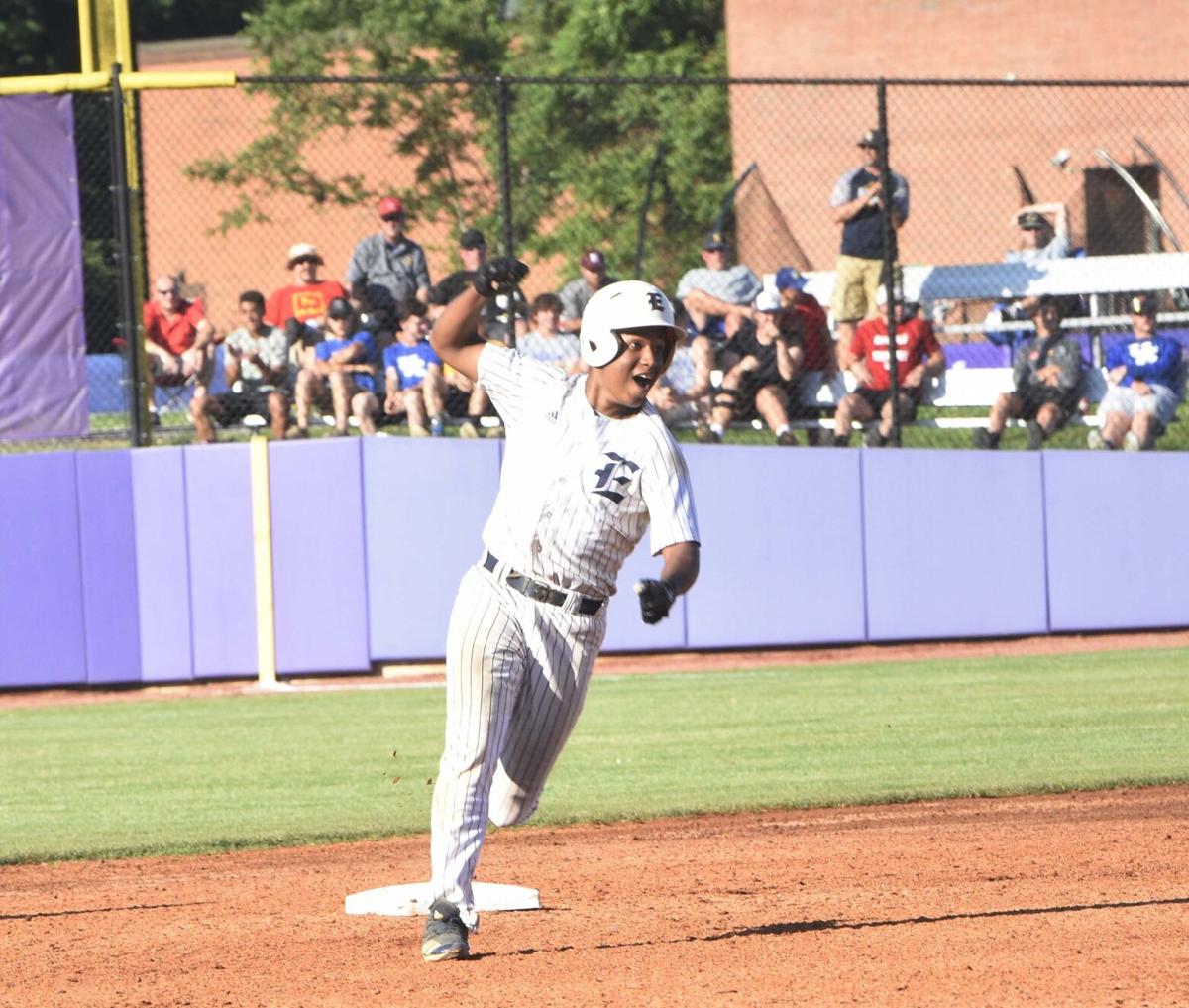 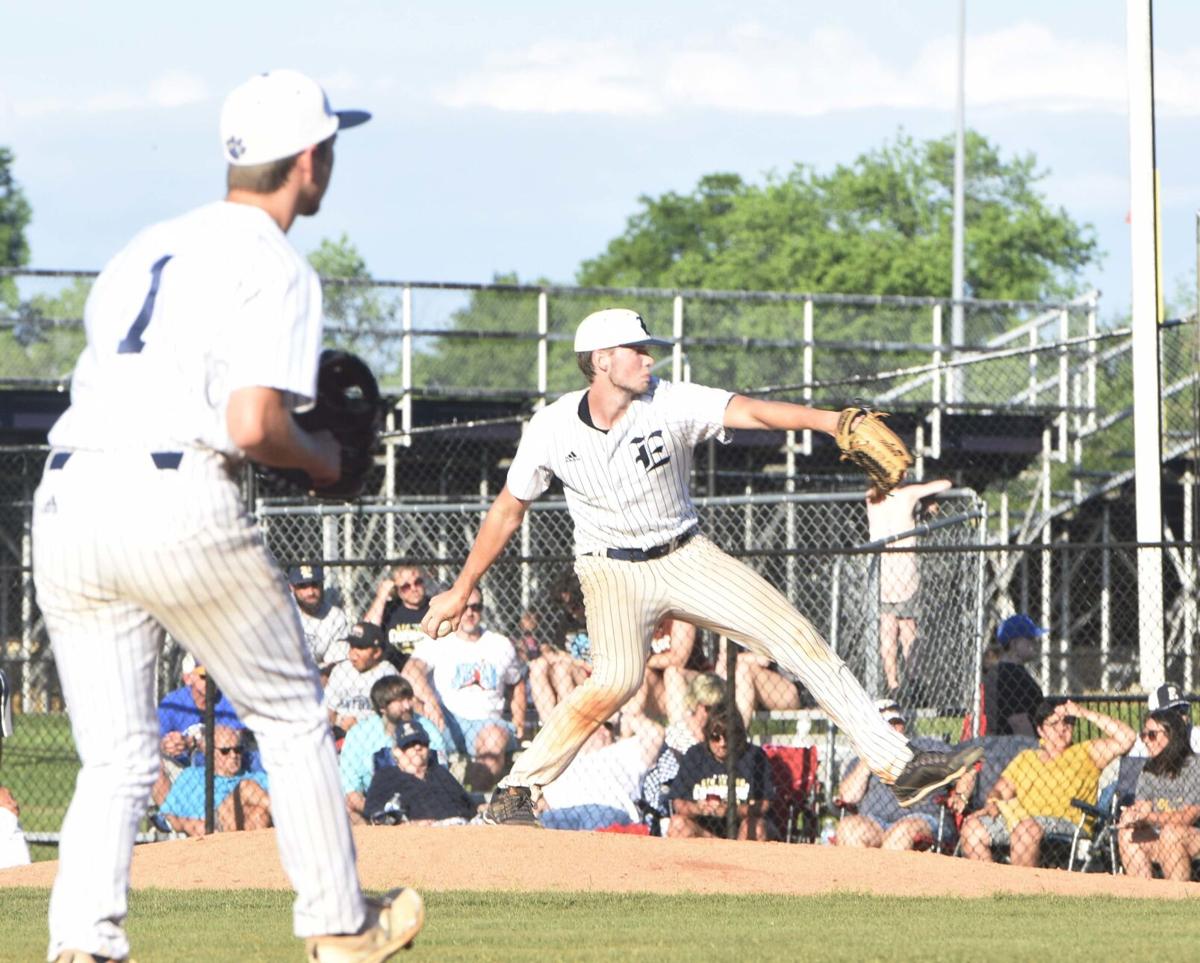 Caleb Adams on the mound for the Panthers Monday in the 5th Region title game against Bardstown. Adams pitched a complete game, striking out eight in the victory.

Elizabethtown's Ryder Gregory is greeted by teammates at the plate after coming home for the winning run Monday evening in the 5th Region Tournament title game. The Panthers defeated Bardstown 4-3 on a walk-off.

Caleb Adams on the mound for the Panthers Monday in the 5th Region title game against Bardstown. Adams pitched a complete game, striking out eight in the victory.

The senior had given the Panthers their first run in the bottom of the first inning with a solo homer to break a scoreless tie. By the bottom of the seventh, the game was tied again at 3-3 when Brown came to the plate with the go-ahead run on base.

“This whole tournament since districts and now regions, I haven’t been bearing up the ball pretty well. I wanted to come back and support the team and come up really big,” Brown said. “They all said I could do it, so I had to show it to them.”

Brown delivered, nailing a line drive to center field for a double and sending Ryder Gregory home from second base to give Elizabethtown a walk-off 4-3 victory over the tournament-host Tigers.

“My boy Jacob Moberly came up and said ‘Ryder gets on second, it’s all you. You’re gonna be the one to hit him in. Not (Camden Williams), not (Moberly), not (Caleb Adams). It’s gonna be you.’,” Brown said. “So I get up on that plate, I saw a fastball coming after I took those other two pitches and thought this was the pitch to hit.”

That game-winning hit was the latest moment in a program turnaround that has seen Elizabethtown go from a 9-21 record with a 17th District Tournament first-round exit in 2019, to a lost season in 2020 due to the pandemic, to a region championship in 2021. The Panthers’ record currently stands at 24-14 following Monday’s region title victory.

“This one’s sweet. Those seniors, they’ve been through a lot,” Elizabethtown coach Chase Greenwell said. “They lost a season last year and for them to turn a single-win season into a 20-plus win season and a region championship, it’s just sweet to see them see the work pay off and reap the rewards.”

Down by one after Brown’s dinger, the first of his high school career, Bardstown answered in the top of the third inning with the tying run.

The score remained 1-1 until the bottom of the fourth, when Elizabethtown added a run from Moberly on a double from Adams. Later that same inning, Gregory connected on a ground ball and reached first base on an error, driving in Anthony Bowen, Adams’s courtesy runner, in the progress to make it a 3-1 game.

The newly reacquired lead didn’t last long, as Bardstown answered with a pair of runs in the top of the fifth to bring both teams to three on the evening.

After keeping Bardstown from adding a run in the top of the seventh, the Panthers made sure they wouldn’t need extras in the bottom of the inning with Brown’s game-winning RBI.

“I think this is an amazing opportunity for us. Last year, we were gonna come back as juniors on a rocky season our sophomore year,” Brown said. “Since we didn’t have a season last year, we had to put all that momentum and energy into this season.”

On the mound, Caleb Adams pitched a complete game, finishing with eight strikeouts and giving up nine hits, three runs and a walk over all seven innings.

“We’ve been saying from the beginning that we wanted this region. I remember one of our first practices, coach Greenwell said everyone thought Bardstown was unbeatable,” Adams said. “Our last season we had before COVID, we had nine wins total and we turned around and won the region. We worked really hard all year. We’ve been grinding since January, February. It just feels really good to have all the hard work pay off.”

At the plate, Elizabethtown finished with eight hits, including two each from Brown and Moberly. Brown had two of the team’s four RBIs.