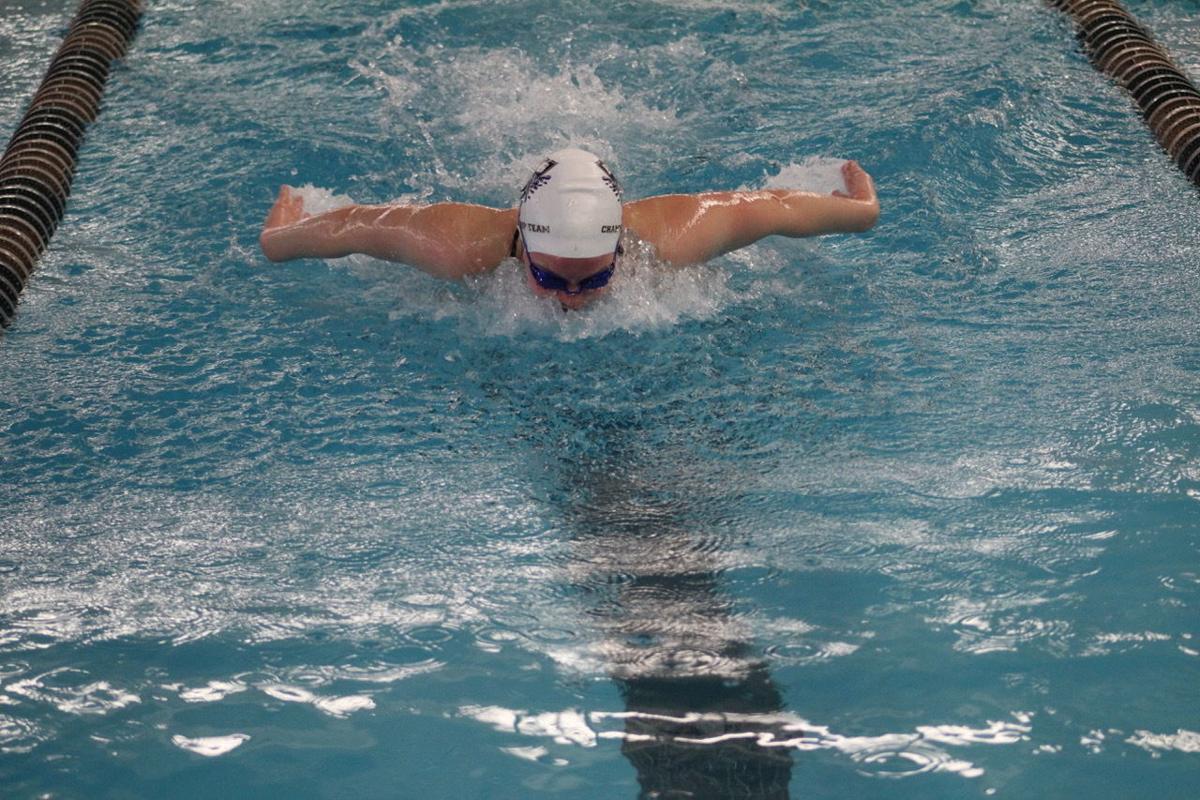 Elizabethtown’s Lauren Godfrey wins the 100 fly during the Region 3 Championships at T.K. Stone two weeks ago. 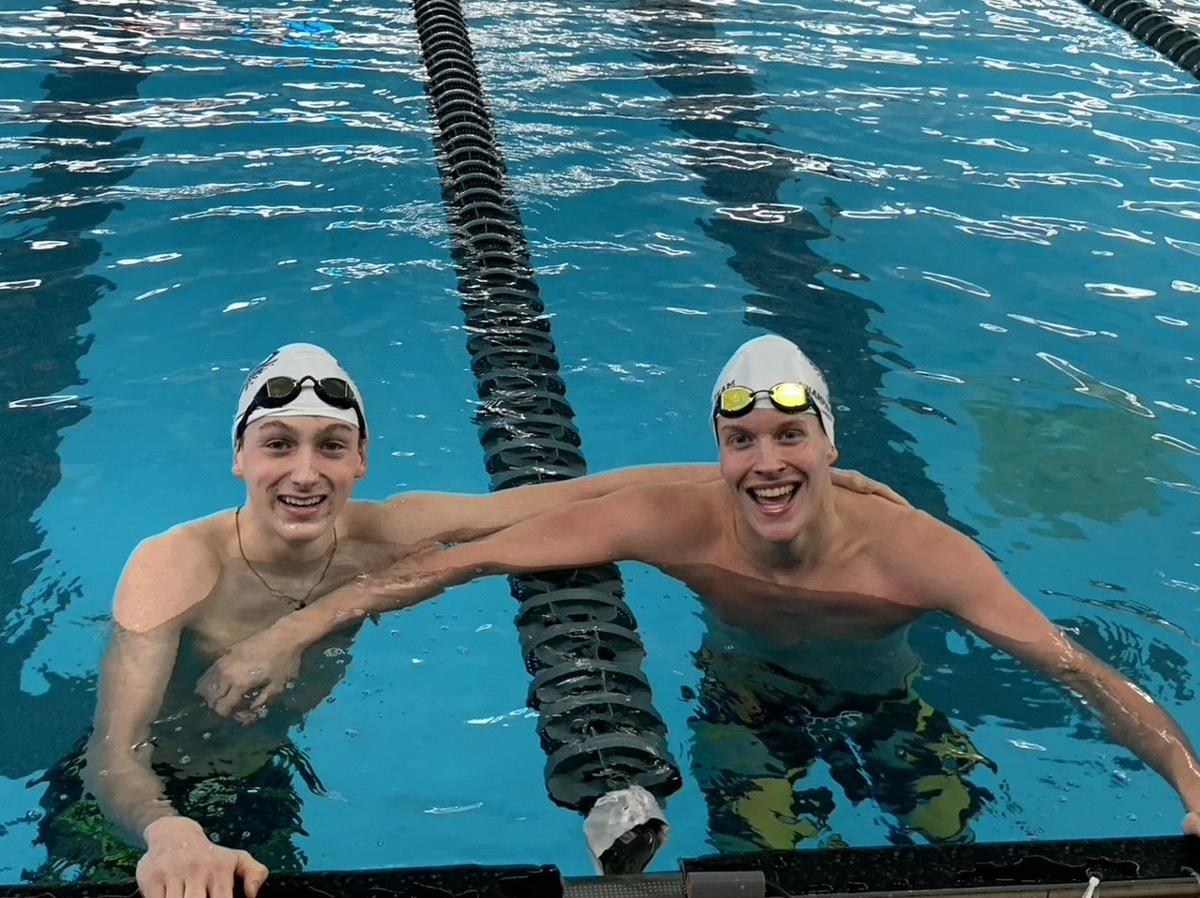 The Panthers’ John Hayes, right, and Matthew Barnes finished 1-2 in the 200 free at the region meet. The KHSAA Swimming and Diving Championships are today and Saturday at the University of Kentucky. 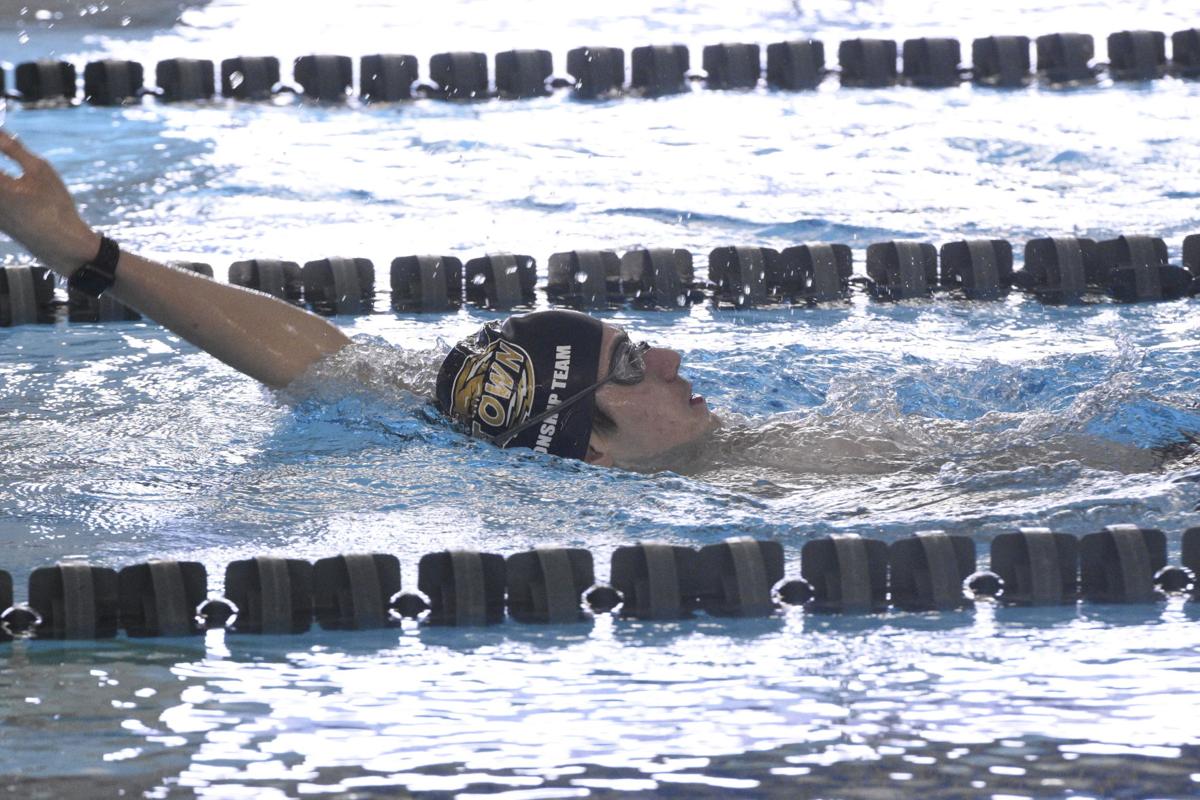 Elizabethtown’s Triston Edmunds swims the backstroke during practice in preparation for the KHSAA State Swimming Championships today and Saturday at the University of Kentucky’s Lancaster Aquatic Center. 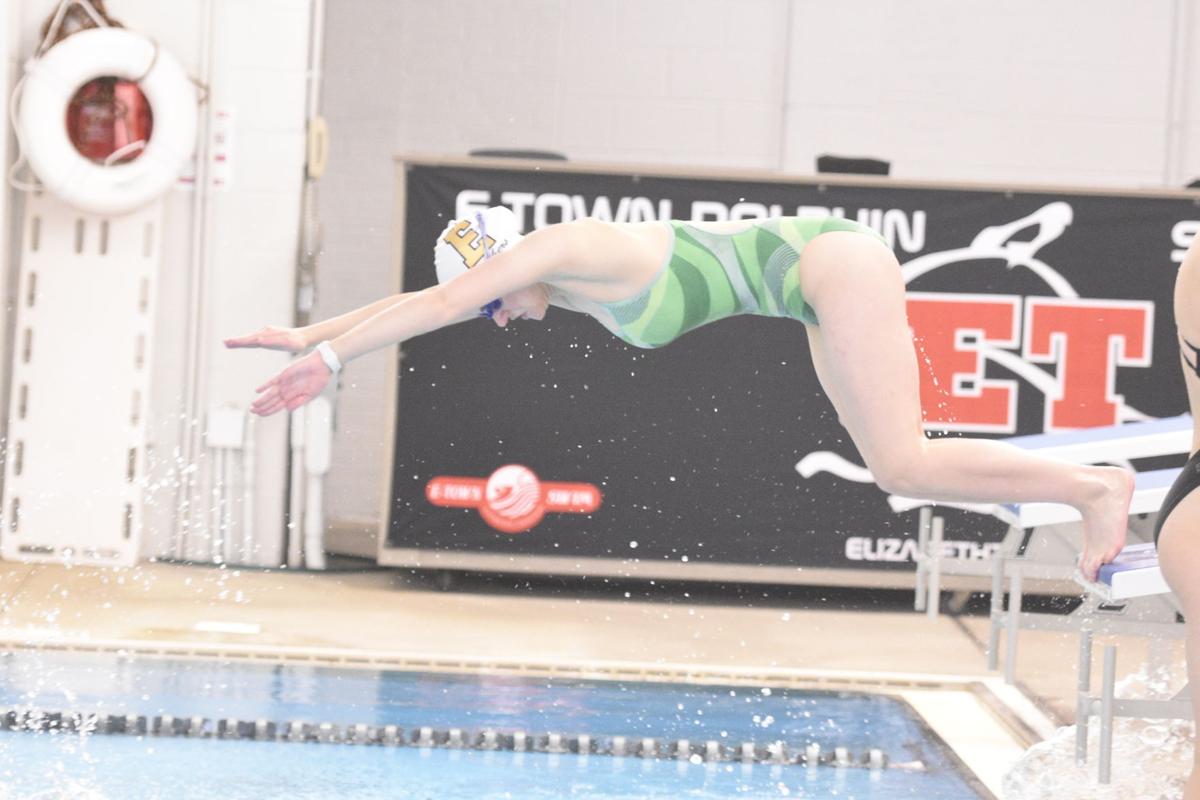 Elizabethtown’s Megan Raney dives into the pool during practice in preparation for the KHSAA State Swimming Championships today and Saturday at the University of Kentucky’s Lancaster Aquatic Center.

Elizabethtown’s Lauren Godfrey wins the 100 fly during the Region 3 Championships at T.K. Stone two weeks ago.

The Panthers’ John Hayes, right, and Matthew Barnes finished 1-2 in the 200 free at the region meet. The KHSAA Swimming and Diving Championships are today and Saturday at the University of Kentucky.

Elizabethtown’s Triston Edmunds swims the backstroke during practice in preparation for the KHSAA State Swimming Championships today and Saturday at the University of Kentucky’s Lancaster Aquatic Center.

Elizabethtown’s Megan Raney dives into the pool during practice in preparation for the KHSAA State Swimming Championships today and Saturday at the University of Kentucky’s Lancaster Aquatic Center.

Months of hard work inside and outside of the pool culminates for swimmers and divers across the state at the KHSAA Swimming and Diving Championships in Lexington.

Starting with the diving championships Thursday, the girls’ championships today and the boys’ championships Saturday, all participants are chasing something. This could range from placing in an event, to hitting a personal record or anything in between.

Elizabethtown swimming is no different as it prepares for the competition it will face at the University of Kentucky’s Lancaster Aquatic Center.

This is first-year Elizabethtown coach Chase Simmons’s initial trip to the championships at the helm of the program.

The Panthers and Lady Panthers head to Lexington with some momentum behind them.

Hosting the Region 3 Swimming and Diving Championships at T.K. Stone Middle School two weeks ago, Elizabethtown took the team title with 429 points. It may be the team’s last event this season, but Simmons isn’t letting that get to him or the swimmers. They’ve been working to treat it as just another meet on the schedule.

“We’ll have some good events, we’ll have some bad events like every meet,” Simmons said. “I’m just gonna take it as it goes. The goal’s always to be better than last year, so that’s the only goal I really have.”

The team has multiple swimmers competing in individual and relay events this weekend. Among those is John Hayes, who’s shooting for a title or two in the 200 free and 500 free.

At last year’s state championship, Hayes won the 500 free as a freshman and took third place in the 200 free. If his region performance is any indication, he looks ready to run it back this time around.

The sophomore took first place in both events at Region. In the 200 free, Hayes didn’t just win. He set a region record with a time of 1:39.20. This effort led to him being named the boys’ Region Swimmer of the Year.

Hayes said a large source of this success is his desire to always leave it all out there for his team.

“I’ve been pushed by my family and they’ve helped me a lot on my road to where I am right now, but also my teammates,” Hayes said. “When we swim these big high school competitions every point that we score counts so it’s not an individual sport like many people would think. We’re swimming for every one of our teammates and at State we’re swimming to represent our school proudly.”

While there will be strong competition Saturday, Hayes has his strategy for both races mapped out.

“For the 200 freestyle it’s very simple, it’ll be my goal just to get off the block first and swim strong and consistent ahead of the field,” Hayes said. “For the 500 freestyle I’ll be racing the preliminaries next to the top racer and that’s good for the finals because I’ll be able to race him better the second time and fight to get my hand on the wall first.”

Accomplishing all of this as a sophomore has Simmons convinced Hayes has only scratched the surface of what he could do by the time his high school career is complete.

“He’s got some pretty high goals, not just for this year but for later down the road. Going for some titles, going for some records,” Simmons said. “He’s a very motivated individual and if he keeps up the hard work I don’t see why he can’t reach them.”

On the girls’ side, Elizabethtown’s state qualifiers include freshman Lauren Godfrey. Today she will be competing in the 100 fly and 100 free.

Since qualifying, Godfrey has focused on her turns and transitions to improve her speed. With greater speed comes lower finishing times and hopefully new personal records.

“I’m excited. I’m a little nervous, but I know that we’re all gonna do well because we’ve worked for it this season,” Godfrey said. “I just want to try to drop in my 100 fly and work on my turns and in the 100 free I’m just gonna try to drop and do whatever I can to go as fast as I can.”

“I was working on those times for a lot, because I was breaking the time barrier between 58 and 54,” Godfrey said. “It was awesome.”

This effort helped Godfrey claim another title Feb. 8 in addition to the two events. She also was named the Girls’ Region Swimmer of the Year.

Godfrey said it took a little while for that honor to sink in.

In addition to new personal records, Godfrey is shooting for a top-eight spot.

Similar to Hayes, Simmons said the skill she’s already developed at a young age could make her a contender down the road.

“I think Lauren has a shot,” Simmons said. “She’s only a freshman, so it would be nice to see what she can do in the years to come.”

Elizabethtown is well-represented on the relay side as well. Groups including the boys’ 200 medley team have been preparing to capitalize on their previous Region success this weekend.

“We’re feeling good,” breaststroke swimmer Brady Koval said. “If everyone can get a good race then I think we should be fine placing top 8.”

The group has focused on its starts and perfecting its transitions. Communication also has been important to ensure team cohesion once they get in the pool.

Since the medley consists of four different strokes, each swimmer has also focused on their leg of the race.

“My stroke count, I just want to get that a little lower,” butterfly swimmer Triston Edmonds said. “I want to get more power into my stroke and I think I’ll do good.”

At Region, the group took first place overall with a time of 1:41.88. With this finish, the team set a new personal record by six seconds. Koval said they also came about one second shy of breaking the school record.

“That felt really good,” Edmonds said. “I feel like it gives us a goal to shoot higher because we know what we can do.”

With the 200 medley school record within reach, this will be a driving force for the team Saturday.

The record is one of many goals the relay team has this weekend, as with the rest of the Elizabethtown team as a whole.

“We really want top eight, we really want to get that medal,” Koval said. “We want to score for the team, we want to place top 16 in overall team scores for guys this year.”