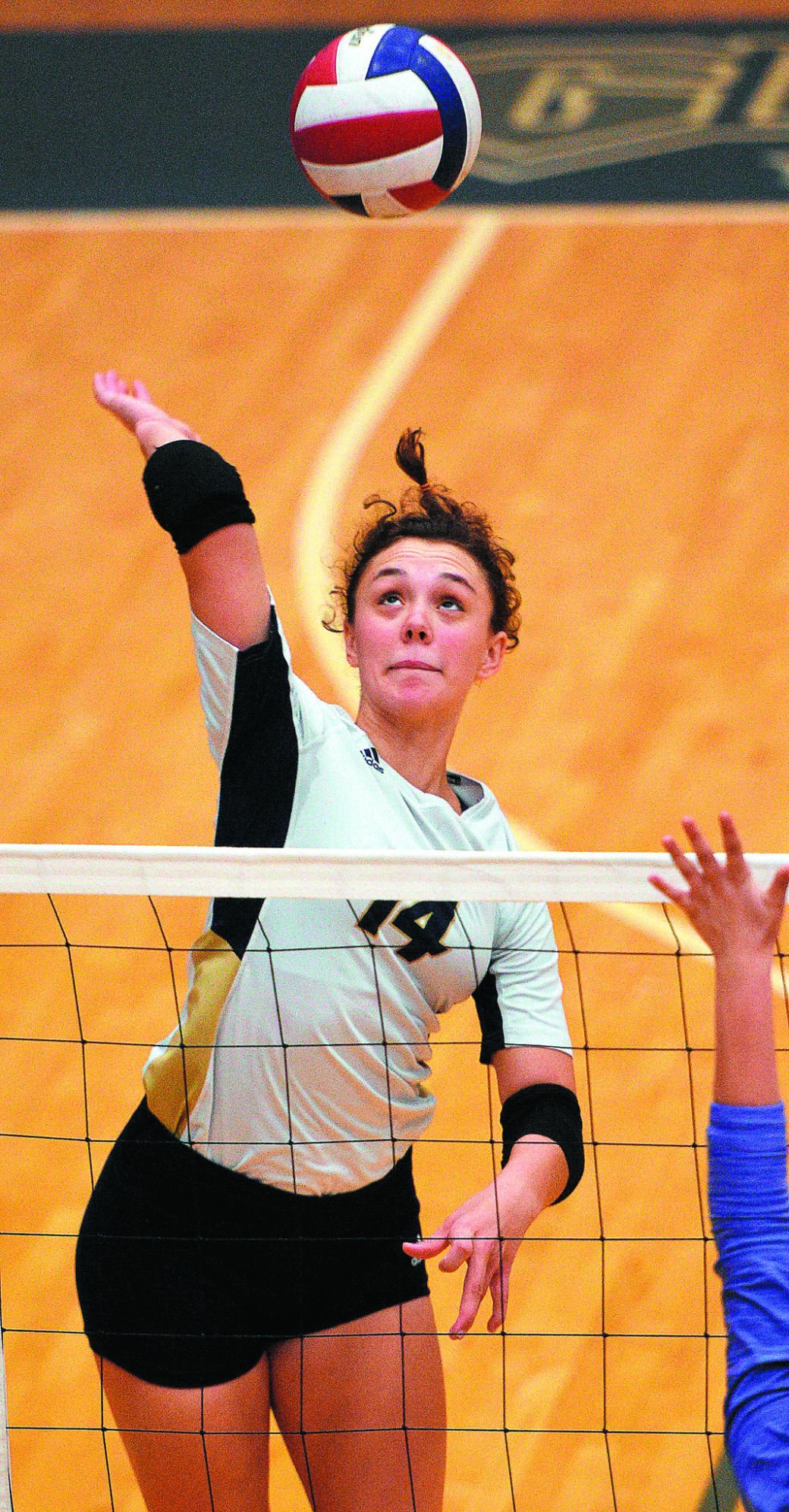 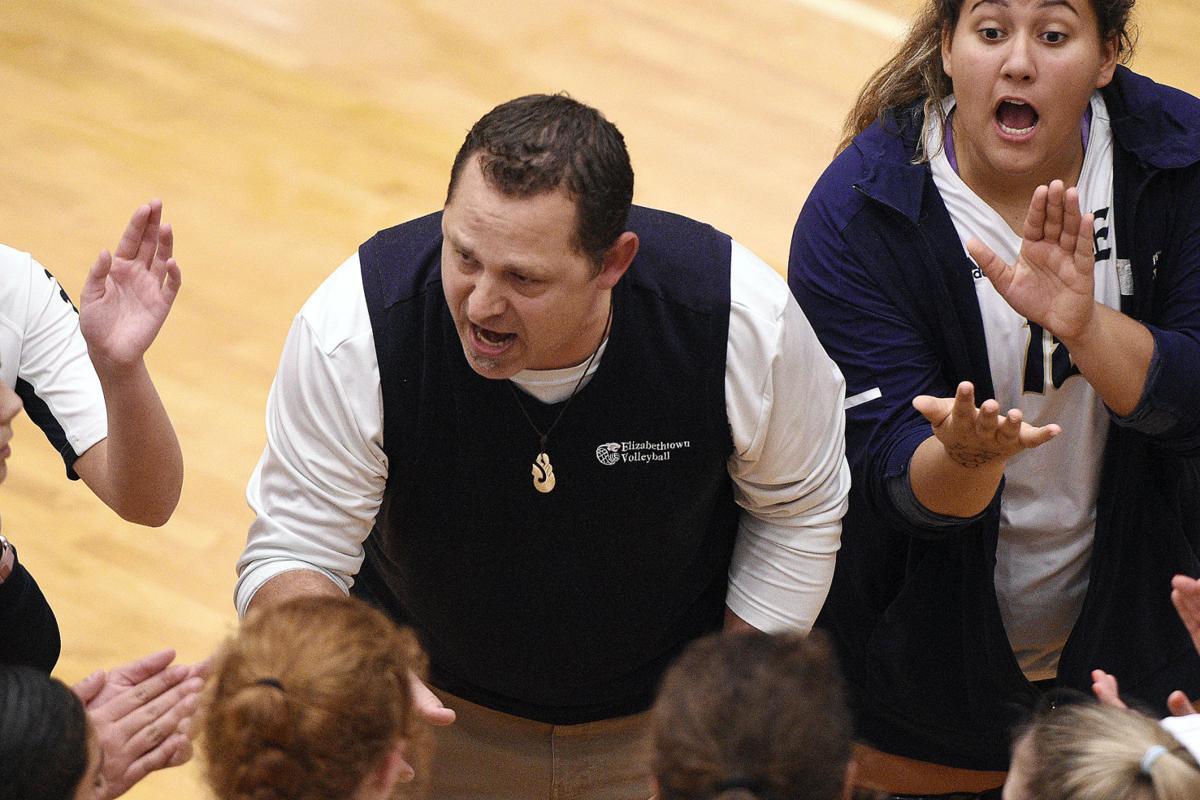 Coach Bart Catlett talks to the team while senior Bailey Thomas shouts encouragement during a timeout in the 5th Region Tournament last week at Thomas Nelson.

Coach Bart Catlett talks to the team while senior Bailey Thomas shouts encouragement during a timeout in the 5th Region Tournament last week at Thomas Nelson.

The outside noise can cripple a team if the players allow it.

“We had expectations within ourselves as a team,” Coach Bart Catlett said. “Our first goal was try to earn the No. 1 seed in the district tournament because it makes your pathway into the region a little easier. You have to make sure you win your first district tournament game, and then after that, it’s just survive and advance. Our second goal was to win Region and see what kind of draw you get. We’ve done both of those before, not a lot, but we’re looking forward to going to the state tournament.”

That happens today at 2 p.m. in a meeting with Louisville Mercy at Louisville Valley High School in the KHSAA State Volleyball Tournament.

“Whether or not we’re able to win the game, being able to play them and have film and know what they do and know what they’ve got is huge,” Catlett said. “There’s probably some things they didn’t show us. Had we gotten to play Sacred Heart this year, that would have helped us with this Mercy match. Just getting to go play those parochial schools shows you a different type of volleyball, and it shows you what level you need to play at. Having played them once, there’s some things we’re gonna game plan for to try and help make it closer this time.

“Let’s get one set and see what happens. If we can get one set, I’ll feel pretty good. Maybe we get two sets. If we can get two sets, then it’s anybody’s game. We’ve got a game plan, we’ve got some things we’re gonna try to do. The No. 1 reason they beat us at Mercy was serve receive. They served at like 98 percent. They hit hard floaters, which are like knuckleballs, which are so hard to read — and they would hit them either a foot or two in front of the 10-foot line or they would hit the back two feet of the court in each corner. We had never seen a team serve like them all year. That was the biggest factor in the game.”

“Athletic-wise, I think we’ve got a few of our kids that will match-up with their athletes OK,” Catlett said. “They’re the best serving team I’ve seen in maybe all my years coaching here at E’town. They do a phenomenal job serving. Having that film and having that experience of knowing what to expect in big for us. We know that we can’t give up more than two points at a time to be able to stay in the game. They can’t go back and serve off six straight against us, or we don’t have a shot. That gives us what we need to focus on.”

“You go play teams better than you to try to make yourself tougher,” he said. “If you’re in a tight game against a team like Taylor County and you remember, ‘We took a set off North Oldham earlier in the year and we played really hard against them’ you realize, not to take anything away from Taylor County, but North Oldham is a lot better team and we were hanging with them and playing with them. I guess it gives you the confidence to play at a higher level. Maybe you’re not playing that well at the time, but it gives you that confidence to be able to go out and say, ‘Let’s get it done. Let’s finish this.’

“My kids, win or lose, they’re gonna come back and fight you.”

This team knew it was good from the beginning. There was no hiding that.

“I think a lot of the girls who played last year came into this year with high expectations,” Catlett said. “I think they did feel like they were one of the better teams in the region. They went out and showed people that, but I don’t think they put a ton of pressure on themselves.

Thirteen of last year’s roster of 17 is back in uniform.

That started over the summer, traveled throughout the locker room and appeared in all its glory during the 5th Region dogfights.

Elizabethtown comes in at 35-3, losing to Mercy, North Oldham and DuPont Manual, who are a combined 81-21.

“This group is different. I feel like they put a lot of pressure on themselves sometimes. But I think maybe they play better with pressure,” Catlett said. “All year we’ve been notorious for playing at the level of our opponent, no matter how high or how low. That’s just part of that boxer’s mentality I guess. That you’re gonna go out and take jabs and figure out what you’ve got to do to finish it.

This one, obviously, won’t be easy.

The Lady Panthers enter the ring as Buster Douglas to Mercy’s Mike Tyson.

“When we go play the Louisville schools, we’re the underdog,” Catlett said. “There really aren’t many expectations there. But when we play around here, people love beating E’town. We’re used to being somebody’s big game every year. Our expectations are just to play and play hard.

“No matter what personnel we have, whether we just graduated 10 kids or didn’t graduate any kids, it’s the same every year around here in the district and the region — people like to beat us. We want to go out and play hard and make sure we game plan for each team and try to go execute that game plan. Our expectations are try to win every game.”

Catlett said he has seen every member of his squad improve, all in different areas.

The leader of that group is setter and middle hitter Sydney Clark.

She is second in the state in blocks and 11th in kills.

“I worked a lot,” she said of last summer. “I had basketball practice and then I would leave for volleyball. I did two sports the whole summer. I put a lot of effort into it because I know I want to play volleyball in college. It was not easy at all. Sometimes I just wanted to lay on the couch and pass out. I knew I couldn’t do that. I knew I had to work to get the result I wanted.”

“Me, M.E. and Elizabeth traveling up to Louisville helped get to know each other more,” Clark said.

“Sydney wasn’t playing well and wasn’t feeling it,” Catlett said of the Taylor County game in the 5th Region Tournament semifinals. “The other ones stepped up and said, ‘It’s all right. We’ve got this. You just set the ball. You take care of blocking. We’ll take care of the rest.’ She was struggling. She looked at me and said, ‘I don’t feel good.’ She’s never said that. I said, ‘We’ll put somebody else in.’ She said, ‘Don’t take me out, but we need to find something else because I’m not getting it done.’ Once the other ones heard her say that, they were like, ‘Let’s go.’”

“She was mad,” Catlett said of Godfrey in that match. “I think she got mad because of all the distractions all the whatever, and Jada saying, ‘Girls, you just win this one.’ Maybe that was some extra motivation. She was on a mission and focused on, ‘Just give me the ball. I’ll take care of it.’

“She was having fun, but it almost looked to me that she was mad because I think she had struggled some in serve receive and she probably wasn’t playing the best she could. I think she kind of took it on herself, as in, ‘I’m not doing what I need to do. I need to fix it right now.’ She was jumping higher and hitting harder that game than I’d seen all year. She was on a mission.”

Junior libero Presley Payne is all over the court, totaling 360 digs and has served 50 aces.

“I don’t know that I’ve ever seen a kid where the ball is two feet off the ground, 15 feet away from her and she still gets a touch on it and gets it up,” Catlett said. “She’s so fast and so athletic. There’s balls that she’s dug this year and touched that no one else on the team could. I don’t care how fast they are or how well they read it, no one touches that ball except for her.”

Eleanor Beavin, the KVCA Defensive Player of the Year, has 600 digs and 80 aces.