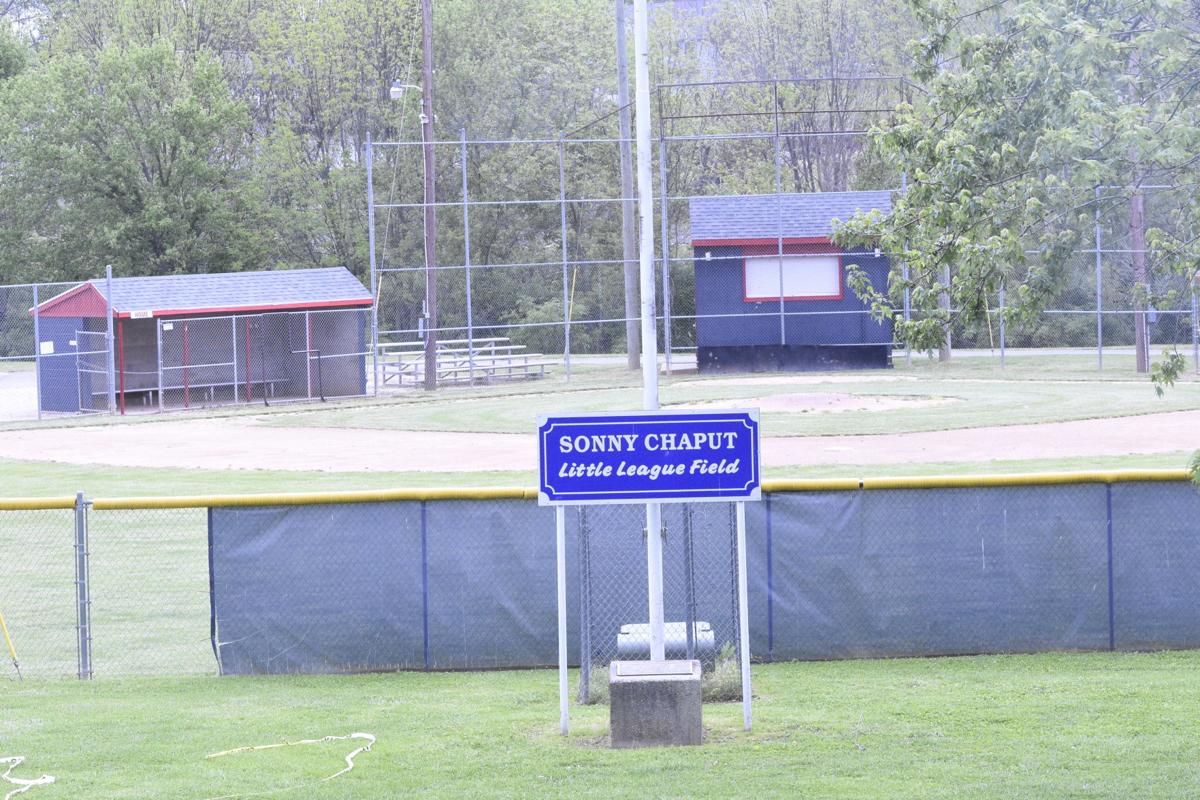 Sonny Chaput Little League Field at Elizabethtown’s University Drive Park remains empty Monday during the youth sports hiatus resulting from the COVID-19 pandemic. The field, along with others used by the Elizabethtown Area Baseball Commission at the park, will be see games this summer following the announcement to allow some youth sports in Kentucky to resume June 15. 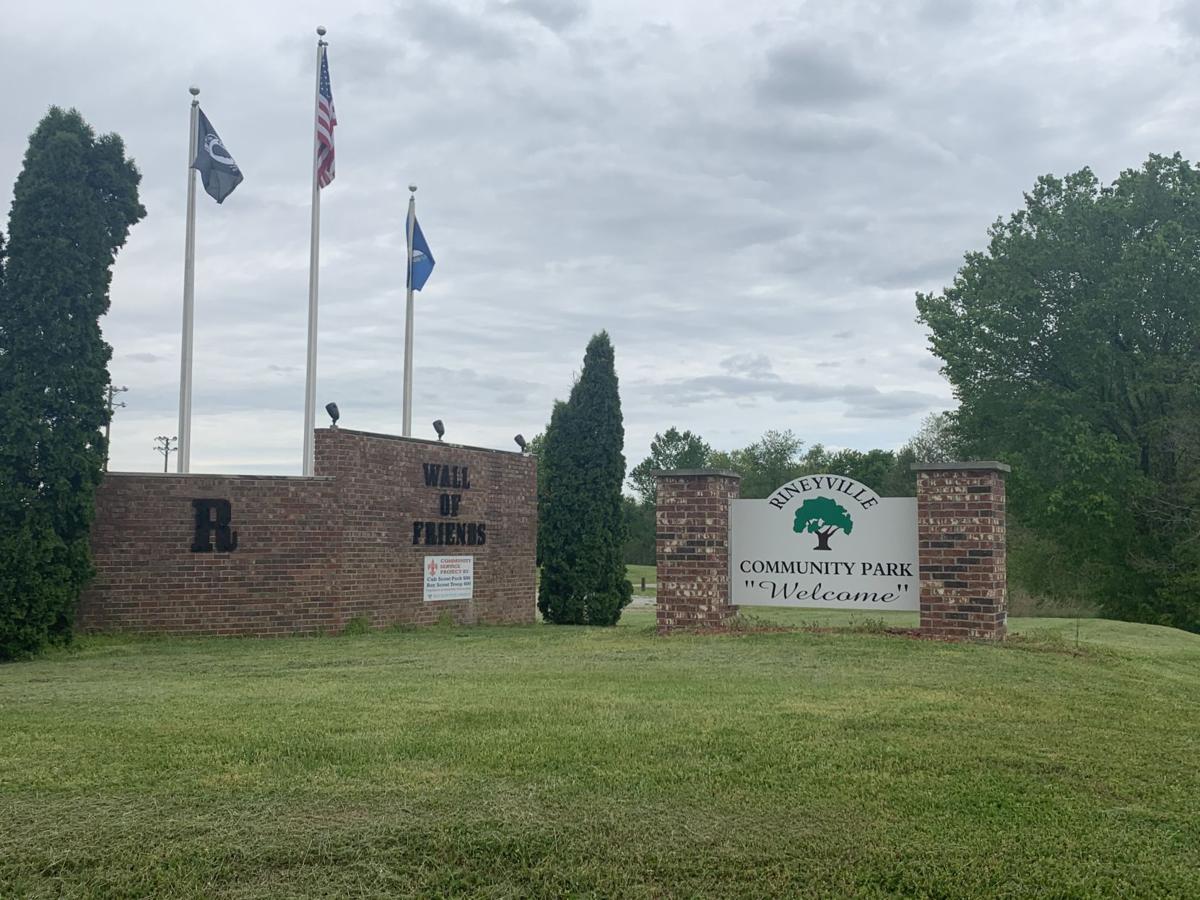 The baseball and softball fields at Rineyville Community Park will have players and teams back in action later this summer. The Rineyville Youth Baseball and Softball League plans to devote July to practice, with games starting up in August and running into September.

Sonny Chaput Little League Field at Elizabethtown’s University Drive Park remains empty Monday during the youth sports hiatus resulting from the COVID-19 pandemic. The field, along with others used by the Elizabethtown Area Baseball Commission at the park, will be see games this summer following the announcement to allow some youth sports in Kentucky to resume June 15.

The baseball and softball fields at Rineyville Community Park will have players and teams back in action later this summer. The Rineyville Youth Baseball and Softball League plans to devote July to practice, with games starting up in August and running into September.

Many states, Kentucky included, have begun the arduous process of reopening in a safe manner since COVID-19 shut down much of the country in March. For most areas, this means a phasing process of allowing more semblances of normal life to resume.

Here in Kentucky, the first plans for the resumption of sports recently have been announced.

Last week, Gov. Andy Beshear announced steps the state would take as part of phase 2 of reopening. This included a plan for the resumption of some youth sports beginning on June 15. These youth sports are allowed to resume under the stipulation that they are low-touch and played outdoors.

With baseball and softball falling into this category, many local youth leagues now are preparing to kick off their 2020 seasons in some capacity next month.

The News-Enterprise sports department reached out to some of the surrounding area’s baseball and softball leagues to discuss their plans on how their seasons will work and how they will be conducted in a safe manner.

Elizabethtown Area Baseball Commission. Currently, the commission is planning to run a regular season of between 10-14 games for each of its teams. League Commissioner Don Hill laid out several steps the commission will have to take in order to carry this plan out safely and within health department guidelines. This included sanitation work ahead of the league’s resumption and making sure social distancing guidelines can be carried out.

By getting started on these measures now, Hill hoped teams could begin to practice around the June 15 restart date.

“What we’re doing right now is just doing prep things, trying to make sure that’s going to be able to work for us,” Hill said. “It still has to do with the Governor and also the city and (Mayor Jeff Gregory). When we do it, we’re gonna try to practice a couple weeks and get everybody in the same mindset of what they can do, what they can’t do and then we’re gonna plan on having a season.”

Hill said the league would meet some time this week or this weekend to discuss its options in terms of scheduling and start dates, as well as other issues such as uniforms, teams and guidelines for how players and coaches should act.

Ahead of this meeting, Hill believed games would begin in July or the last week of June after a few weeks of practice. This start date for games will depend on making sure everyone is on the same page.

“It’s a community effort, to be honest with you, with the commission,” Hill said. “We’ve just gotta make sure everybody’s on the same page and doing everything that they’re supposed to.”

Hill has been in communication with other Babe Ruth district commissioners and presidents around the state, as well as the state commissioner. He said while a Babe Ruth world series was unlikely, there were dates in mind for a district tournament and state tournament after the regular season.

Up to last week, Hill only has had three people request a refund for players that already are signed up, of which two of the three were players moving out of town.

With this in mind, Hill indicated the reception to the EABC’s plans to proceed with the 2020 season have been very positive from parents.

“I talked to one of the commission members (Thursday) and he is over the six-year-old group and tee ball and that area and he coaches in the Peanut League,” Hill said. “He told me (Thursday) he’s had nothing but people calling him and telling ‘We’re ready to go. We’re ready to go whenever you are. We want to play baseball.’

In addition to sanitation work and social distancing guidelines, Hill said the commission is working on other questions, such as how to have umpires on the field and how to make sure parents can attend games. Some of the ideas for parents included letting them be on the field with players at the tee ball level or closing off the bleachers and allowing parents to bring their own chairs instead.

“We think we can operate and make it a little bit different than it has in the past, but everybody at this point that we can make it happen by a few adjustments,” Hill said. “We’ve been discussing and thinking and talking about this thing for two months, it seems like, so it’s not something that we’re just gonna jump into. We’re gonna talk it out and make sure everybody’s on the same page.”

Rineyville Youth Baseball and Softball League. At Rineyville Community Park, the plan to get baseball and softball teams back on the field currently is in the works after youth sports were given the June restart date.

League Commissioner Jody Watson explained the season likely would kick off later in the summer as opposed to closer to June 15.

“We’ve decided to maybe just take the month of July to practice,” Watson said. “That way, it kind of gives us a time to ease back and not have so many teams all together at first and see what else is going on in the state.”

Under this plan, games would commence over a six-week period from August through the middle of September. While the season’s August start dates for games was not predetermined, Watson said the plan for the league from the start of the shutdown was always to try and get a season in for the kids at some point.

Watson acknowledged the season’s start and end date potentially could interfere with other youth sports and school sports that would begin later in the summer as the calendar gets closer to fall. At the same tine, he said the plan to proceed has been largely well-received so far.

“Everything I’ve got has been good response,” Watson said. “I haven’t had anybody with a negative so far.”

Despite the potential for interference with the start of fall sports, Watson said he expected the league to potentially add players instead of losing players.

The Rineyville League runs from age four at the tee ball level through age 16 for both baseball and softball. Watson explained this meant there were middle school and younger high school players who could potentially join in order to get some time on the field this season after the cancellation of spring sports at the school level.

“Sports that they were gonna play in the spring season, high school ball and middle school ball, kind of held them away from playing the rec league,” Watson said. “Now that that’s not being offered, we may pick up more children, we’re hoping.”

In terms of preparation for the start of the season, Watson said the league is continuing to evaluate what this preparation looks like from a safety and sanitation perspective. He indicated this would be heavily influenced by government guidelines.

“We’ve gotta see where the government stands on what we need to have done and what’s gonna be the requirement,” Watson said. “We’ll adhere to all those rules, for sure.”

Once the season does start, the league plans to similarly follow state guidelines as far as social distancing measures are concerned.

“We’re just gonna try to keep everybody as far apart as possible,” Watson said. “If the state sets protocols for parents only or this or that, we’ll surely follow in those as required.”

Since the league already had finished its registrations and teams already had been drafted prior to the shutdown, South Hardin Sports Vice President Lindsey Bridges said it could just pick up where it left off.

“We are going to start practicing the week of June 15,” Bridges said. “We had already taken registrations, drafted teams, contacted our teams, we’d done all of that and then just went on hold until things worked out and until we got a plan from the Governor on what we could do, so we’re already ahead of the game on that.”

These first few weeks of practice will be followed by games commencing the week of July 6, with the season lasting six weeks. The week of July 6 is when the league normally wraps up its seasons.

With this in mind, Bridges said the league plans to implement a refund policy for those no longer interested or unable to play this season due to conflicting obligations, among other reasons.

While there have been some refunds issued, Bridges said the number has been low.

At the other end, South Hardin Sports still is accepting registrations for players looking to get some baseball and softball in this summer.

Safety precautions South Hardin Sports will be taking this season include requiring each player to use their own equipment, such as bats and gloves. During each game, the league also will be swapping the ball out after each inning.

Dugouts and adjacent bleacher areas will be designated as player zones only. This is being implemented to help spread players out and keep the six-foot spacing in mind.

With the bleachers reserved for players, parents and fans will be asked to bring their own chairs and stay with only their direct family members to further comply with social distancing guidelines. There currently are no caps on the number of people who can attend games.

“That’s sort of our main plan there is that we are going to take the six-foot social distancing seriously and comply with that,” Bridges said. “Whether it’s with our players, whether it’s within our fan zone, those types of things.”

Additional sanitation plans include spraying down dugouts between games and keeping restrooms clean. Hand sanitizer also will be readily available.